As we look forward to celebrating International Youth Day (12 August), let's hear from Compassion's sponsored children around the world as they share their dreams for the future.

Poverty can rob children of their dreams. It can limit both their possibilities and their perspective on the world. But when children in poverty are sponsored through Compassion, they're given the opportunity to dream big. And there’s hope that one day their dreams may become reality. Thanks to the care and faithful prayers of our church partners and sponsors, those dreams become promises.

We asked sponsored children from our projects around the world what they want to be when they grow up. Let’s be encouraged by these children and their God-given passions and potential. Let’s help them reach their goals.

When I grow up, I want to be an astronaut 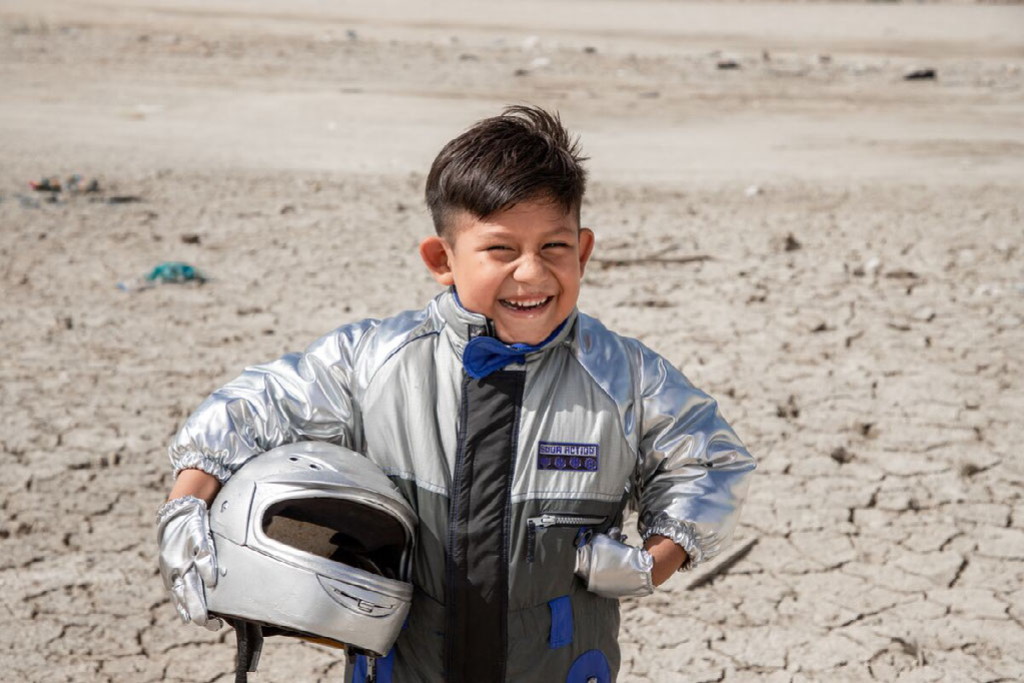 Justin is a child who dreams big. This seven-year-old wants to become an astronaut, but not for conventional reasons. He wants to reach other planets to bring help to Earth, because every day our world is more polluted.

“I want to be an astronaut because I believe that we can reach other planets and bring machines and technology to clean the oceans and seas,” says Justin. “I want to remove all the garbage and plastic and send them away from our planet.”

Justin lives in La Libertad, on the south coast of Ecuador. He’s seen how the beaches are becoming increasingly dirty. His community’s also notorious for its environmental pollution. The streets are full of rubbish. But each week, Justin’s learning at the Compassion project that God’s calling us to make a positive impact on our world.

Justin’s starting out small. Every week he goes out to clean the street in front of his house. He wants to teach other children the importance of not polluting. Being an astronaut is a big dream, but what’s key is that Justin believes it’s possible to improve our world.

When I grow up, I want to be a teacher 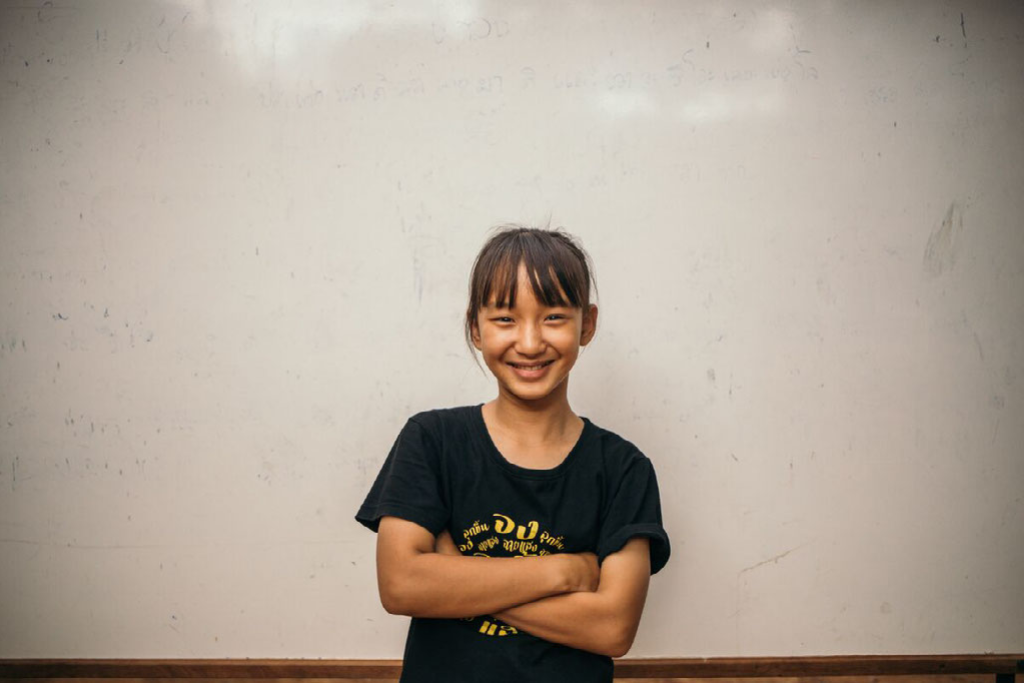 Eleven-year-old Chonlada in Thailand wants to be a teacher when she grows up. She lives in Ban Naklang village, surrounded by mountains and forests and far from urban life.

People who live there are mostly farmers, and families survive on low incomes. In the past, few children continued their education past grade three, usually eight or nine years of age. The highest was primary school grade six.

Since Compassion began partnering with a local church in the village, life is changing. The registered children at the Ban Naklang project are encouraged to have dreams and are given support to help achieve them.

“I see our tutors at the project, teaching us children with joy. It is so inspiring to me. I want to have joy like them and help children when I grow up by teaching children in my village,” says Chonlada.

When I grow up, I want to be a vet 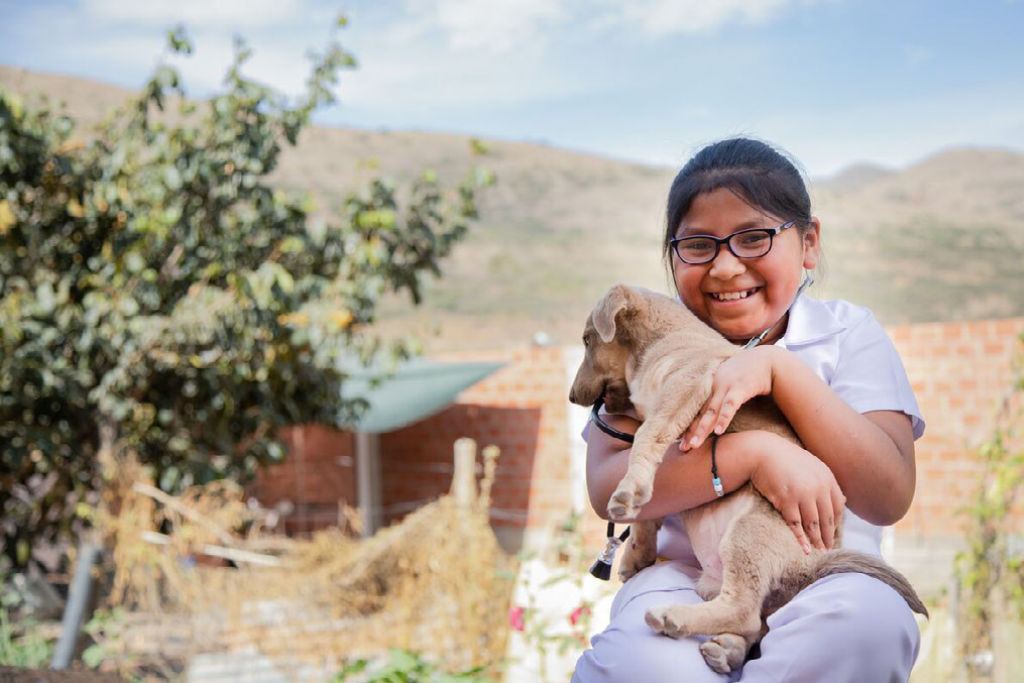 High in the hills of Bolivia, Camila dreams of becoming a veterinarian and healing all the animals in her community. She’s eight-years-old.

“It makes me so sad when I see animals that are abandoned, sick or mistreated. My favourite animals are dogs, but I want to heal all kinds of animals; I’m not afraid of them.”

When I grow up I want to work in a bank 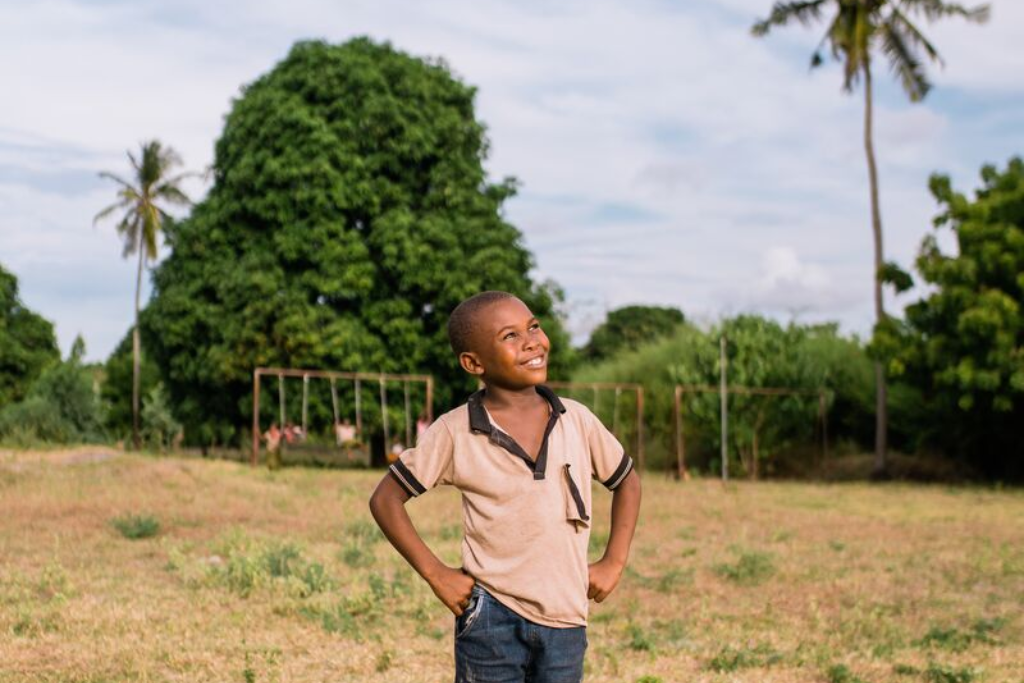 Life in town may be difficult, but for many children from Bagamoyo, Tanzania, the church has become a place where they can dream big for their future.

Ten-year-old Rashid has a passion for dance, but wants to work at a bank.

“I know my parents don’t make a lot of money,” says Rashid. “That is why I want to work at a bank so that I can help them. I want to build a better house for them and buy them a car. I am not sure if I will be able to do that by being a dancer.”

When I grow up, I want to be a police officer 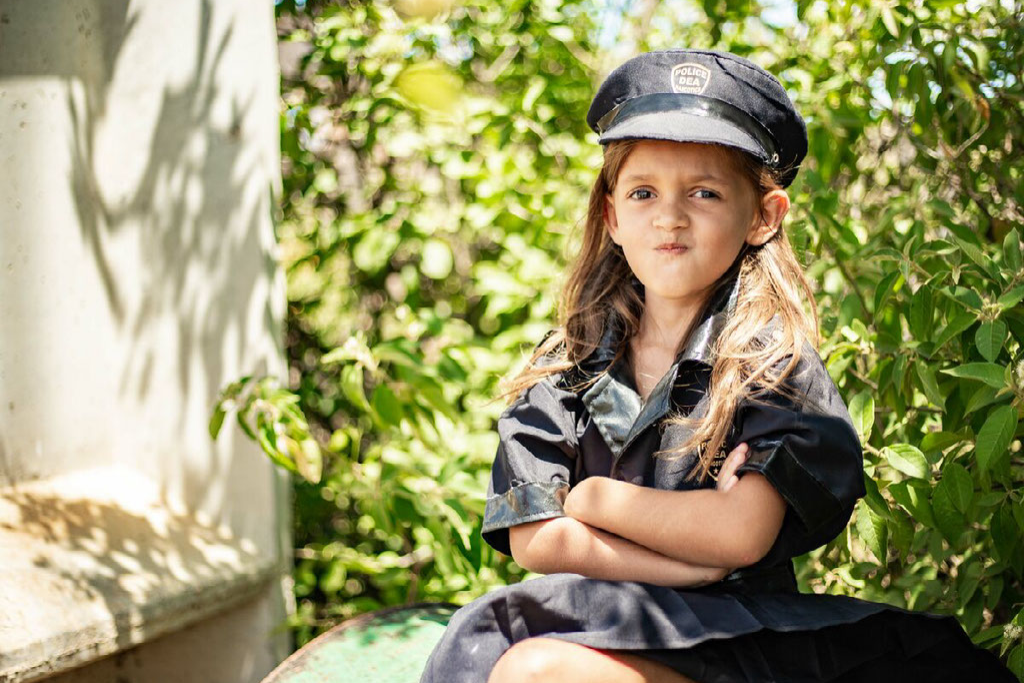 Being a police officer is often considered a job for men in Pombal, Brazil, but six-year-old Tayla already dreams of fighting against the crime that ravages her community.

“I’m a girl, but I can do it! I’m brave too!” says Tayla. “Being a police officer is all I want to be. There are a lot of bad people living in our city. I don’t like this. I want to fight against them.”

Tayla lives in one of the more dangerous places in her city. It’s not rare to hear that a friend lost a relative to murder. The rest of the region often stereotypes everyone in her community as a criminal.

Being a girl in this context is even more challenging. The culture doesn’t often encourage girls to fight for independence or empowerment. Many girls become mothers at a young age, and they’re discouraged from pursuing jobs that’re considered only for men.

But this thinking doesn’t work for Tayla. She believes fighting crime is her way to make the world better. At the Compassion project, Tayla’s tutors encourage the children to take responsibility in building a better world, boys and girls together, side by side.

When I grow up, I want to be a civil engineer 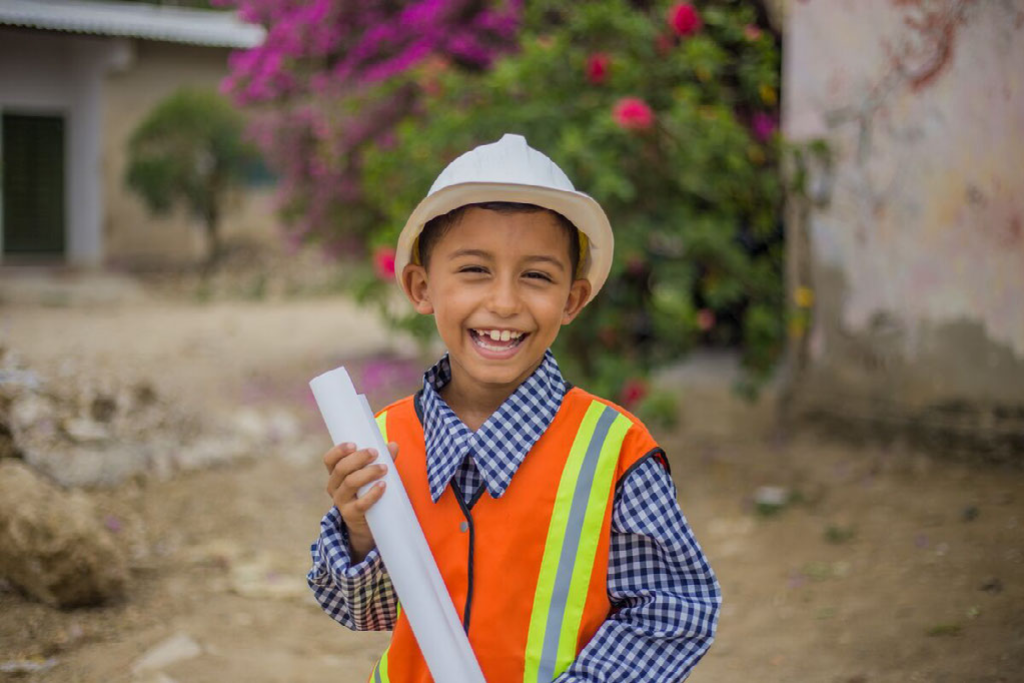 Santiago lives with his family in one cramped room in Sincelejo, Colombia. His grandmother provides for him by making garments on her old sewing machine. Living in this small space and seeing all the work his grandmother does motivates Santiago to become a professional so he can give his family a better quality of life.

“When I grow up, I want to be a civil engineer to build bridges, highways and a big house for my family,” says Santiago. “To be an engineer, I have to be the best at school, and I am already working on that.”

When I grow up, I want to be a doctor 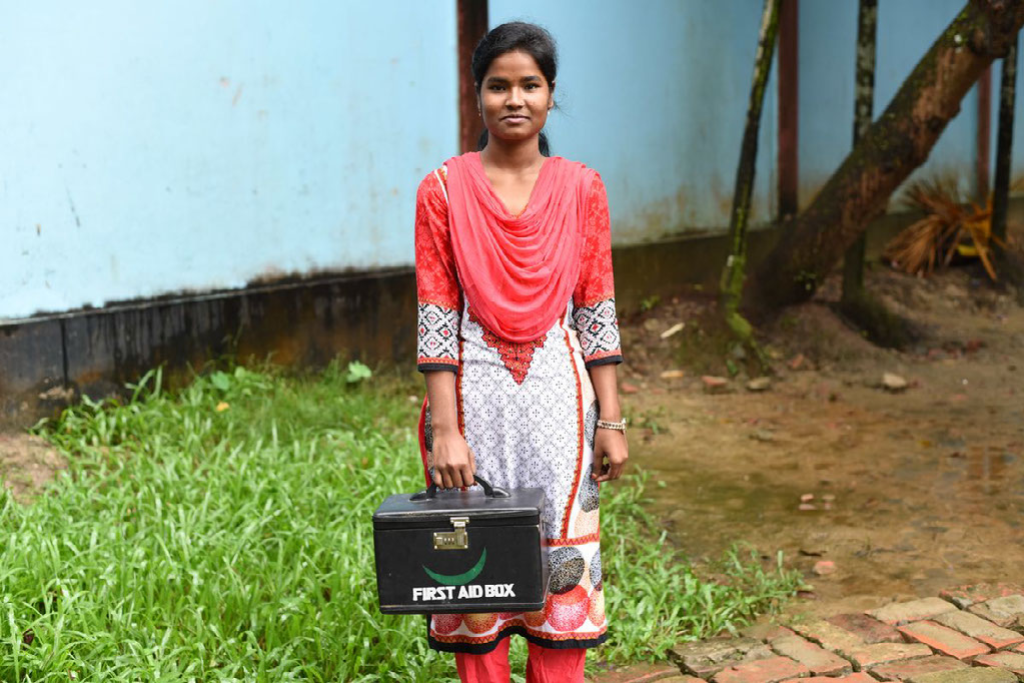 Moyna in Bangladesh is the eldest of three sisters. Her mother works as a cook at a paying guest house, while her father’s a rickshaw van rider.

Despite the challenges of her daily life, Moyna’s determined to become a doctor one day and make her family proud. She also has plans to educate her sisters to higher degrees and make them confident and self-sufficient in their lives.

“With our present situation, I don’t know how things will turn out, but I want to be a doctor and save peoples’ lives,” says Moyna.

“I lost my elder sister when I was younger. By having known the pain of the loss, I wish no one has to ever face such a day.”

When we grow up, we want to be chefs 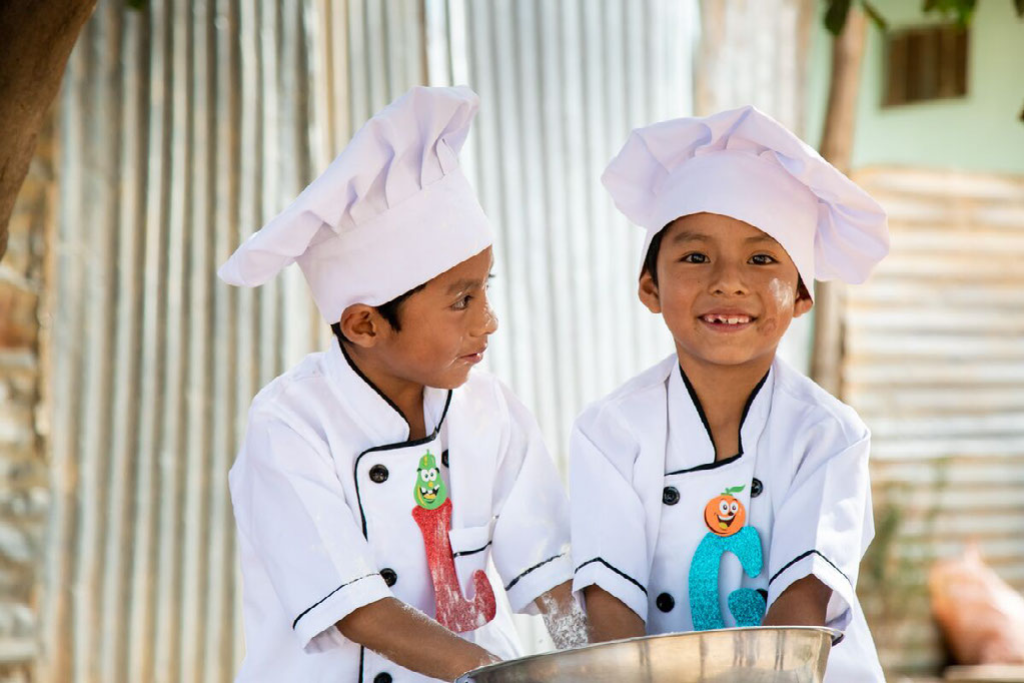 Eight-year-old twins Gabriel and Leonel are shy, but together they are dynamite. They share a passion for soccer. They also have one dream in common: to become chefs when they grow up.

“We want to be chefs because we like to cook, and we want to work here in Bolivia, in a restaurant,” says Gabriel.

Gabriel and Leonel live an hour away from Cochabamba, Bolivia. Not many people live there, so there’s only one school and it’s not close to their house. But their sponsors’ letters are encouraging them to keep dreaming and working hard!

When I grow up, I want to fly high 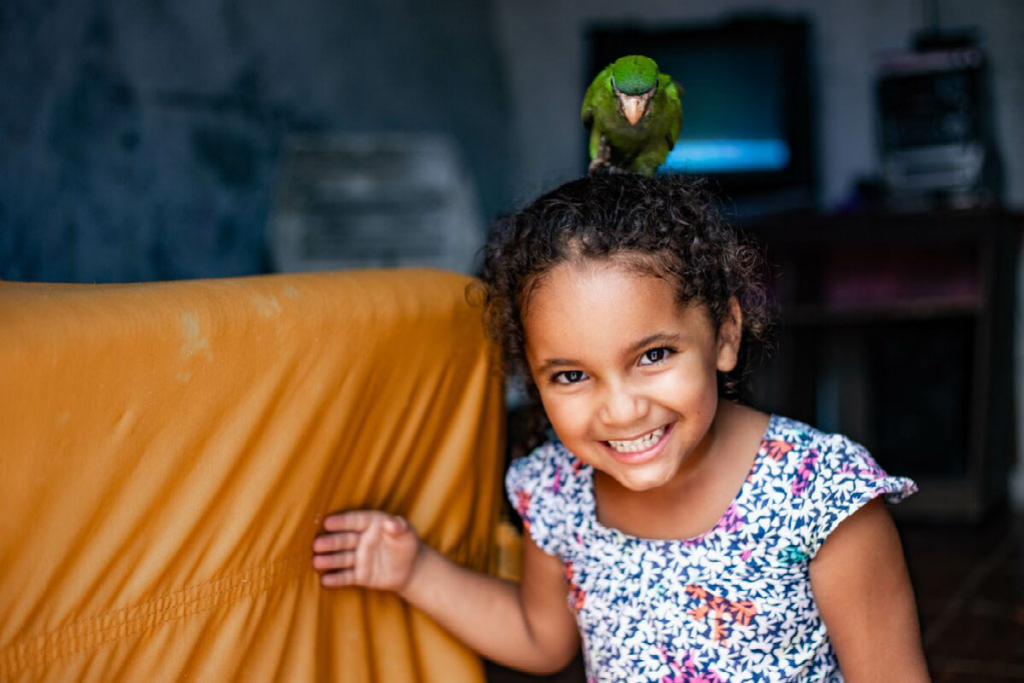 Four-year-old Maisa in Brazil was born with a congenital malformation that means her legs didn’t develop. Despite being unable to walk, her optimism is infectious, and she has found acceptance and encouragement at her Compassion project.

“I want to be a bird. I want to fly in the sky like the white dove of my favourite cartoon,” says Maisa.

“If I could fly, I would fly as high as possible until I reached Jesus. He lives in Heaven, and I'd love to meet him."

When I grow up, I want to work in IT 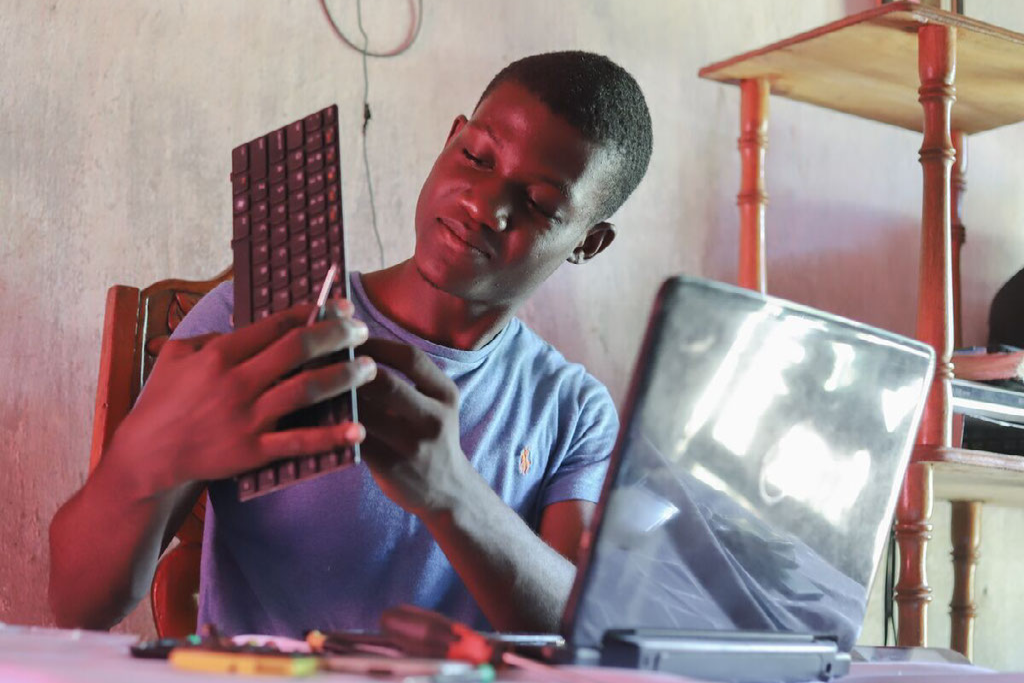 Woodens' family cannot afford a personal computer and his community faces constant electricity blackouts and internet connectivity problems. Despite this, the talented 17-year-old is not only pursuing his dream of a career in Information Technology, but he’s also already living it out through the support of Compassion's church partner.

"I dream of becoming a great IT professional and a great entrepreneur as well," says Woodens. "I want to be a role model for my brothers and sister by showing them the importance of education. I would like to motivate them through the fruits of my efforts."

Think these children’s dreams are out of their reach?

Meet some past graduates of Compassion’s programme. 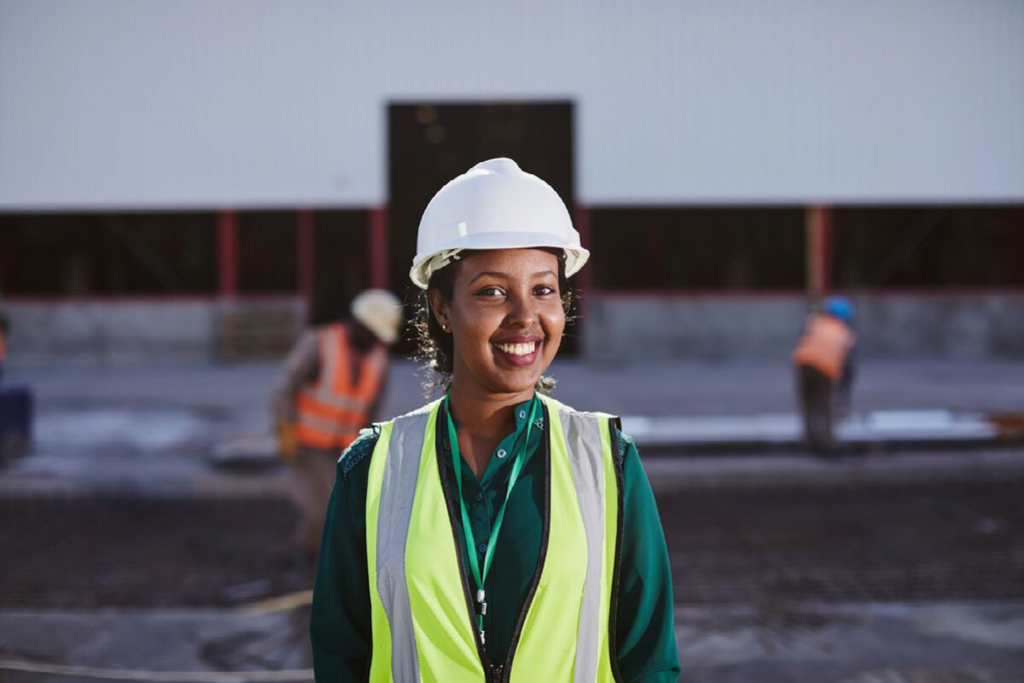 Bethelhem works as a civil engineer for an international drinks brand, creating designs for a manufacturing and bottling plant. “My sponsors built my future. They made me what I am today,” says Bethelhem. 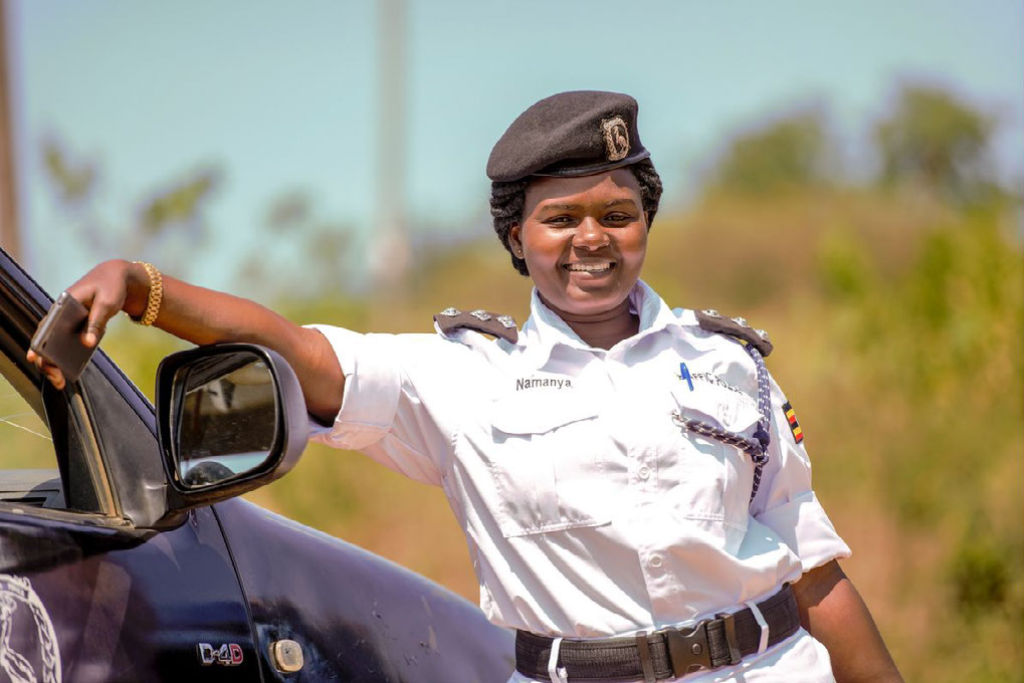 Doreen in Uganda works with such integrity that she now supervises 29 other officers. 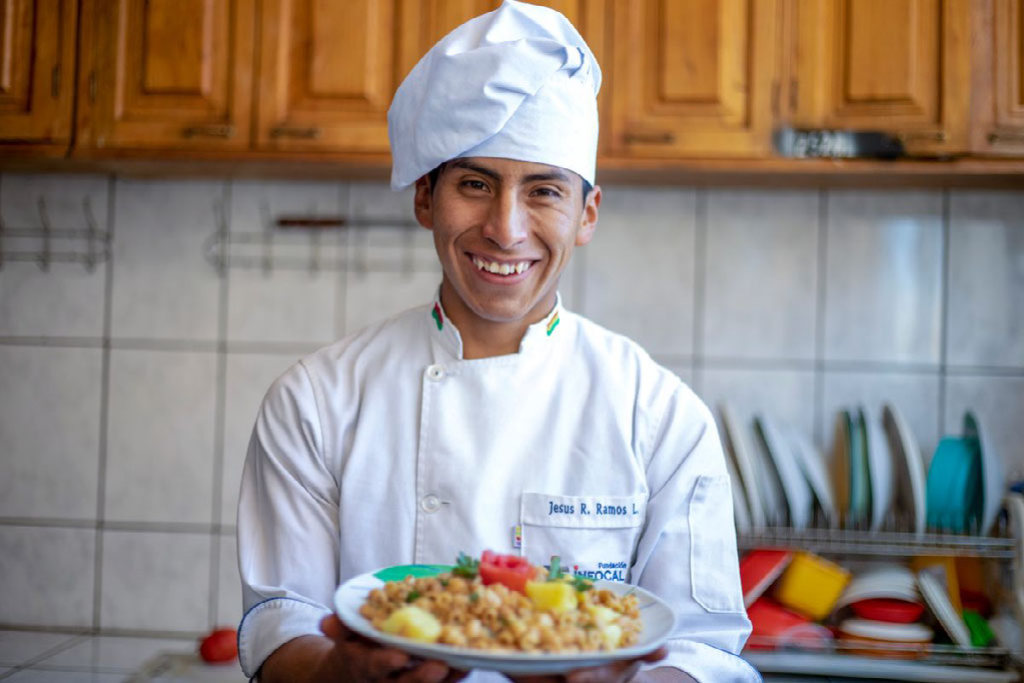 Jesús learned he wanted to be a chef through Compassion, and now he wants to pay it forward.

“I received encouragement from the tutors regarding what to study, and that’s how I discovered that I like to cook. My sponsors encouraged me, too. They told me I could do it,” says Jesús. “I would like to feed all the people who need it for free. There is a lot of need, but I believe there is hope for the children who have low economic resources. The hope is in Jesus Christ.”

Thank you, sponsors, for helping children reach for their dreams.

The children you met today are just a few of the two million children who are getting a chance to dream beyond the poverty that surrounds them. They’re learning that poverty doesn’t define them.

Thanks to their sponsors, they’re learning to look up to Jesus in hope and trust. They’re learning to keep aiming high as they dream of and work toward their future – not only for themselves, but for their families, their communities, and the world.

You can be an instrumental part of their future too.

This story originally appeared on the Compassion USA blog.