Visitors to Thailand experience beautiful beaches, resorts and ancient ruins. However, many citizens face a range of complex challenges and pressures as they struggle to make a living. Compassion-supported children experience these realities daily. But at the Compassion project, there is hope. 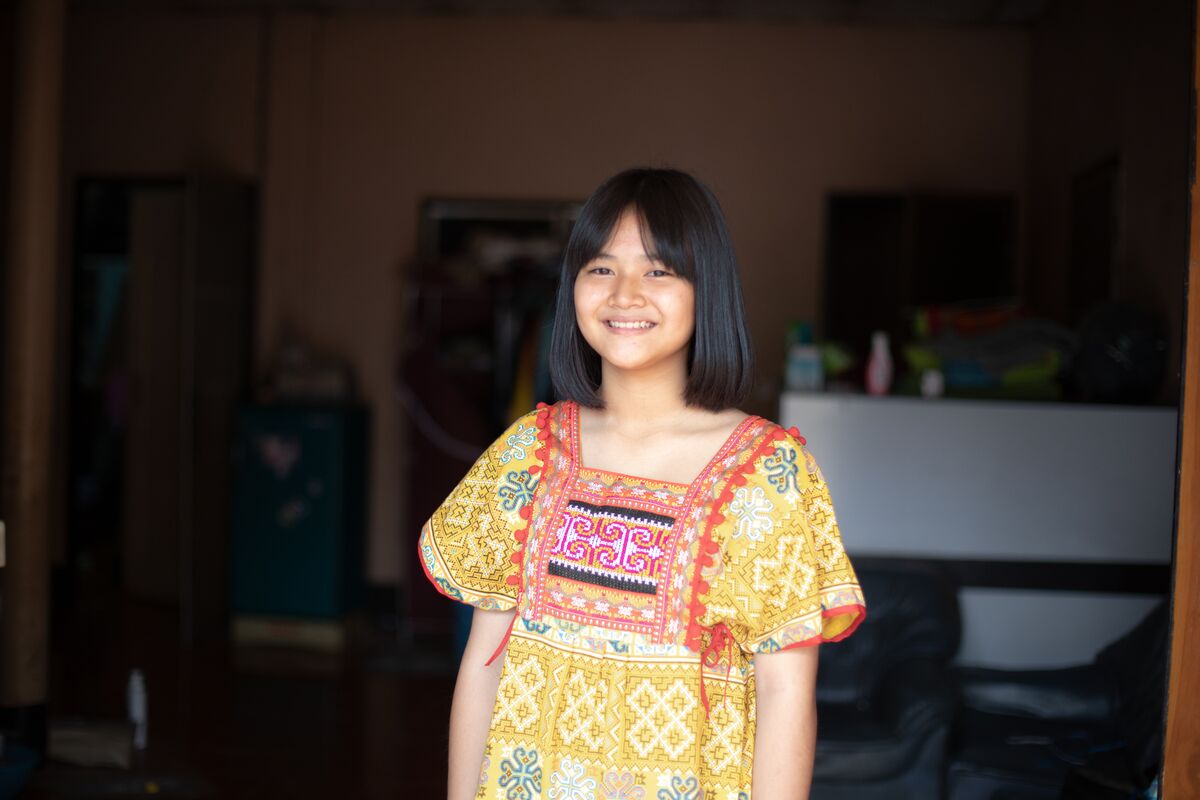 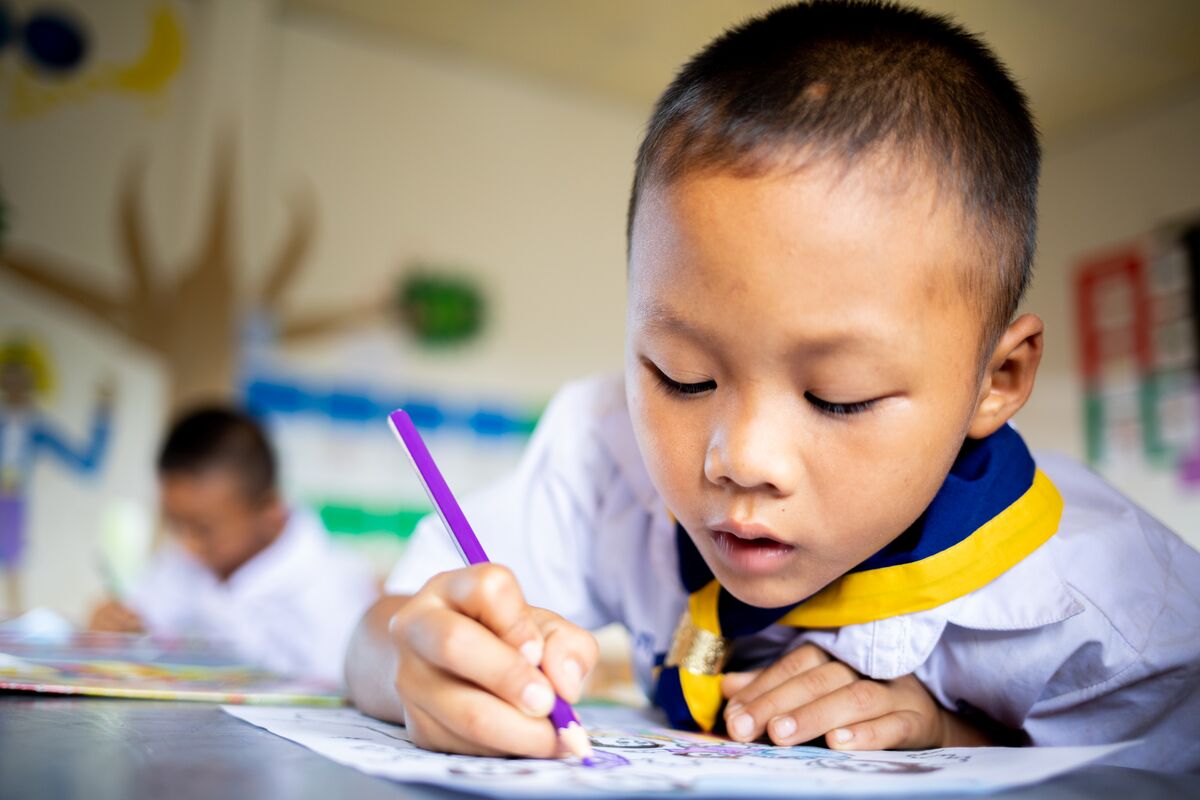 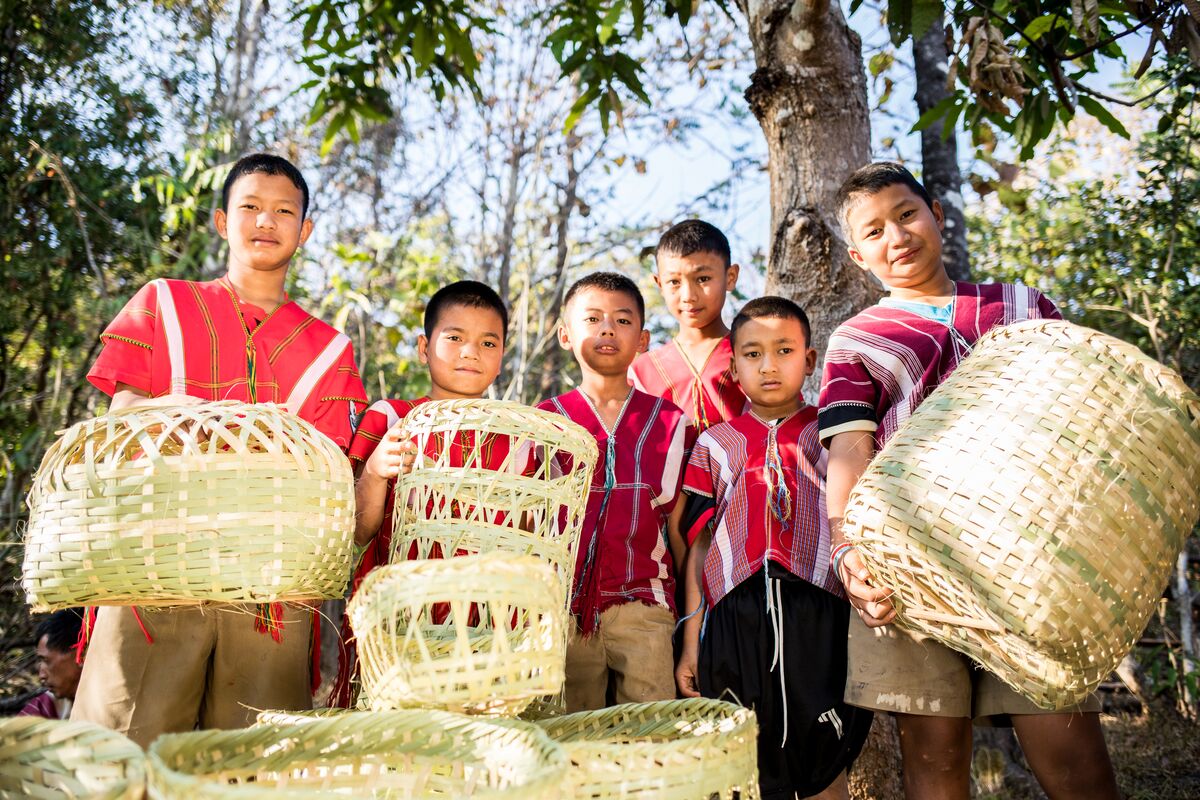 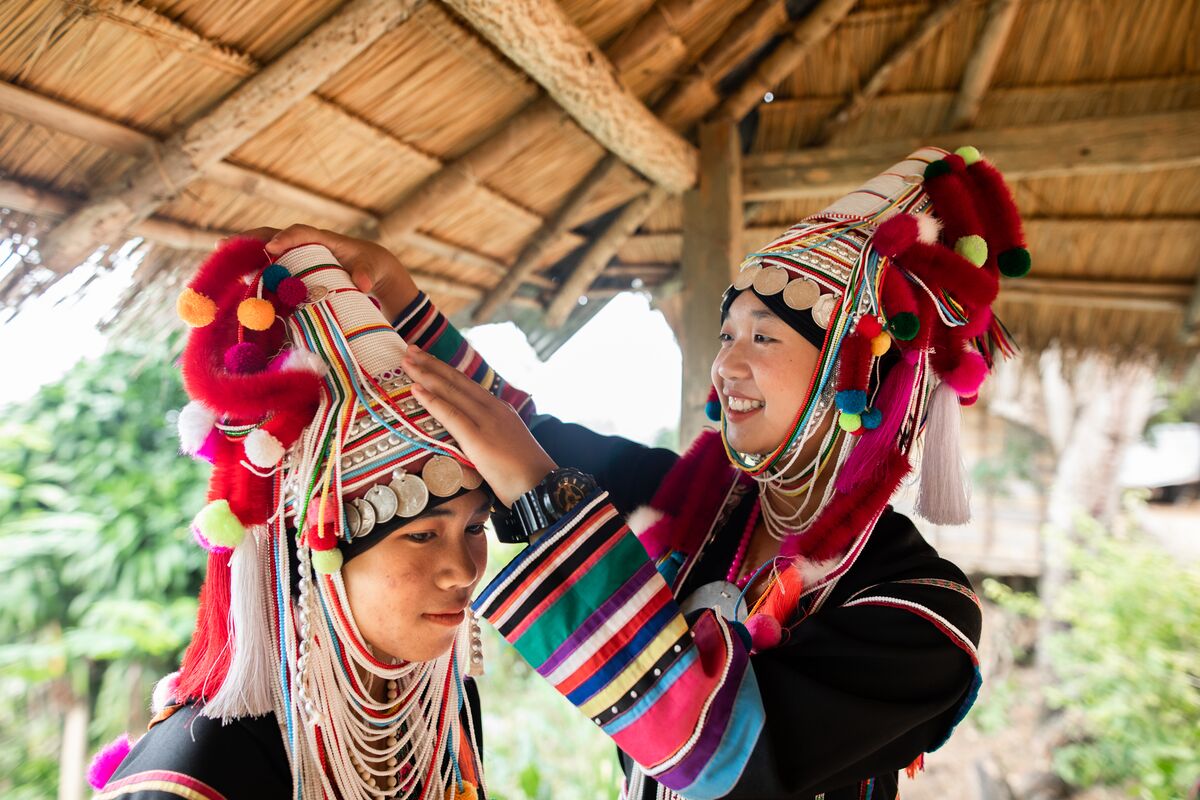 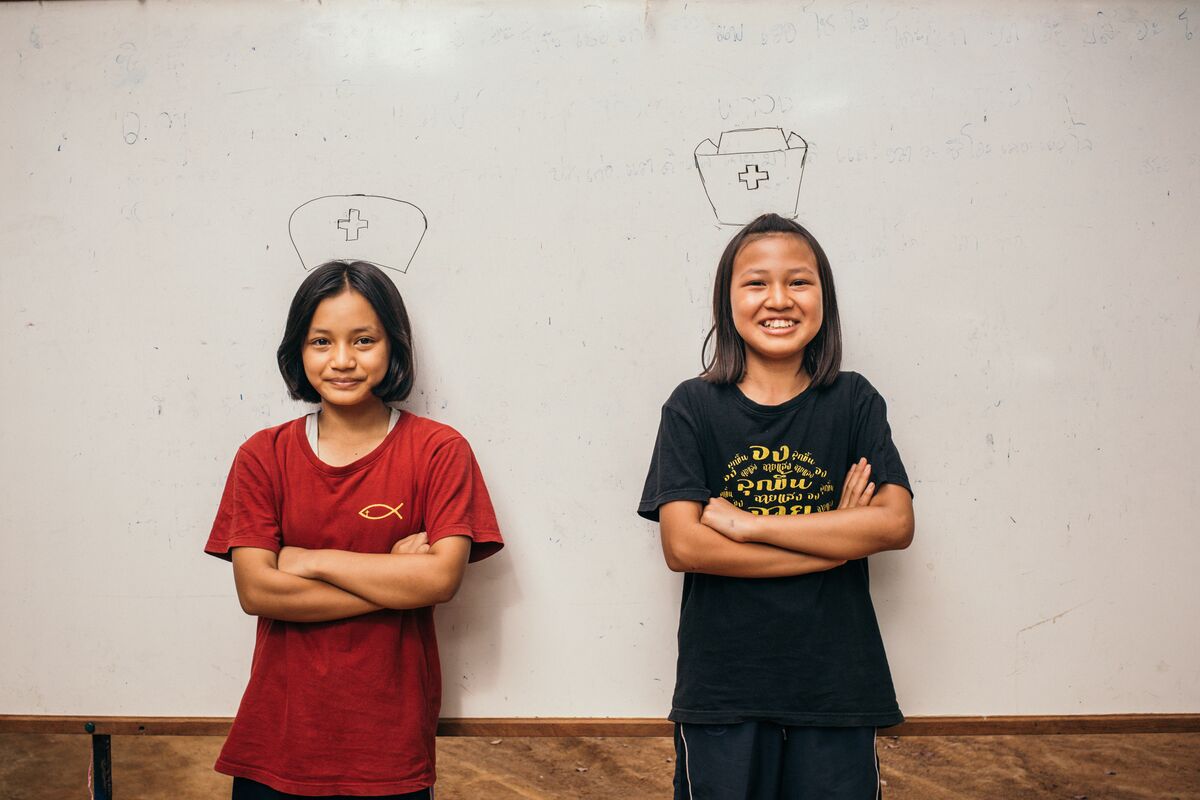 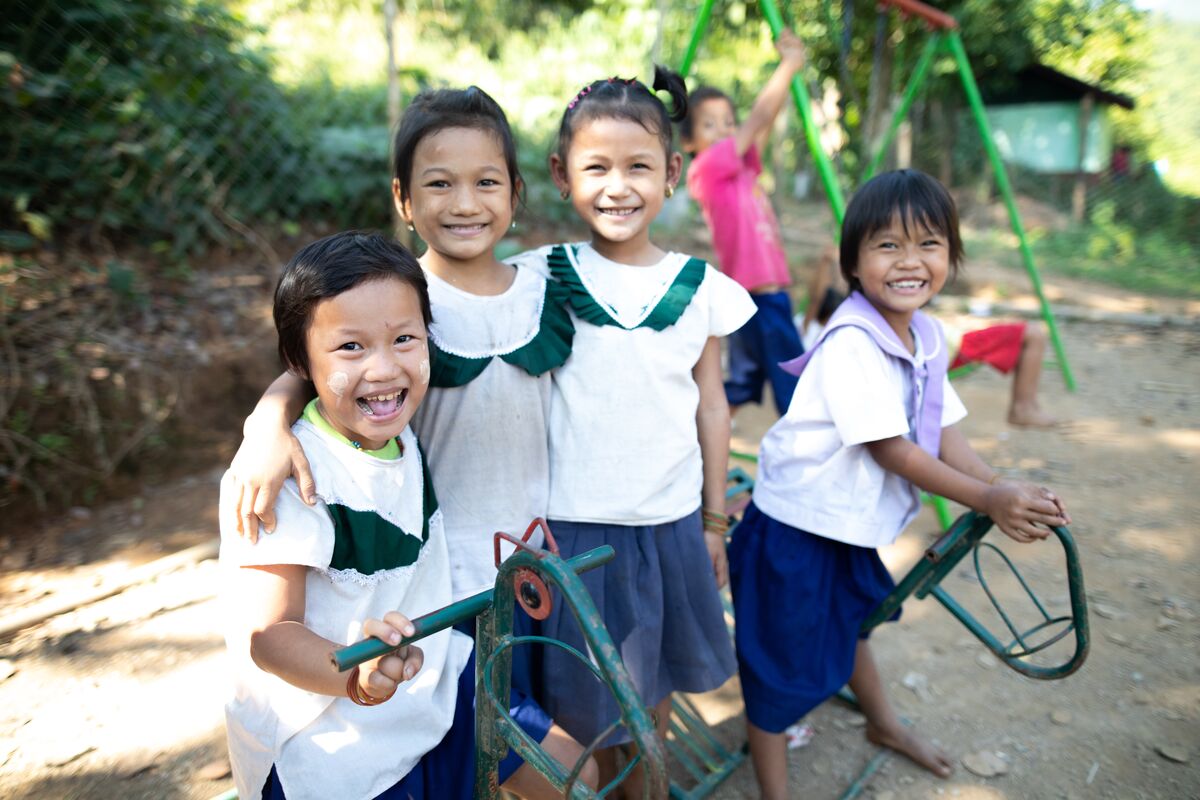 This video was released in July 2021.
If you have been inspired to sponsor a child from Thailand, visit our sponsorship page.

Thailand’s leaders as they develop strategies for economic recovery

Siamese cats, with their blue eyes and distinctive markings, are native to Thailand and were once treasured by royal families there.

Sponsor a child in Thailand

Thailand
Sponsor me
Search for children

Percentage of children under the age of 5 underweight: 7.7%

Religion: Approximately 93% of the population are Buddhist, 5% are Muslim, 1% are Christian, 1% are of another/unspecified religion or none.

People groups from southern China are believed to have migrated to the country now called Thailand around the 6th and 7th centuries. Malay, Mon, and Khmer civilisations flourished in the region before the arrival of the ethnic Thai.

According to tradition, in 1238, Thai chieftains overthrew their Khmer rulers to establish a Thai kingdom. After its decline, a new Thai kingdom emerged in 1350 on the Chao Praya river. At the same time, there was an equally important kingdom of Lanna, centred in Chiang Mai.

In 1833, the United States began diplomatic exchanges with Siam, as Thailand was called until 1938. The Thais believe that the diplomatic skills of its monarchs, combined with the modernising reforms of the Thai government, made Siam the only country in South and Southeast Asia to avoid Western colonisation.

Music
Thailand has strong cultural connections with India and China. Pop music and other forms of European and American music are extremely popular, too. The two most popular styles of traditional Thai music are luk thung and mor lam. Luk thung, or Thai country music, was developed in the mid-20th century to reflect the daily challenges of rural communities. Some of the biggest stars incorporate influences from Latin America, Asia and, especially, American film soundtracks and country music. The first all-luk thung radio station was launched in 1997. Mor lam is a type of folk music popular in Thailand's north-eastern Isan region, where there is a predominantly Lao population. It has much in common with luk thung, in its representation of rural poor. It is characterized by rapid-fire rhythmic vocals, and the percussion has a funk-feel. There are about 15 regional variations of mor lam, along with a number of modern adaptations.

Language
While the official Thai language is widely spoken throughout Thailand, many Thais also speak and understand English. There are also multiple dialects of Thai spoken across the country.

Sports and Games
Thais enjoy football, table tennis, badminton, volleyball, kite flying and takro (a sport in which the player tries to keep a wicker ball in the air without using their hands). Tyre racing, or tee-wong-law, is a favourite children's game played in the rural areas of Thailand.

The typical school year runs from May to March. Primary education is compulsory and free for all children between the ages of six and 11. The curriculum includes basic skills development, life experience, character development, work-oriented education, and special experiences.

Education in Thailand has improved remarkably in recent years, thanks to government efforts to push forward educational reform. As a result, around 95% of primary-school-age children attend school.

Unfortunately, disparities in access are clear at secondary school level. About 14% of secondary-school age children are not in school, most of whom come from disadvantaged communities or are children from migrant families or those living with a disability.

Approximately 93% of the population are Buddhist, 5% are Muslim, 1% are Christian, 1% are of another/unspecified religion or none.

The state religion in Thailand is Theravada Buddhism and law allows people the freedom to choose the religion of their choice.

The constitution prohibits discrimination on religious grounds and protects religious liberty, as long as groups don’t carry out activities that are “harmful to the security of the State.” The law officially recognises five religious groups: Buddhists, Muslims, Brahmin-Hindus, Sikhs, and Christians. Islam is the dominant religion in three of the four southernmost provinces (Narathiwat, Yala, and Pattani) near the Malaysian border. These states are commonly referred to as the Deep South.

Within the constitution, the state is allowed to financially support and protect the largest religious groups, but it also allows special promotion of Theravada Buddhism.

The law requires religious education for all students at both primary and secondary levels and students may not opt out. The curriculum must contain information about all five recognised umbrella religious groups, but more time is dedicated to teaching Buddhism.

There are two private Christian universities and one Catholic-run college, which provide religious education to the public. There are approximately 350 Catholic- and Protestant-run primary and secondary schools, whose curricula and registration is overseen by the Ministry of Education.

19-year-old Aphichaya is blazing a trail in her remote community in Thailand. In her village, families rely on farming to earn an income. Higher education is out of their reach financially. But when she was registered into Compassion's programme as a young girl, she knew her life would be different. "I didn't know what it would be like, but I knew deep inside of me that my life would be changing forever," she remembers. With her mother cheering her on and the guidance of Compassion's project staff, Aphichaya won a scholarship to study Communication Arts at university. "I see myself in many girls who are longing to overcome the trauma of poverty that encircles them," she says. If she ever doubts her ability to achieve her dream, she reminds herself of the Word of God. "Matthew 7:7 says 'Ask and it will be given to you; seek and you will find; knock and the door will be opened to you.'”

19-year-old Aphichaya is blazing a trail in her remote community in Thailand. In her village, families rely on farming to earn an income. Higher education is out of their reach financially. But when she was regis 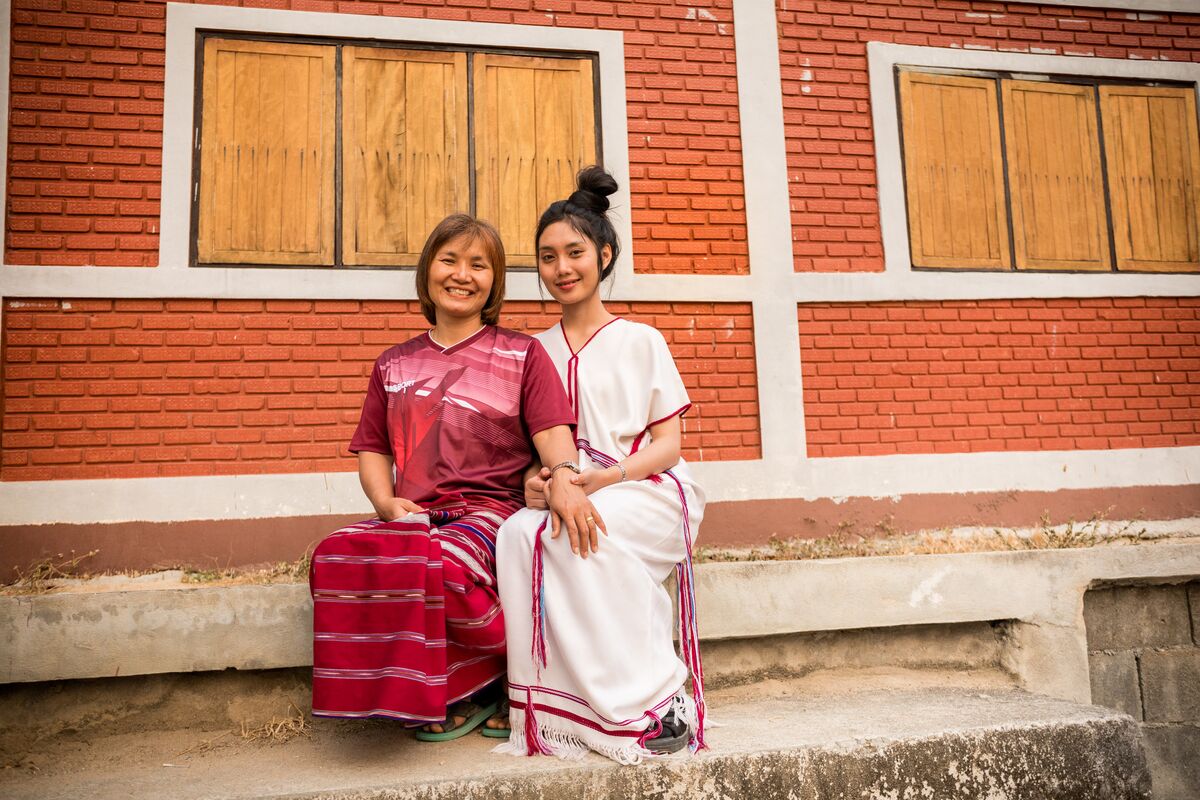