Bangladesh has lush green landscapes and a culture rooted in religion. It's also a country where access to education and food is challenging for many. Compassion-supported children experience these realities on a daily basis. But at the Compassion project, there is hope. 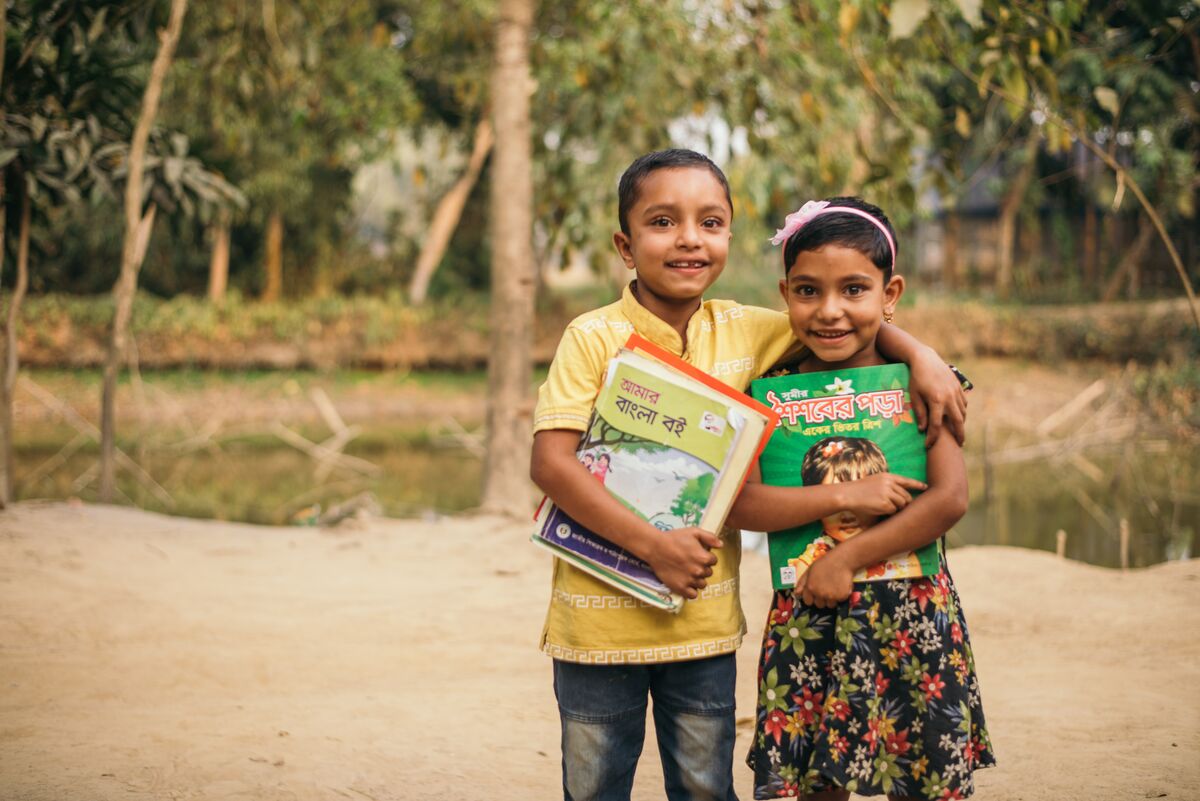 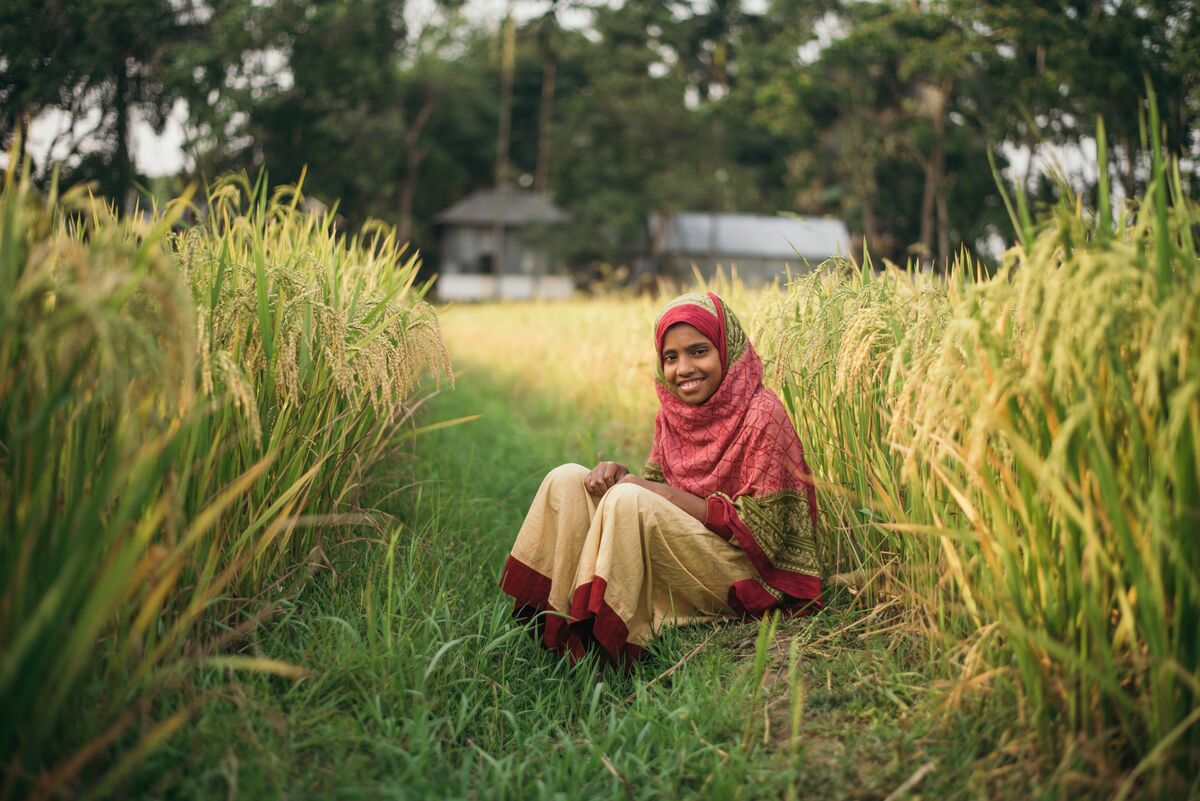 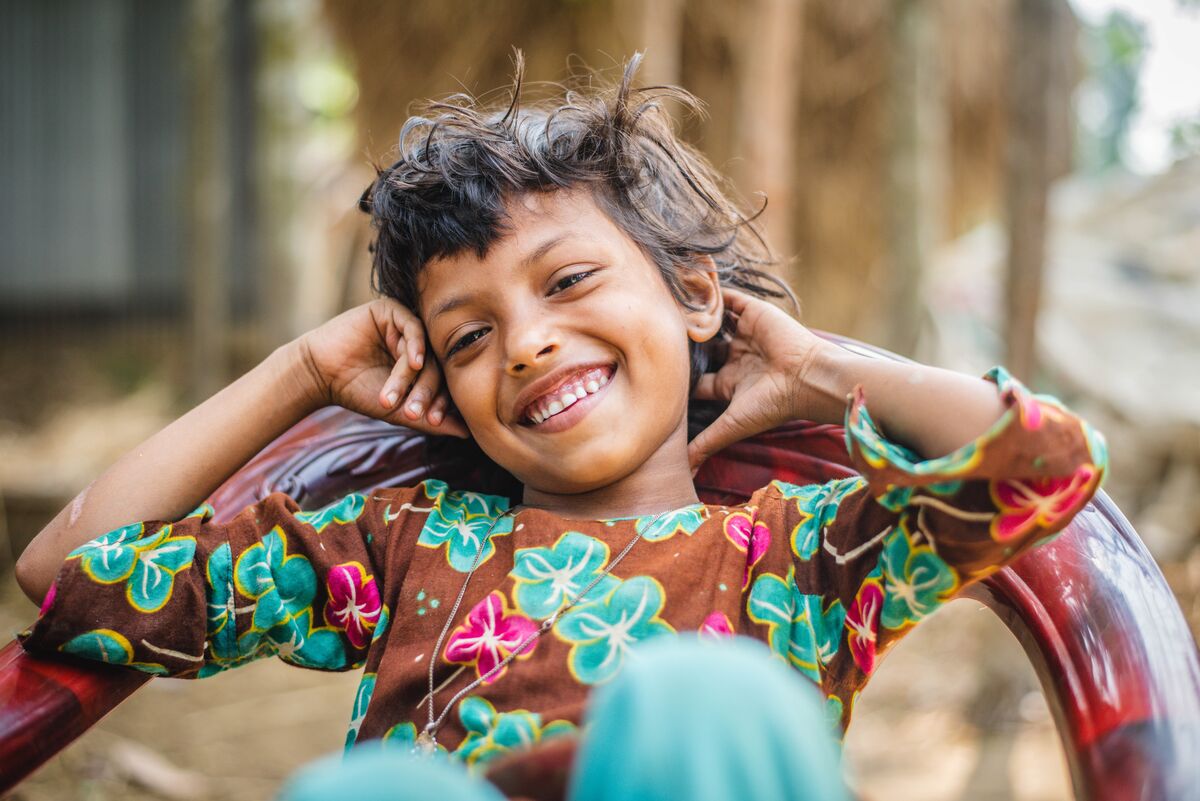 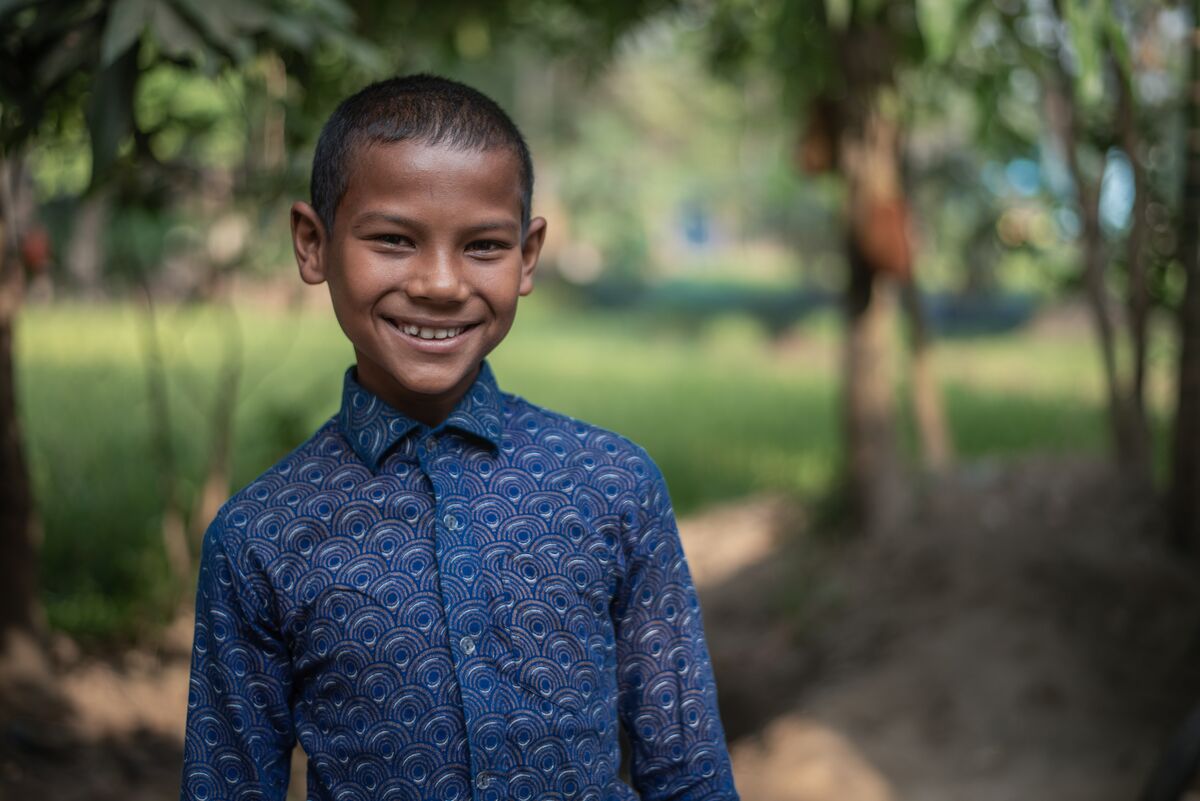 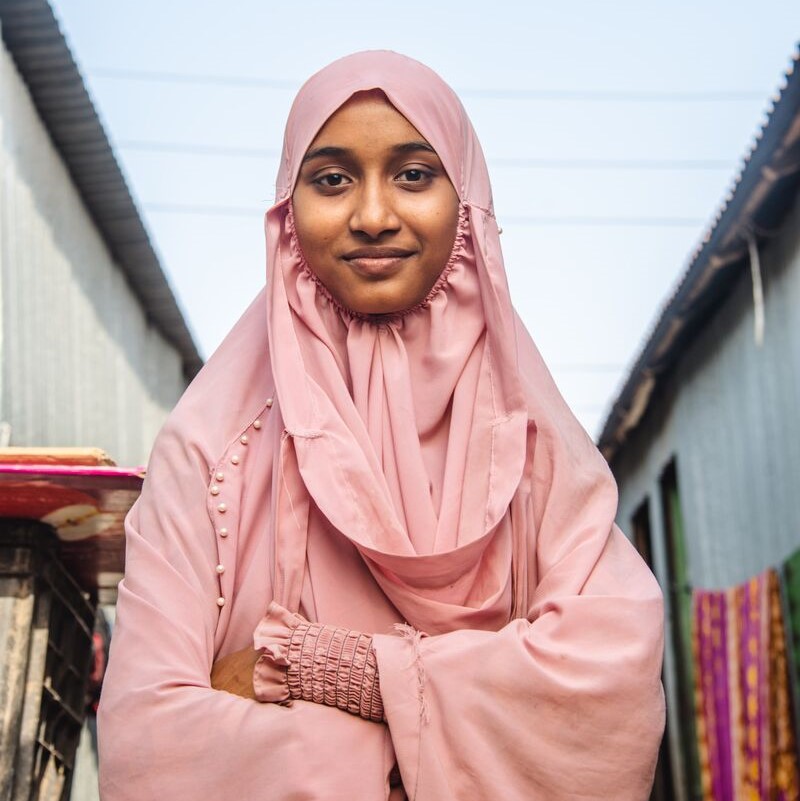 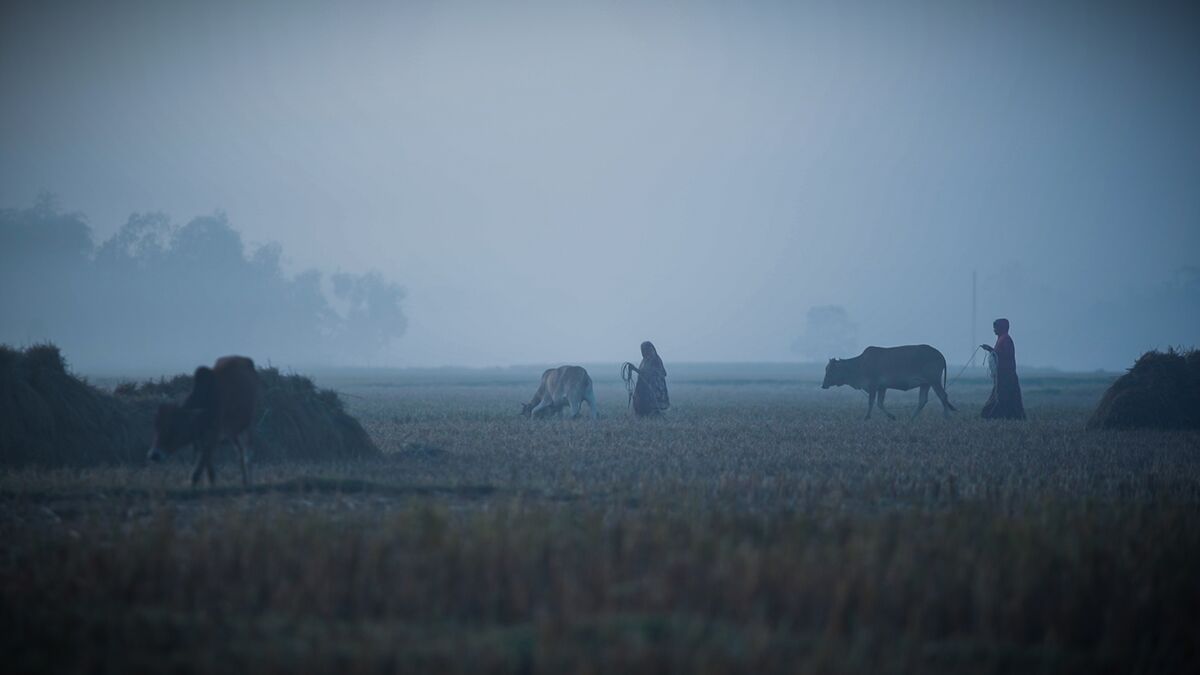 This video was released in July 2022.
If you've been inspired to sponsor a child from Bangladesh, visit our sponsorship page.

Compassion projects as they provide food relief for communities in need

God’s protection over vulnerable children and families in Bangladesh

Wisdom for those in leadership as they care for their communities

Bangladesh is home to many of the world’s largest species of cats including leopards, fishing cats, and the Royal Bengal tiger.

Sponsor a child in Bangladesh

Bangladesh
Sponsor me
Search for children

Percentage of children under the age of 5 underweight: 23%

Adult literacy rate: Male 78%, female 72%
Religion: Approximately 89% of the population are Muslim, 10% are Hindu, and 1% follow other faiths (including Buddhism and Christianity).

Bangladesh is the most densely populated country on earth with more than 168 million people living in an area roughly the size of England and Wales. Centuries ago, a number of independent principalities flourished in the region—called Bengal and around the 9th Century travellers from Arab nations opened up trading routes through the region.

For much of the 18th and 19th centuries, Bangladesh was under the rule of the British East India Company as part of the Indian subcontinent. In 1947, when the British left the region, they separated the subcontinent along sectarian lines.

What became known as ‘partition’, was far from peaceful. An estimated 500,000 individuals lost their lives in the violence and rioting that ensued. The Muslim regions became known as West and East Pakistan with the Hindu region becoming modern day India. In 1971, East Pakistan was renamed Bangladesh and became a country in its own right.

Music
There is a rich tradition of music in Bangladesh, which can be divided into three distinct categories: classical, folk, and modern. Folk music, inspired by devotional mysticism and love stories, has been nurtured through the ages by village poets. It remains popular throughout Bangladesh. Modern Bengali music is diverse and blends Eastern and Western traditions. There is also a distinct strain spearheaded by the rebel poet Kazi Nazrul Islam, which combines classical, folk and Middle Eastern musical strains.

Language
Bangla (also known as Bengali): ShAgatom (Welcome), AmAr nAM (My name is...), Kemon Achho? (How are you?), DhonnobAd (Thank you) Sports and Games Popular sports in Bangladesh include cricket, football, and badminton.

Typical Foods
A typical Bangladeshi meal is spicy and consists of beef and sometimes mutton, chicken, fish or egg. Vegetables are served with lentils and plain rice. A common and popular snack is jhal muri (hot puffed rice).

Education in Bangladesh is divided into three levels - primary, secondary, and higher education.

Education is highly respected in Bangladesh, and it's a popular topic of conversation. It can be a real challenge for those without an education to find employment, as most office jobs require a degree. Parents will work very hard to get their children the best education they can afford. Tutoring is considered necessary to help children pass general tests; however, it's also too expensive for many.

Approximately 89% of the population are Muslim, 10% are Hindu, and 1% follow other faiths (including Buddhism and Christianity).

Bangladesh is one of the largest Muslim countries in the world. While Islam is the state religion, individuals have the right to practice the religion of their choice. The influence of Islam is evident in politics, and the government respects the Muslim consciousness of the majority of its citizens.

Aka was registered into the Child Sponsorship programme in January 2020—just months before the pandemic forced Compassion’s partners to temporarily close their doors. Her father couldn’t work because of the restrictions.

Her mother, Apa, was so concerned about how she would feed her family that she couldn’t sleep at night. Thankfully, they didn’t have to face these challenges alone. Compassion project staff came to the family, providing food and care. “Every time the staff came to visit me, I felt loved,” said Apa.

Sponsor a child From Bangladesh

Aka was registered into the Child Sponsorship programme in January 2020—just months before the pandemic forced Compassion’s partners to temporarily close their doors. Her father couldn’t work because of the restr 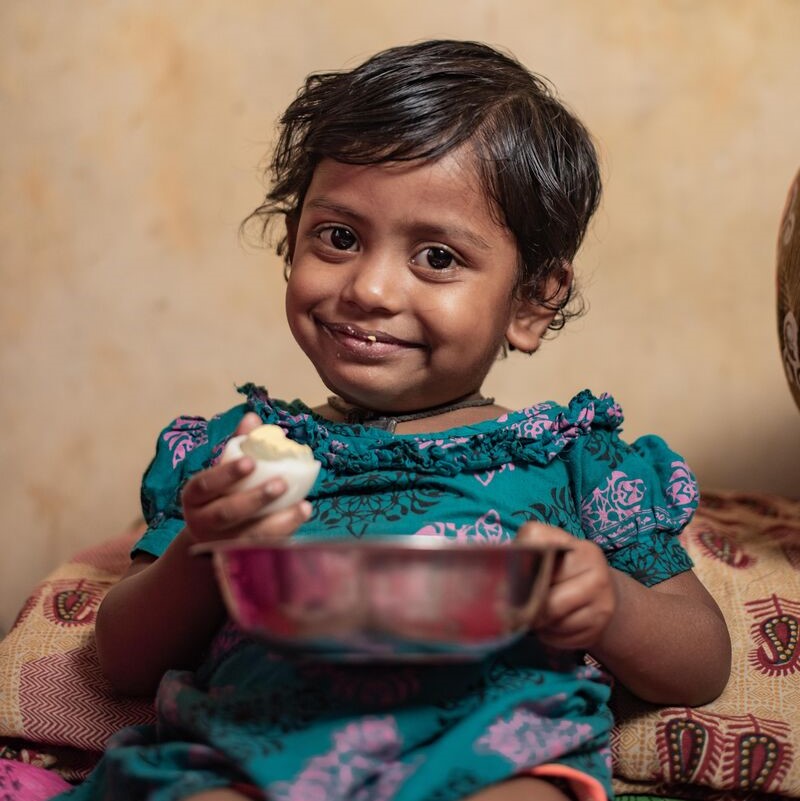