Colombia is known for its diverse landscape of tropical beaches, dense rainforests and towering mountains. It's also a country where 30% of the people live in poverty with food insecurity and insufficient education. Compassion-supported children experience these realities daily. But at the Compassion project, there is hope. 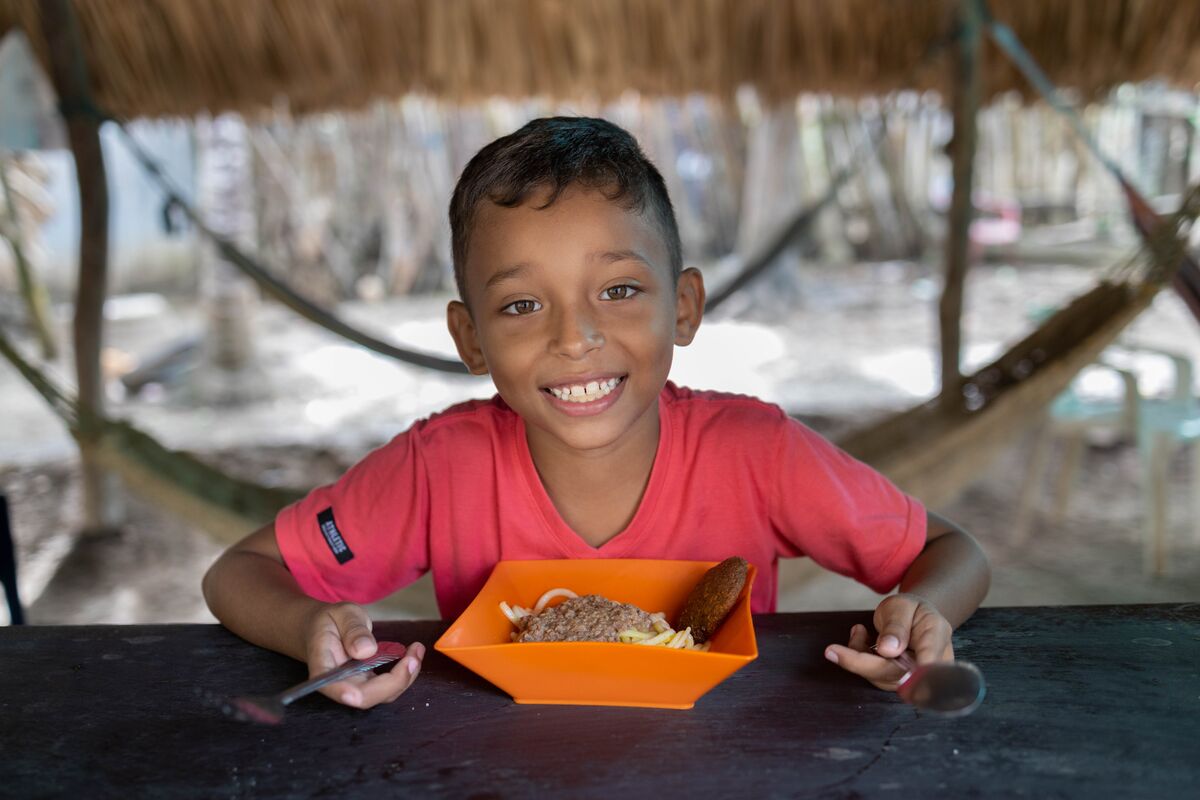 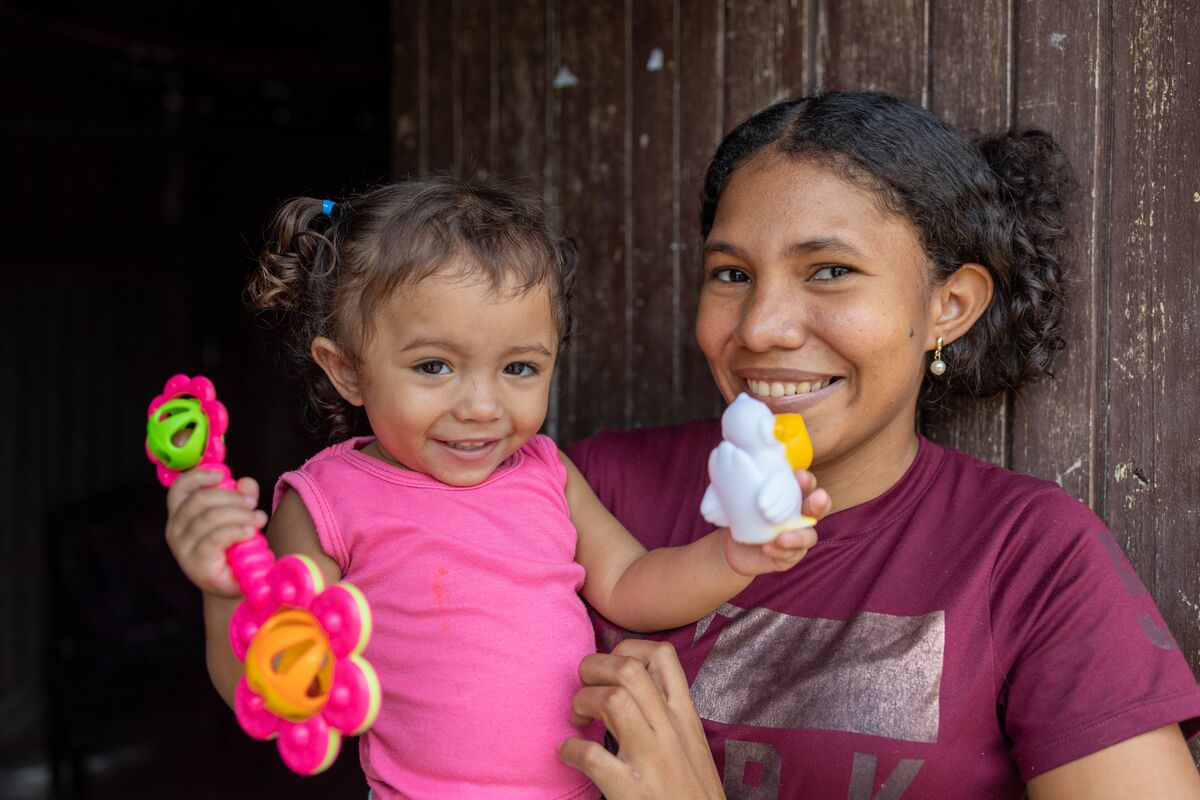 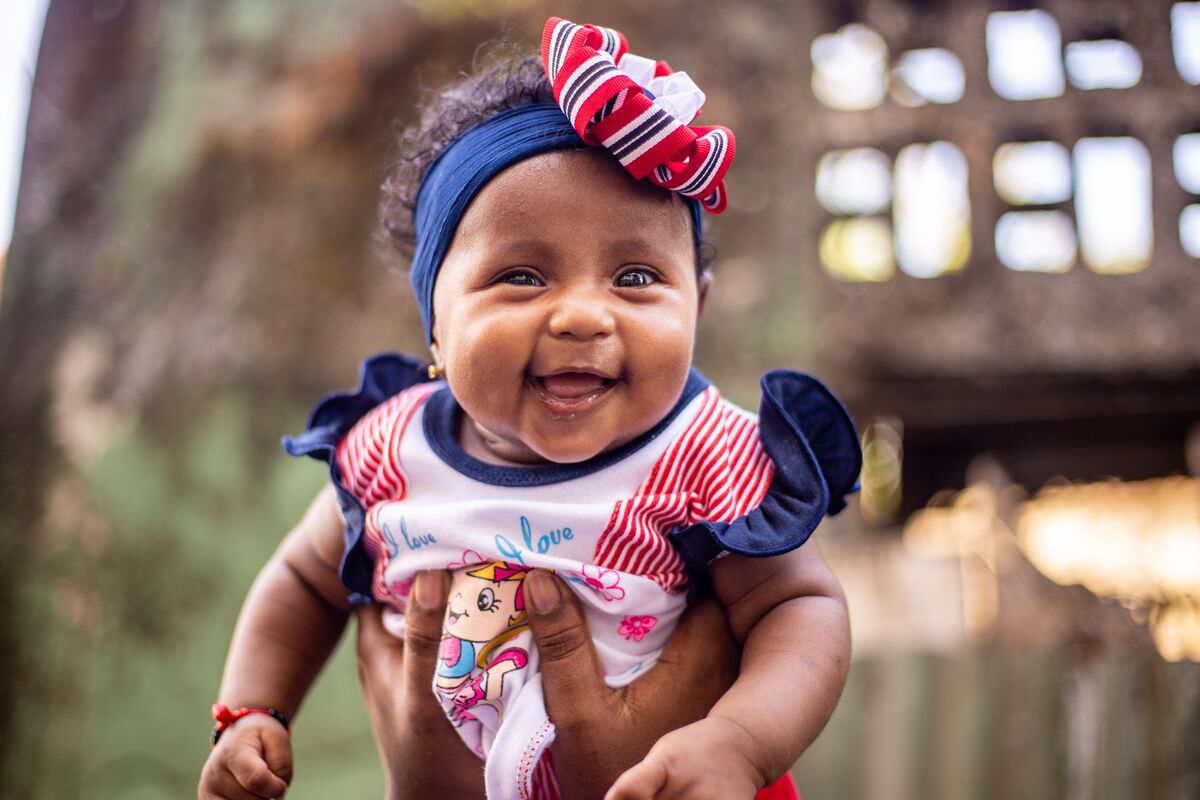 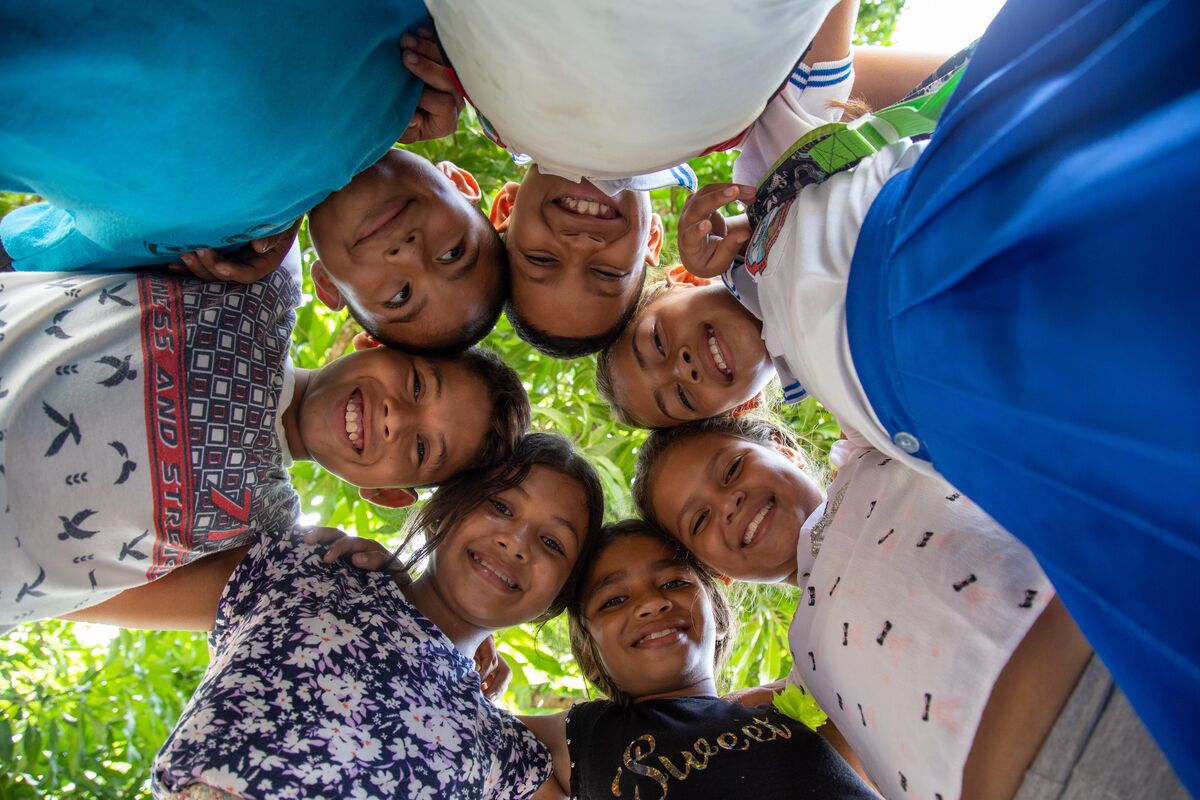 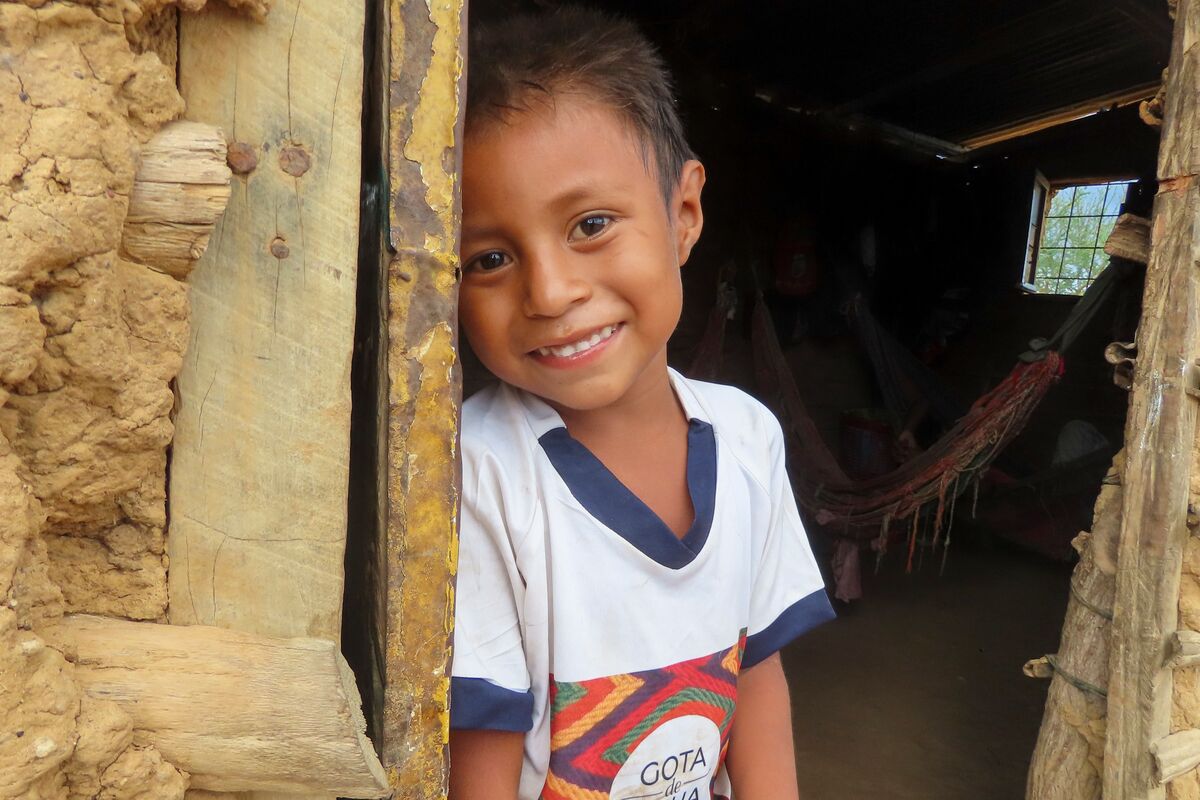 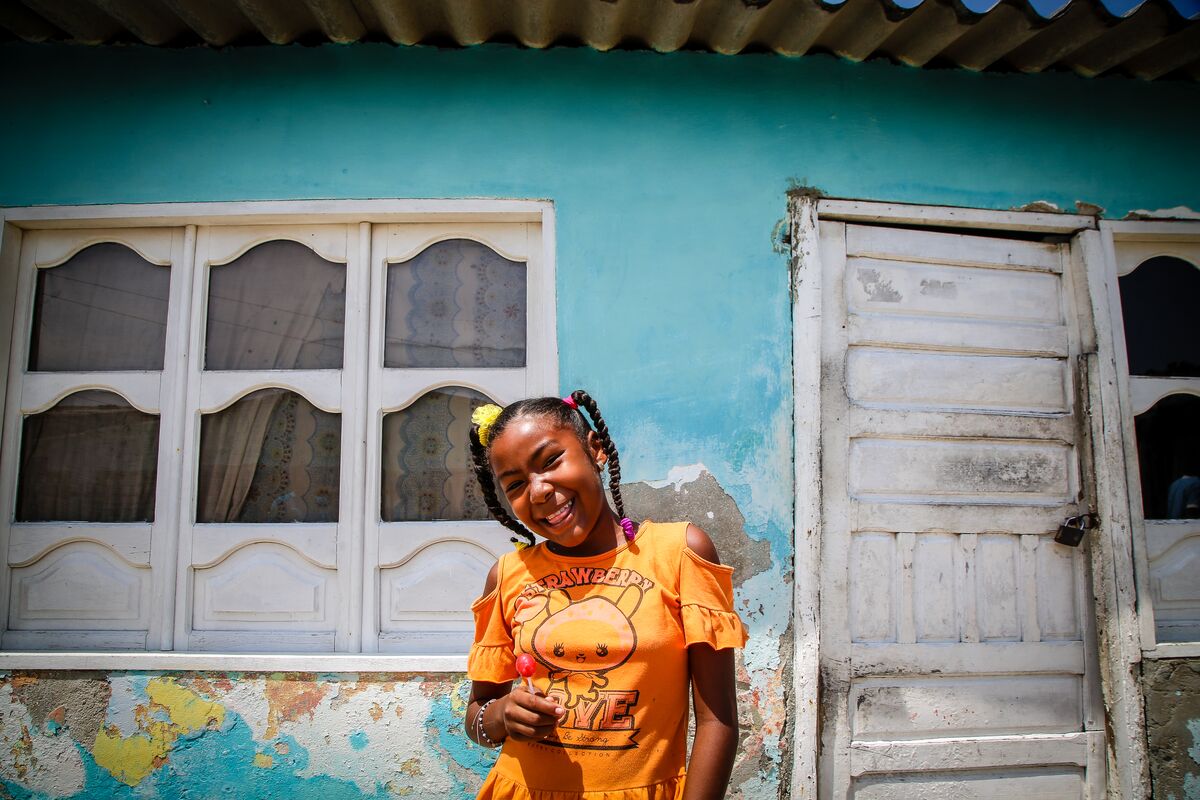 This video was released in July 2021.
If you have been inspired to sponsor a child from Colombia, visit our sponsorship page.

Protection of pastors and staff who are supporting children and families

God’s wisdom for governments and those in positions of leadership

Colombia has an extremely varied and beautiful landscape. It's home to snow-covered volcanoes and mountains, tropical beaches, vast grasslands, and dense jungles.

Sponsor a child in Colombia

Colombia
Sponsor me
Search for children

Percentage of children under the age of 5 underweight: 3.7%

Religion: Approximately 73% of the population are Roman Catholic, 14% are Protestant, and 11% are of another/unspecified religion or none.

During the pre-Colombian period, the area now known as Colombia was inhabited by indigenous hunters or nomadic farmers. The Chibchas, who lived in the Bogotá region, were the largest indigenous group.

The Spanish sailed along the north coast of Colombia as early as 1500. However, their first permanent settlement, at Santa Marta, was not established until 1525. In 1717, Bogotá became the capital of the Viceroyalty of New Granada, which included what are now Venezuela, Ecuador and Panama. The city became one of the principal administrative centres in the New World, along with Lima and Mexico City.

On July 20, 1810, the citizens of Bogotá created the first representative council to defy Spanish authority. Full independence was proclaimed in 1813, and in 1819 the Republic of Greater Colombia was formed.

Simon Bolívar, a Venezuelan soldier and statesman who played a central role in the independence movement, was elected its first president and Francisco de Paula Santander, vice president. Two political parties - the Conservatives and the Liberals - grew out of conflicts between the followers of Bolívar and Santander. To this day their political visions dominate Colombian politics.

Art
Colombia has produced many fine novelists, such as Gabriel Garcia Marquez, who won the Nobel Prize for literature in 1982. Colombia has a saying: "There are 200 poets for every 100 inhabitants in Colombia!" Colombia is also known for its internationally acclaimed artists (such as Botero and Obregon), its many art museums and studios, and outstanding architecture. Folk and ancient Indian cultures also contribute to various arts and crafts.

Music
Folk music and dances, opera, classical, modern, and jazz are popular in Colombia. Singers such as Carols Vives, Shakira and Juanes have been influential in taking Colombian music to the world. Language Spanish: ¿Como le va? (How's it going?), ¿Como está? (How are you?), Buenos dias. (Good day.)

Sports and Games
Football is Colombia's main sport, with major league games played throughout the year. The country has great opportunities for outdoor sports such as mountain climbing, skiing and golf. A major cycle race, the Tour of Colombia, takes place every March and April. Boxing and bullfighting are also popular.

Typical Foods
Colombians eat rice, chicken, beans and fruit. Colombians make juice from every fruit, including watermelon, cantaloupe, pineapple and papaya. They serve the juice with a plato typical (typical plate), including pork or beef, rice and potatoes, guacamole, and fruit.

The typical school year runs from February to November. Education is not free, and public schools do charge registration and yearly fees, although they are considerably less than those of private schools. In urban areas, schools tend to be overcrowded, while in rural areas, facilities are not as good, and it’s a challenge to find qualified teachers.

Rural regions face additional challenges, and student dropout rates are high. Almost all secondary schools are in the larger cities, which disadvantages those who can't get to them easily. Some educational radio and television broadcasts have a wide reach across the country, but this can’t replace face-to-face teaching.

The county has to spend 10% of its annual budget on education by law. Financing and supervision of public education is the joint responsibility of the Ministry of Education, the departments, and the municipalities. The central government also pays teachers’ salaries.

Approximately 79% of the population are Roman Catholic, 14% are Protestant, and 7% are of another/unspecified religion or none. The constitution states there is no official church or religion but it adds that the State "is not atheist or agnostic, nor indifferent to Colombians' religious sentiment." Some interpret this to mean that the State unofficially sanctions a privileged position for Roman Catholicism, which was the country's official religion until the 1991 Colombian Constitution.

The constitution recognises parents' right to choose the type of education their children receive, including religious instruction. It also states that no student shall be forced to receive religious education in public schools. However, the Roman Catholic Church and other religious groups may provide religious instruction in public schools to those students who wish to receive it or may establish parochial schools. The Roman Catholic Church has a unique agreement with the government to provide education in rural areas where there aren’t any state schools. These schools are tax-exempt.

Source: International Religious Freedom Report, released in 2012 by the Bureau of Democracy, Human Rights and Labor.

Children from this Compassion project in Colombia are excited for it to reopen again, and we can see why! Outdoor play, stilt practice, drama classes, music lessons, and snack time are all things they used to enjoy at their Compassion project before the COVID-19 pandemic. Thanks to our generous supporters and frontline church partners, children are still being supported, educated and cared for despite COVID lockdowns.

Children from this Compassion project in Colombia are excited for it to reopen again, and we can see why! Outdoor play, stilt practice, drama classes, music lessons, and snack time are all things they used to enj 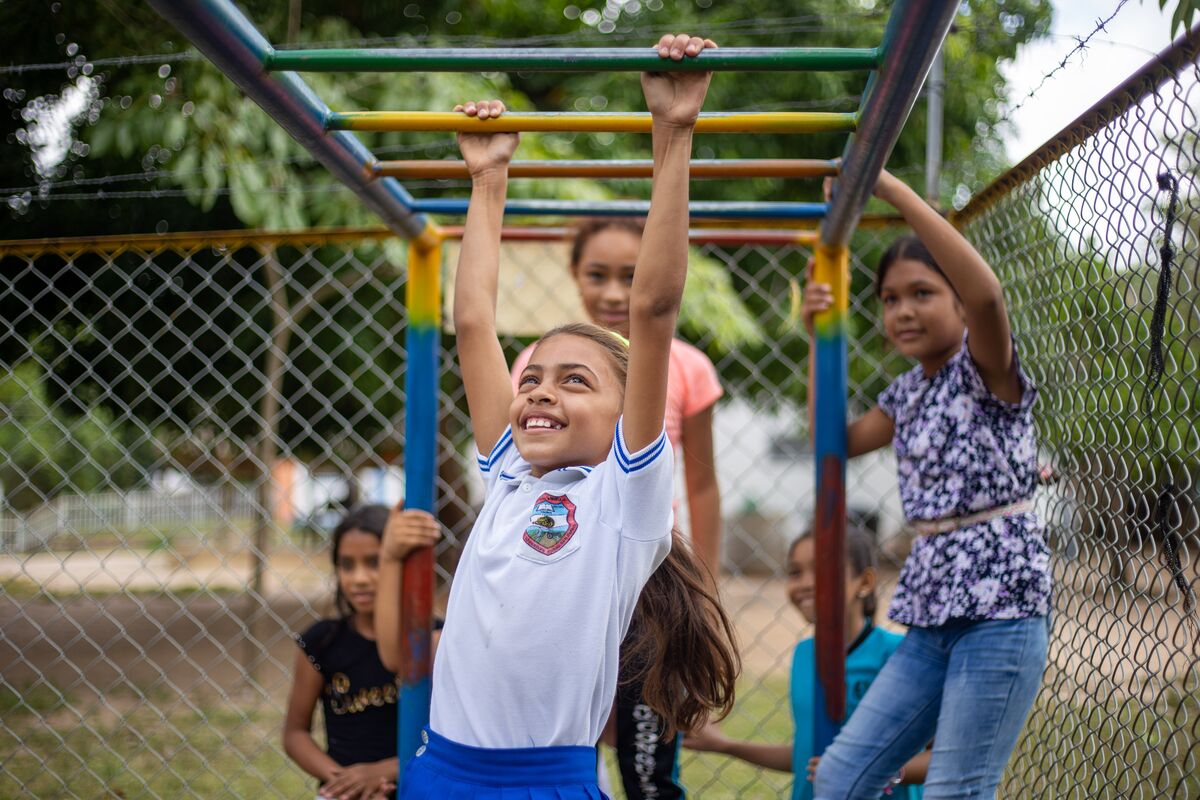