My parents had scraped together all they had, and it had been just enough to send me to school but not quite enough for lunch. I wasn’t the only one.

The last 20 minutes of the lesson before lunch were lost on me. I was too busy planning for how I might be able to get some food; trying to remember who I had asked yesterday or the day before, trying to identify the most likely candidate. It is still painful to remember sitting near someone with their lunch, hoping and longing. 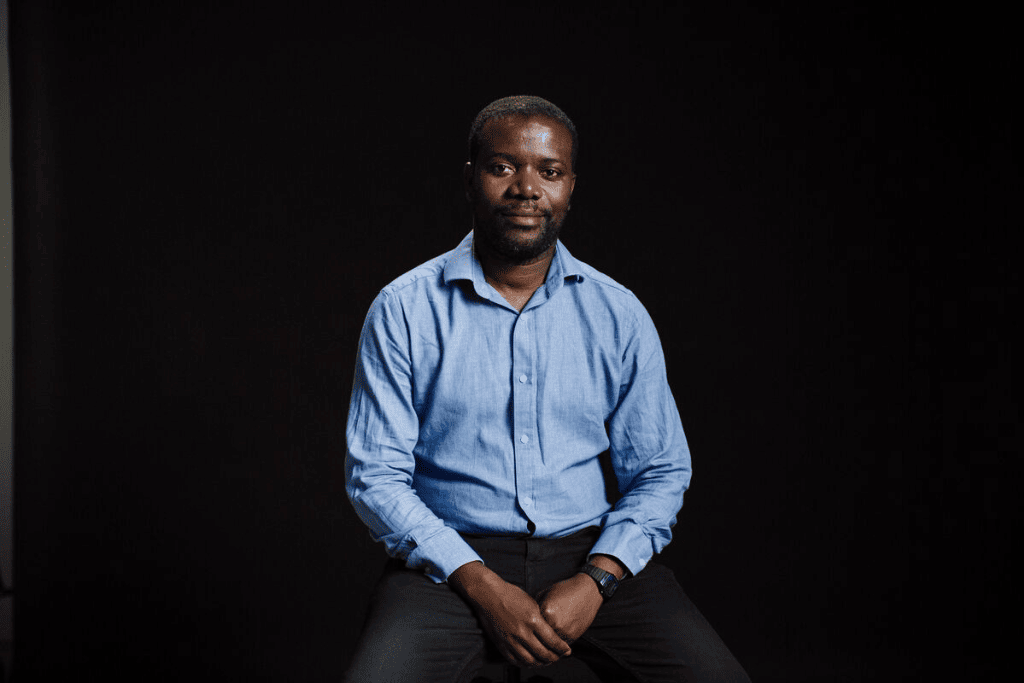 On a good day, when someone shared, I enjoyed my afternoon lesson. But all too often, when no one did, I might as well not have been there in the afternoon. Anything the teacher said was a blur with the hunger pangs.

The impact of hunger is huge. It touches every area of life. For many people it is hard to truly understand the impact hunger has on life. When I say I am hungry now I am not really hungry — not like I used to be. When I was hungry my brain shut down. It stops you being able to learn, being able to move past your current circumstances, being able to hope for something better.

The progress made over the last decade in alleviating hunger across the world is in danger of being lost. Some 276 million people worldwide were facing acute hunger at the start of 2022. The United Nations World Food Programme says this is expected to rise by 47 million people if the conflict in Ukraine continues, with the steepest rises in sub-Saharan Africa. 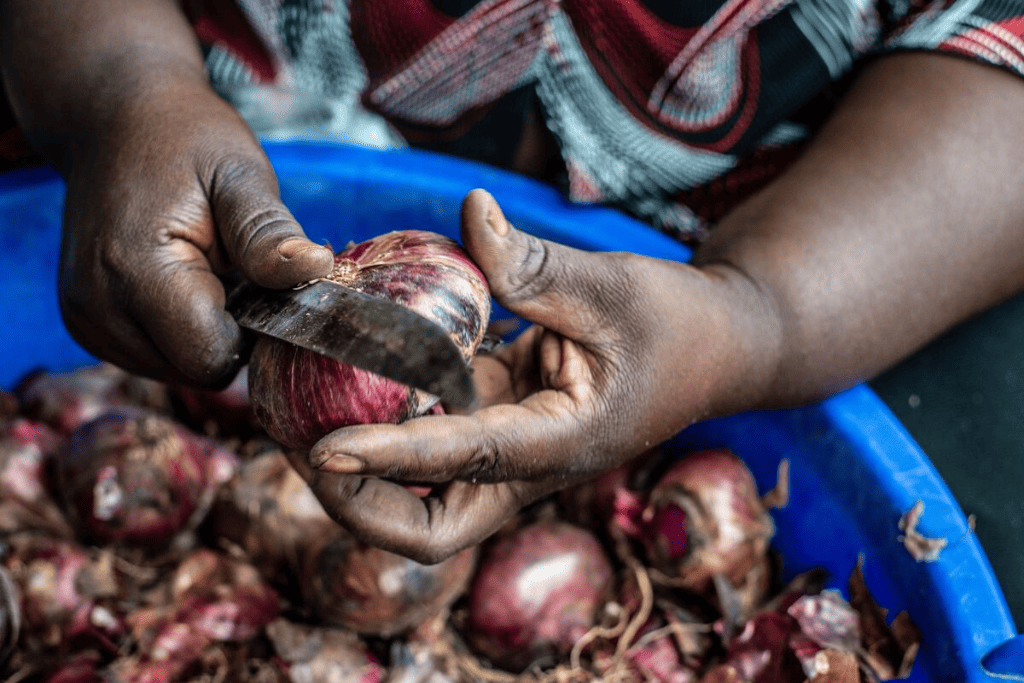 Even before the war in Ukraine, food insecurity was reported in Haiti, Ethiopia, Kenya, Uganda, Burkina Faso, Togo and Southwest Asia. Covid-19, political instability, conflict, drought and other consequences of climate change are also increasing the food shortages. The war in Ukraine is worsening an already desperate situation.

Where I grew up in Uganda, food accounted for 70% of household budgets on average. According to the latest figures, here in the UK it is around 17%. This makes Uganda and other countries in sub-Saharan Africa that are in similar positions vulnerable. Vulnerable to exactly the kinds of rising food prices we are seeing today.

Growing up in extreme poverty we lived on a diet of rice and beans but now even those have become expensive. The only possible way to survive is to grow your own. There are also many people who have been living just above the poverty line, managing to get by, but the rising food prices will change all that.

Local churches are a lifeline against hunger and hopelessness

Growing up with hunger I can say I wasn’t unhappy, but I had no hope. When I was nine years old, my parents found out that the local church was able to help. Facilitated by Compassion and the sponsorship programme, both my family and I had the food we needed to survive through the project run by the local church. Suddenly I had the hope of change. The impact on me was almost instant, it was like turning a torch on in a dark room. 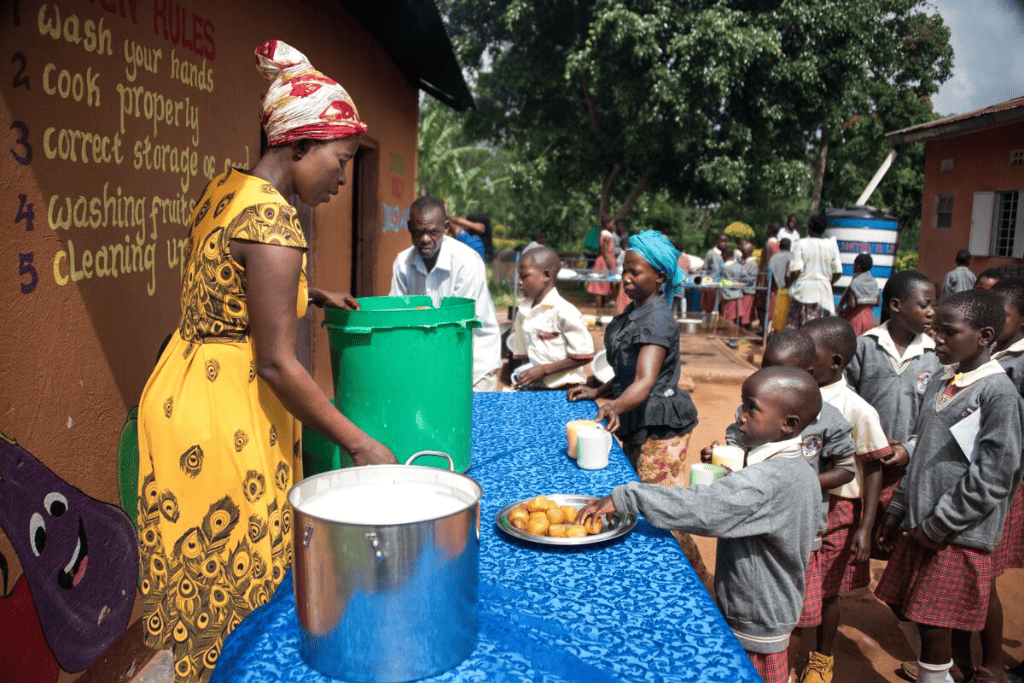 I had lunch at school every day. The change in my performance was incredible. The hope didn’t stop with me, it radiated out. It gave my mother the courage to take a loan from the bank and start her own chicken farm and from the business she was then able to pay for my siblings to go to school too. Hope touched our whole community as the church gave families the stability they needed to believe in something better.

But in the face of the current crisis, I have begun to see hopelessness creep back in. In Uganda, more than 38% of the country population are experiencing food insecurity with almost a third (28.9%) of children under five experiencing chronic malnutrition. I recently spoke to my brother He hasn’t been able to find stable work since he lost his job as an electrician during the pandemic and now, with the rising prices, he has no clue where his next meal is going to come from. It is a bleak picture. But I have not lost hope.

God’s church continues to rise up to care for the poor and those vulnerable to the growing global food crisis. Compassion works in partnership with more than 8,000 church partners around the world, churches that know their own communities inside and out, who are trained to identify malnutrition and hunger and equipped to take action, in order to serve their neighbours.

For many at the moment, that means delivering direct food support; for others it’s helping families to generate an income, equipping parents and caregivers with the tools and training to start their own business, for others providing the seeds and education to enable them to establish small farms to feed themselves and sell any surplus produce.

And we all have a part to play and it starts with a small decision. Even if that is buying fair trade or reducing your food waste. And if you have money to give, ensuring you give it to a reputable charity where it will get to the people who need it.

The task is huge, but change is possible – even through the smallest glimmer of hope in a child’s life.