Haiti is a land of resilience and optimism. It is also a nation that faces frequent disasters, including earthquakes in 2010 and 2021 and Hurricane Matthew in 2016, which devastated lives across the nation particularly children already living in poverty. But at the Compassion project, there is hope. 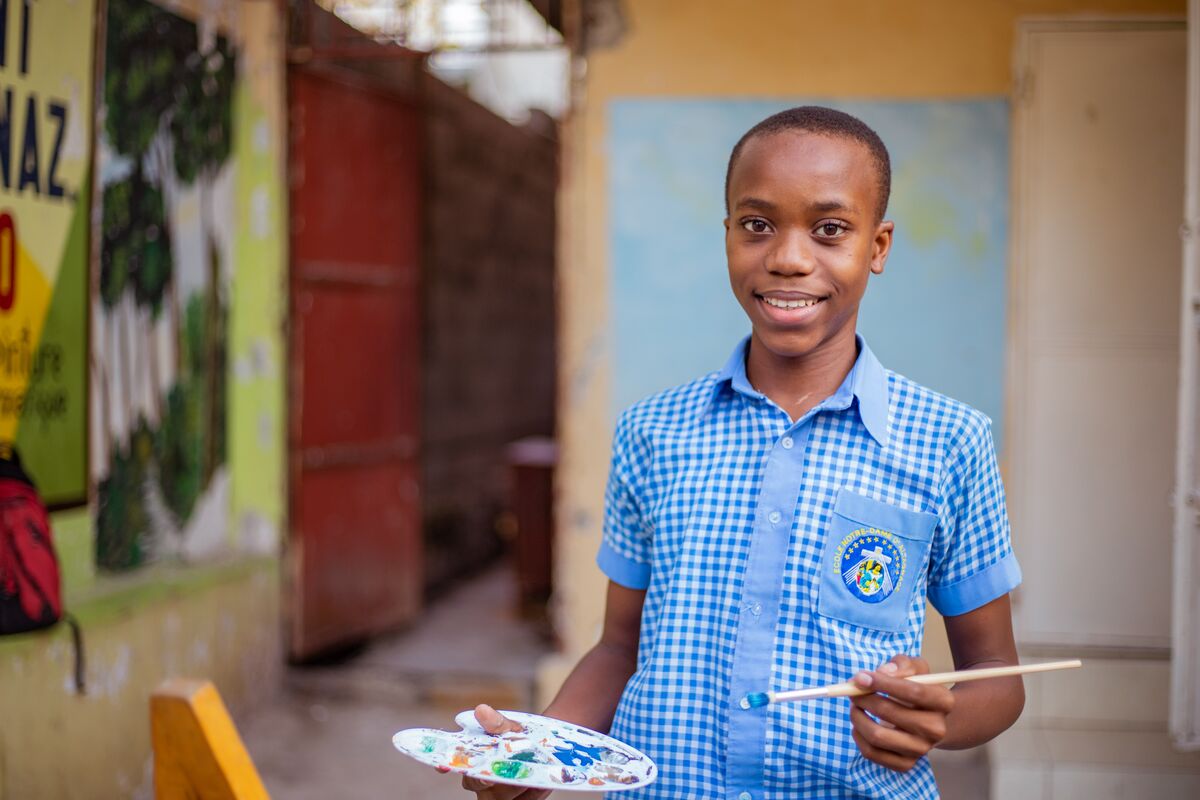 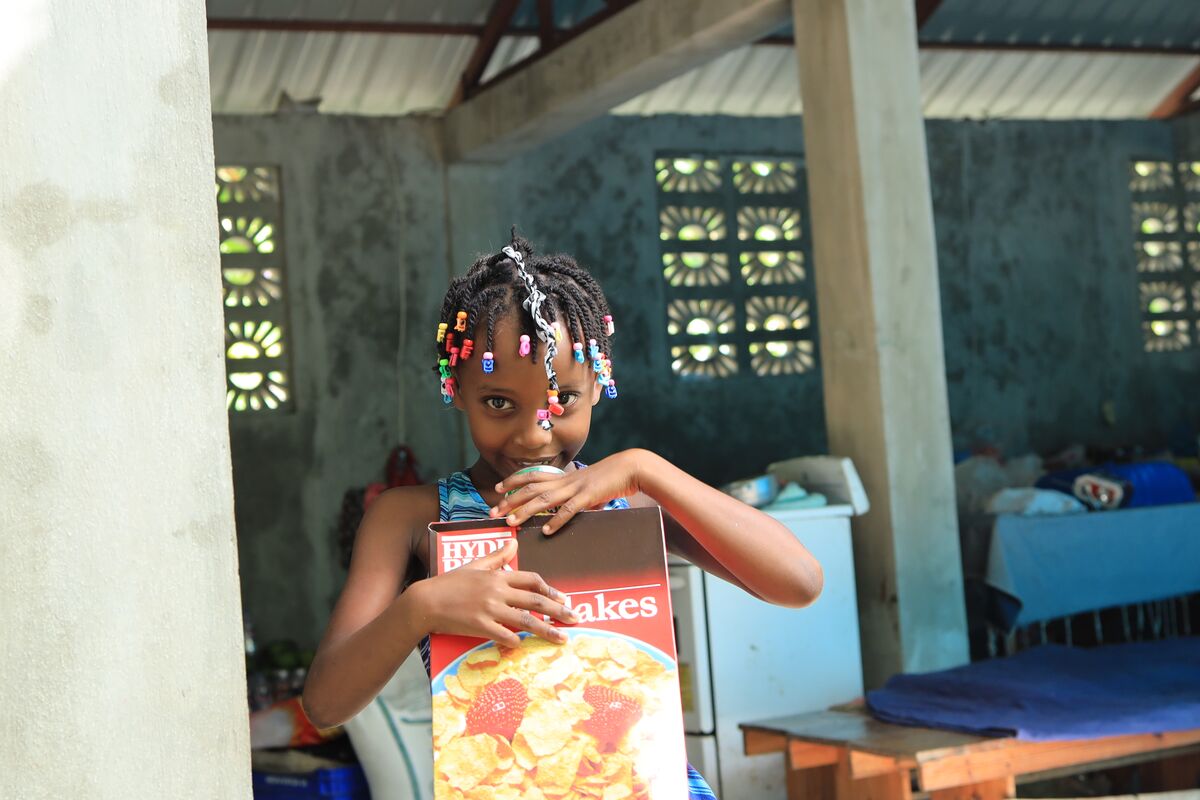 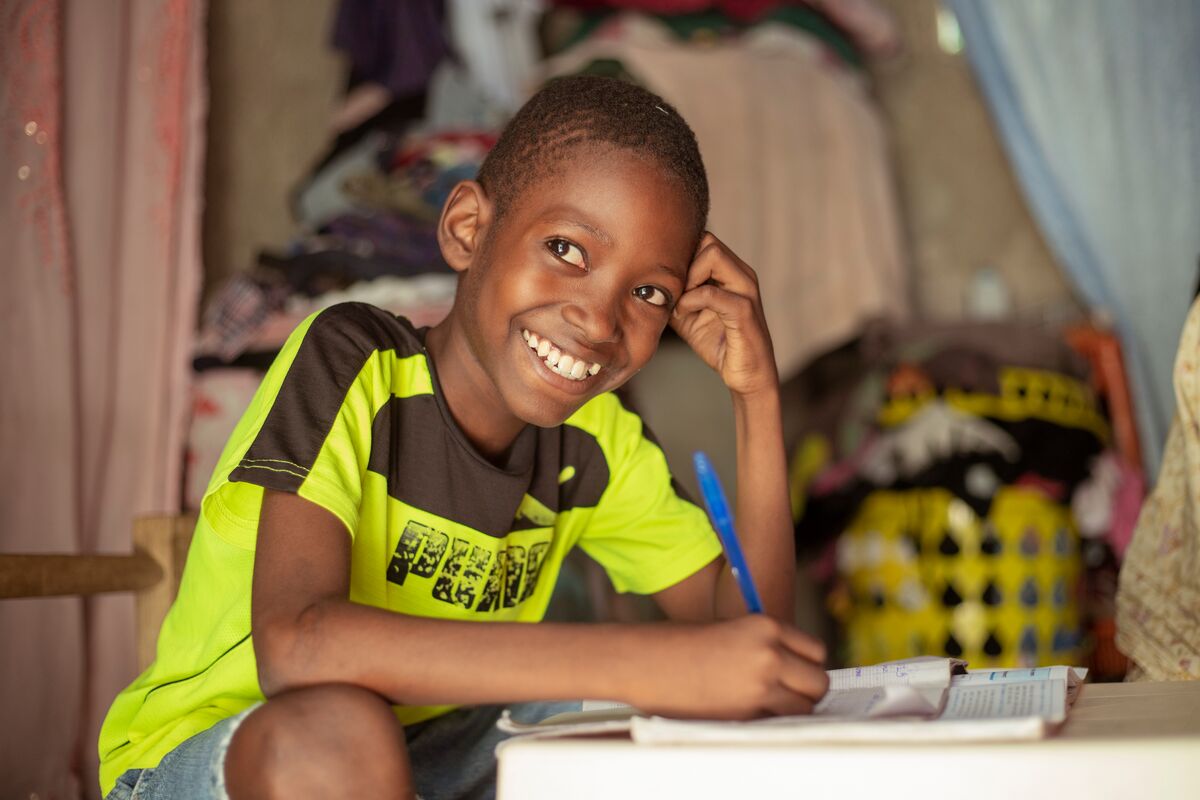 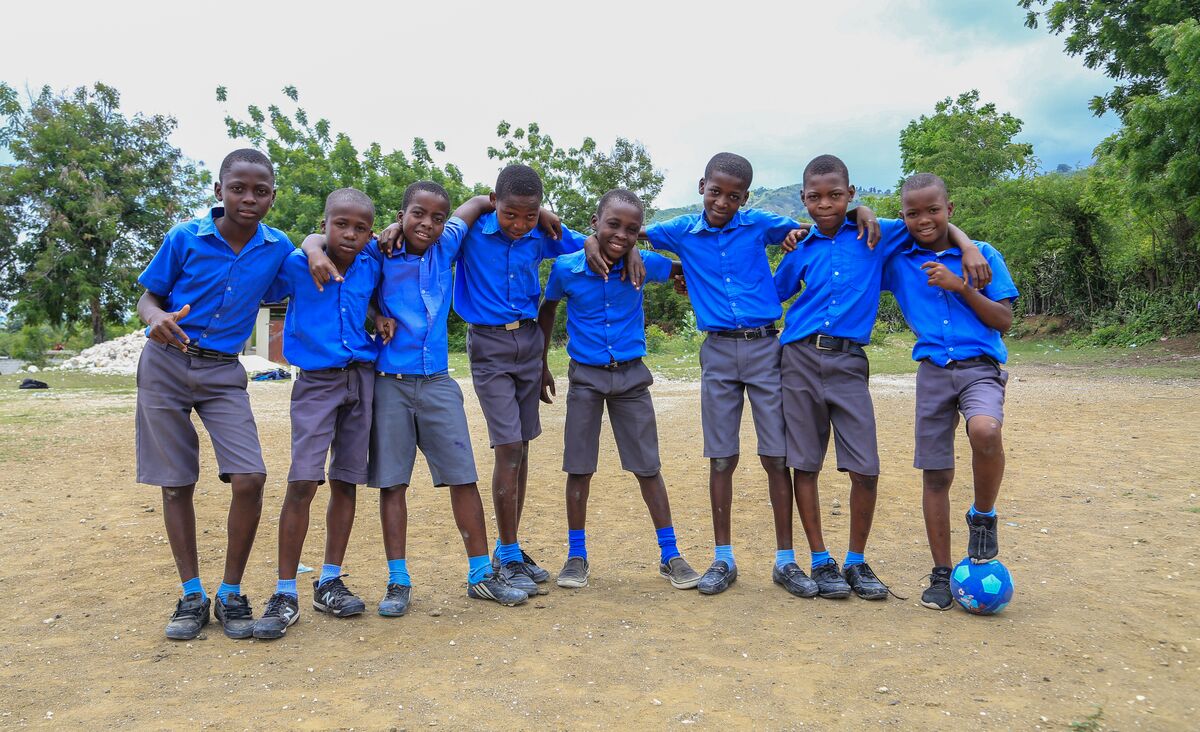 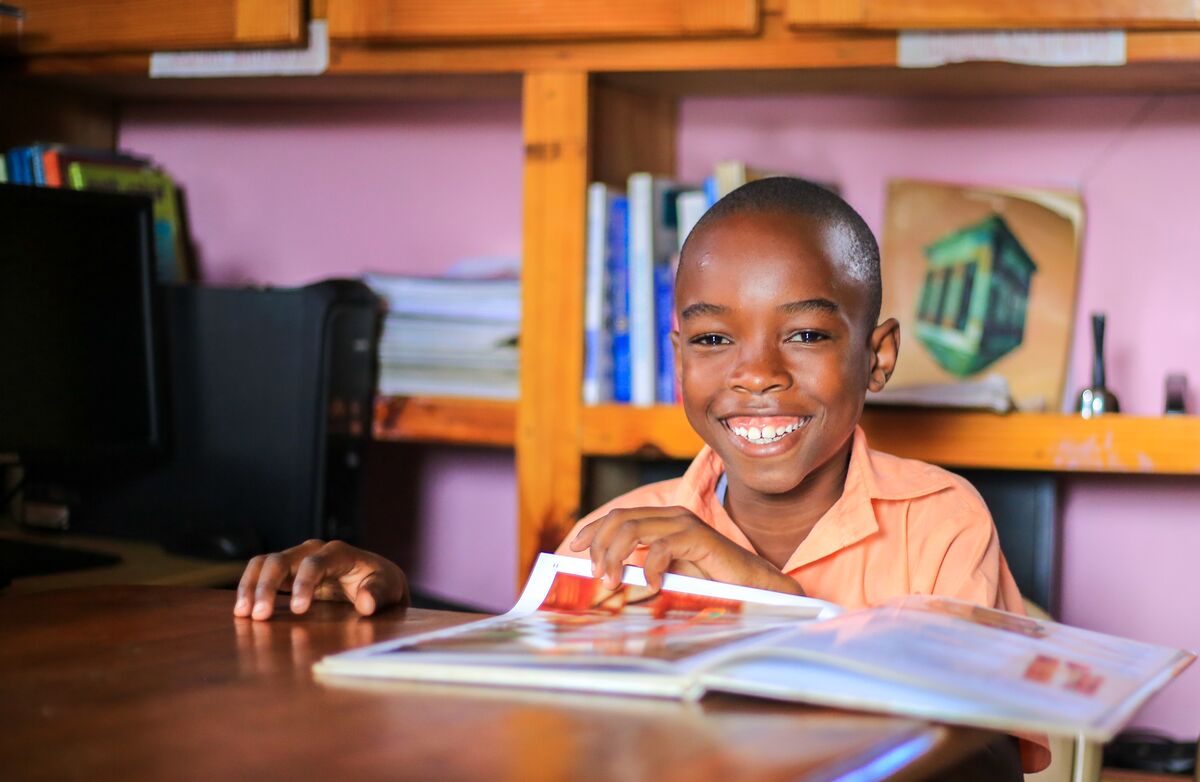 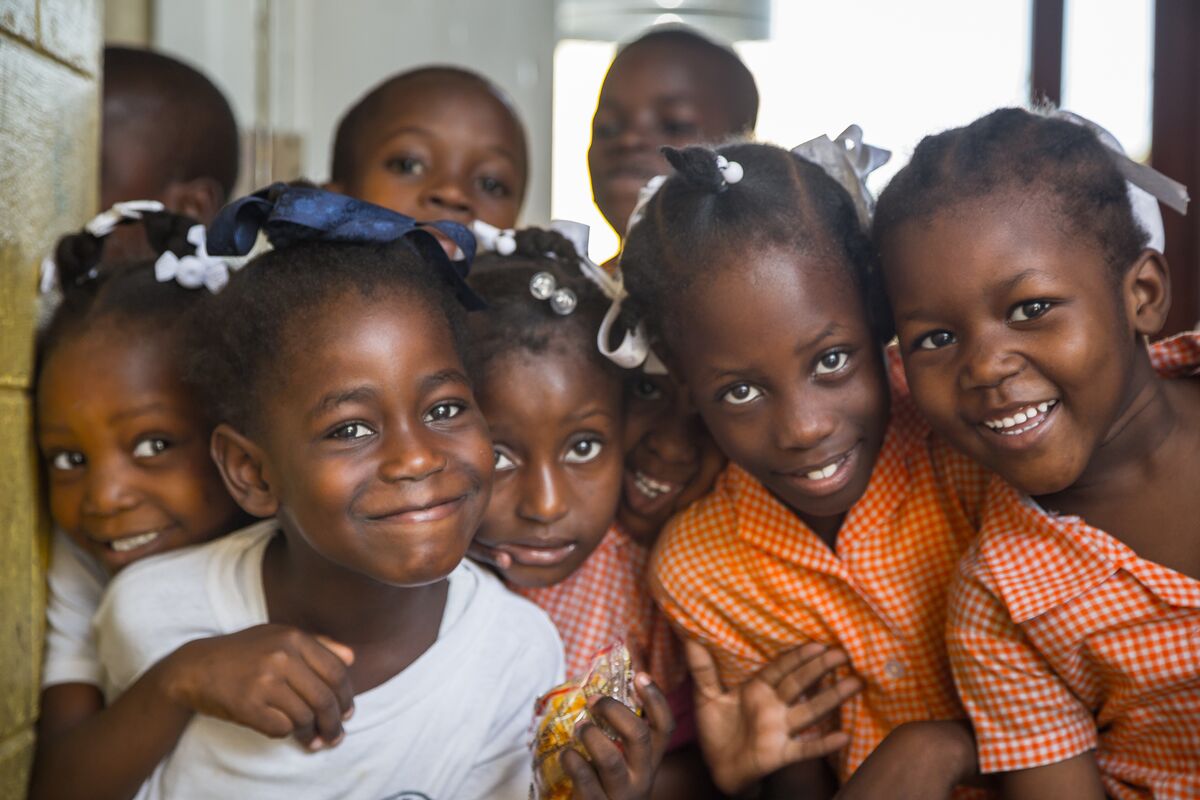 This video was released in July 2022.
If you've been inspired to sponsor a child from Haiti, visit our sponsorship page.

Wisdom and strength for those in positions of leadership in Haiti

Haiti’s mountain peaks reach over 8,000 feet, and Haiti comes from the word Ayiti meaning ‘Land of Mountains’. This name was given by the original inhabitants of the island, the Taino people.

Sponsor a child in Haiti

Haiti
Sponsor me
Search for children

Percentage of children under the age of 5 underweight: 9.5%

Religion: Protestants and Seventh-day Adventists represent approximately 50% of the population, Catholics 35 %, 3% practice Voodoo, and 12.5 % are of another/unspecified religion or none. Percentage living on less than $1.90 a day: 24.5%

La Isla Española, later known as Hispaniola, was originally inhabited by Tainos Indians. Within three decades of European arrival in 1492, the Tainos deteriorated rapidly from disease and forced labour. Gradually, Spanish interest in Hispaniola declined as gold and silver were discovered elsewhere.

By the late 17th century, France gained control over the western third of the island and called their colony St. Domingue. The settlement became extremely lucrative, importing up to 40,000 Africans per year to work as slaves on the profitable sugar plantations.

St. Domingue was producing 60% of the world's coffee by the mid-18th century, which required even more slave labour. Those forced to work as slaves endured deplorable conditions. It is estimated that one in five died within the first three years of arriving in Haiti, while the average life expectancy for someone enslaved was 21 years.

In 1791, following the French Revolution, those enslaved in Haiti started a 12-year rebellion. Guerrillas were led by a former slave named Toussaint L'Ouverture, who was eventually arrested by Napoleon's French army in 1801. The French were fully defeated in 1803, and Haiti declared independence in 1804.

Between 1843 and 1915, only one head of state served his full term out of 22 leaders. The rest were assassinated or forced into exile. The US sent troops in 1915 and occupied Haiti until 1934, forcing labour in groups called corvée (reminiscent of slavery).

In 2010, a tragic 7.0 earthquake hit Haiti, killing 230,000. Haiti has since experienced devastating hurricanes and natural disasters and the economy continues to struggle, amidst political unrest remains.

Art
Haitian artists make beautiful artwork out of objects that are destined to be discarded, such as old tin, which they cut into scenes of birds and flowers. Woodcarving and painting are also popular.

Music
Haitian music has both a French and African influences, along with Spanish styles brought over from its neighbour, the Dominican Republic. American jazz has also influenced Haiti. The national dance is the méringue (similar to the Dominican version).

Sports and Games
Football is played year-round, and you’ll often find children using make shift balls created from whatever they can find. Kites are popular, especially at Easter time. Children also like to play many versions of hide-and-seek.

The typical school year runs from September to June. Primary education is compulsory, but families must cover the cost. Most schools in the country are run by religious and not for profit organisations and do charge a small fee. When you add to this the cost of transport, books, and the mandatory uniform, many Haitians just can’t afford to send their children to school.

Children in Haiti often work from a young age and some families from rural communities send their children to live and work for wealthier families in the city. These children are known as, restavèks – a Creole word that literally means ‘to stay with’. While many families believe they are sending their children to a better life, in reality, children are denied basic rights to health and education and treated like slaves.

In addition to the many challenges already faced by children in Haiti, recent earthquakes have further exacerbated the problem as schools collapsed, leaving children with nowhere to go.

Protestants and Seventh-day Adventists represent approximately 50% of the population, Catholics 35%, 3% practice Voodoo, and 12.5 % are of another/unspecified religion or none.

Citizens are free to practice the faith of their choice. However, the government signed a concordat with the Pope that gives the Vatican authority to approve a specific number of bishops in the country with government consent. Under the agreement, the government provides a monthly income to Catholic priests. Catholic and Episcopalian bishops and leaders of the Protestant Federation all carry diplomatic passports.

Religious institutions must register with the Bureau of Worship to receive government benefits, but there is no penalty for non-registration. The Ministry of Justice authorises registered religious leaders to issue official civil documents, such as marriage and baptismal certificates.

Foreign missionaries are free to operate in the country under the same legal and administrative requirements as their domestic counterparts.

Many schools and hospitals across the country are run by church organisations and subject to government oversight. There are also a number of religious radio stations, most of which are Protestant.

When her husband died in an accident, Délivrance was left grief-stricken with four young children to raise. She had limited resources, and yet she had armed herself with courage and managed to start a small clothing store to try and keep her family afloat. Despite her best efforts and determination, Délivrance struggled, “I couldn’t even feed my children. All I could do was surrender it to God”. When her youngest daughter, Samuella, fell ill, Délivrance didn’t know where to turn for help. Then, one day, she received a visit from a health worker from Compassion’s local church partner. The women had heard about the family’s struggles from a friend. She told Délivrance to register Samuella at the local Compassion project. “When I think about it today, this is the most important advice I have ever received. It has completely transformed my life and that of my children,” said Délivrance. One of the first things the team did was admit Samuella to the hospital. The lack of food had left the three-year-old with severe malnurtrition and on the brink of death. Compassion covered all the costs. “Through Samuella’s hospitalisation, I realised how much I could count on the support of Compassion. It was the first time that my family had been helped with so much love,” said Délivrance. This was Délivrance’s first experience of the support of Compassion’s church partner. “The Compassion team saw me when no one else did and reached out to me when I had nowhere to go and no one to call for help. They gave me the right to continue to hope. That is priceless.” Today both Samuella and Délivrance are thriving. They’re able to look to the future with optimism—something they had lost just a few years before.

When her husband died in an accident, Délivrance was left grief-stricken with four young children to raise. She had limited resources, and yet she had armed herself with courage and managed to start a small cloth 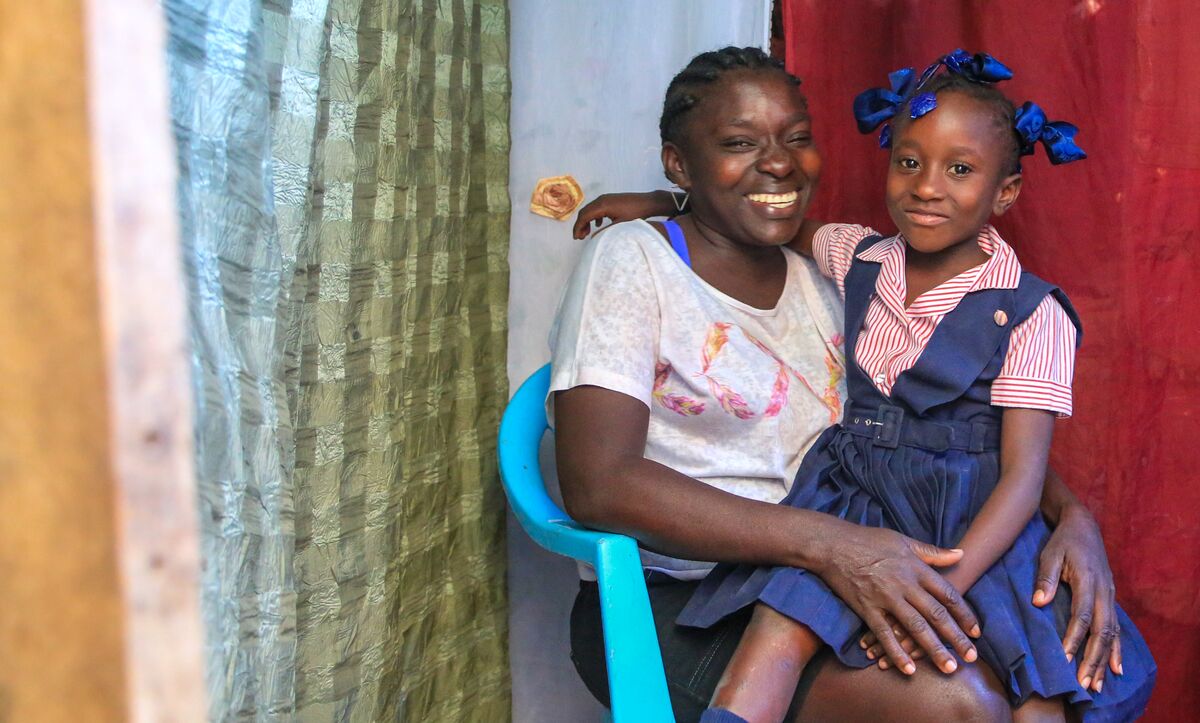