Food insecurity is at its highest level in six years. According to the World Food Programme (WFP), around 193 million people are at crisis level or higher - that's more than the entire population of Bangladesh. Read on to find out the extent of the need and what Compassion is doing to help.

Global hunger. We usually don’t think about hunger and its impact on people across the world. Our accessibility to food is something we take for granted. While we acknowledge there are hungry people in the UK, in some countries, millions of people are facing acute malnutrition – even starvation and death – because of food insecurity.

But what are the causes of world hunger? How many hungry people are there in the world? Why should Christians care about hunger? The following brings to light the extent of global hunger and what Compassion is doing, in partnership with frontline churches and supporters around the world, to help alleviate it.

How Many People are Malnourished? 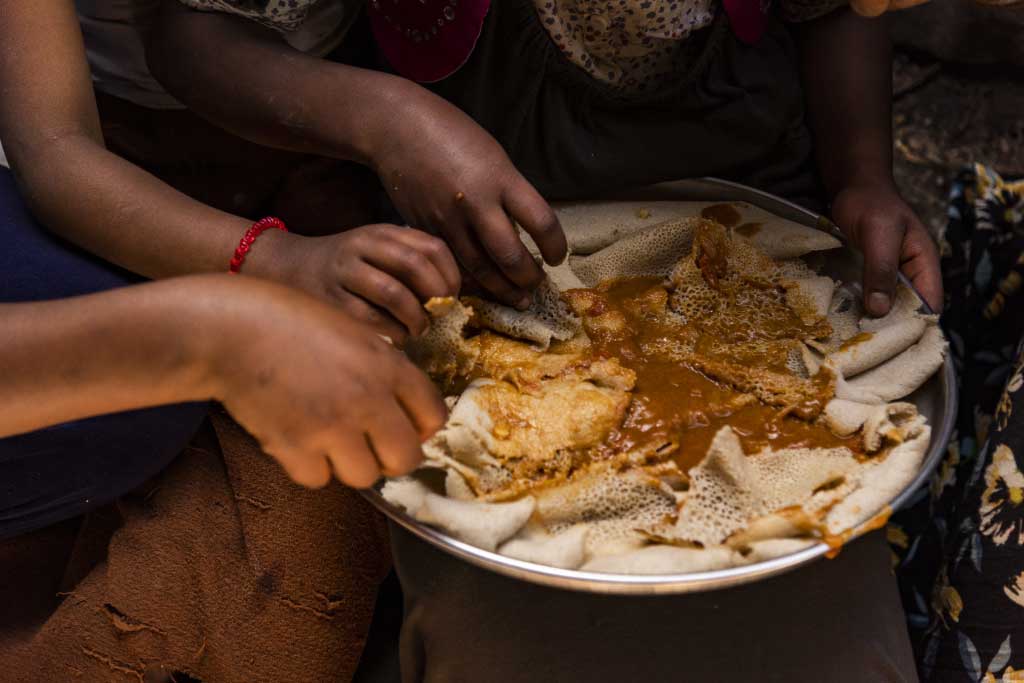 World Food Programme’s analysis found that 276 million people worldwide were already facing acute hunger at the start of 2022. That number is expected to rise by 47 million people if the conflict in Ukraine continues, with the steepest rises in sub-Saharan Africa.

This means families are going hungry, impacting their health. Families in food security crises have high or above usual instances of acute malnutrition. They can barely meet their minimum food needs and are doing so by depleting essential livelihood assets or through other strategies to cope with the crisis.

How Compassion is Assisting Families in Brazil 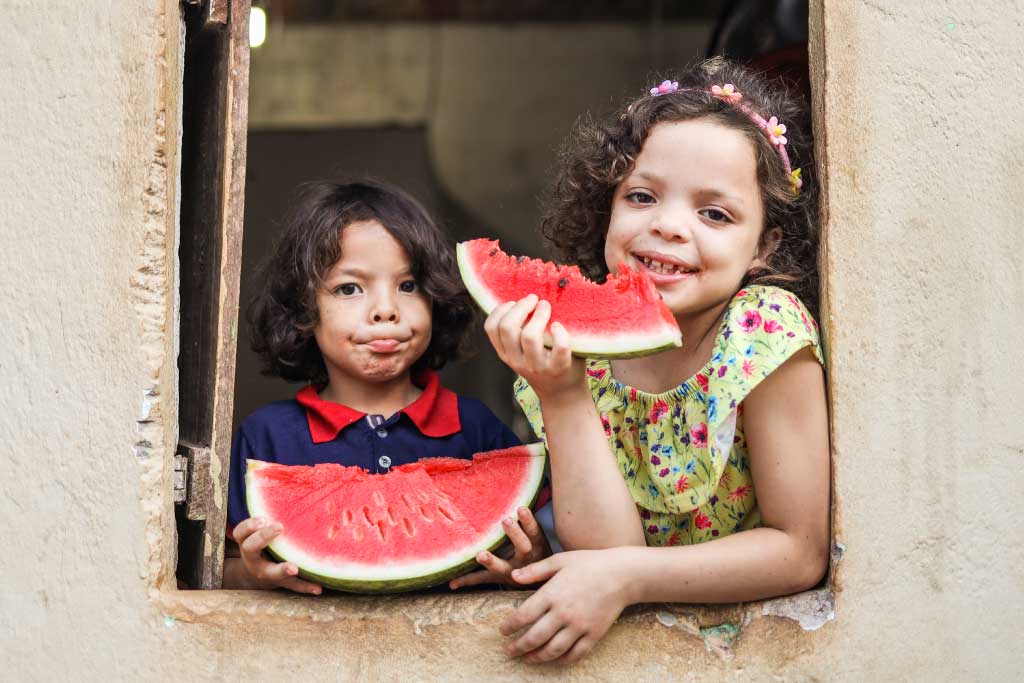 Every day when Pastor Davison and Gleydson arrive at the Compassion project in Brazil, they find many families, especially mothers, waiting to beg for food.

One of these mums is Carla, who lives with her three children in a one-room house at the bottom of a hill. Alone and with no job opportunity, especially during the pandemic, she relied on the church as the most crucial support to feed her children.

“One day, I saw my mother deeply sad at home, which made me cry because I don’t like to see my mother upset. But she changed utterly when the centre’s aunties came to our house with food baskets,” says 8-year-old Tawany.

“The centre treats me like a person,” says Carla. “It’s more than just giving us food; it’s the willingness always to support us … they help me with advice, encouraging words and prayer. That’s special for me.” 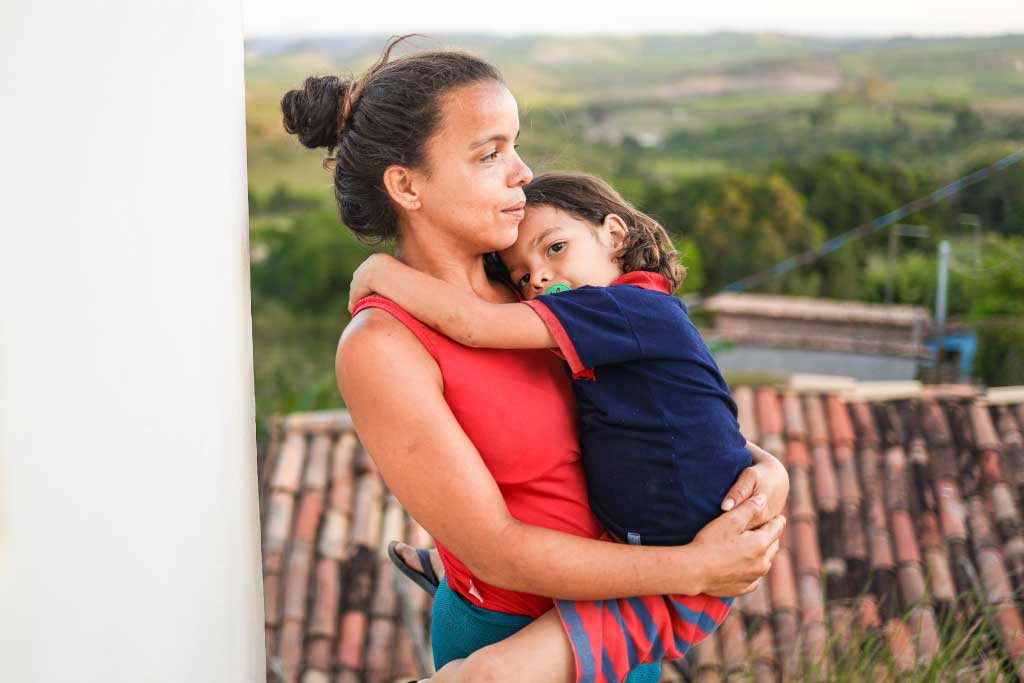 What are the Leading Causes of World Hunger?

Conflict is the biggest driver of hunger globally, responsible for 65% of people currently facing hunger and food insecurity according to the World Food programme. Their report highlights more than 139 million people are facing crisis levels or worse across 24 countries because of conflict.

2. THE IMPACT OF THE WAR IN UKRAINE

For the global food supply chain, there are few worse countries to be at war than Russia and Ukraine. Together, the two provide almost 30% of the world’s wheat — plus barley, sunflower oil and corn — feeding billions of people. This war is tipping our fragile world towards mass hunger, reports The Economist.

Meanwhile, Russia and Belarus are two of the world’s top producers of potash, an ingredient in fertiliser. Farmers worldwide are affected. With Russia’s exports blocked by many countries, and Ukraine’s planting season impacted by the fighting, a huge supply of the world’s food is trapped or disrupted.

According to The World Bank, this hits poor and developing countries hardest, as they depend on food imports the most.

3. THE RISING COST OF LIVING

Food has suddenly become very expensive. Trips to the supermarket and the petrol station cost a lot more — up to one-third and two-thirds more, respectively, according to the United Nations. The Russia-Ukraine war is worsening this inflation, making it even harder to get food at a decent price.

With families, in emerging economies spending an average of 25% of their budgets on food — up to 40% in sub-Saharan Africa and 60% in Haiti — the rising cost of living could place households with children in life or death situations. 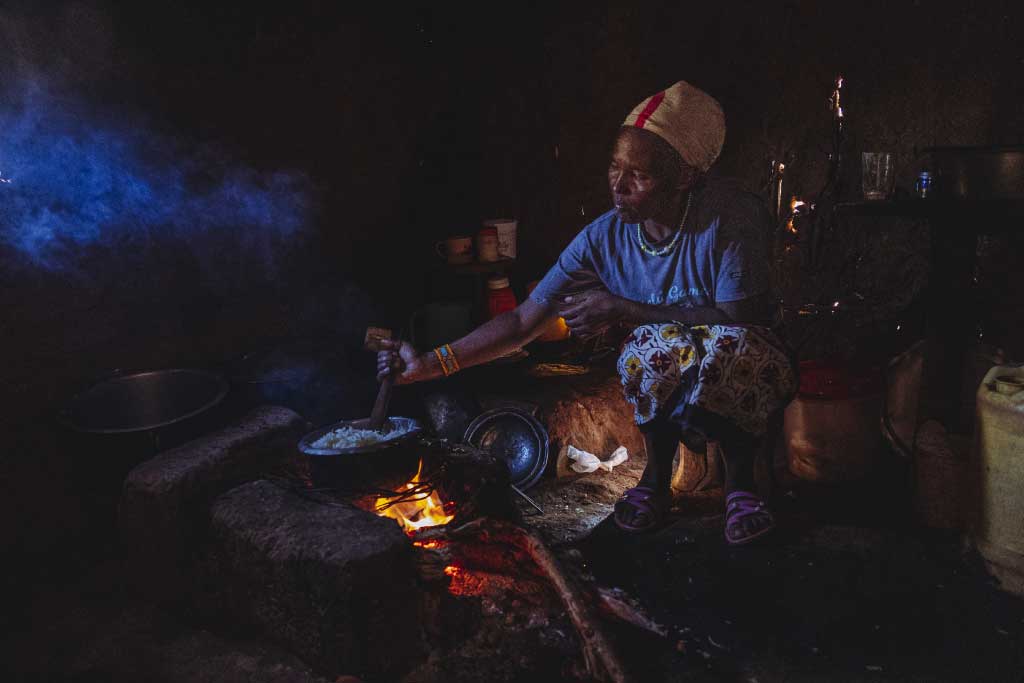 Extreme weather like hurricanes and droughts is increasing global hunger by shrinking harvests and skyrocketing food prices. Many of the world’s hungriest countries rely on agriculture as their main industry and eat seasonally according to their harvest. This means when there is no harvest, there is often no food.

The Horn of Africa is in the grips of a severe drought after rainy seasons have failed to materialise.

5. The effects of the pandemic 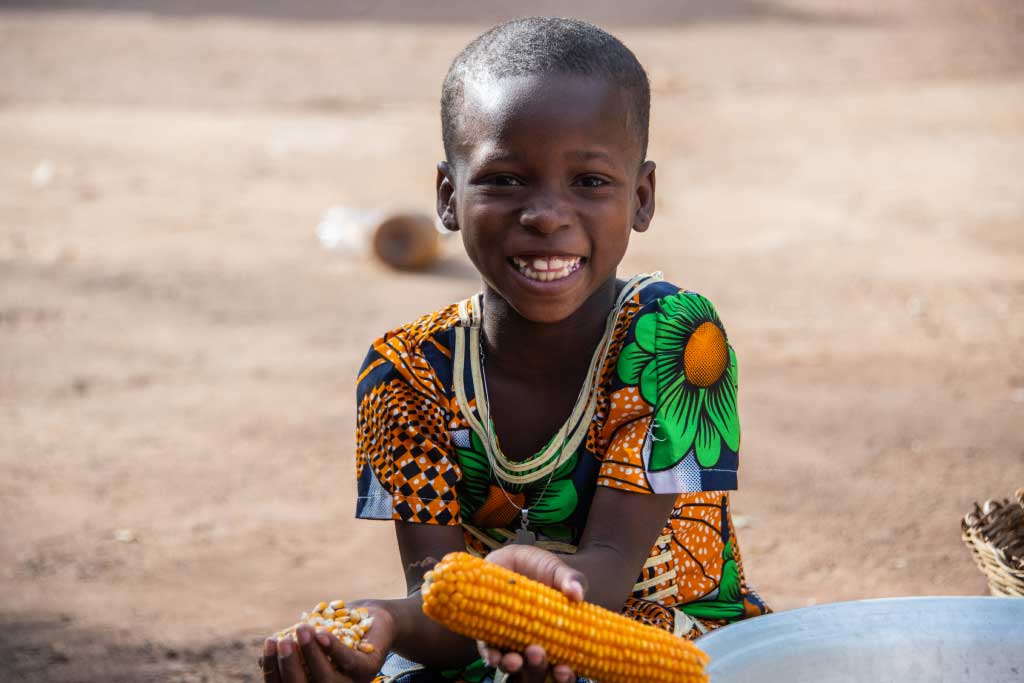 How Compassion is Assisting in Kenya

Kenya declared a state of emergency in 2021 after rains failed, leaving millions of people vulnerable to hunger.

The cumulative impact of two consecutive poor rainy seasons and the COVID-19 pandemic, insecurity, pests, and diseases have caused food insecurity to rapidly rise in the Arid and Semi-Arid Lands (ASAL) region of Kenya. The 2020 short rains (October to December) and the 2021 long rains (March to May) were poor across the ASAL counties.

An estimated 2.1 million Kenyans faced starvation due to the drought affecting half the country.

But for Elia’s family and many others in arid and semi-arid areas, Compassion and the local church were there to lend a helping hand – and ensure they had enough to eat through direct food provision and electronic bank transfers.

“We went to school knowing there is no food at home,” says 10-year-old Elia. “I am happy that Compassion is helping my family have food.” 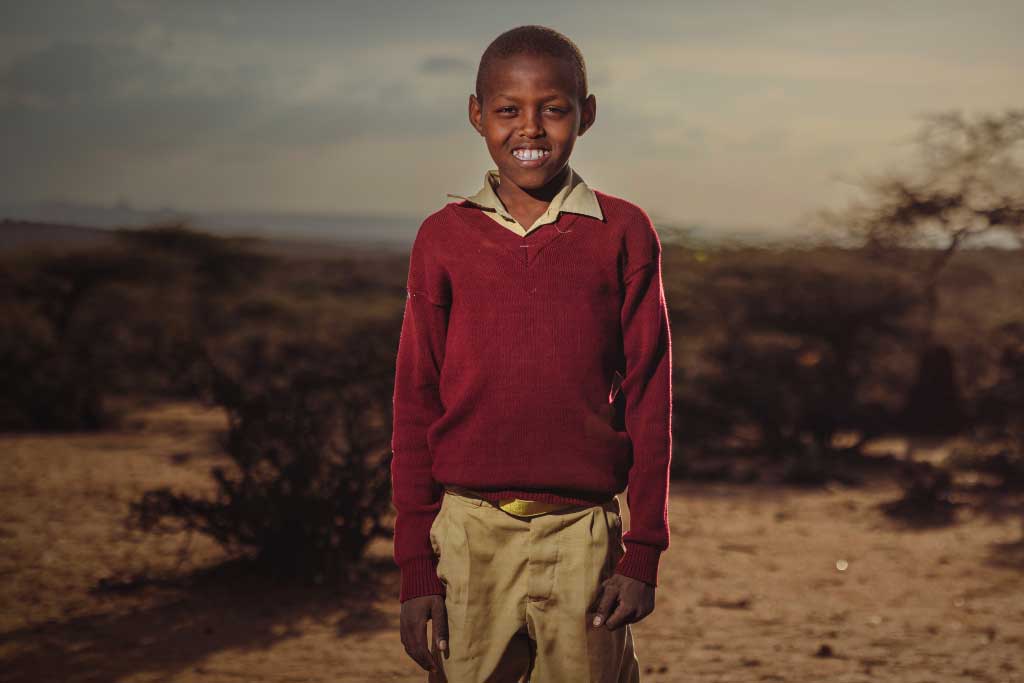 What Country has the Highest Incidences of Hunger?

As stated by the 2022 Global Report on Food Crises, in 2021, almost 40 million people are facing Emergency or worse conditions across 36 countries.

Of critical concern are more than half a million people facing Catastrophic levels – starvation and death – in four countries:

The number of people facing these conditions is four times higher than in 2020.

Feeding a Family of Seven in Ethiopia? 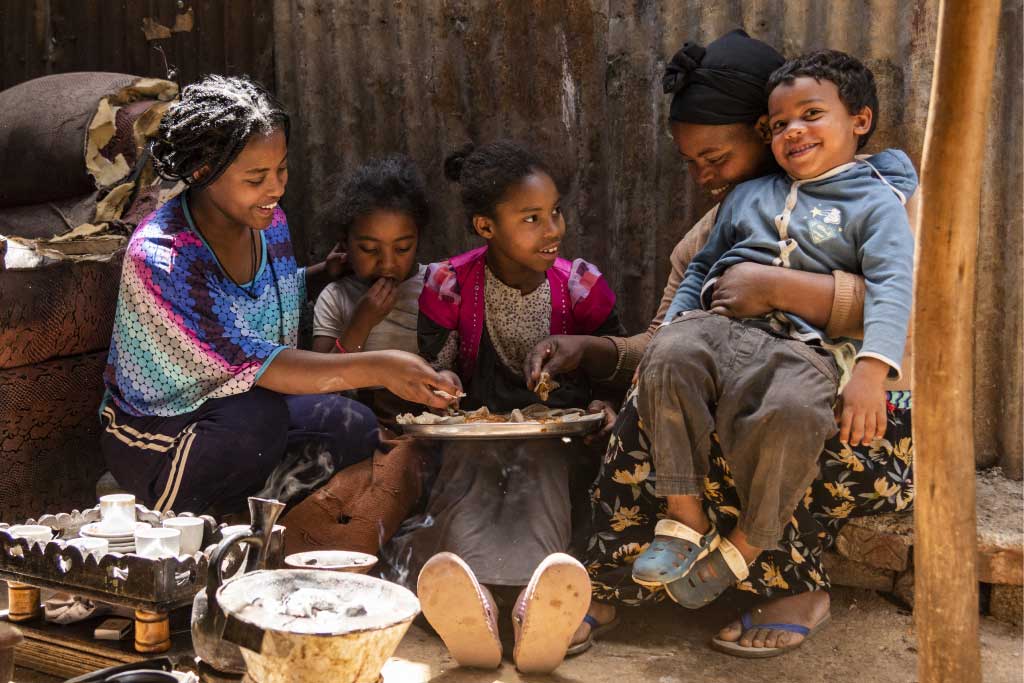 “They have rescued my children from hunger. They are the reasons I didn’t grumble against God, but they were my reason to give thanks to Him. I clearly see why God brought us to the church. Where would have I gone for help?” cries Abiyot, a single mother of six children.

When COVID-19 lockdowns were enforced, Abiyot lost her only source of income as a school cook. She also lost the means to feed her children through the breakfast and lunches guaranteed by the government’s school feeding programme.

Abiyot headed to the only place she knew to go for help—the church where her four-year-old son, Habtemariam, was part of the Child Sponsorship Programme since August 2019. She has been to the church on several occasions and found that the staff were always welcoming and ready to listen and help.

“Even if I knew I was doing the right thing by coming to the church, I couldn’t control my tears when I started telling Tsege, the project director, the situation at home. It is the most difficult thing I have had to do. I felt defeated,” Abiyot remembers.

The Compassion project was able to organise food for the family for several months and rent money until the restrictions eased. 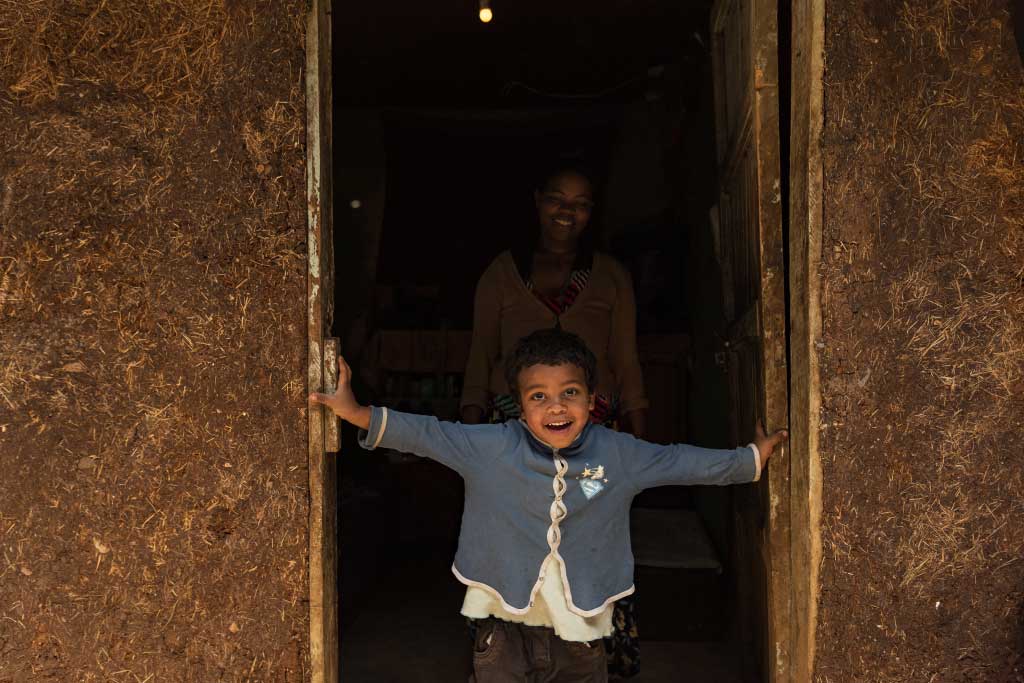 Can We Stop World Hunger?

Yes, we can stop world hunger. While there is no simple solution to end world hunger, that does not mean the problem cannot be solved. It needs political and collective action to tackle the root causes of hunger and poverty.

Hunger is a global issue. 193 countries have signed an agreement to end food insecurity and hunger by 2030, and progress has been made slowly, community by community. 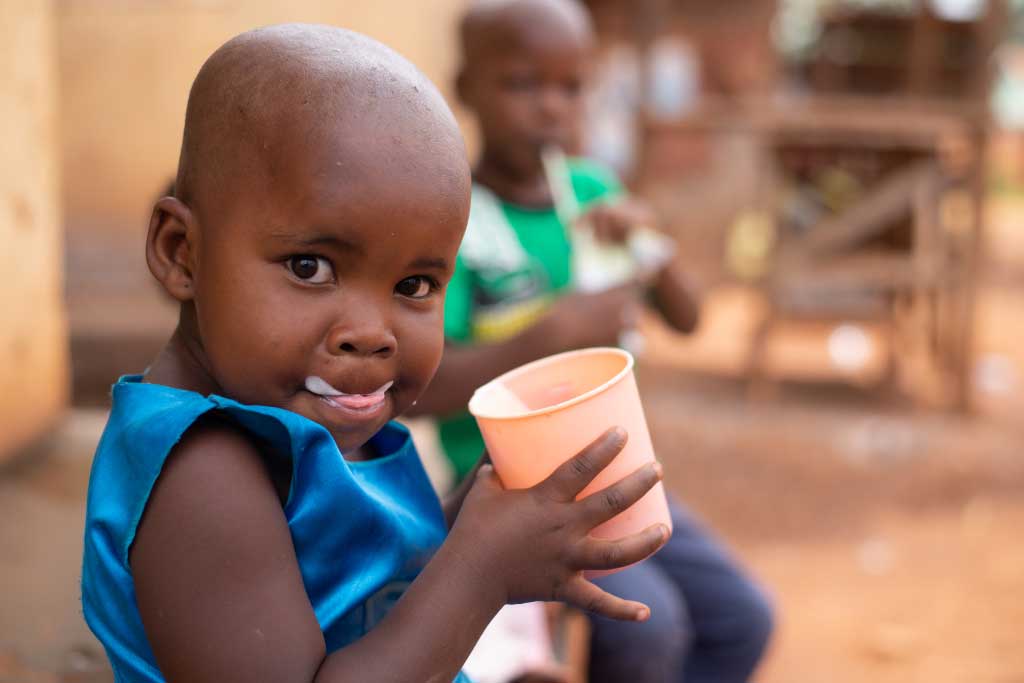 In Indonesia, Frizky, an agricultural student, is playing his part in reducing food insecurity in his community. A Compassion sponsored child, he proposed a hydroponic garden as part of the youth programme at his Compassion project.

The centre staff championed the idea, and today, the garden supplies vegetables to supermarkets. The garden was also the subject of Frizky’s thesis paper which saw him graduate from university with distinction.

“I really want to be an agriculture consultant to help people cultivate crops so that the food supply chain is well maintained,” says Frizky. 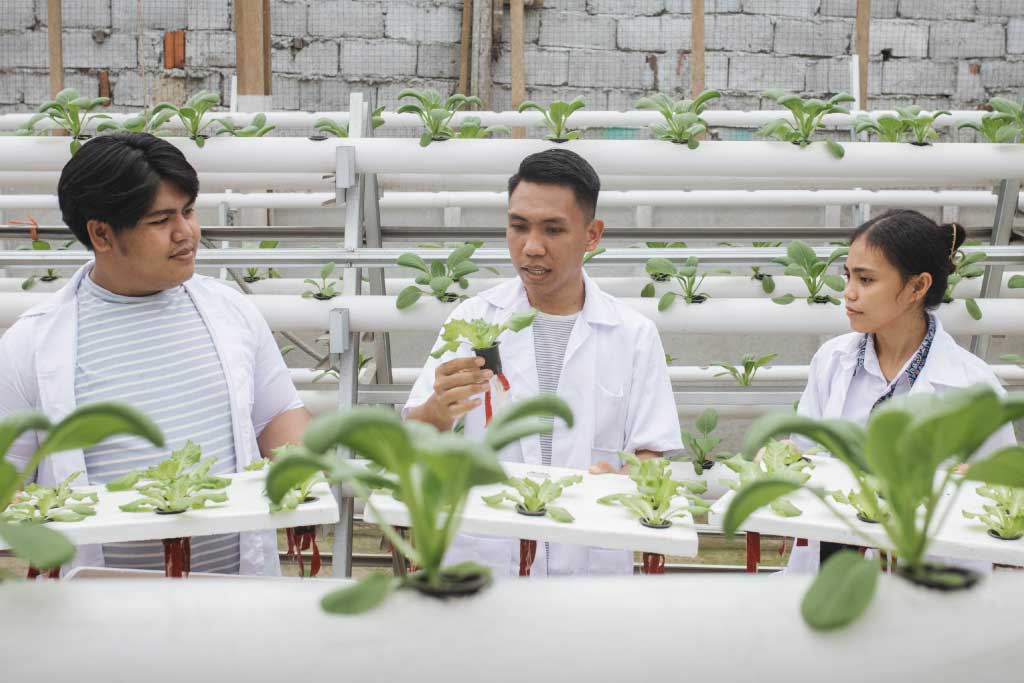 Why Should Christians Care about World Hunger?

We, as Christians, are called to love God and love our neighbours. His word, the Bible, encourages us to share what we have with others.

Hebrews 13 shows the importance of looking after others, especially vulnerable people who do not have enough to eat:

“And do not forget to do good and to share with others, for with such sacrifices God is pleased.” (Hebrews 13:16 NIV).
Serving and helping the poor is a common topic in the Bible, and scripture calls us repeatedly to provide food to the hungry.

In Isaiah 58:6-7, the Lord rebukes Israel, His chosen people, stating:

“Is not this the kind of fasting I have chosen: to loose the chains of injustice and untie the cords of the yoke, to set the oppressed free and break every yoke? Is it not to share your food with the hungry and to provide the poor wanderer with shelter—when you see the naked, to clothe them, and not to turn away from your own flesh and blood?” 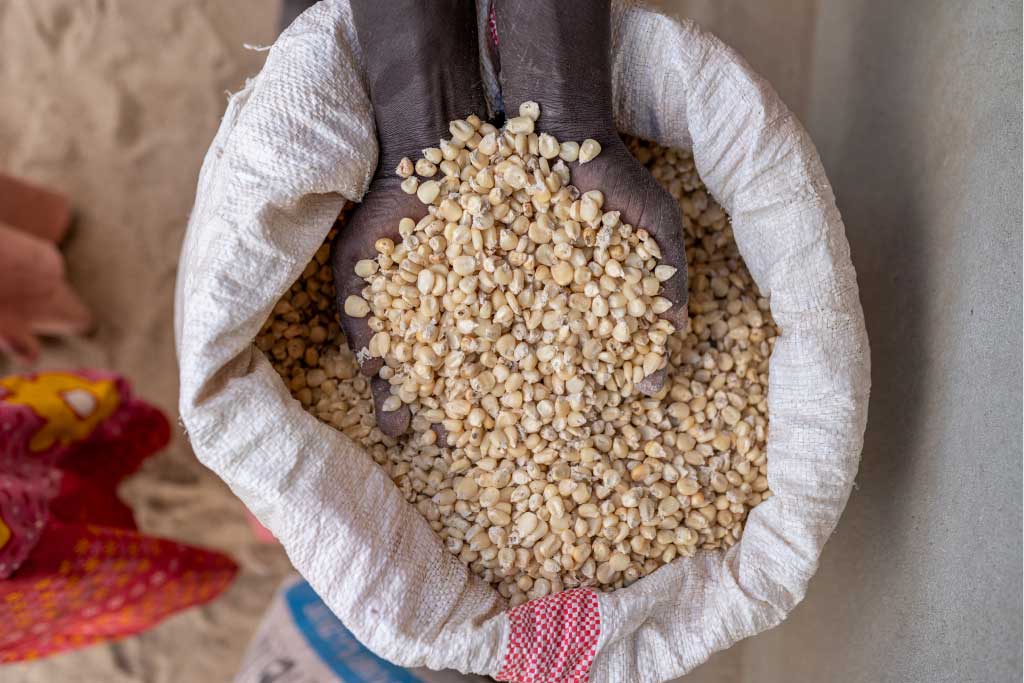 There is also a challenging reminder in the book of James. James 2:15-17 states:

“Suppose a brother or a sister is without clothes and daily food. If one of you says to them, ‘Go in peace; keep warm and well fed,’ but does nothing about their physical needs, what good is it? In the same way, faith by itself, if it is not accompanied by action, is dead.”

Throughout the Old and New Testaments, we can see God’s heart for the oppressed, the hungry, the vulnerable widows and orphans.

It is our calling as Christians to assist where we can.

Prayers for World Hunger to End

Join us as we pray: