Togo boasts gorgeous, palm-fringed beaches and lush, forested hills. It's also a country of extreme poverty where children face challenges in the quest for education and wellbeing. Compassion-supported children experience these realities daily. But at the Compassion project, there is hope. 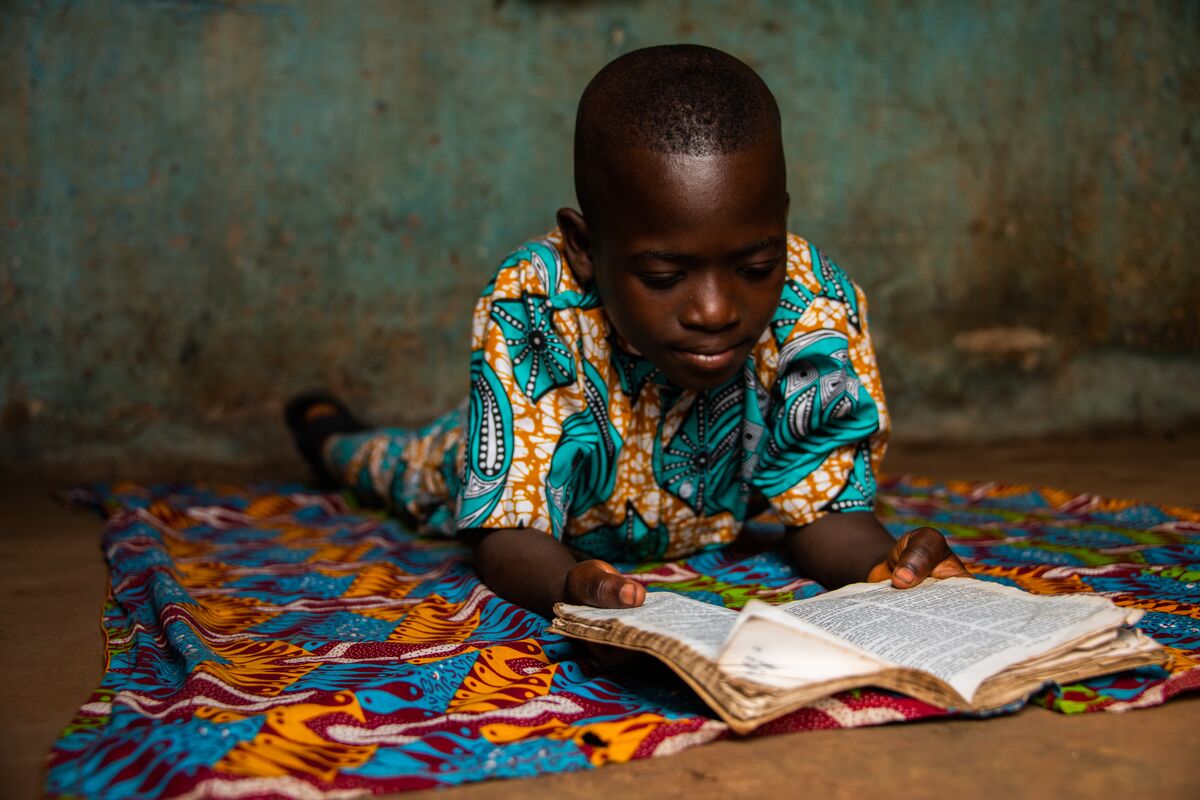 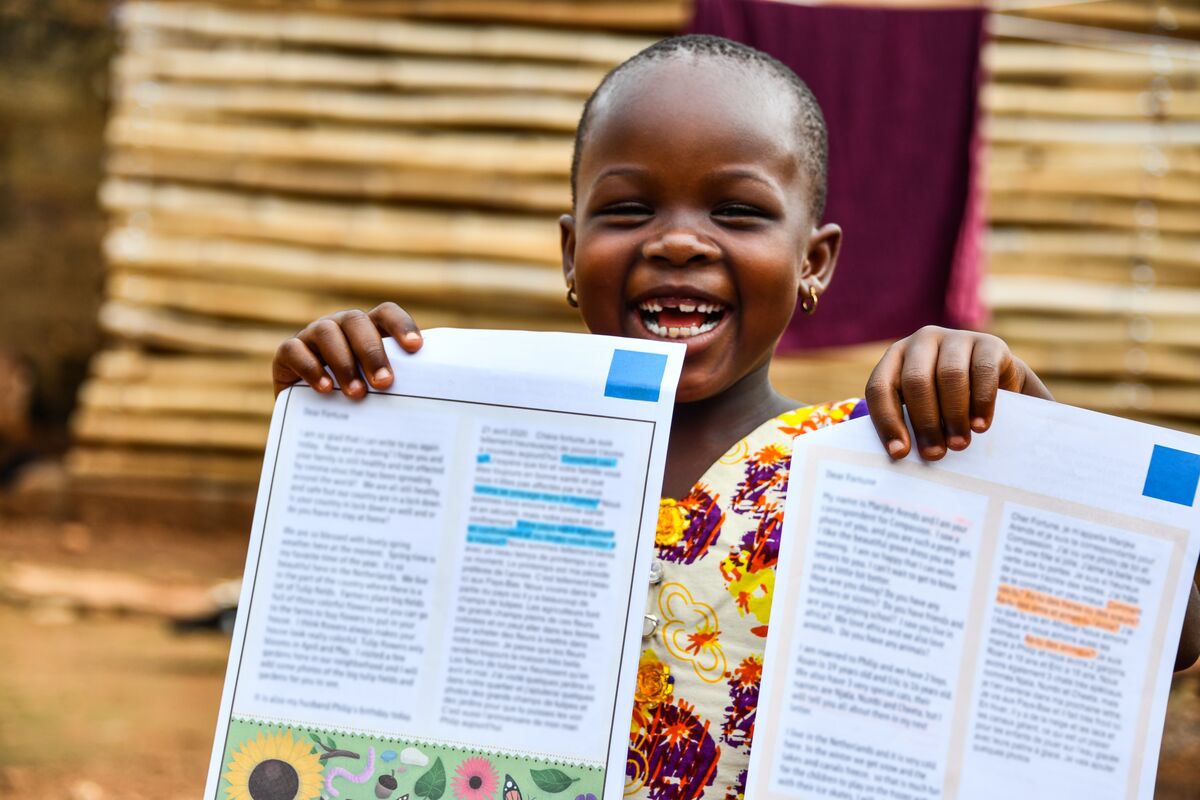 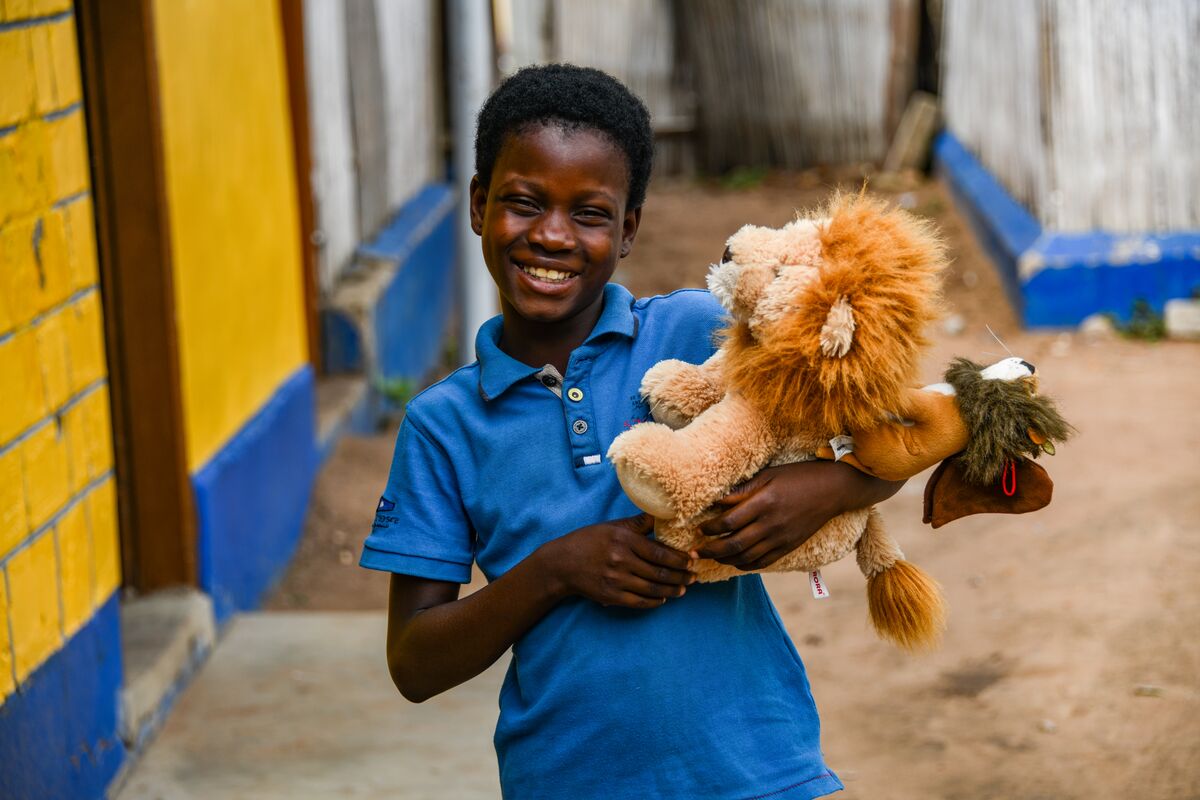 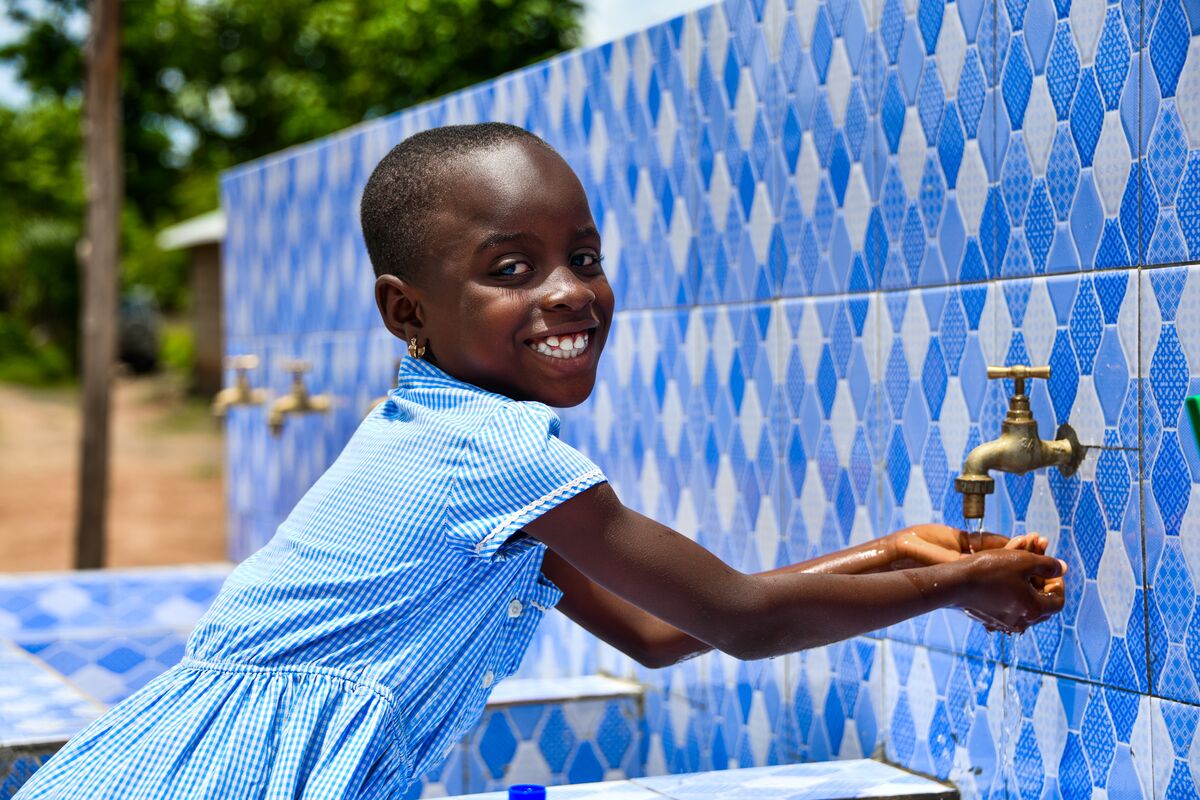 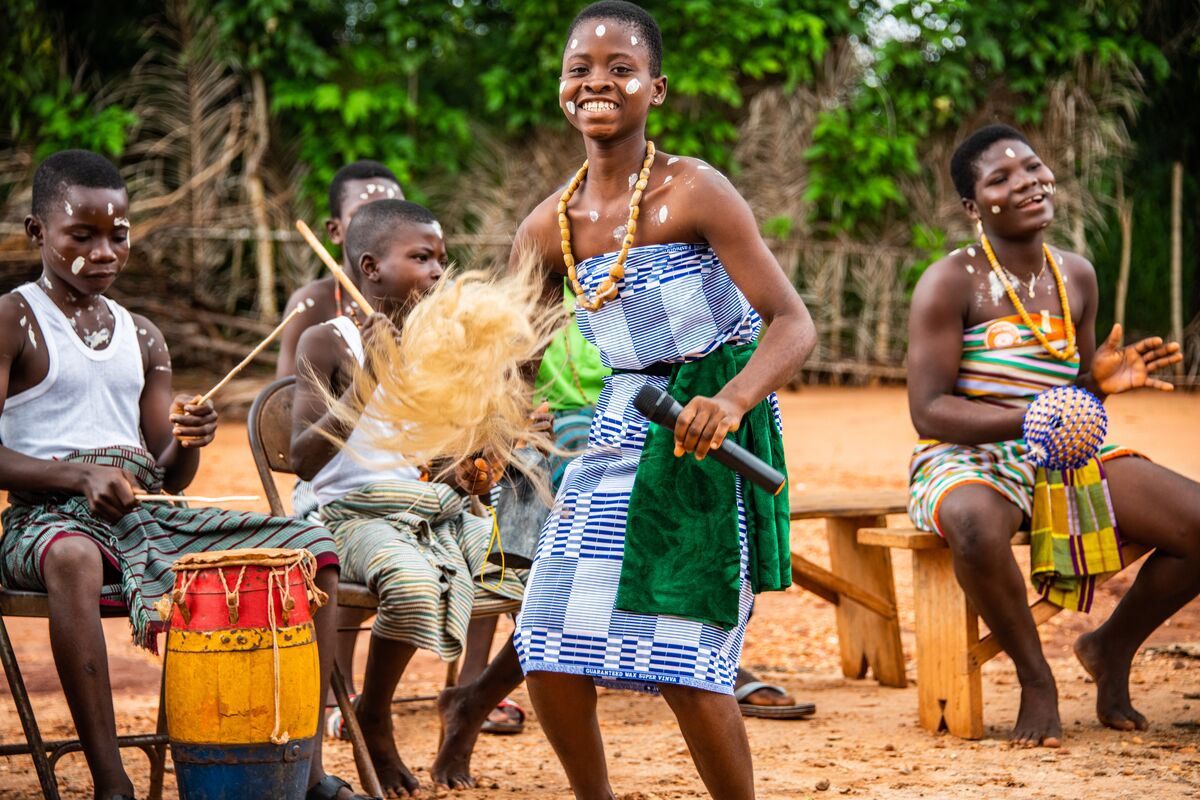 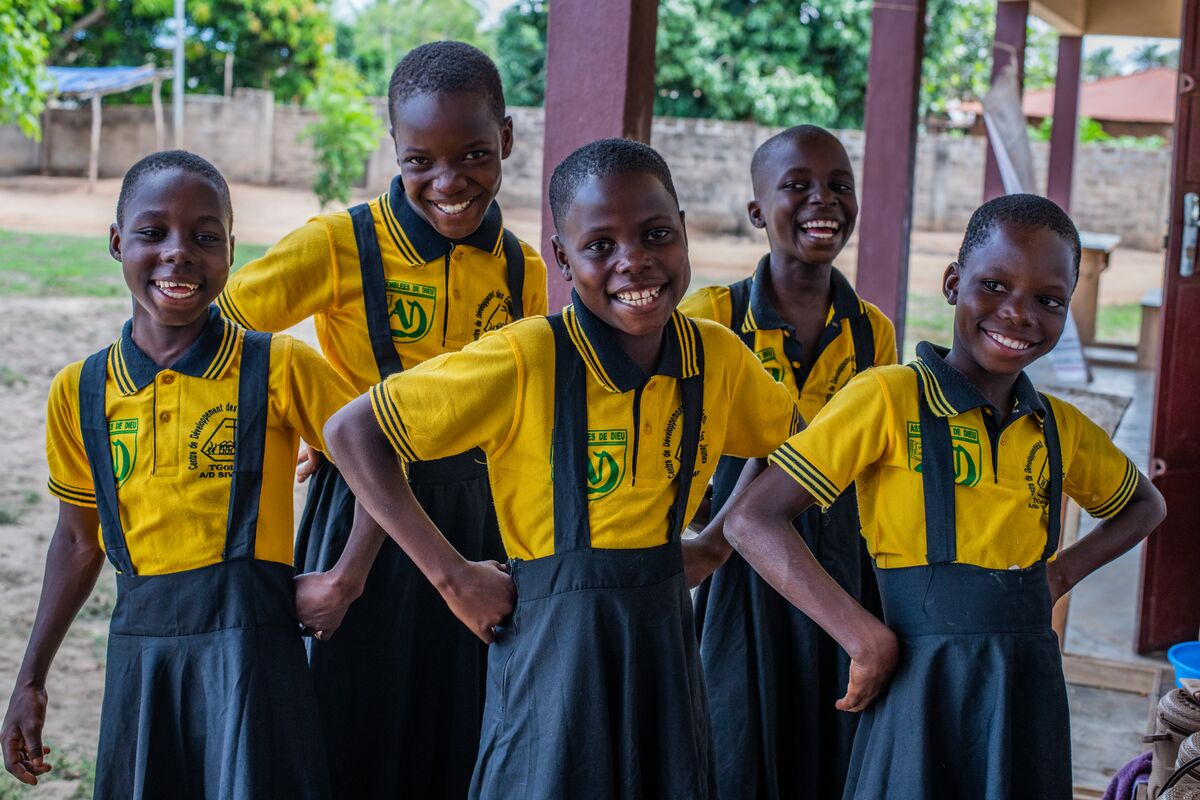 This video was released in July 2022.
If you've been inspired to sponsor a child from Togo, visit our sponsorship page.

Support for pastors in Togo as they serve their communities

Local churches in Togo as they seek to serve their communities

Sponsor a child in Togo

Togo
Sponsor me
Search for children

Percentage of children under the age of 5 underweight: 15.2%

Religion: Approximately 44% of the population are Christian, 14% are Muslim and 36% are followers of indigenous beliefs and 6% are of another/unspecified religion or none.

Very little is known about the region that is Togo before about 500 years ago. When the first Europeans arrived, tribes including the Ewe, Mina and the Guin had already settled the region. Beginning in the 16th century and continuing for the next 200 years, slave traders raided the region, also known as “The Slave Coast.”

In 1847, German missionaries came to Togo shortly followed by German traders. In 1884, Togoland, as it was called, became a self-supporting colony of Germany. Following World War Two, Togoland became a trust territory of the United Nations. Still split administratively between the United Kingdom and France, residents of the British portion voted to join the British Gold Coast to form the new country of Ghana in December 1956.

During that same year, French Togoland became an autonomous republic within the French union under the leadership of Prime Minister Nicolas Grunitzky. He lost power in 1958, and on 27 April 1960, Togo became an independent nation.

A period of political instability followed, which included a bloodless military coup led by Lt. Col. Étienne Eyadéma. President Eyadéma’s 33-year rule came to a sudden end in February 2005 when he died on board an aeroplane en route to France for treatment for a heart attack. In a military coup-like fashion, power transfer went from father to son. In October 2007, Togo held its first relatively free and fair legislative elections.

Art
Togolese art includes different kinds of textiles and handcrafted items made from marble, gold and silver, alongside traditional masks and wood carvings.

Music
Drums dominate music in Togo with dozens of varieties to choose from, including blekete, grekon, ageche, akpesse, aziboloe, amedjeame, and adamdom. This music is often accompanied by dance, and most songs are sung in the Ewe language.

Language
The official language of Togo is French, although it’s not widely spoken outside of business and government. More common languages include Ewe in the south and Kabiye in the north.

Sports and Games
As in much of Africa, football is the most popular sport. However, Togo was a minor player on the world stage until 2006, when the national team, nicknamed Les Eperviers (The Sparrow Hawks), qualified for the World Cup. During the 2008 Olympics in Beijing, Togo won its first Olympic medal when Benjamin Boukpeti, a French-born Togolese canoeist, won the bronze in the Men’s K1 Kayak Slalom.

Typical Foods
The most popular food in Togo is maize, which is made into a porridge called pâtes in French or akume in Ewé. This simple dish is always served with sauces or stews made with vegetables such as okra, ademe and spinach, fish, or meat, like cow skin or large bush rats. Fufu is another popular dish made with yams. Once the yams are cut and peeled, they are boiled until they have the consistency of dough. Like the pâtes, fufu is served with sauces made from popular flavours such as groundnuts, goat and palm nuts.

Primary education is compulsory and free in Togo. Due its history as a French colony, the education system follows the French model of primary, secondary, and higher schooling.

In 2008, the Togolese government abolished all school fees, which helped to increase the enrolment rate to 90%. However, many classrooms are still minimally equipped, most without electricity. There is also a disparity between the education of girls and boys, with 10% fewer girls enrolled in education than boys.

Although the French language is a second or even third language for most children, the country's literacy rate is one of the highest in Africa.

In the capital city of Lomé, there are a number of centres of higher education with colleges of administration, architecture and urban planning alongside the University of Benin.

Approximately 44% of the population are Christian, 14% are Muslim and 36% are followers of indigenous beliefs and 6% are of another/unspecified religion or none.

There is no state religion in Togo and the government protects the right of all citizens to exercise their religious beliefs, consistent with the nation’s laws. Religious groups other than Roman Catholics, Protestants, and Muslims must register with the government.

Christians live mainly in the south, while Muslims are predominately in the central and northern regions.

The public school curriculum does not include religious education. There are many Catholic, Protestant, and Islamic schools, which the government supports by assigning its own paid employees as additional teachers. Other registered religious groups have the right to establish schools as long as they meet the right standards.

The constitution does not allow political parties to be formed based on religion. The law also forbids private religious radio stations from broadcasting political material.

“I wanted to play with my friends, but something always retained me. I was afraid my mother would die,” says Mawulom. Mawulom was only 10 years old when his mum Ami was admitted to hospital after feeling seriously ill for two months. Her legs were swelling and growing increasingly painful. Eventually, she collapsed. Mawulom had been living in fear of losing his mum and was suffering from debilitating anxiety. He couldn’t live a normal childhood, as the fear and worry affected both his mental and physical health. Abraham, Mawulom’s social worker at his Compassion project, noticed a change in his behaviour and paid him a visit at home. Upon discovering Ami’s ill-health, he used Compassion Survival Intervention Funds to pay for emergency surgery and medication for her. They also provided food for the family to eat whilst she was in the hospital. Now Ami is home and gradually getting better. Mawulom is feeling much more positive about life. “All my fear was gone the day my mother was discharged from hospital and arrived home,” he says. “Without the help of the [Compassion] centre, my mother would have died.” Mawulom is grateful not only to his social worker and Compassion project but also to his sponsors. “May God bless my sponsors for their love and care for us. I pray that God rewards them abundantly.”

“I wanted to play with my friends, but something always retained me. I was afraid my mother would die,” says Mawulom. Mawulom was only 10 years old when his mum Ami was admitted to hospital after feeling seriousl 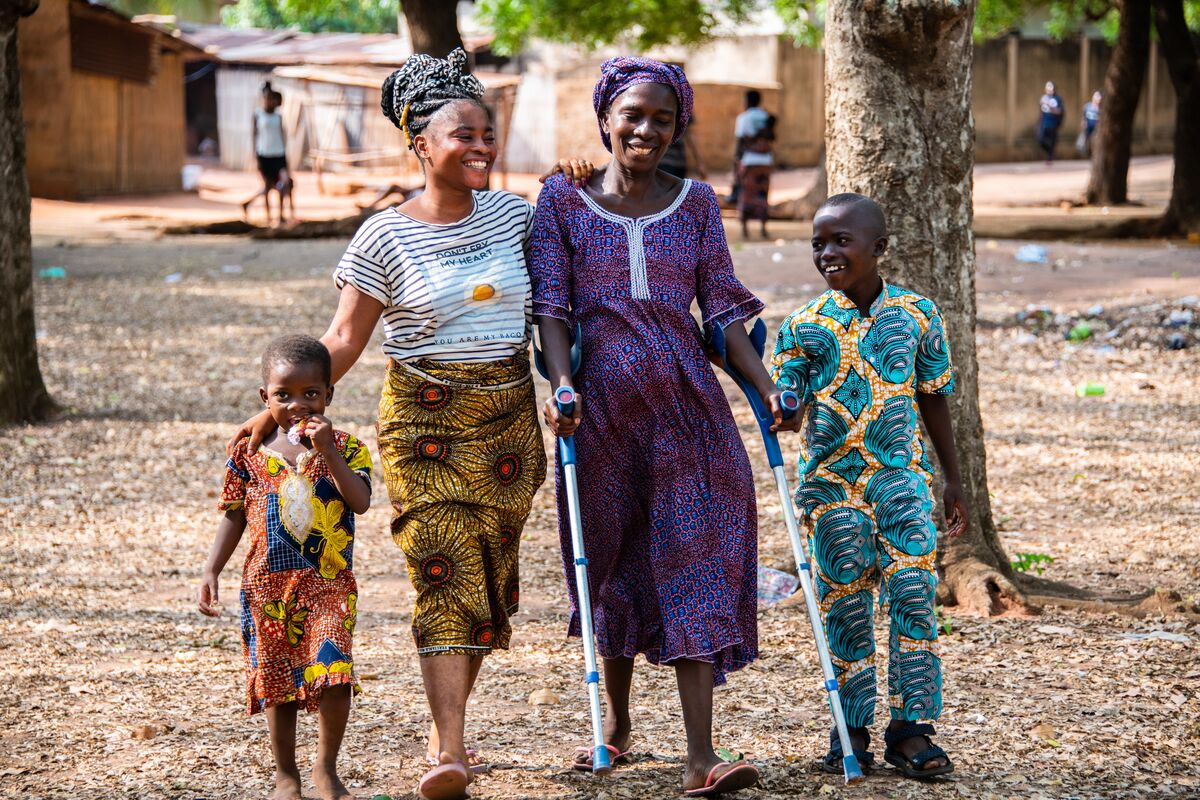