25 Bible Verses On Forgiveness To Bring You Peace

Forgiveness can be a struggle. Let these beautiful Bible verses on forgiveness help you to forgive others today.

Forgiveness in the Bible

Bible verses about giving and forgiving are peppered throughout the scriptures. Generosity with finances and generosity with our forgiveness come from the same source – compassion.

Forgiveness can be a struggle for most. In life, people behave in ways that can offend us. Holding a grudge might feel natural, but the Bible encourages us to forgive.

Recent studies on forgiveness show that practising forgiveness can improve our mental and physical health. But how do we practice forgiveness and experience the peace it brings?

Reading these Bible verses about forgiveness will inspire you to forgive others and help you remember that we have been forgiven thanks to Jesus’ sacrifice on the cross.

All of these Bible verses about forgiveness have been taken from the NIV version of the Bible.

These are the Bible verses I turn to when struggling with the challenge of forgiveness. They remind me that God’s forgiveness is so powerful. If we turn to Jesus, we find full forgiveness of our sins, freedom and peace.

Psalm 103:12 “As far as the east is from the west, so far has he removed our transgressions from us.”

Ephesians 1:7 “In him we have redemption through his blood, the forgiveness of sins, in accordance with the riches of God’s grace.”

1 John 1:9 “If we confess our sins, he is faithful and just and will forgive us our sins and purify us from all unrighteousness.” 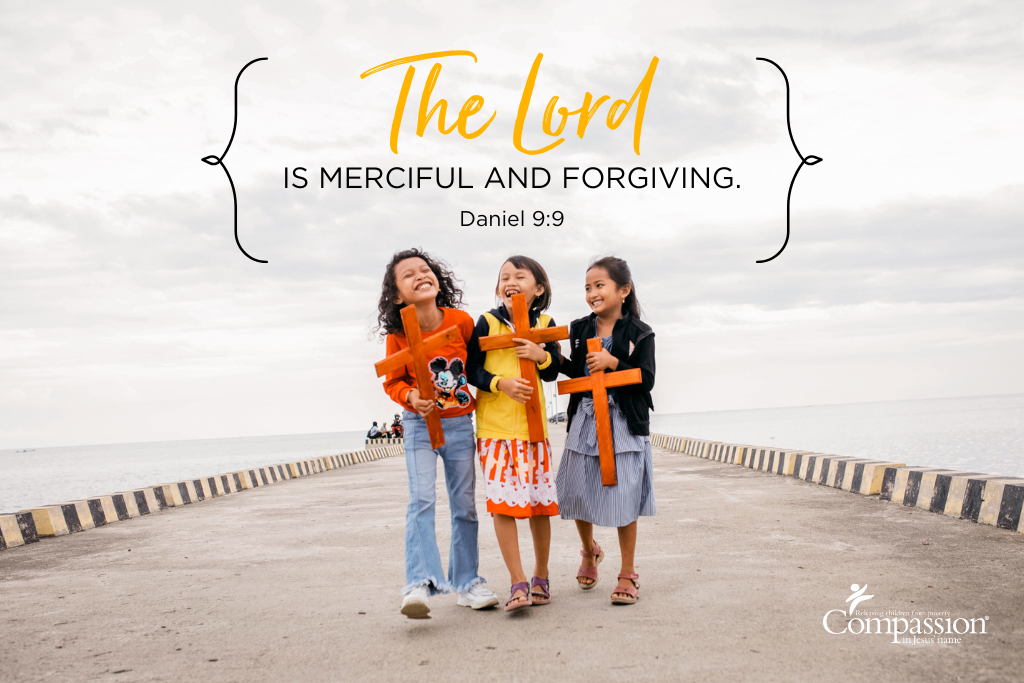 Daniel 9:9 “The Lord our God is merciful and forgiving, even though we have rebelled against him.”

Isaiah 43:25 “I, even I, am he who blots out
your transgressions, for my own sake,
and remembers your sins no more …”

Isaiah 1: 18 “Come now, let us settle the matter,”
says the Lord. ‘Though your sins are like scarlet,
they shall be as white as snow;
though they are red as crimson,
they shall be like wool.'” 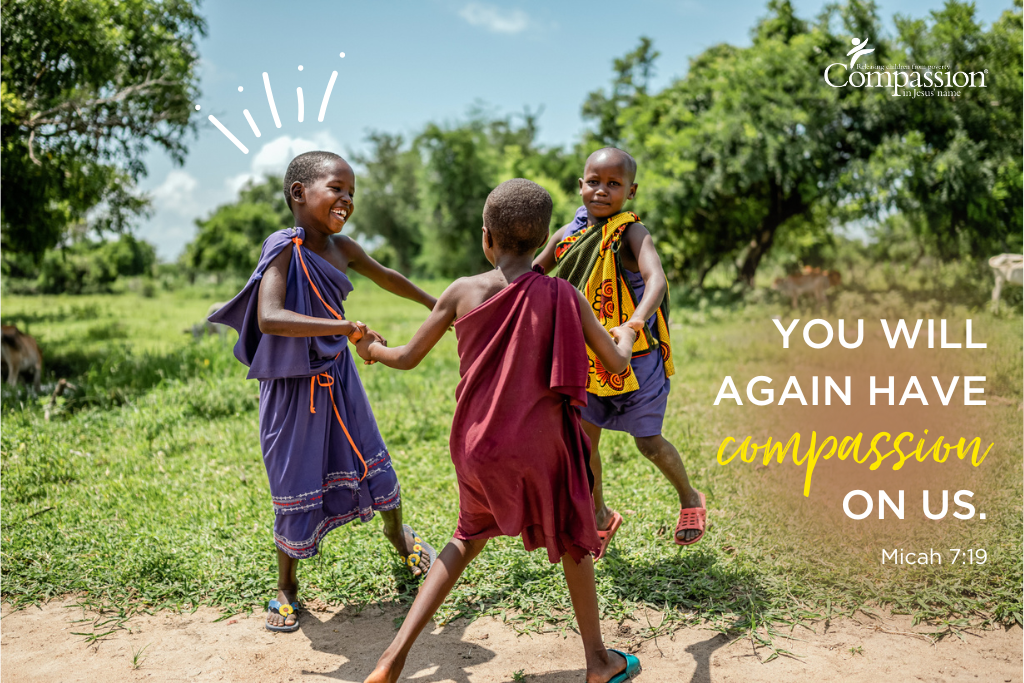 Micah 7:18-19 “Who is a God like you,
who pardons sin and forgives the transgression
of the remnant of his inheritance?
You do not stay angry forever
but delight to show mercy.
19 You will again have compassion on us;
you will tread our sins underfoot
and hurl all our iniquities into the depths of the sea.”

Hebrews 10:17 “Then he adds: “Their sins and lawless acts I will remember no more.”

Jeremiah 31: 34 “For I will forgive their wickedness
and will remember their sins no more.”

Jesus gives us the perfect example of forgiveness. While in agony on the cross, Jesus called out, exclaiming “Father, forgive them, for they do not know what they are doing.” (Luke 23:34).

Wondering how many times the Bible calls us to forgive? Jesus asks us to model our forgiveness of others on the way God has forgiven us, forgiving “not by seven times, but seventy seven.”

Matthew 18: 21-22 “Then Peter came to Jesus and asked, ‘Lord, how many times shall I forgive my brother or sister who sins against me? Up to seven times?’ Jesus answered, ‘I tell you, not seven times, but seventy-seven times.'”

Forgiveness and Compassion: a story from Rwanda

If you’re finding it hard to forgive, you may be encouraged by Methode’s testimony.

Methode was only 6-years-old when the Rwandan genocide occurred, during which, both of his parents were murdered.

Looking back, Methode says, “The biggest thing that happened to me, that the government would not have managed to give me, is forgiving my parents’ killers. 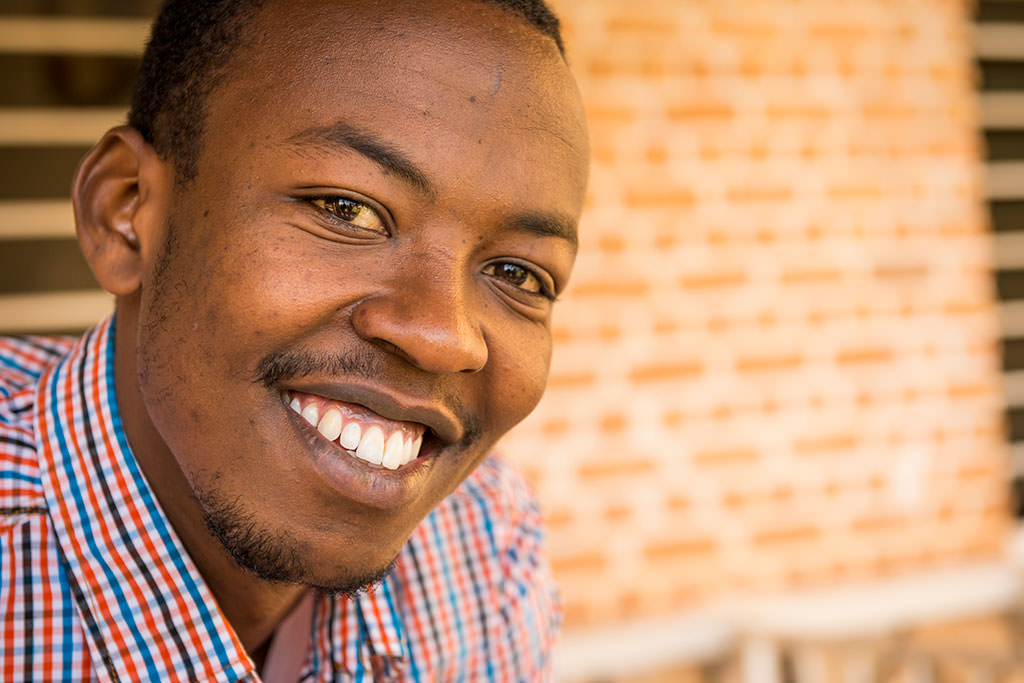 “God convinced me that I would not be any different if I revenged. I thank Compassion, and my sponsor because they introduced me to knowing God bit by bit, until I got born again and my family followed on. My project helped me discover my singing and leadership talent. I am learning to accept God’s love for me and in the end, I know He is enough.

“Because I was a sponsored child, I went to the church project every week. Through the regular project activities like singing, games, praying together and reading the Bible, I started to realise that I could get peace from God.”

We invite you to consider sponsoring a child like Methode and giving them real hope for the future. Your sponsorship will enable them to go to a local church project every week where they can come to know the grace and peace of God for themselves.

Bible verses about forgiving others

We may find it hard to forgive others, but the Bible encourages us to show others the same grace our Heavenly Father has given us. Take a moment to reflect on these scriptures on forgiveness and ask God’s help in forgiving those around you.

Colossians 3:13 “Bear with each other and forgive one another if any of you has a grievance against someone. Forgive as the Lord forgave you.”

Ephesians 4: 31-32 “Get rid of all bitterness, rage and anger, brawling and slander, along with every form of malice. Be kind and compassionate to one another, forgiving each other, just as in Christ God forgave you.” 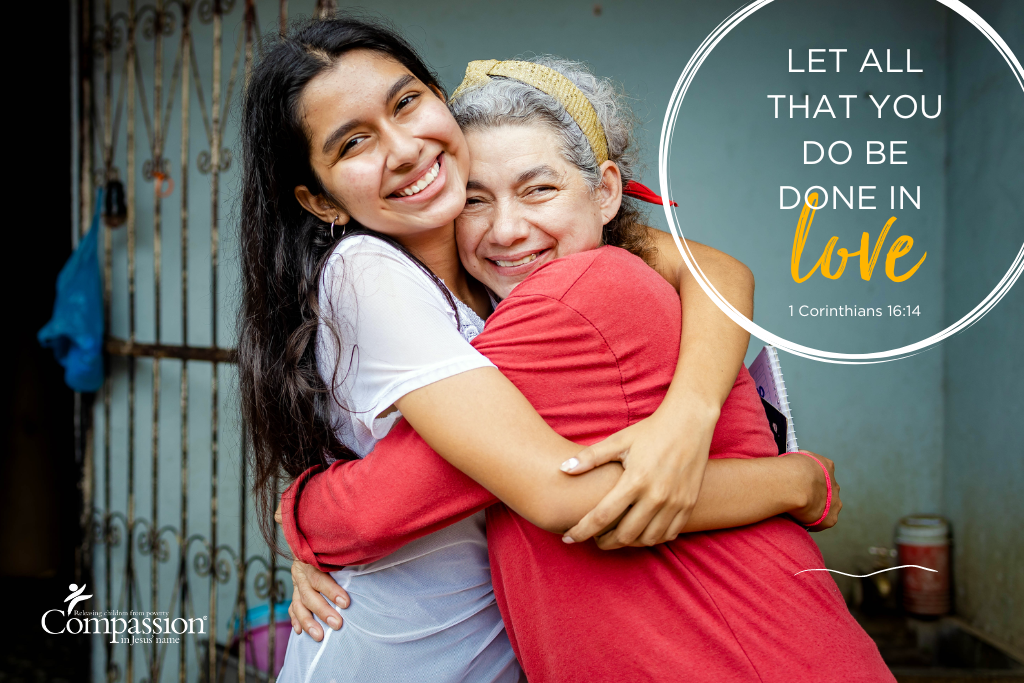 Mark 11:25 “And when you stand praying, if you hold anything against anyone, forgive them, so that your Father in heaven may forgive you your sins.”

Matthew 6:9-15 “This, then, is how you should pray: ‘Our Father in heaven,
hallowed be your name,
your kingdom come,
your will be done,
on earth as it is in heaven.
Give us today our daily bread.
And forgive us our debts,
as we also have forgiven our debtors.
And lead us not into temptation,
but deliver us from the evil one.’”

Bible verses about a new beginning

When we experience forgiveness of sins, we become a new creation. We can know the fullness of relationship with God because of Christ’s sacrifice for us. These forgiveness quotes talk about the new start we’re given when God forgives us! 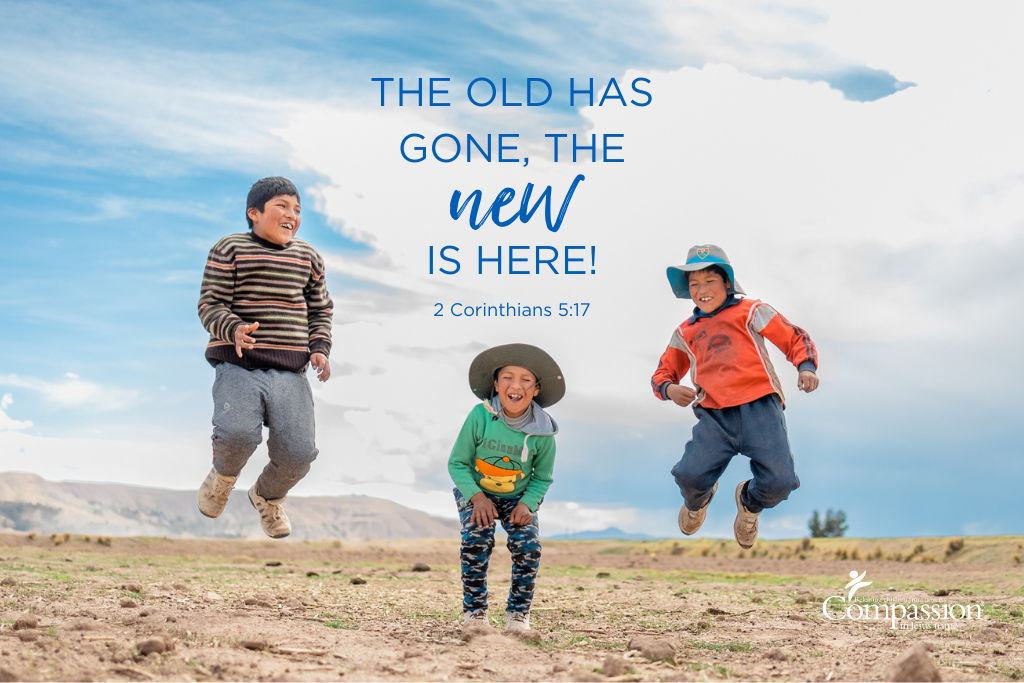 2 Corinthians 5:17 “Therefore, if anyone is in Christ, the new creation has come: The old has gone, the new is here!”

1 Peter 1:3 “Praise be to the God and Father of our Lord Jesus Christ! In his great mercy he has given us new birth into a living hope through the resurrection of Jesus Christ from the dead.”

Luke 7:47 “Therefore, I tell you, her many sins have been forgiven—as her great love has shown. But whoever has been forgiven little loves little.”

Psalm 40:3 “He put a new song in my mouth,
a hymn of praise to our God.
Many will see and fear the Lord
and put their trust in him.”

Ezekiel 11:19 “I will give them an undivided heart and put a new spirit in them; I will remove from them their heart of stone and give them a heart of flesh.”

These famous forgiveness quotes remind us again of the richness of God’s grace and mercy. Because of who He is, we can be fully forgiven.

Our favourite Bible stories about forgiveness

The parable of the prodigal son is one of Jesus’ most famous teachings. It shows us that God’s forgiveness is always available to us. There is nothing we can do to separate ourselves from God’s lavish grace!

Luke 15: 11-22 “There was a man who had two sons. The younger one said to his father, ‘Father, give me my share of the estate.’ So he divided his property between them.

“Not long after that, the younger son got together all he had, set off for a distant country and there squandered his wealth in wild living. After he had spent everything, there was a severe famine in that whole country, and he began to be in need. So he went and hired himself out to a citizen of that country, who sent him to his fields to feed pigs. He longed to fill his stomach with the pods that the pigs were eating, but no one gave him anything.

“When he came to his senses, he said, ‘How many of my father’s hired servants have food to spare, and here I am starving to death! I will set out and go back to my father and say to him: Father, I have sinned against heaven and against you. I am no longer worthy to be called your son; make me like one of your hired servants.’ So he got up and went to his father.

“But while he was still a long way off, his father saw him and was filled with compassion for him; he ran to his son, threw his arms around him and kissed him. The son said to him, ‘Father, I have sinned against heaven and against you. I am no longer worthy to be called your son.’

“But the father said to his servants, ‘Quick! Bring the best robe and put it on him. Put a ring on his finger and sandals on his feet. Bring the fattened calf and kill it. Let’s have a feast and celebrate. For this son of mine was dead and is alive again; he was lost and is found.’ So they began to celebrate.”

The parable of the unforgiving servant

Jesus told this parable to help us understand that we need to forgive others time and time again. We’re warned not to follow the example of the servant who was forgiven a great debt himself, but was unwilling to forgive his neighbour.

“Therefore the kingdom of heaven may be compared to a king who wished to settle accounts with his servants. When he began to settle, one was brought to him who owed him ten thousand talents. And since he could not pay, his master ordered him to be sold, with his wife and children and all that he had, and payment to be made. So the servant fell on his knees, imploring him, ‘Have patience with me, and I will pay you everything.’ And out of pity for him, the master of that servant released him and forgave him the debt.

“But when that same servant went out, he found one of his fellow servants who owed him a hundred denarii, and seizing him, he began to choke him, saying, ‘Pay what you owe.’ So his fellow servant fell down and pleaded with him, ‘Have patience with me, and I will pay you.’ He refused and went and put him in prison until he should pay the debt. When his fellow servants saw what had taken place, they were greatly distressed, and they went and reported to their master all that had taken place. Then his master summoned him and said to him, ‘You wicked servant! I forgave you all that debt because you pleaded with me. And should not you have had mercy on your fellow servant, as I had mercy on you?’ And in anger his master delivered him to the jailers, until he should pay all his debt. So also my heavenly Father will do to every one of you, if you do not forgive your brother from your heart.”

We invite you to share your favourite Bible verse about God’s forgiveness with a friend or family member who needs encouragement today.