For just 92p a day, you can be the tangible difference in one child’s life. Sponsor a child in Africa with Compassion and you’ll ensure they have access to school, nutritious food, medical check-ups and emotional support.

You’ll come alongside a local church and together give a child in need vital stability and security. You’ll help break the cycle of poverty.

While there are regions of extreme wealth in parts of this diverse continent, many African children face the daily injustice of hunger and fear.

That’s why Compassion partners with local churches in eight African nations where children face the challenges of poverty, including Ethiopia, Tanzania and Kenya, to run our world-class child sponsorship programme. With your help, together we bring relief to the critical issues faced by many African children. Our programme is based on empowerment, enabling children to overcome extreme poverty in an ethical and effective way.

12-year-old Monthe from Kenya, East Africa, grew up amidst chaos. Her alcoholic father was unable to hold down a job. He wasted away the little money her mother managed to earn. Night after night, Monthe and her sisters went to bed hungry.

“My prayer was for Monthe to be registered in [Compassion’s child sponsorship programme] so she could start attending school,” says Ruth, Monthe’s elderly grandma. “I wanted her to have a decent chance at succeeding in life.” 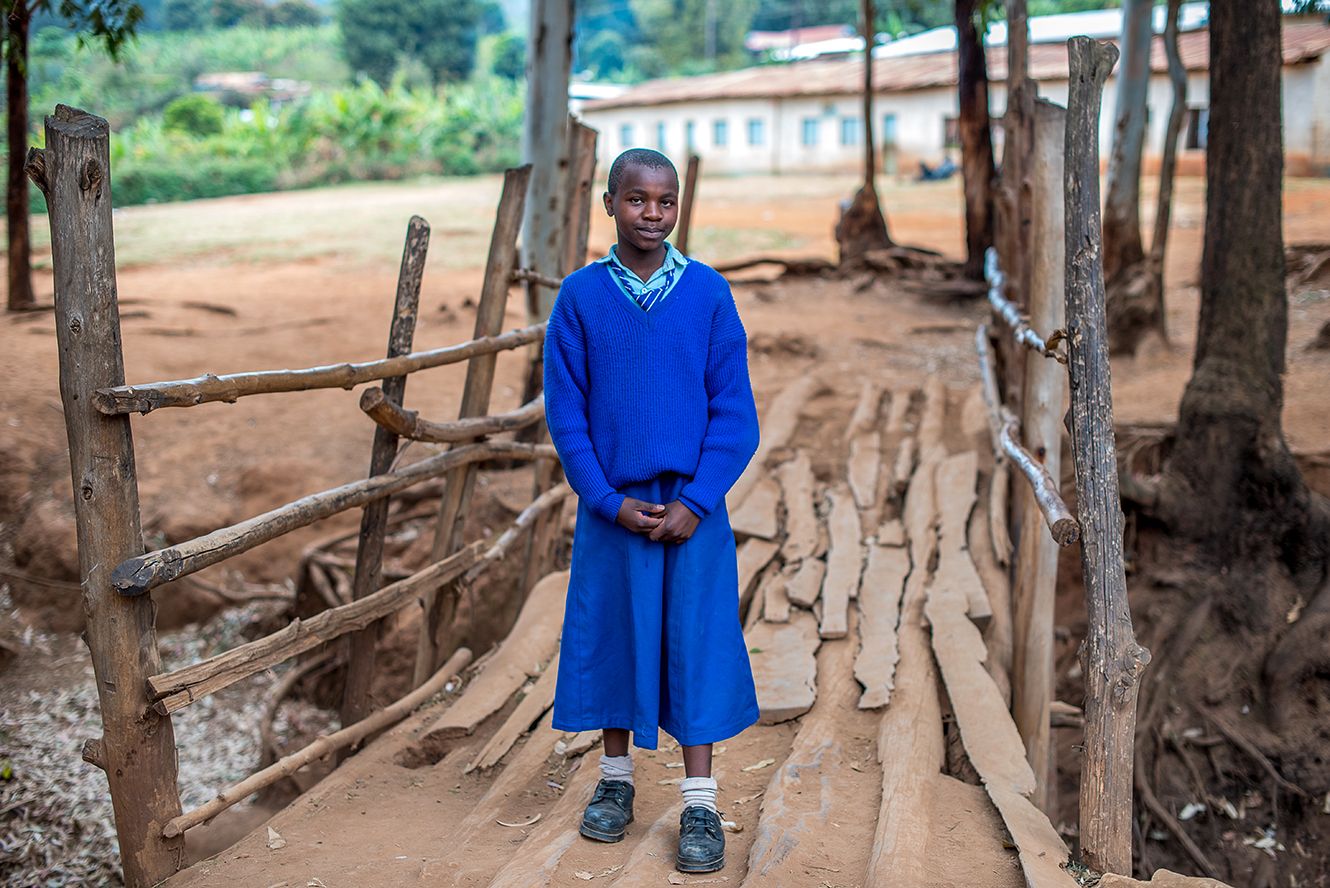 Thanks to one sponsor stepping out and taking action in partnership with a local church, Monthe was able to go to school for the first time. Monthe’s sponsor helped protect her wellbeing, ensuring she had the school fees, school uniform and nutritious meals she so desperately needed.

I’d never worn shoes before in my life. I was very excited when I wore my new shoes and the school uniform. 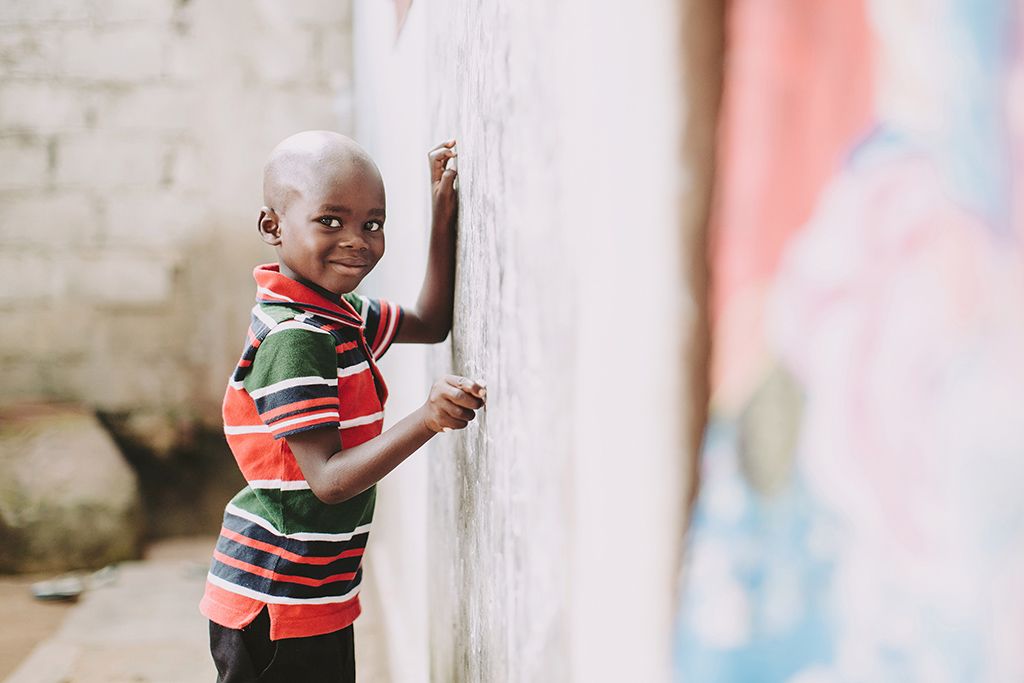 Sadly not all children are given this opportunity. Of all regions, sub-Saharan Africa (African countries south of the Sahara) has the highest rates of education exclusion. This just isn’t right. Every child deserves the chance to learn to read and write.

Compassion’s child sponsorship programme is a highly strategic way of fighting poverty in the life of a child and giving children the education they deserve. By sponsoring an African child today, you can give the next child the opportunity to sit at a desk and learn.

2. Sponsor a child in Africa and give them access to healthcare

Have you ever been confronted with a distressing image of a starving African child on your TV or on the tube and not known how to respond? 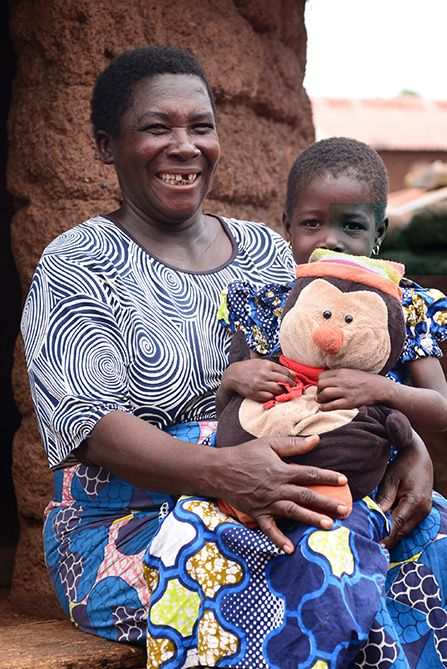 4-year-old Beatrice from Togo collapsed after suffering from malnutrition. “If the project was not there for me, Beatrice would have died,” shares Beatrice’s grandmother. Thanks to Compassion’s partnership with the local church, she was given urgent medical care and now receives weekly food support.

Beatrice is not alone. The African regional office of the World Health Organisation has issued a report asking for urgent action to tackle malnutrition and healthcare challenges in Africa.

“Undernutrition is leading to catastrophic costs to individuals, communities, and to national healthcare systems in Africa,” explains Collins Boakye-Agyemang, WHO.

We’re passionate about wanting to provide healthcare and support to babies and children in the greatest need. We know that our child sponsorship programme works, helping children in extreme poverty out of unimaginable daily challenges. Sponsorship gives them nutritious meals, health checks and education, providing safety and stability in their lives.

3. Orphaned children in Africa: Burdened before their years

At age 3 Sameson was given up by his mother. He barely knew his father. Left with his aunt, he laboured endlessly and alone in terrible conditions with little clean water.

“I was always sad when I was younger. I would just sit there crying, watching the cattle. I would sometimes hear other children talk about the love of their mothers and fathers and I would get very depressed. That is something not easily forgotten.”

“When I first came to Compassion, it was on a Saturday. I saw many children my age there from the whole community. They were all playing. It was as if I had gone from one world to another. I was able to take a two-year training course, as a result of Compassion’s efforts. They paid for the schooling and arranged for me to take classes.”

Empowering the most vulnerable African kids

In global development communities, an orphan is defined as a child under 18 who has lost one or both parents to any cause of death. By this definition there are a staggering 52 million orphans in Africa.

Our church partners are committed to supporting the most vulnerable children in their local areas, including those who have tragically been orphaned.

“Because of the certainty of our calling to end poverty, we persevere in the individual journey of each child in our programmes. Thank you for the part you are playing.” – Sidney Muisyo, Compassion Chief Programme Officer

3. Child labour: why sponsor a child in Africa like Ebenezer

Child trafficking is a very real threat to the wellbeing of children in some African countries.

Ebenezer Agoa was just six years old when he was sent to work on Ghana’s Lake Volta, a notorious hotbed of child slavery. Battling to take care of nine children, his grandma had been attracted by the traffickers’ promises to send Ebenezer to school and pay for his medical fees.

But the promises were lies. 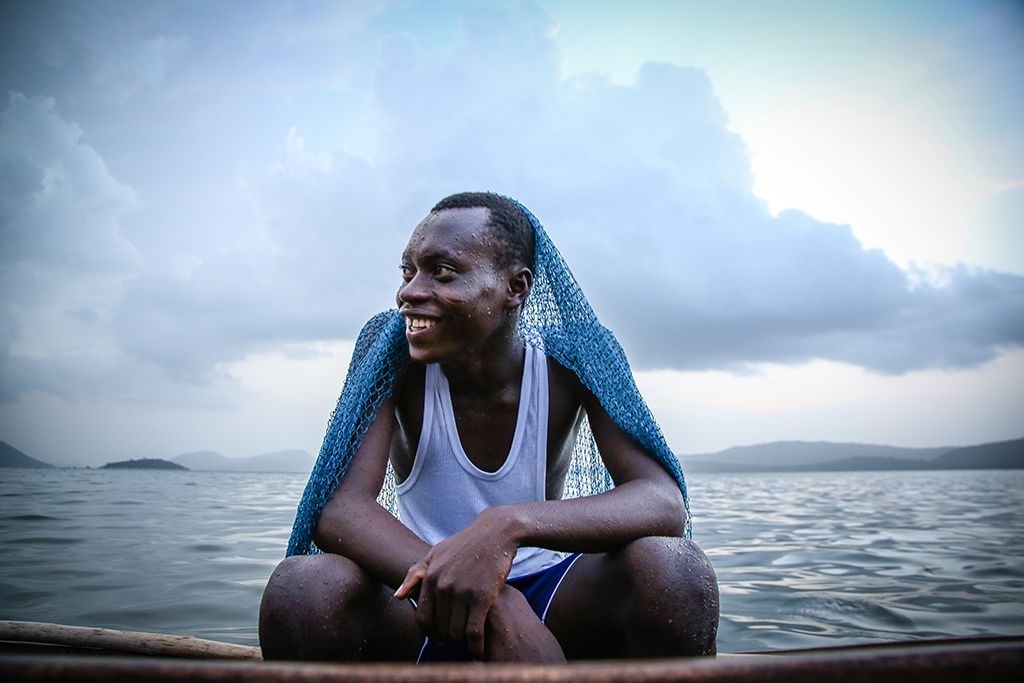 For three years, Ebenezer worked the lake. He cast the nets and heaved them in until his shoulders burned and his hands cracked and bled. It took the courage of Henry Amanor, a Compassion project director, to step in and help free Ebenezer.

Through Compassion’s programme, Ebenezer’s sponsorship gave him a future. He was given the education, nutrition and support he needed to become a mechanical engineer.

Like you, we want to protect African young people like Ebenezer and give them a quality education rather than sending them out into the workplace.

5. Facts about Africa: HIV-AIDS in Africa

Sub-Saharan Africa accounts for nearly 90 percent of new HIV infections among children under 5. Our church partners are passionate about coming alongside African children who face the double-edged battle against both HIV and poverty. 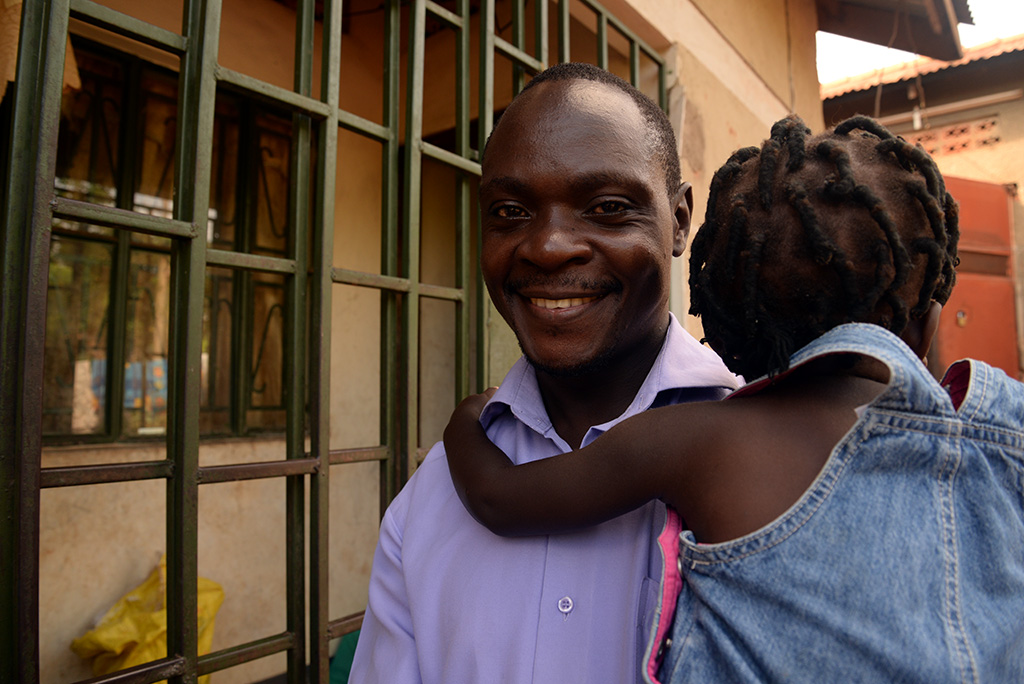 At 18 months old, Precious was suffering from HIV, TB and malnutrition.

“When we first registered Precious, we were worried she wouldn’t survive for two months,” explains Compassion Project Director Allen. But Precious has surpassed expectations. She’s now a lively two-year-old who loves dancing with her friends.

Conard, Precious’ uncle, rejoices that the project provides a safety net of provision for his family.

Sponsor a child in Africa & transform their life

As a charity working in Africa, we’re committed to seeing and understanding Africa as a vast and diverse continent of one billion people spread over fifty six separate nations. Compassion works in eight African countries each with its own culture, climate and cuisine. In each of the African nations where you can sponsor an African child with Compassion, we only employ native staff who have a clear understanding of the unique culture they’re working within.

We’ve put together these two handy guides to answer frequently asked questions and help promote an understanding of Africa as a continent: