Ghana, known as West Africa’s “golden child,” boasts both pristine beaches and bustling centres of industry. Within this vibrant nation, many still face challenges of poverty, abuse and disease. Compassion-supported children experience these realities daily. But at the Compassion project, there is hope. 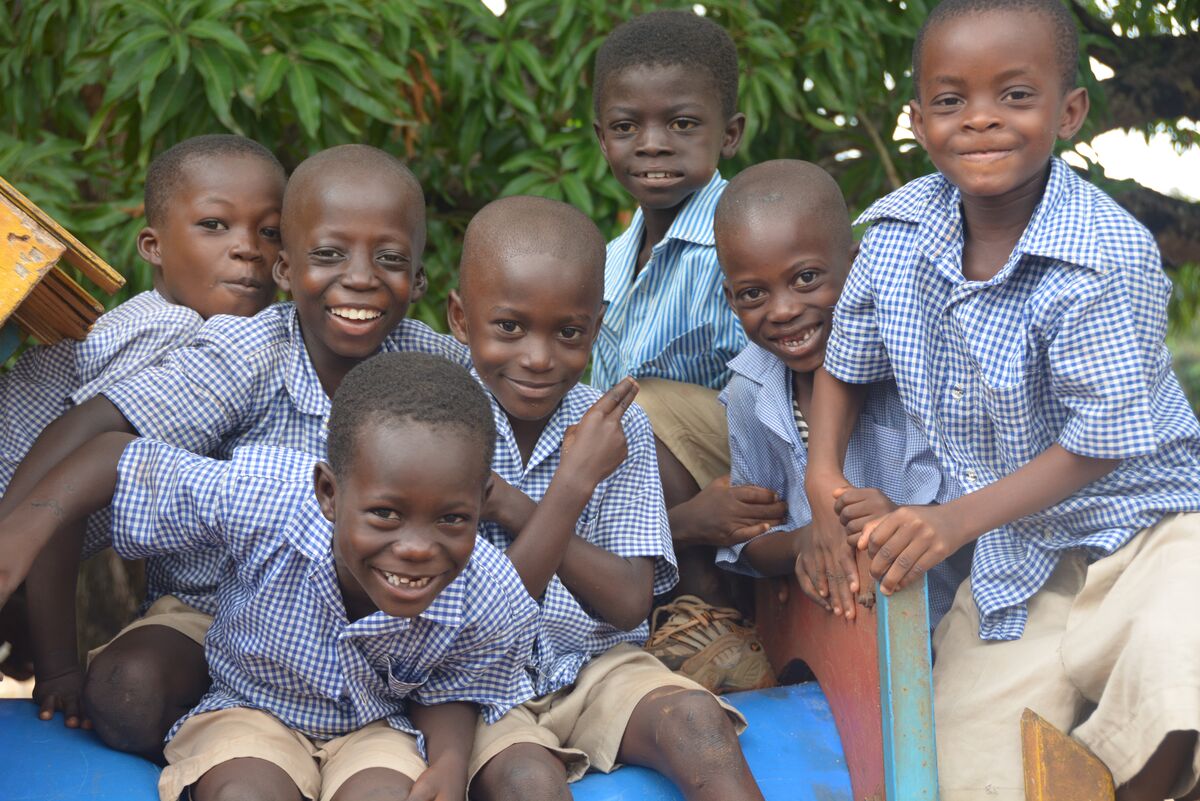 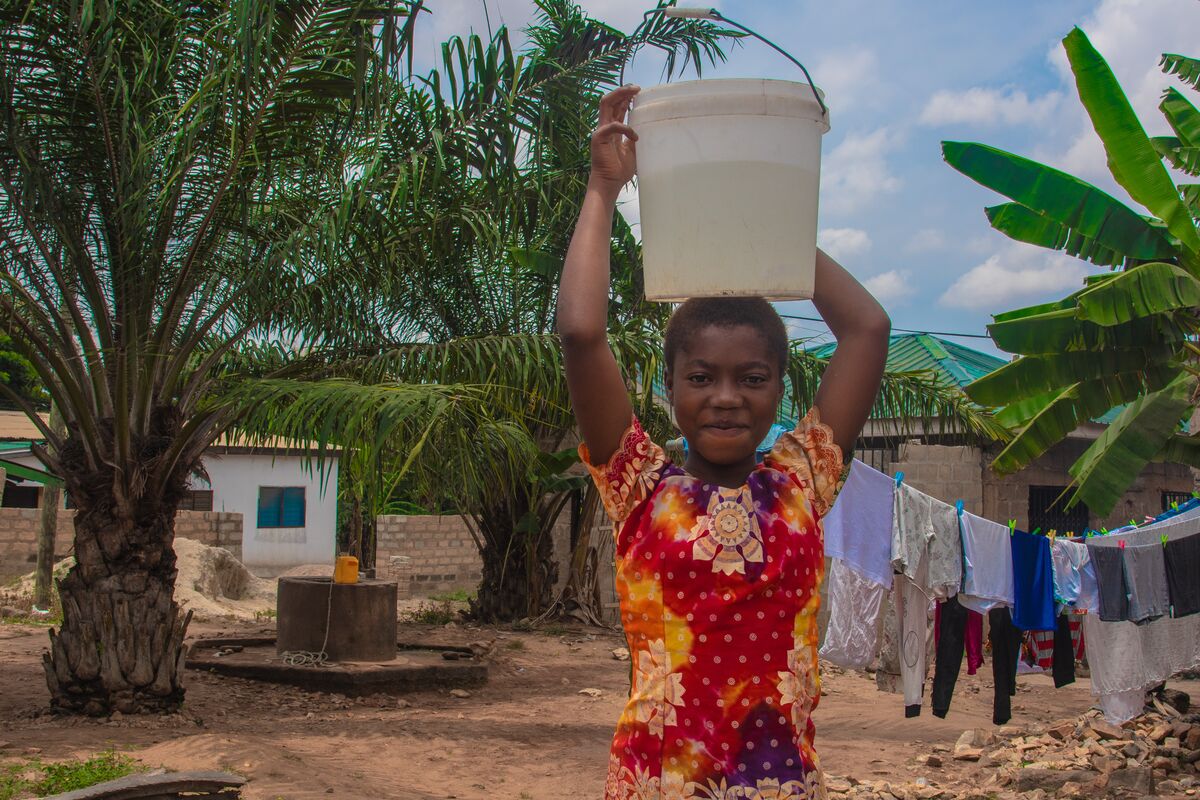 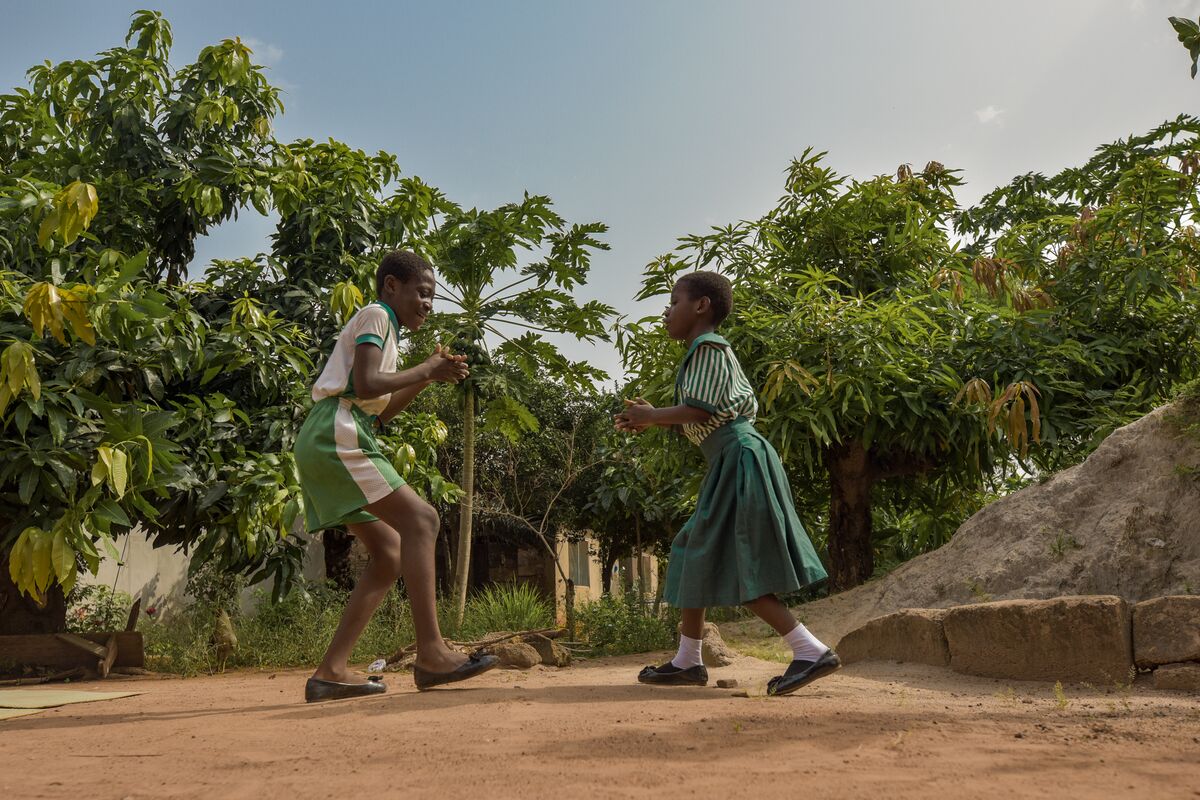 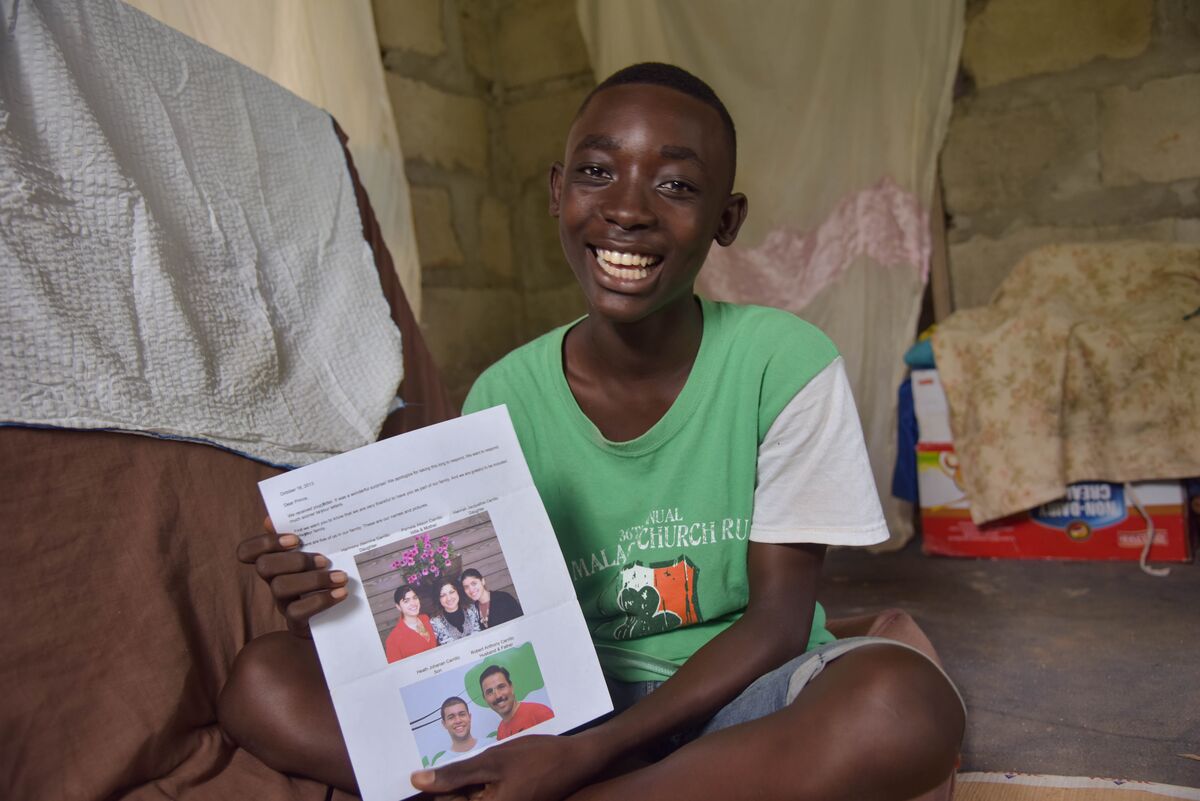 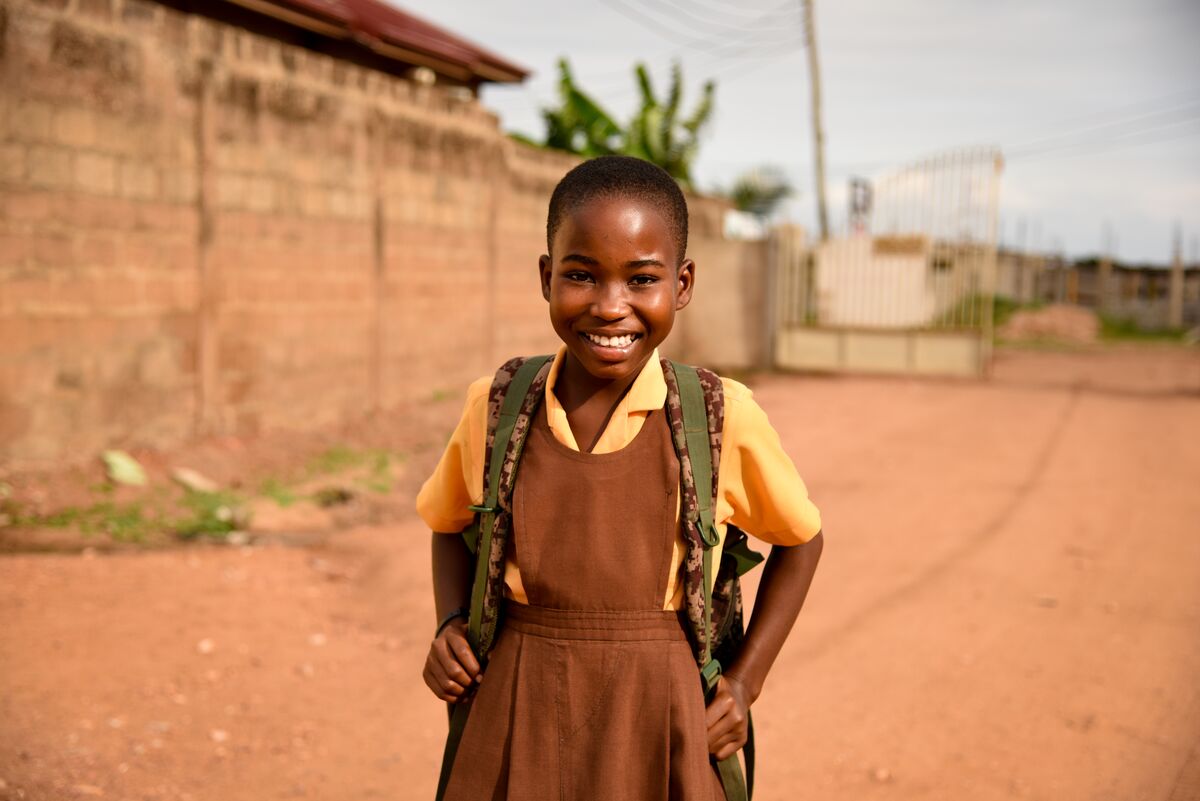 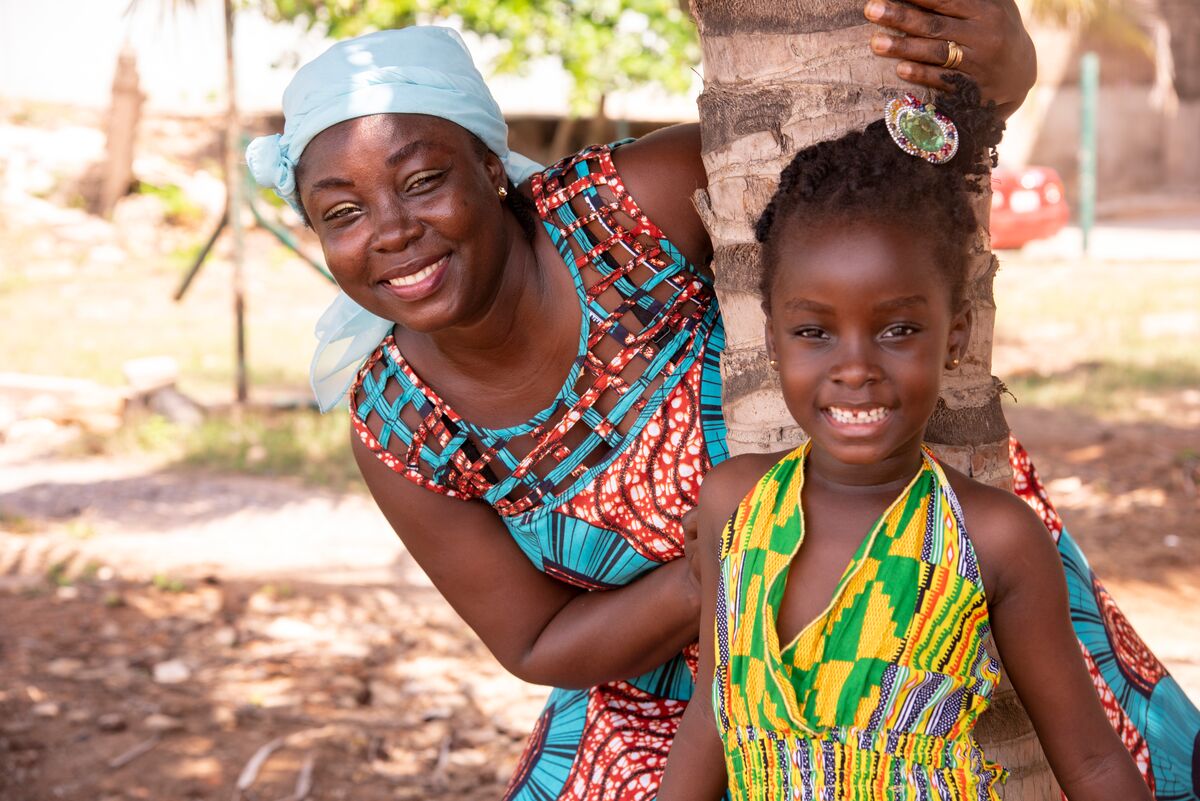 This video was released in July 2021.
If you have been inspired to sponsor a child from Ghana, visit our sponsorship page.

God’s protection over vulnerable children and families in Ghana

Wisdom for the government and all those in positions of leadership

Ghana is home to seven national parks, which are tourist attractions and protected habitats for wildlife, including hippos, leopards, monkeys, elephants and parrots.

Sponsor a child in Ghana

Ghana
Sponsor me
Search for children

Percentage of children under the age of 5 underweight: 12.6%

Religion: Approximately 71% of the population identifies as Christian, 18% are Muslim, 5% hold traditional beliefs, and 6% are of another/unspecified religion or none.

Portuguese explorers first arrived in Ghana in 1471 in search of gold. However, the slave trade soon overtook European interest in gold as plantations expanded and the new world demanded labour.

As a result, the Dutch, Portuguese, Swedish, and English built stone fortresses throughout Ghana and monopolised the highly lucrative slave trade. It’s believed that 6.3 million men and women were shipped from West Africa to the Americas as enslaved people - 4.5 million alone between 1701 and 1810.

After the international slave trade was finally abolished in the 1860s, Ghana began to trade cocoa and soon provided half the world’s supply. Ghana is now the second-largest cocoa producer, producing approximately 900 thousand tons per year. Great Britain declared Ghana a crown colony in 1874.

In 1957, Kwame Nkruma founded and led the African independence movement. Under his leadership, Ghana became the first sub-Saharan (and first British) colony to receive full independence.

Ghana’s government endured multiple coups from 1969 to 1981. Since 1981, the government has functioned peacefully under a constitution that allows a president to lead for two, four-year terms through democratic elections.

Music
Folklore and pop music are found across Ghana. Highlife, a dance with a strong, syncopated beat, is also popular. Instruments used in music are drums, trumpets, flutes, and other percussion instruments.

Language
English is the official language in Ghana, but there are more than 50 indigenous languages spoken. Twi (most commonly spoken tribal language): Akwaaba (Welcome), Medasse (Thank you), Wo ho te sen? (How are you?), Maakye (Good morning), Maaha (Good afternoon), Maadwo (Good evening)

Sports and Games
Football is a favourite game of most Ghanaians. Volleyball, basketball, tennis, ludo, golf and handball are also popular.

Typical Foods
Popular dishes include Fufu, which is made by pounding cassava and plantain into a sticky paste and eaten with soup. Kenkey is also popular and consists of fermented corn dough boiled in plantain or banana leaves and eaten with soup or sauce. Red, fried, ripe plantains are also eaten with bean sauce.

Primary and junior secondary school education is free and mandatory in Ghana. The government of Ghana has consistently sought to invest in education since the 1980s. As a result, Ghana is believed to have one of the most ambitious education systems in West Africa.

As of 2020, roughly 265,000 thousand primary-school-aged children in Ghana were not enrolled in education. This is a dramatic increase from 2019 when just 35,000 weren’t enrolled.

Approximately 71% of the population identifies as Christian, 18% are Muslim, 5% hold traditional beliefs, and 6% are of another/unspecified religion or none.

Citizens are free to practice whatever religion they follow and government at all levels strives to protect this right. Government employees, including the president, are required to swear an oath upon taking office. This can be either a religious or secular declaration, depending on the wishes of the individual.

The government recognises Christian, Muslim and secular holidays throughout the year. Steps are also taken to promote interfaith understanding. Muslim and Christian leaders emphasise the importance of religious freedom and tolerance and there is good communication and coordination between the groups on a range of issues.

Religious and moral education is compulsory in the national public education curriculum. Students cannot opt out of these courses, which incorporate perspectives from Christianity and Islam.

When Comfort fell pregnant at 17, her family disowned her. “My father washed his hands of me and did not care what became of me,” says Comfort. One day, Comfort took one of her cousins to the local Compassion project for registration and God powerfully intervened. At this stage Comfort was seriously malnourished and anaemic. The staff noticed immediately and offered support. “If I had not been registered, I would not have been sent to hospital and I would not have been alive to give birth,” says Comfort. With medication and ongoing check-ups, she recovered and soon gave birth to a healthy baby girl she named Emmanuella—meaning ‘God is with us’. Survival project staff regularly visited Comfort, offering her lessons in health, hygiene and how to prepare nutritious meals. They also encouraged her to attend a clinic to monitor Emmanuella’s growth and development. Emmanuella is now a healthy and vibrant seven-year-old enrolled in Compassion's Child Sponsorship Programme. Comfort has also been able to save enough money to train to become a hairdresser so she can support her family. Both Robert and Comfort are thankful to the local church and Compassion for helping them to realise a brighter future.

When Comfort fell pregnant at 17, her family disowned her. “My father washed his hands of me and did not care what became of me,” says Comfort. One day, Comfort took one of her cousins to the local Compassion pro 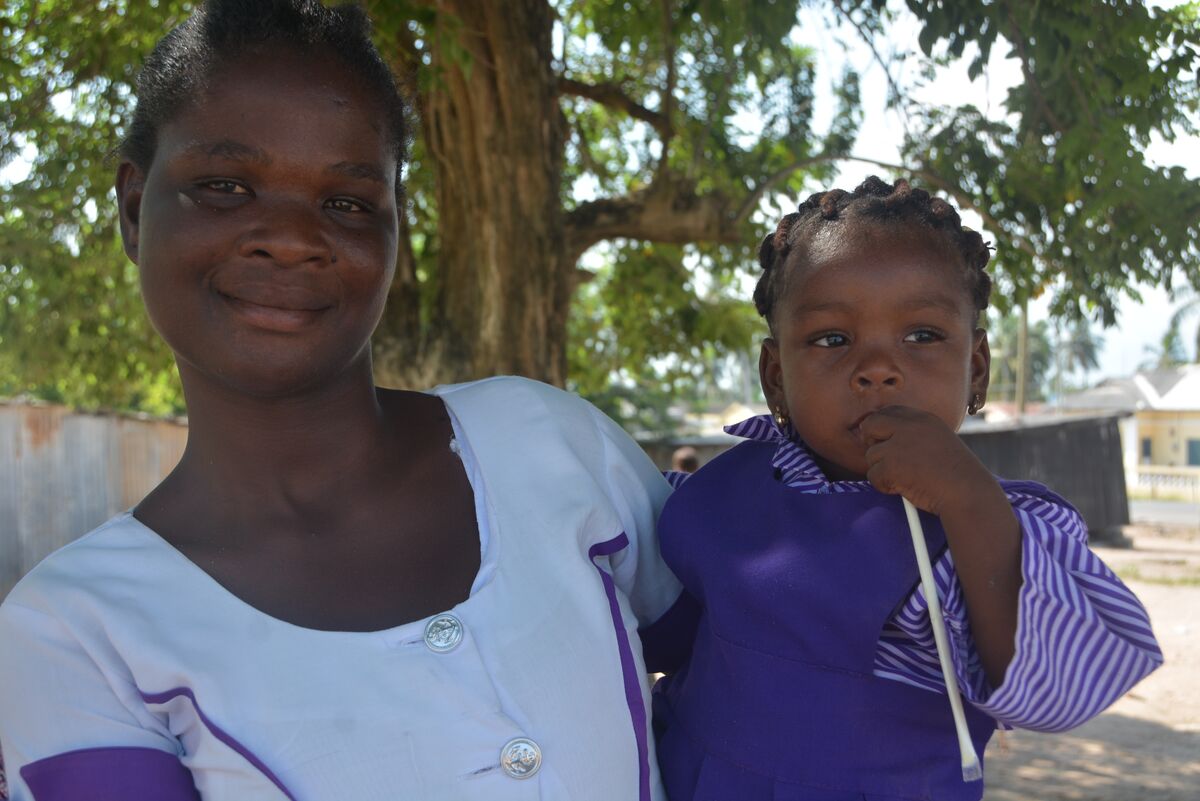