Kenya encompasses savannah, lake lands, mountain highlands and the dramatic Great Rift Valley. It is home to Masai tribes, wild safaris and sweeping landscapes. It also experiences the hardship of droughts and famines. Compassion-supported children experience these realities daily. But at the Compassion project, there is hope. 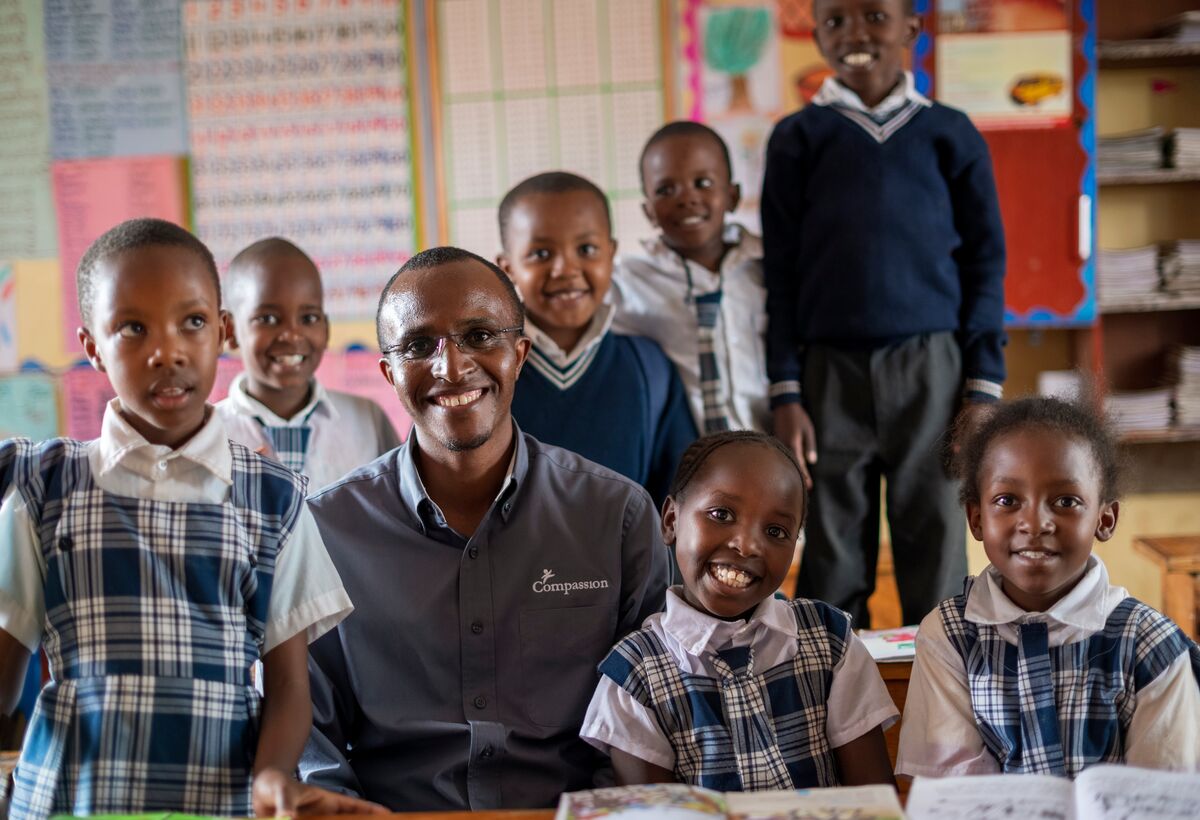 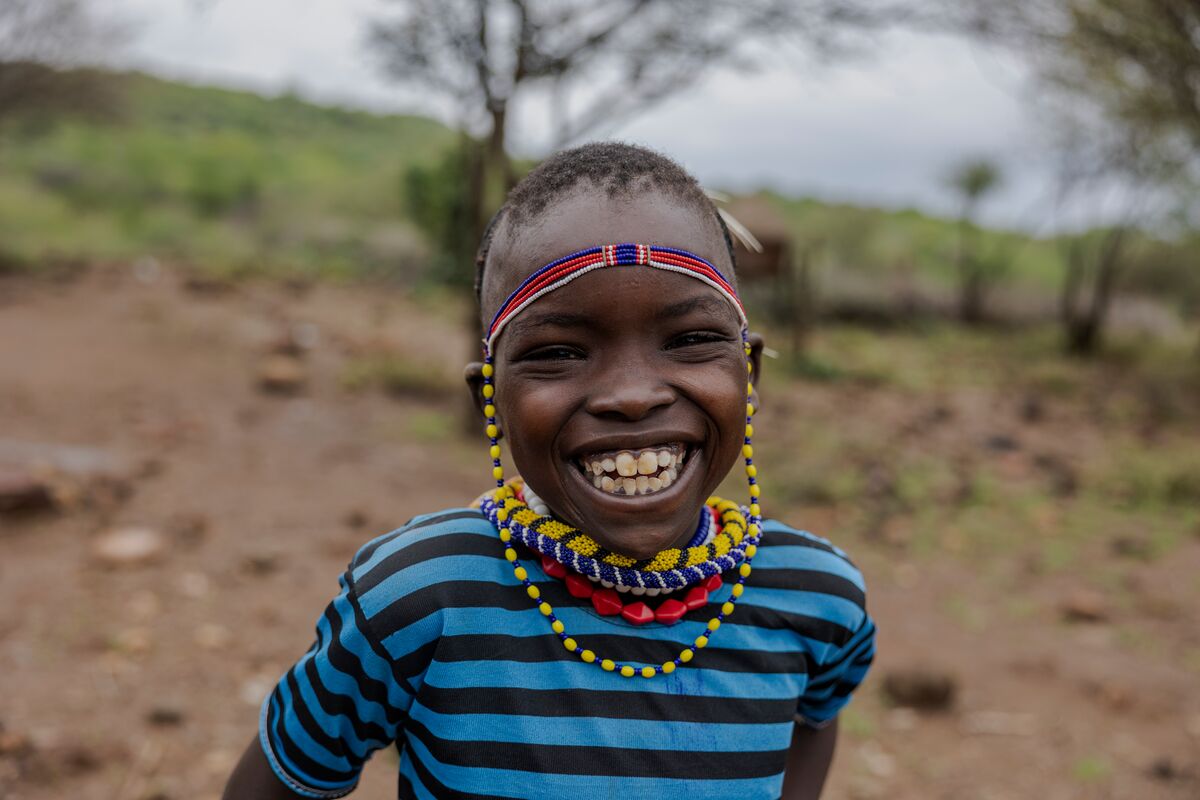 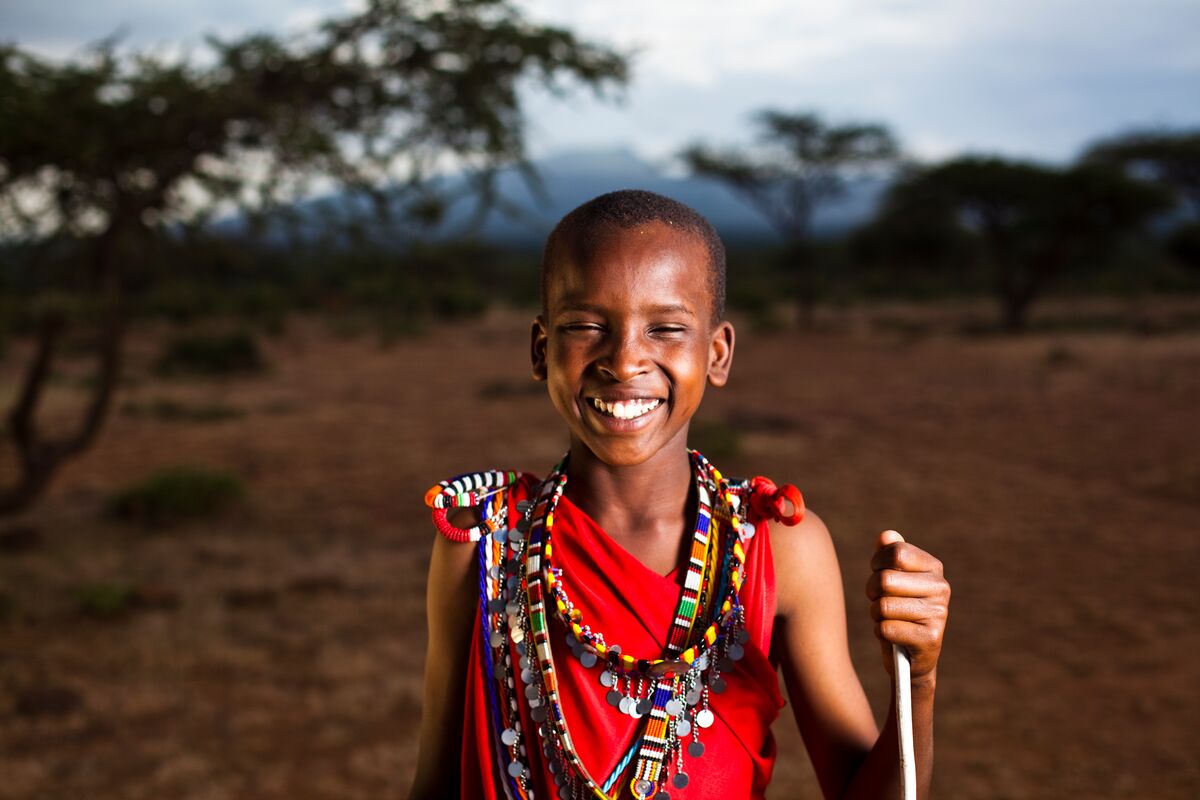 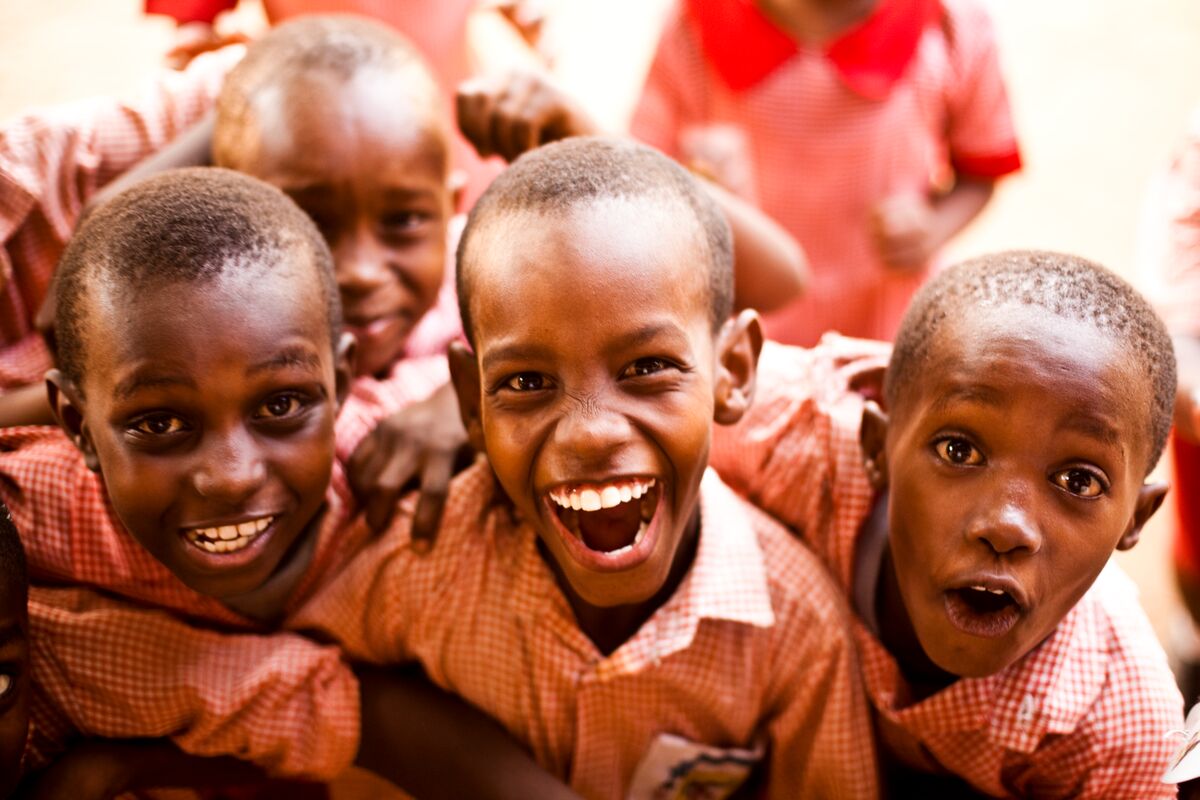 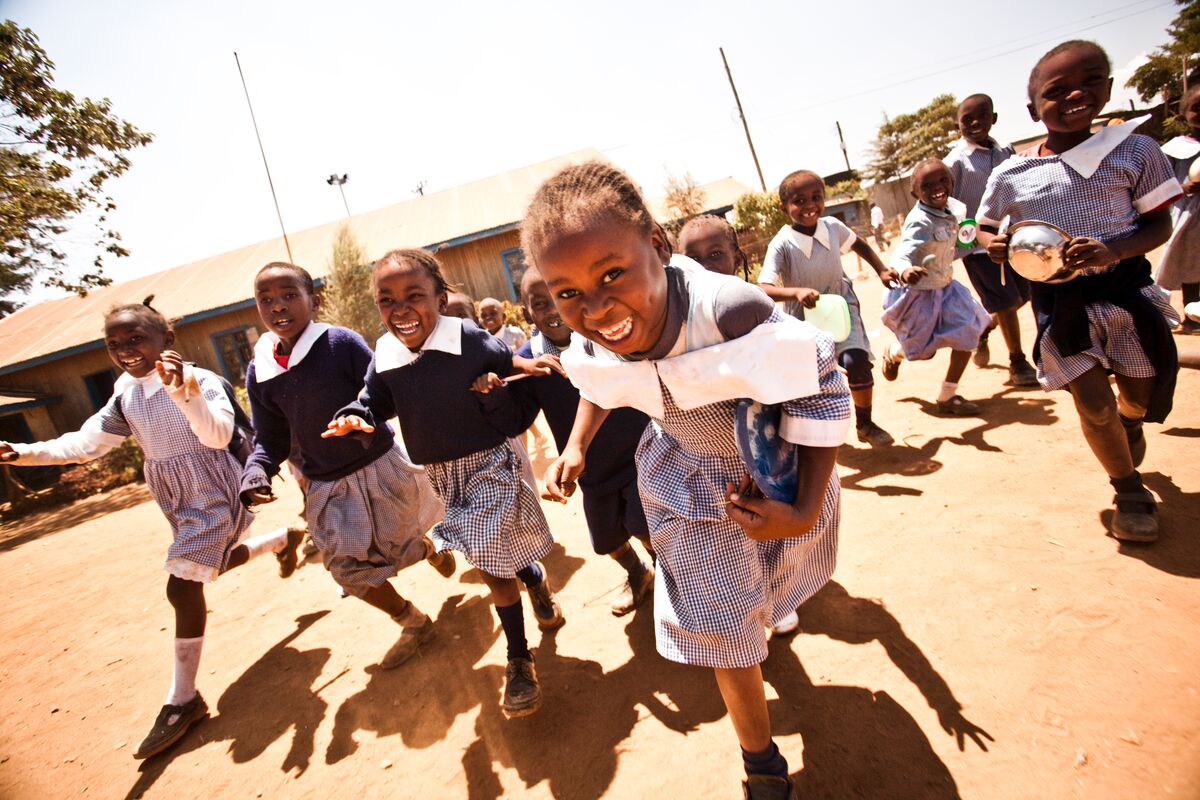 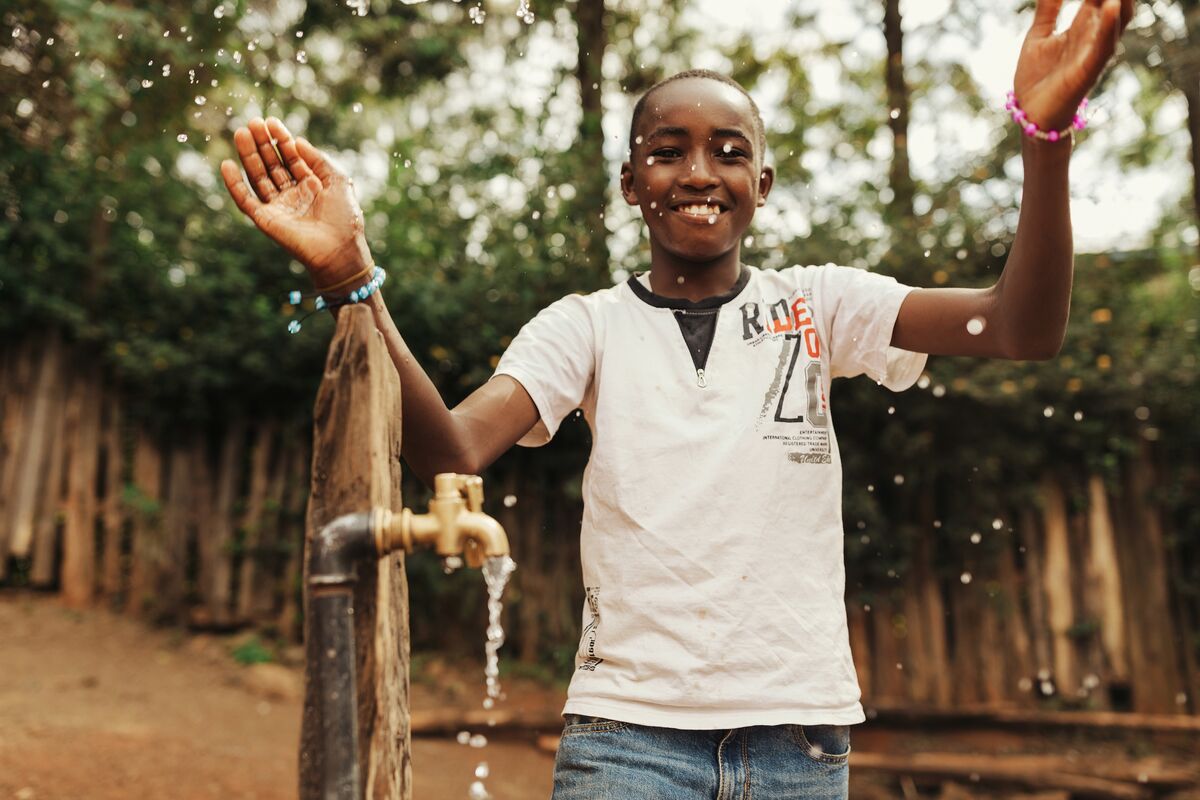 This video was released in July 2021.
If you have been inspired to sponsor a child from Kenya, visit our sponsorship page.

Wisdom and strength for those in positions of leadership in Kenya

Kenya is home to more than 40 tribal groups and more than 60 languages. Together, they have contributed to Kenya's diverse and rich culture.

Sponsor a child in Kenya

Kenya
Sponsor me
Search for children

Percentage of children under the age of 5 underweight: 11.2%

Religion: Approximately 33% of the population are Protestant, 21% are Roman Catholic, 32% are other Christian traditions, 11% are Muslim, 2% practice traditional religion and 4% are of another/unspecified religion or none.

Human history dates back millions of years in Kenya, but the interior of the country had few towns or villages until European colonists arrived. Kenyan ports have historically been important for trade with Asian and Arab countries, so towns and cities developed along the coast.

The Portuguese invaded the country in the late 15th century, but their power was short-lived as the country was taken under Islamic control just over a century later. In the late 19th century, European influence returned, as East Africa was divided by European powers and the British government declared Kenya the East African Protectorate.

During this time, native Kenyans were discriminated against, land in the highlands was given to white farmers, and there was an influx of thousands of Indian and Pakistani migrants who rapidly built new infrastructure and developments.

The colonial government collapsed in the 1960s and Kenya became fully independent in 1963. Under this new independent government, land was redistributed to native Kenyans and positions in office were distributed among as many ethnic groups as possible.

The beginnings of economic recovery accompanied the landslide victory of President Mwai Kibaki in 2002, but just three years later the party splintered, and a new opposition coalition was formed. Kibaki's re-election in December 2007 brought charges of vote rigging and violent unrest broke out. Power sharing negotiations eventually brought Raila Amolo Odinga into the government in the restored position of prime minister from 2008 to 2013. Uhuru Kenyatta has served as president since 2013.

Sports and Games
Kenyans are famous for their record-breaking runners. Many also enjoy football and dance.

The school year in Kenya begins in January and ends in November. Education is highly valued and seen as the key to both personal and communal success.

Since 2003, primary education has been free and compulsory in the country, and before the COVID-19 pandemic, 93% of primary-school-aged children were in education. However, only 53% of eligible children were enrolled in secondary school.

The government in Kenya has allocated significant funds to improve education and see that 100% of students transition from primary to secondary education. However, issues such as poor-quality teaching and large class sizes still affect children's learning. For example, in some parts, there are as many as 77 pupils to each teacher.

Many Kenyans in rural villages contribute to an education fund called Harambee (meaning, 'let us pull together') in order to send young people to school.

Approximately 33% of the population are Protestant, 21% are Roman Catholic, 32% follow other Christian traditions, 11% are Muslim, 2% practice traditional religion and 4% are of another/unspecified religion or none.

There is no state religion and citizens are free to follow the faith of their choice. According to the law, new religious groups, institutions or places of worship, and faith-based nongovernmental organizations (NGOs) must register with the Registrar of Societies.

All public schools have religious education classes taught by government-funded teachers. These classes focus on either Christian, Muslim, or Hindu teachings, the basic content of the religious texts, and ethics. The Ministry of Education allows local communities and schools to decide which course to offer.

Raised in one of the largest and poorest slums in Kenya, Jey’s childhood was a difficult one. He grew up in a one-room house with his single mother, three brothers, and ten other family members. When his mother grew ill, Jey’s only option was to move to the streets of Nairobi to beg for food and money. At only nine years of age, he was arrested and imprisoned for stealing. When he was released, Jey thought he would once again have to move back to the streets - until he was sponsored. Because of his sponsorship, he no longer needed to worry about money for school, healthcare, clothing and food. For the first time in his life, Jey felt hope. While he once questioned whether he’d ever have the chance to go to school, Jey is now a graduate of Daystar University (Nairobi, Kenya), where he studied youth ministry. Jey is now a DJ and speaks to young people about the effects of poverty, the importance of mentorship, and how to make a difference. “If I was not sponsored with Compassion, I would be dead right now. All my friends I grew up with are either dead or in prison,” Jey says with a sombre conviction. "Sponsorship is about more than just the money. It’s about God calling you to change a life.”

Raised in one of the largest and poorest slums in Kenya, Jey’s childhood was a difficult one. He grew up in a one-room house with his single mother, three brothers, and ten other family members. When his mother g 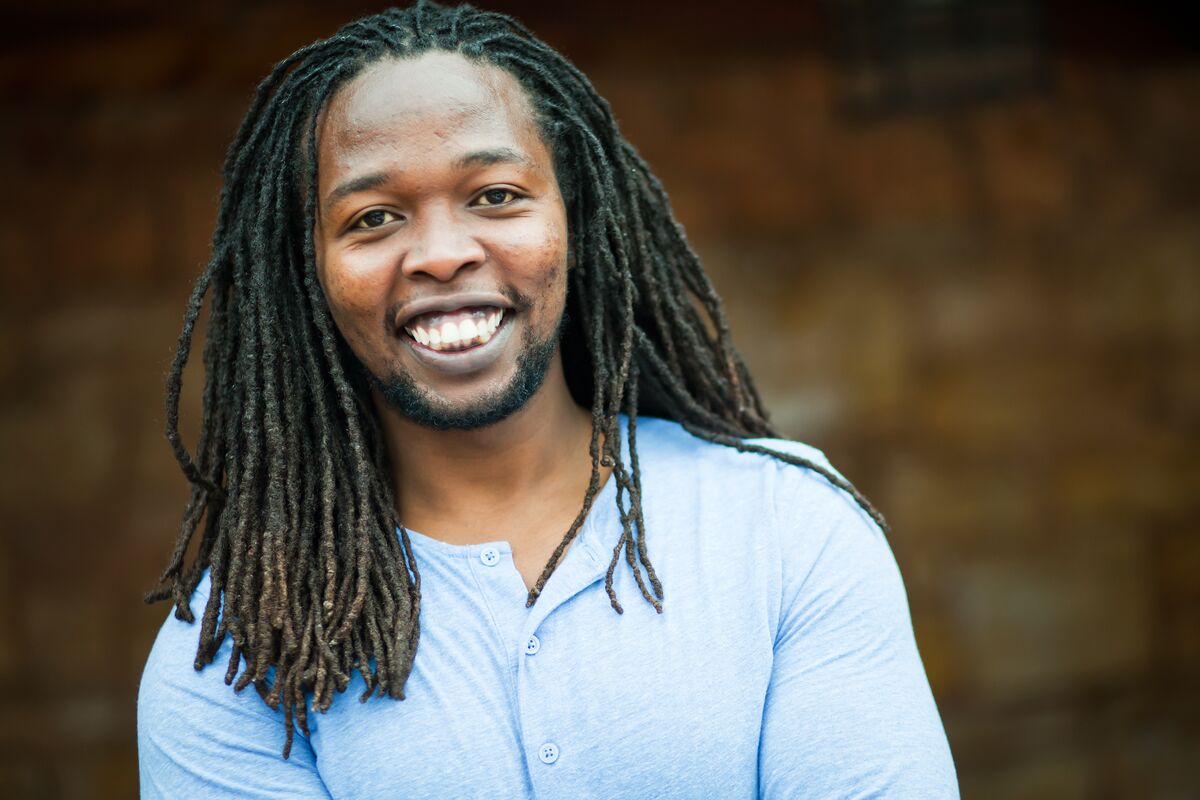