How to Take Great Photos that Change the World

A photo can transform the way we see a person. So how do you take photos which show the beauty and dignity of humanity? 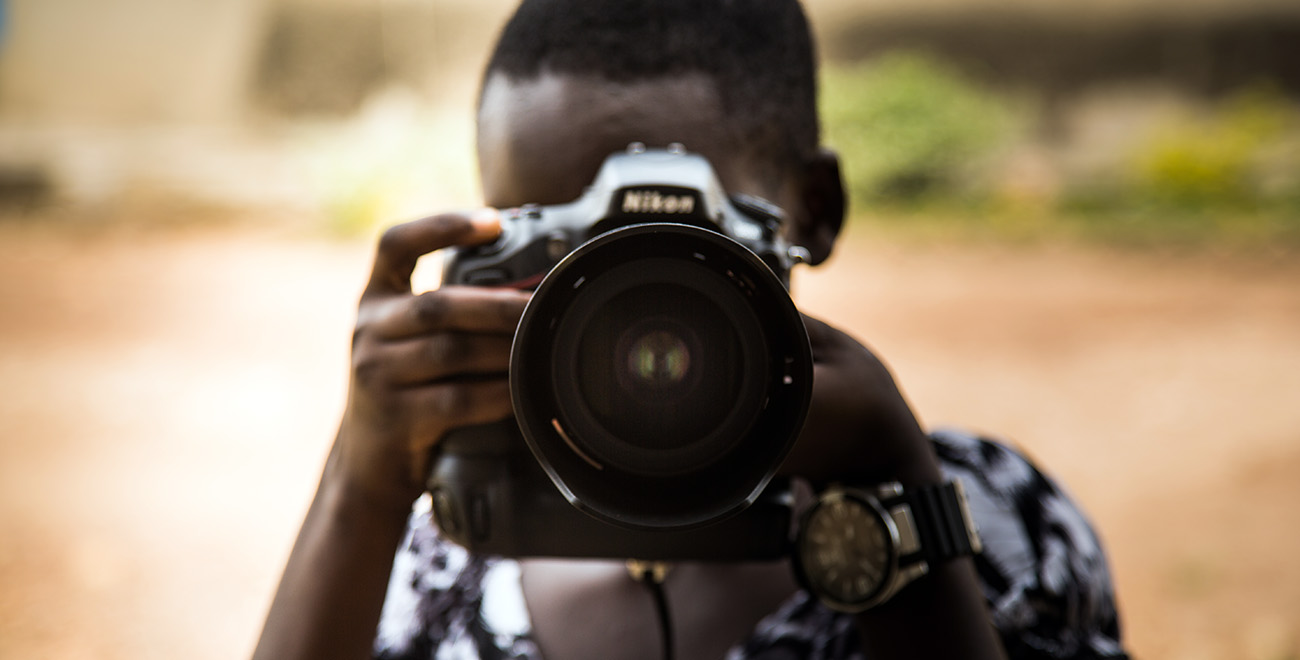 A photo has the ability to transform the way we see a person, a culture or an issue. It has the power to evoke emotion and capture a moment in history. So how do you take photos which show the beauty and dignity of humanity?

We asked two of our favourite photographers for their top tips: 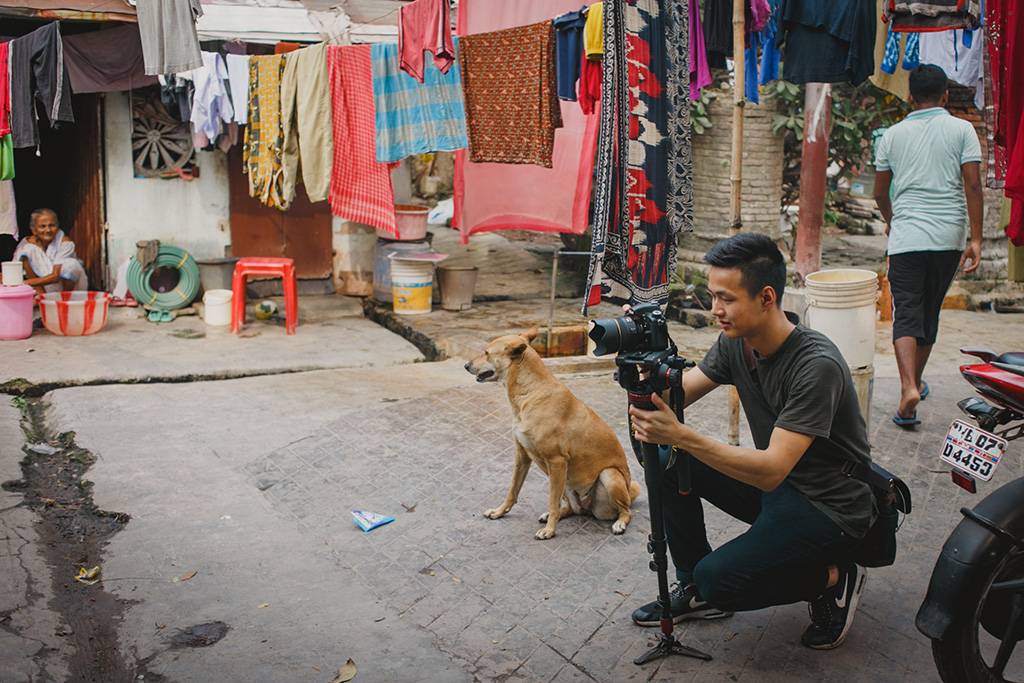 Jeremy Tan is the awesomely talented photographer behind Any Girl and Come to the Table.┬Ā

Smiles, touch, expressions and interactions rise above culture and time. We all feel something when we look at a photo whether itŌĆÖs joy, sadness, confusion or amusement. Sometimes an image might be grainy or composed differently to how I want but if thereŌĆÖs a smile or a sincere, honest moment within the frame ŌĆō this outshines the technical elements.

2. Dignify the people you photograph

IŌĆÖve always viewed portraits as a collaboration and I want my photo subjects to feel proud of the work weŌĆÖve produced together. ItŌĆÖs important to think about how you can make your subject feel valued and help them enjoy the experience. IŌĆÖll always have a chat and get to know people as much as time allows. Showing them the images on my camera is a good way to help build their confidence that they are looking good. 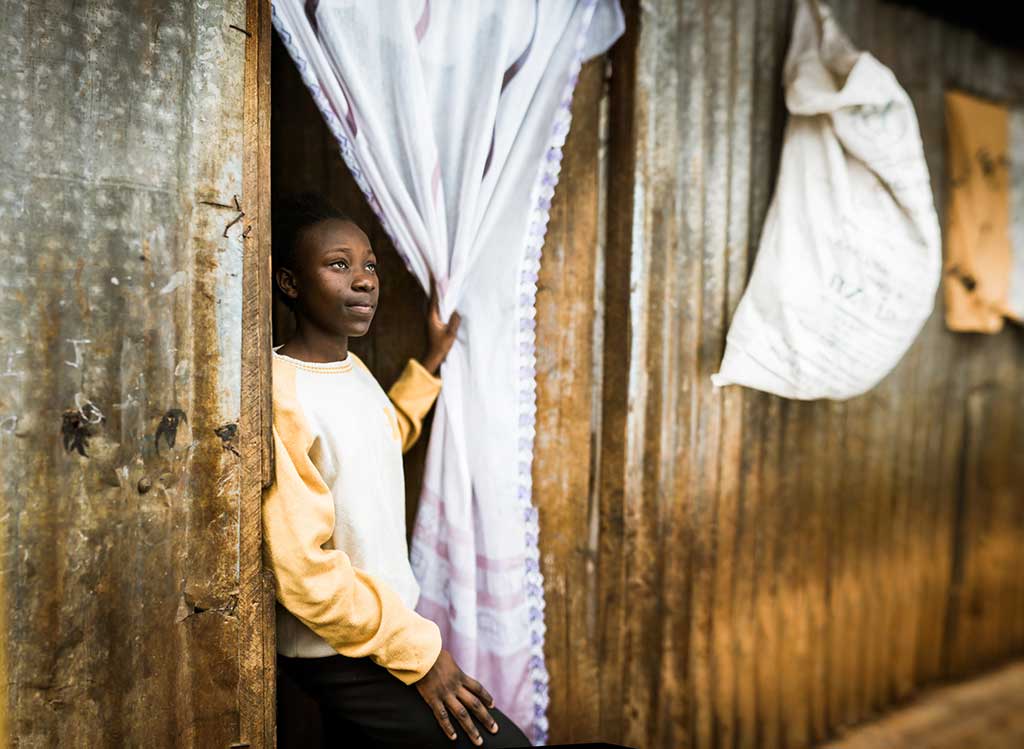 Good photographs make me curious. They make me ask, ŌĆ£What is the photographer trying to say?ŌĆØ or ŌĆ£How did they get there?ŌĆØ An effective photo pulls someone into a narrative. Think about what questions youŌĆÖre trying to provoke with your photo. 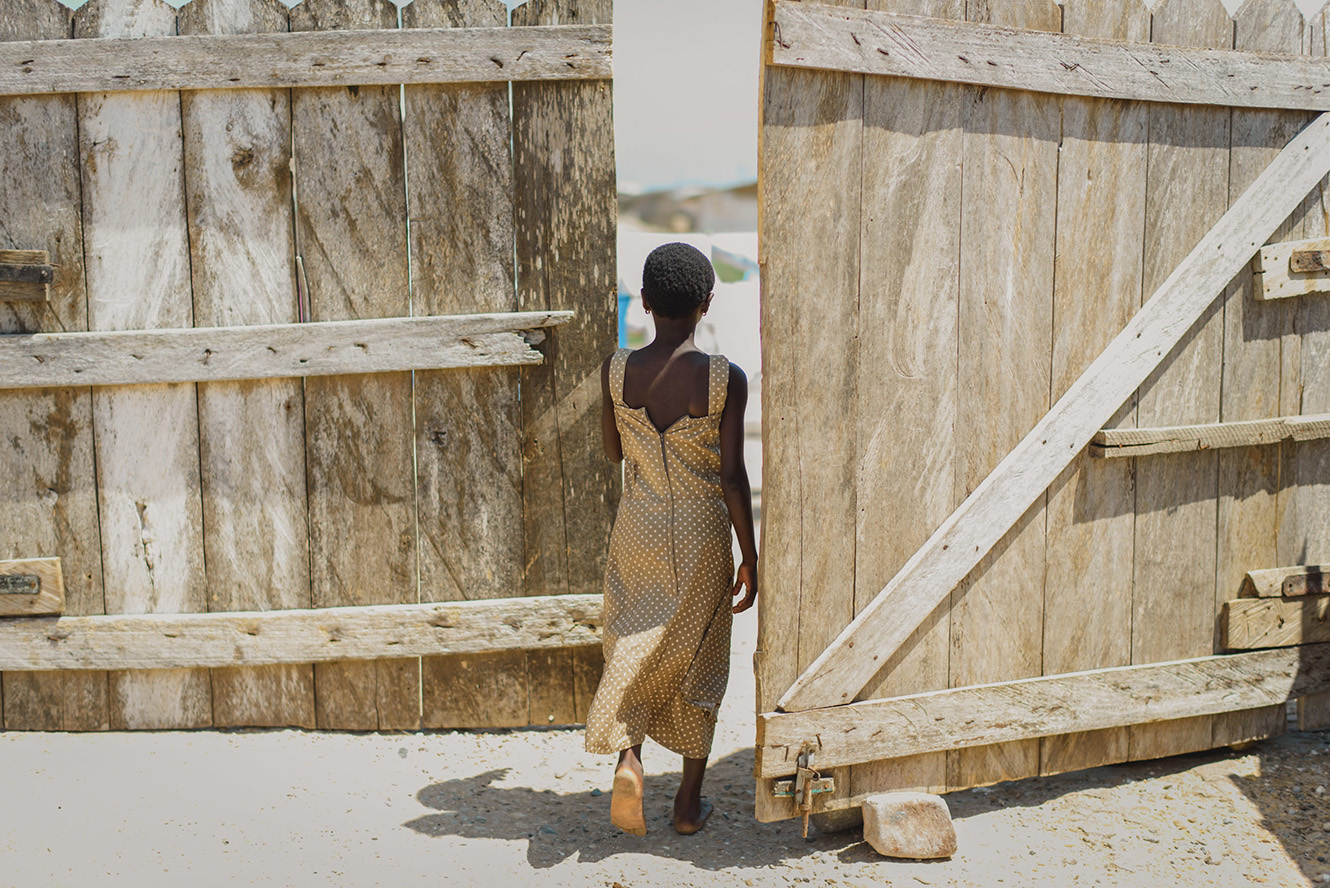 You donŌĆÖt have to be somewhere exotic to take powerful photographs. To become a better photographer: shoot, shoot, and shoot. Photograph your family, your friends, anything and everything that interests you. Imagine that for someone, somewhere, your life is extraordinary and different. How would you tell your own story in photographs? 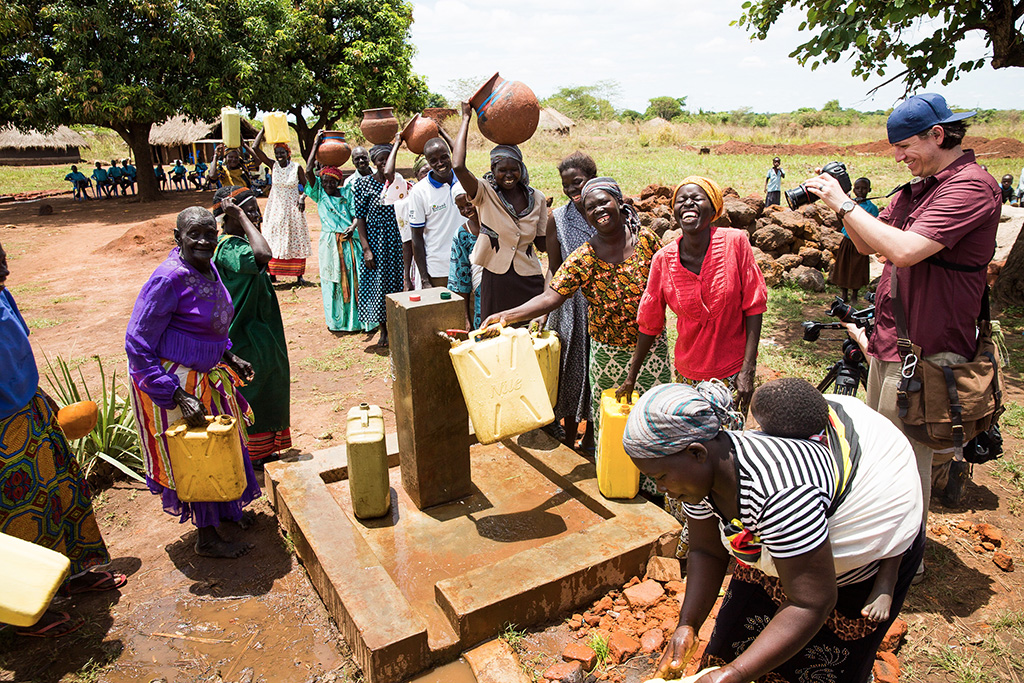 Ryan Johnson ŌĆō resident Compassion photo guru. The man behind many of the stunning images on our blog and website, Ryan has a passion to see children sponsored and released from poverty.┬Ā

5. Leave the zoom lens at home

Zoom lenses are for safaris, not for up-close photo shoots. When photographing people, itŌĆÖs about relating to your subjects on a personal level. If your photographs arenŌĆÖt good enough, youŌĆÖre not getting close enough.

Opt for a wide-angle lens instead. To focus on someoneŌĆÖs face, shoot a larger f-stop. If you want the background to be a character in your photograph, consider a smaller f-stop. 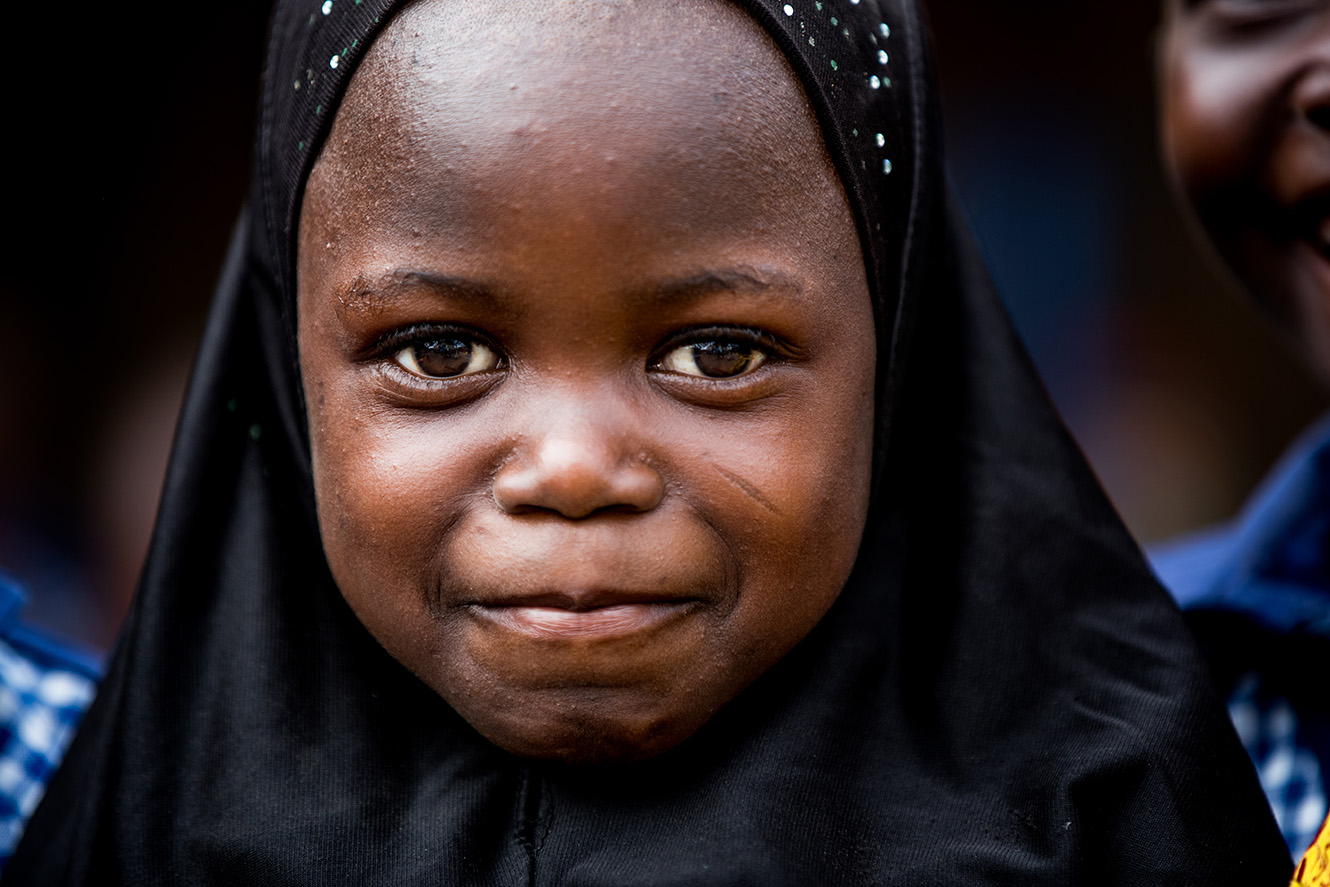 ItŌĆÖs really helpful to know the cultural and social norms in the country you are shooting. If you arenŌĆÖt sure, ask someone or research before you go as itŌĆÖs easy to get things wrong. In Asian culture, itŌĆÖs considered extremely rude to touch the top of someoneŌĆÖs head. However in Kenya, the Maasai greet children by touching the top of their heads which is considered a sign of respect. Know these differences and respect them.

7. Get down on their level

DonŌĆÖt shoot photos looking down at kids. Instead squat down and see the world from their perspective for a different view. Get eye-level and give them a fist bump. 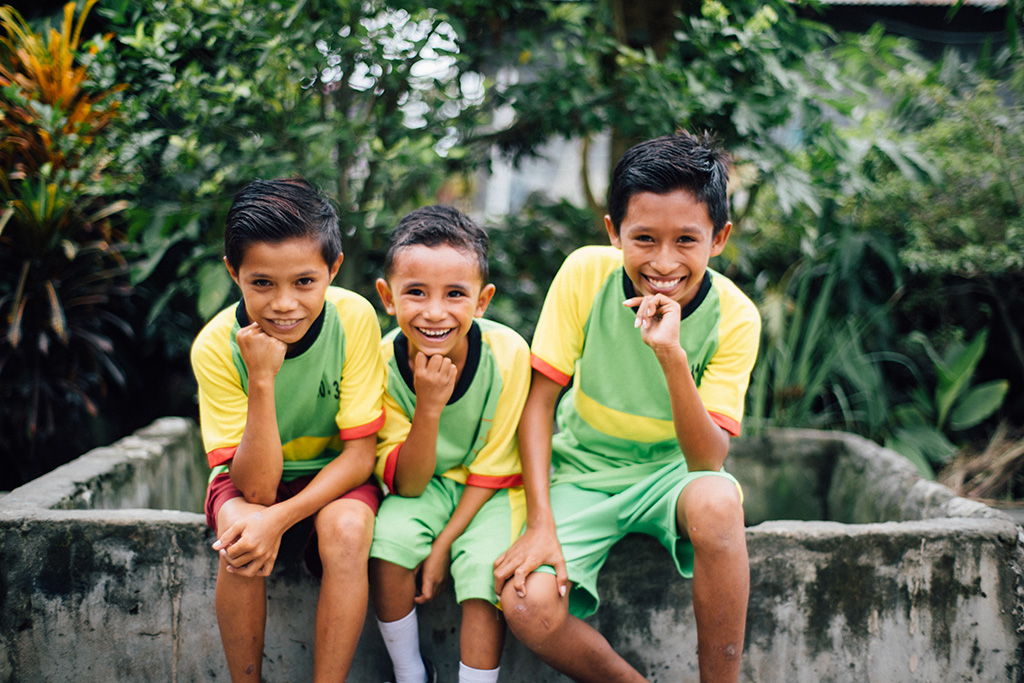 Kids are the same all over the worldŌĆöthey love to make goofy faces and see photos of themselves mucking around. Be goofy with them. If you donŌĆÖt speak their language you can still be their friend. Make weird noises and high five them.

9. DonŌĆÖt be afraid of people.

Children have sticky, dirty hands. ItŌĆÖs the same all over the world. So put your hand out there and shake some little hands after you take photos. Roll around in the dirt. Play a game of football and sweat in the heat. Let kids pull on your hair and poke your skin as you may be a novelty to them.

Ask permission: the most basic rule of all. Asking permission means starting a conversation with someone which is helpful to begin to establish a connection. Always talk first, shoot later. And when someone says no, respect that.

This leads to stereotypes and generalisations that ultimately hurt the people you are photographing. Culture is never simple. Embrace that and dive into it. 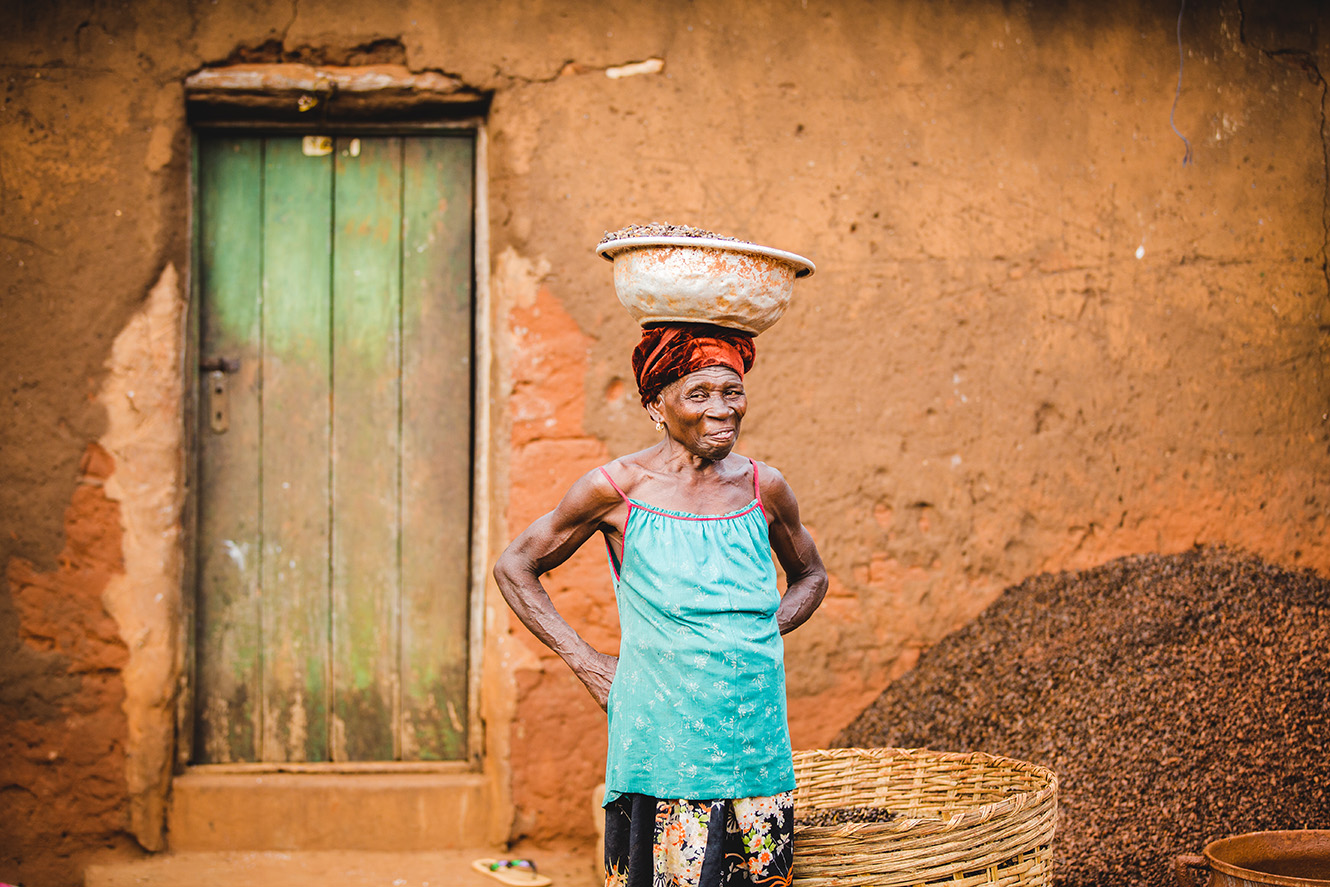 12. Use a Polaroid camera

For many families, family portraits are not an option. Polaroid cameras are a great way to give a gift to your photo subjects as well as a conversation starter. Take a few instant photos and share them.

Learn a few of the words from the local language. That will act as an ice-breaker and open up new interactions. DonŌĆÖt forget to introduce yourself and tell people why you are taking photos. A little explanation about who you are, why you are there and what you plan to do with the photos will give people a clearer idea of what youŌĆÖre doing and make them more relaxed.

14. Pray for the people in your photos

It shouldnŌĆÖt be easy to forget the people in your photographs. When you are looking at your photos later, make it a point to pray over them individually.

Photographs always tell a story. We hope this has inspired you to tell your story.┬Ā

Here are some adorable baby photos as we celebrate Mothers all over the world!

Reflections on a Visit to Ghana

We had the opportunity to interview Bishop Ray Veira from House of Praise, Church of God of Prophecy, following his trip to Ghana.

15 Fascinating Family Portraits From Around The World

We hope these beautiful photos make you think and bring a smile.

When Emmanuel was accused of witchcraft, Compassion staff made a daring rescue.

31 Beautiful Pictures of the World

Poverty may threaten to steal a childŌĆÖs future. But these beautiful pictures show how sponsoring a child restores hope.