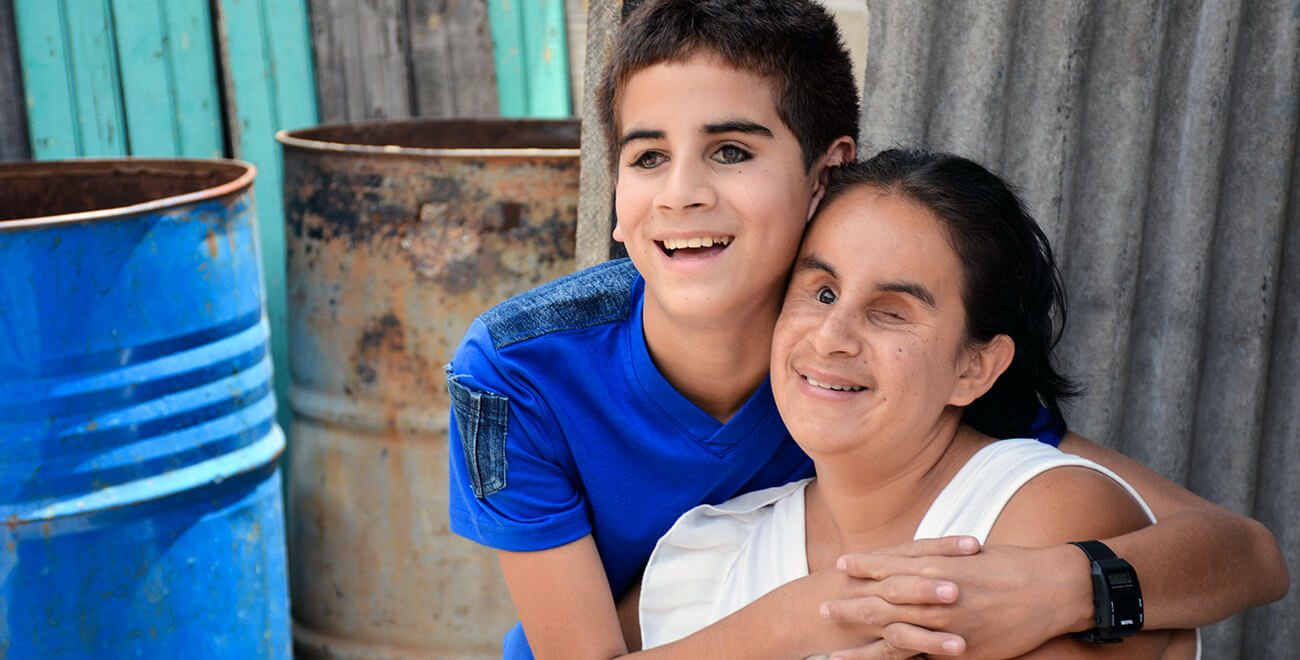 Stop. Just for a moment and close your eyes. When you do, really try and sense the darkness.

Imagine what it would be like to have this as your permanent view.

How would you experience the world differently? How might it make you feel? Meet Neyfer and his mother Iris from Honduras.

Neyfer lost his sight in both eyes after suffering from retinopathy when he was 11 months old. He has grown up alongside his mother Iris who shares, ŌĆ£It wasnŌĆÖt easy when Neyfer was younger. He used to wonder why everything was dark.ŌĆØ

Iris is uniquely placed to answer as she herself is blind. But she felt great sadness at hearing her son raise questions that she herself had asked many times. Along with the sadness and tears came a strong belief that she did not want her son living in fear of the darkness he experienced. She raised him to believe in himself and his abilities.

My son is unique, and I know heŌĆÖll be a chain breaker for the generations to come.

Through his motherŌĆÖs belief and input, Neyfer has grown into a strong, fearless, independent young man with an incredible sense of humour.

And if that was the end of our story today I know weŌĆÖd collectively rejoice at the power of encouragement and this amazing relationship.

He is living out his life as a chain breaker for himself and others.

He is determined to speak out for others, teaching people how to have a greater understanding of what it means to live with disability and become more inclusive of others.

At age eight Neyfer was the first blind child to attend the AngelŌĆÖs Place Compassion project near to his home in Honduras. The project staff were initially nervous about this change. Danelia, the project director, explains, ŌĆ£We acknowledged that we lacked experience in┬Āsupporting children with disabilities like Neyfer, and we didnŌĆÖt want to fail him.ŌĆØ

Across the world our Compassion project workers are committed to welcoming children of all ages, backgrounds and abilities. To celebrate diversity and individuality, through the child sponsorship programme, Compassion wants all children to know that they are known, loved and protected. Danelia and the AngelŌĆÖs Place staff began learning about NeyferŌĆÖs world. 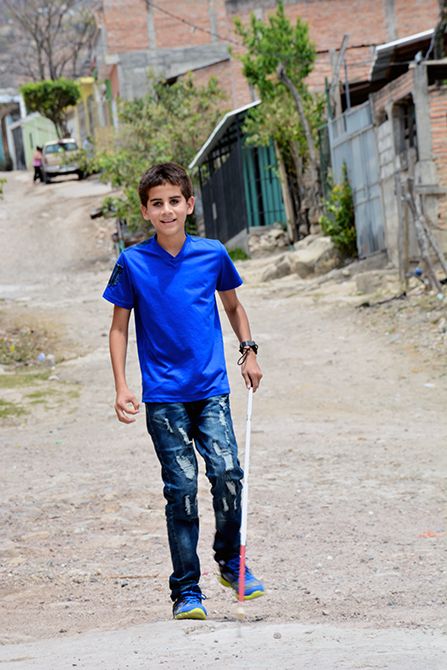 Neyfer is incredibly independent and day by day he is changing the outlook of people in his village and community. He teaches the children how to get around on the streets as a blind person and how the simple placement of food on a plate can be altered to help with eating. The other children at the project help Neyfer by describing what tasks he must complete in his workbook. The children are learning how to include Neyfer and Neyfer is learning to embrace their acceptance.

Bringing change for the visually impaired in Honduras

It doesnŌĆÖt stop there either. Neyfer doesnŌĆÖt just want to change his community, he wants to affect change across his whole country. He is passionate about raising awareness around what it means to live with a disability and how many people need better access to support, early diagnosis and testing.

Today at the age of 12 Neyfer has ambitions to be a lawyer and has written, memorised and presented proposals on behalf of others.

Last year his determination led him to share lunch with the president of Honduras before presenting his ideas before members of the National Congress. ŌĆ£I wasnŌĆÖt nervous because I couldnŌĆÖt picture the audience, and thatŌĆÖs my secret!ŌĆØ shared Neyfer laughing. ŌĆ£Regardless of the audience, I had written a proposal to raise awareness on the newborn screening eye test and how it can save many lives from preventable diseases. As a baby, that test could have saved me from blindness.ŌĆØ

NeyferŌĆÖs sponsor Kathryn celebrates him as an individual and goes out of her way to communicate well with him. She often incorporates textures into her writing so that Neyfer can feel the letters as well as hear them read to him. She describes any pictures she sends in great detail and even arranged for a special gift to be sent so that Neyfer and Iris could listen to Bible stories in Spanish. 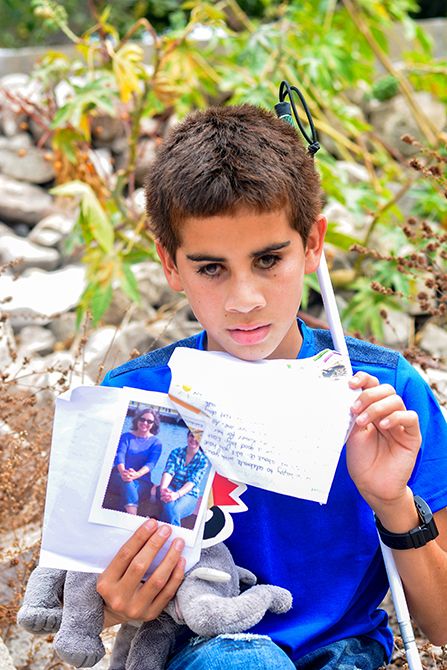 ŌĆ£My sponsor, Kathryn, always creates bridges to eliminate that gap in communication between the sighted and the blind,ŌĆØ Neyfer explains. In her letters she adds small decorations to her handwriting that I can feel. ItŌĆÖs similar to the braille system. Every time she sends pictures to me, she describes with such precision the elements involved in them, so I can imagine where she was. I love her very much.ŌĆØ

We don’t have to be defined by our circumstances. These 9 remarkable Compassion graduates show us why.

“I feel better than ever and have a normal life. When I attend my monthly medical appointments with the doctors, they call me ŌĆśChampionŌĆÖ, as my medical exams have shown I am dengue free!ŌĆØ

Pray for the Dengue Outbreak in Honduras

In mid-June the Honduran government declared a state of emergency due to the dengue fever epidemic.

“I Am Beautiful As I Am”

How this courageous girl from Indonesia is fighting bullying and changing attitudes.

Be inspired by the courage and determination of children around the world.

My Alopecia Story: How Poverty Led to Hair Loss

“I had a weakness which became my strength.”

They Tried to Kill My Daughter Because She Was Different

Grace was born without legs and with only one fully developed arm. And yet, nothing can stop her.

Heavy rains have kept some parts of Honduras under high alert.

Pray urgently for communities in Honduras suffering from gang violence.