Honduras is a land of wild beauty. It’s rich with abundant wildlife and spectacular scenery. It also faces extreme challenges with 63% of Hondurans living in poverty unable to access basic resources. Compassion-supported children experience these realities daily. But at the Compassion project, there is hope. 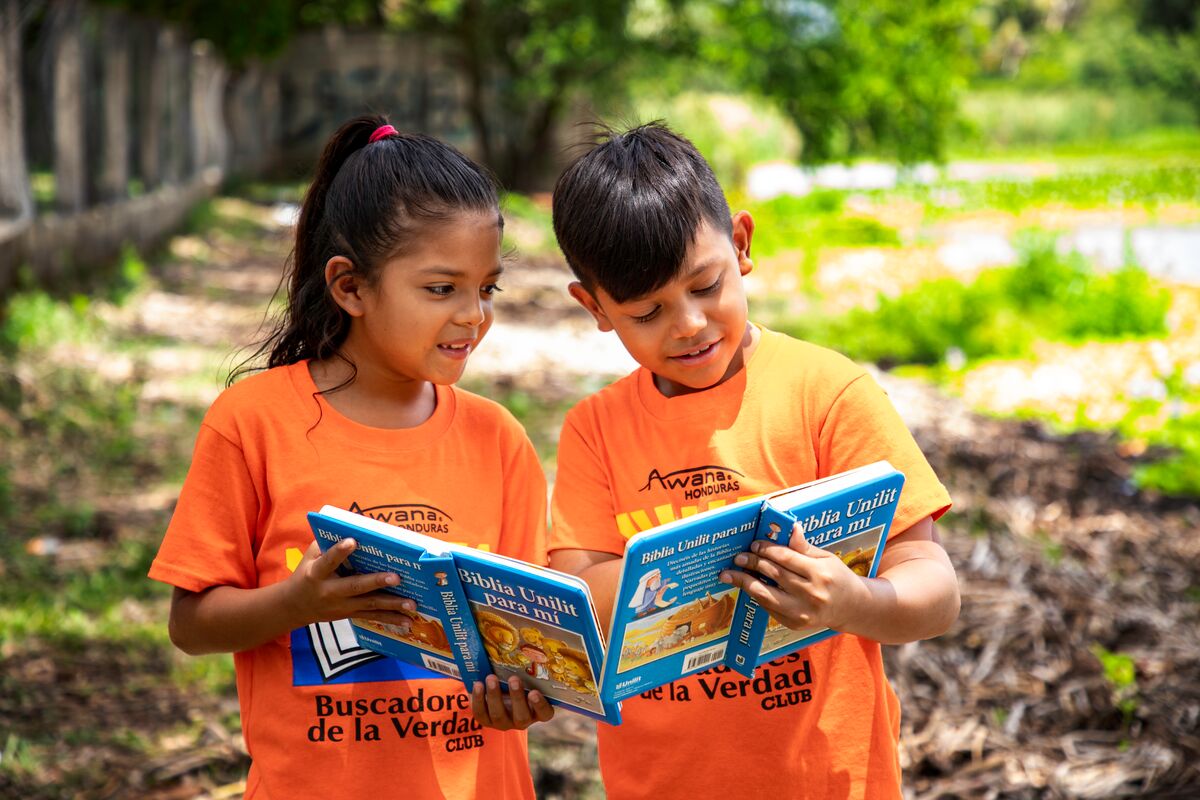 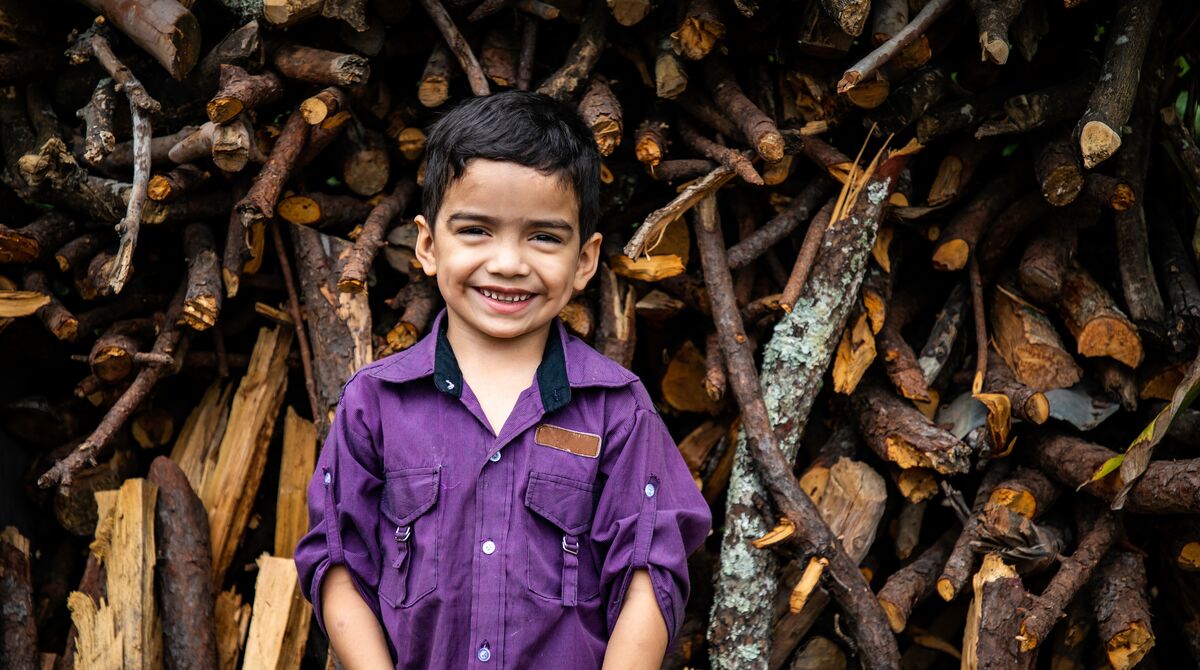 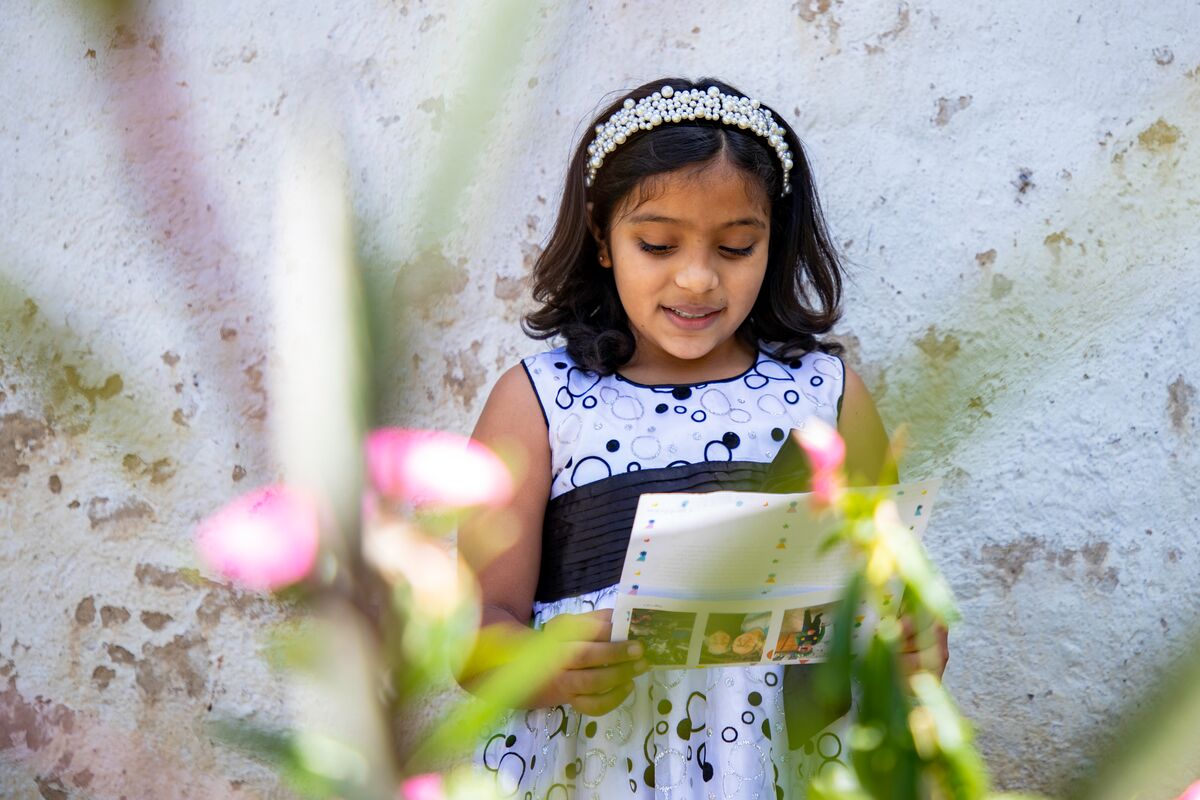 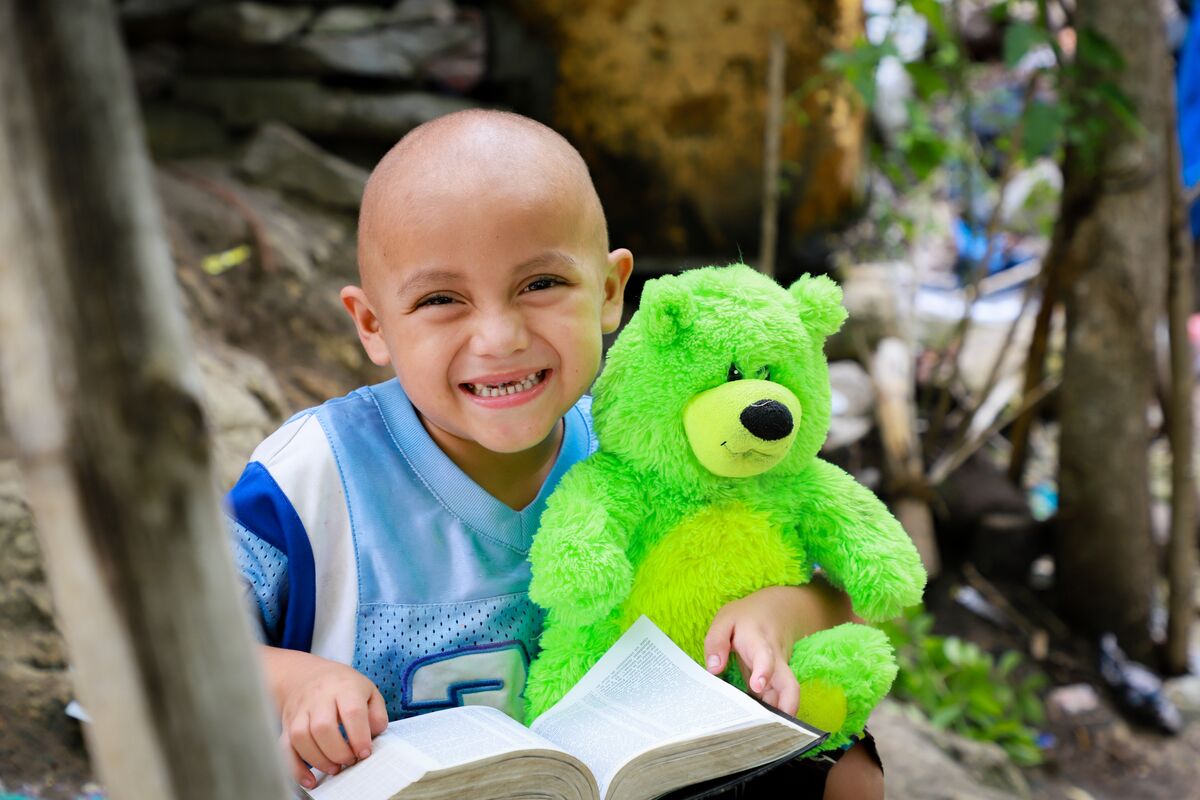 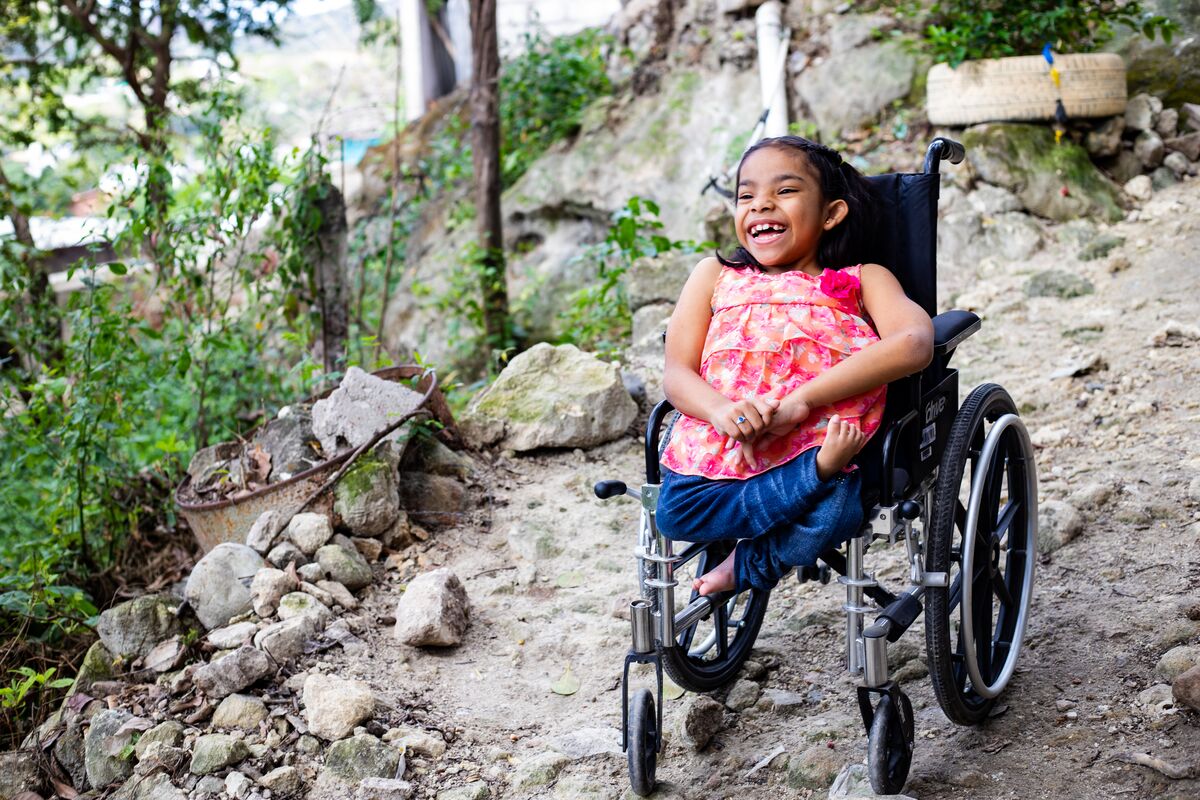 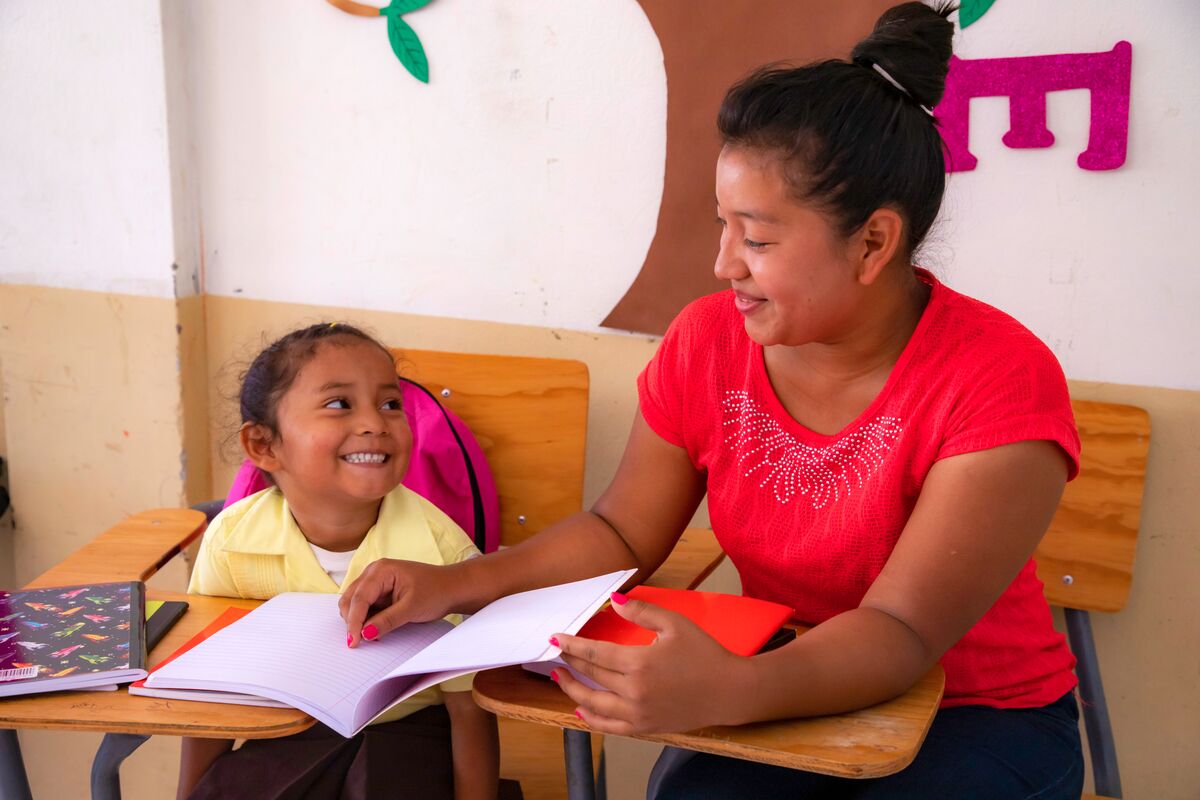 This video was released in July 2022.
If you've been inspired to sponsor a child from Honduras, visit our sponsorship page.

Good health and protection for vulnerable children and families

The Mesoamerican Barrier Reef System off the coast of Honduras is the second largest barrier reef in the world, second only to Australia's Great Barrier Reef.

Sponsor a child in Honduras

Honduras
Sponsor me
Search for children

Percentage of children under the age of 5 underweight: 7.1%

Religion: Approximately 34% of the population are Roman Catholic, 48% Protestant, 5% are of another/unspecified religion or none.

La Isla Española, later known as Hispaniola, was originally inhabited by Tainos Indians. Within three decades of European arrival in 1492, the Tainos deteriorated rapidly from disease and forced labour. Gradually, Spanish interest in Hispaniola declined as gold and silver were discovered elsewhere.

By the late 17th century, France gained control over the western third of the island and called their colony St. Domingue. The settlement became extremely lucrative, importing up to 40,000 Africans per year to work as enslaved people on the profitable sugar plantations.

St. Domingue was producing 60% of the world's coffee by the mid-18th century, which required even more slave labour. Those forced to work as enslaved people endured deplorable conditions. It is estimated that one in five died within the first three years of arriving in Haiti, while the average life expectancy for someone enslaved was 21 years.

In 1791, following the French Revolution, those enslaved in Haiti started a 12-year rebellion. Guerrillas were led by a formerly enslaved person named Toussaint L'Ouverture, who was eventually arrested by Napoleon's French army in 1801. The French were fully defeated in 1803, and Haiti declared independence in 1804.

Between 1843 and 1915, only one head of state served his full term out of 22 leaders. The rest were assassinated or forced into exile. The US sent troops in 1915 and occupied Haiti until 1934, forcing labour in groups called corvée (reminiscent of slavery).

In 2010, a tragic 7.0 earthquake hit Haiti, killing 230,000. Haiti has since experienced devastating hurricanes and natural disasters; the economy continues to struggle amidst political unrest remains.

Art
Haitian artists make beautiful artwork out of objects that are destined to be discarded, such as old tin, which they cut into scenes of birds and flowers. Woodcarving and painting are also popular.

Music
Haitian music has both French and African influences, along with Spanish styles brought over from its neighbour, the Dominican Republic. American jazz has also influenced Haiti. The national dance is the méringue (similar to the Dominican version).

Sports and Games
Football is played year-round, and you’ll often find children using makeshift balls created from whatever they can find. Kites are popular, especially at Easter time. Children also like to play many versions of hide-and-seek.

The typical school year runs from February to November and education is compulsory for children between the ages of seven and 12.

There is some disparity in attitudes toward education between rural and urban areas. Education is seen as essential in many urban communities while in rural areas the need for children to work to support the family overshadows schooling. As a result, dropout rates in rural communities are higher.

More than half a million children of secondary school age do not go to school, accounting for one in two adolescents in lower secondary and two in three in upper secondary.

There are also many practical obstacles such as inadequate facilities and a lack of trained teachers. Many parents feel a sense of helplessness. Even those that desire for their children to get a good education, simply can’t access it.

Approximately 48% of the population are Protestant, 34% are Roman Catholic and 5% are of another/unspecified religion or none.

Religious freedom is a fundamental right in Honduras and there is no state religion. Under the country’s constitution, religious leaders are not allowed to hold public office or make political statements. Religious organisations may register as legal entities to qualify for tax-exempt status and other government benefits.

Public education is secular and religious education is not taught in government schools. In private schools, however, it is permitted as part of the curriculum and some private religiously affiliated schools require students to participate in religious events to graduate. Various religious organisations, including the Roman Catholic Church, Seventh-day Adventist Church, and evangelical Protestant churches have all set up schools in the country.

There are a number of inter-faith groups within Honduras working to promote understanding and collaboration between those of different faiths.

It’s been ten years since 17-year-old Cinthia was registered into her Compassion project at the local church. She now dreams of becoming an engineer. Cinthia’s present situation is a far cry from her past. As a toddler, she and her older sisters used to wander the streets and beg for food. Cinthia’s single mother struggled to provide for six children on her own, living off meagre earnings as a cleaner. “I never thought that my days of begging on the streets and tugging at people’s clothes asking for food or money would come to an end,” said Cinthia. “I marvelled when I started attending the Compassion project because I was granted warm meals and hugs, school supplies and shoes, medical check-ups, Christmas gifts, and a Christian life I never thought I could encounter.” At 17, Cinthia has become a thriving teenager whose testimony is impacting the youth in her local church. She openly talks about her journey as a beggar and how God changed it all when she registered. “The cycle of poverty ends with me and my generation will be different. I do not know where I would be now if I hadn’t enrolled in the Compassion project,” she said. “My sponsors mean the world to me. I treasure their letters and store them in a special place,” shared Cinthia. “Our relationship is very strong. I love them very much.” Today, she dreams of going to university and becoming an industrial engineer. The Compassion programme afforded her opportunities she wouldn’t have otherwise had. “I appreciate that every year at the project I have been given school supplies and shoes to attend school,” said Cinthia. “I could have grown up without the right to education, and instead, it was granted to me."

It’s been ten years since 17-year-old Cinthia was registered into her Compassion project at the local church. She now dreams of becoming an engineer. Cinthia’s present situation is a far cry from her past. As a t 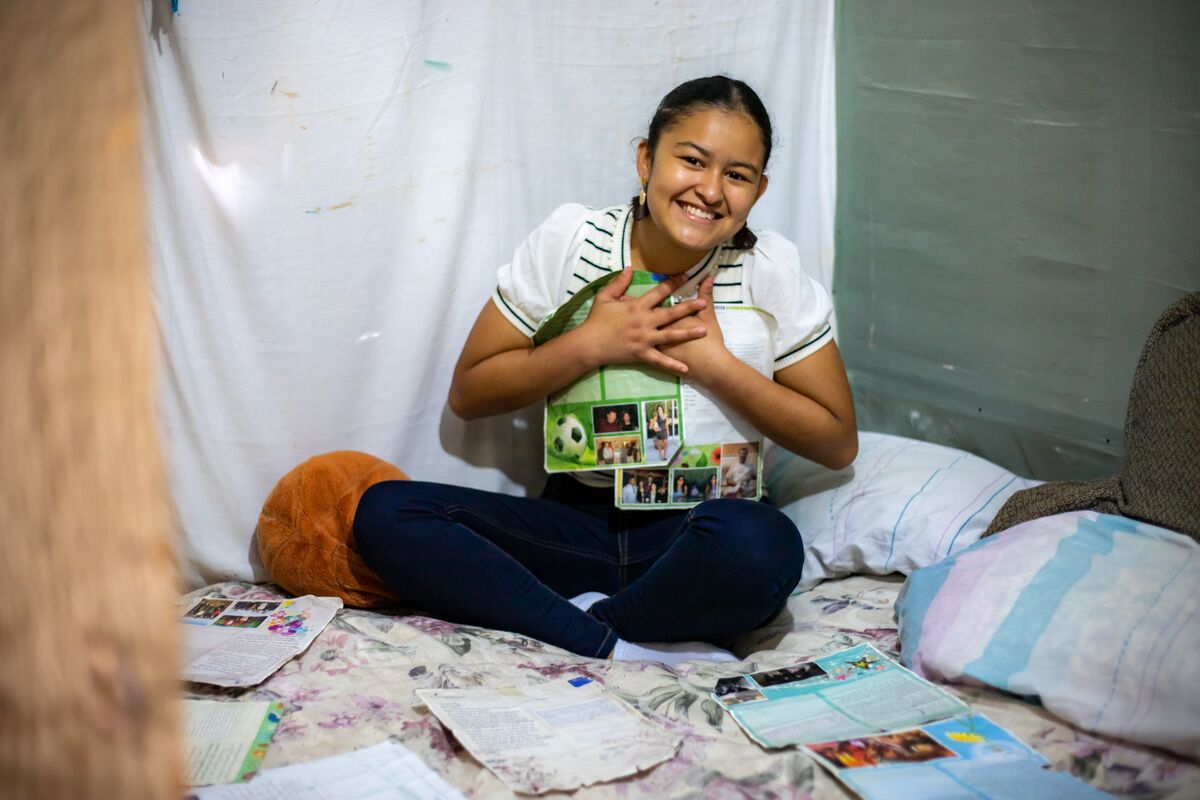