3 ways you can pray for Haiti

Pray for Haiti, the poorest country in the western Hemisphere. More than half the population lives in abject poverty, with 40 percent unemployed. One-quarter of all infants have low birth weight, and most people living in rural areas lack access to basic needs such as clean water and sanitation facilities.

Now, the disaster-stricken country is attempting to recover and rebuild as widespread debris remains. Following the 2010 earthquake, many Haitians continue to live in â€˜tent citiesâ€™â€”makeshift campsâ€”after their houses and communities were destroyed.

1. Prayer for the Haiti earthquake

Many Haitians are still struggling with the legacy of the earthquake that struck Port-au-Prince on 12 January 2010, creating a desperate situation in which 1.5 million people were left homeless, many were injured and more than 300,000 people lost their lives. The 7.0 magnitude earthquake struck close to the countryâ€™s capital and was followed only days later by a 5.9 magnitude earthquake.

A prayer for Haiti earthquake victims

Father, we remember those in Haiti who lost their lives in the 2010 Haiti earthquake. We pray for those who still battle with grief and loss years later. We pray for children growing up having lost parents, siblings or grandparents. We pray those who still lack permanent shelter Lord God, we pray for your provision and protection for the next generation of Haitian children.

2. Pray for Haiti in the aftermath of Hurricane Matthew

In October 2016, Haiti was struck by Hurricane Matthew, the most powerful storm to hit the Caribbean in a decade. High winds, widespread floods and landslides destroyed thousands of homes. Compassion UK launched an emergency appeal to enable our church partners to distribute medical aid, water and emergency food to children and families. 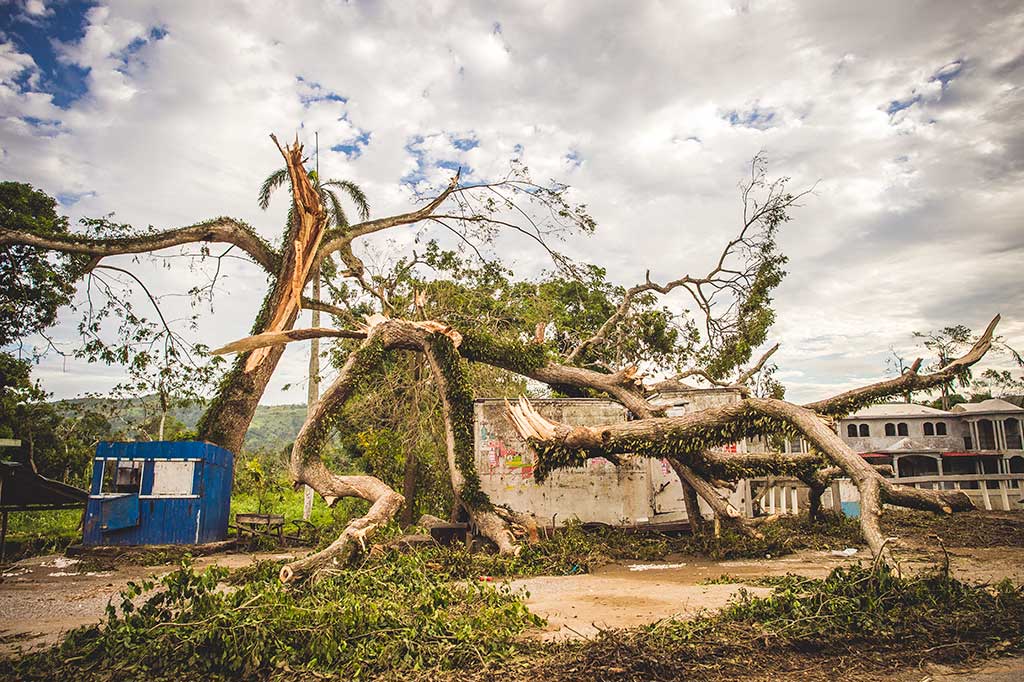 "When I think of Hurricane Matthew the first word that comes to my mind is nightmare, â€œ says country director Guilbaud Saint-Cyr. â€œFive different regions of our country were devastated. So many of the buildings taken to the ground. My heart broke to see the impact of the crisis.

A prayer for the victims of Hurricane Matthew

Lord, we pray for Haiti and the Dominican Republic as the countries continue to recover from Hurricane Matthew. We praise you for children and families whoâ€™ve been given the provision to rebuild their homes and livelihoods. We pray for the Church in Haiti to continue to provide support to communities devastated by the disaster.

My name is Guilbaud Saint-Cyr, and I have been serving as the Compassion Haiti country director for 13 years now.

"So do not fear, for I am with you;Â do not be dismayed, for I am your God.Â I will strengthen you and help you;Â I will uphold you with my righteous right hand." Isaiah 41:10

Sponsor a child in Haiti

In the midst of the COVID-19 pandemic, Compassionâ€™s frontline church partners across the globe are adapting fast. Discover the latest news from each of the countries we work in.

Look after yourself this new year with tips inspired by the quality children receive in the Compassion programme.