On International Men's Day, pause for thought with our CEO Justin Dowds.

Growing up, like any small boy, I was constantly searching for role models. I would not have said so at the time, or communicated it in those words, but I’m convinced that most boys consider frequently throughout their lives; “What sort of man will I become?”

Like many of my friends around me, peer pressure influenced me. I yearned to have the footballing abilities of Kenny Dalglish or the wealth of Andrew Carnegie or perhaps the physical strength of the world’s strongest man or the fame and adulation of a music star.

You see, I saw in those people certain aspects that I considered to be indicators of success as a man. As a father of two boys I notice that these same pressures exist today. They are bombarded at almost every turn with the world’s perspective on what it means to be a man. 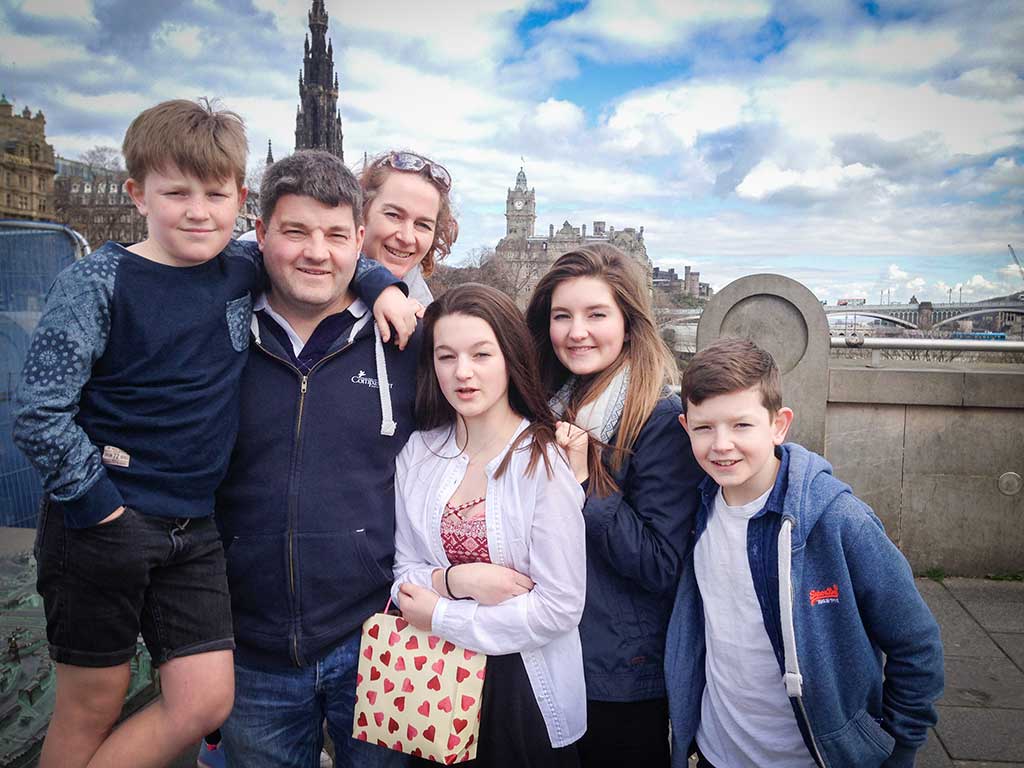 Justin with his wife Nicky and children Holly, Emily, Benjamin and Samuel.[/caption]

Yet, over time, I find that my perspective on being a man has shifted. I still admire the men I’ve just talked about and my kids and I still enjoy watching wonder goals scored by today’s footballing heroes. But I continue to be deeply challenged by the life of a man which is bigger and better than any of these men. It’s a life marked by sacrifice, service and eternal honour. In his own words, “Greater love has no man than this that he lays down his life for his friends.” 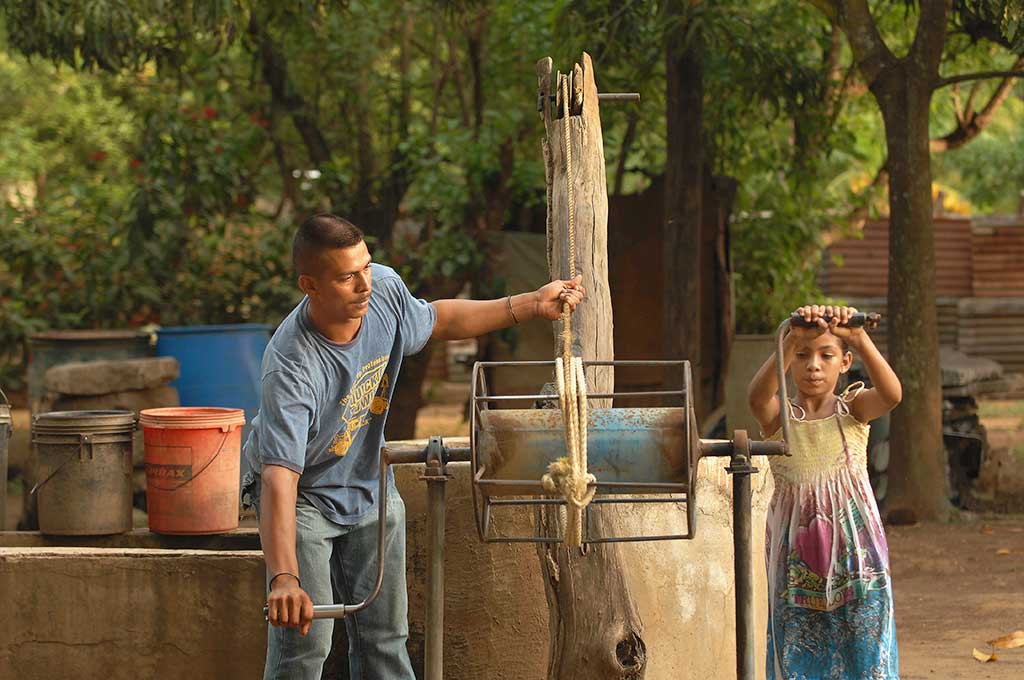 In Nicaragua, sponsored child Roxana is given a helping hand by her father.[/caption]

There can surely be no greater example of this than Christ, who laid down His very life so that I could live - the greatest demonstration of manhood. What an example to follow. What an example to demonstrate to my children. What an amazing privilege to be able to share that perspective with the children I sponsor. For me, true heroes and role models are those that seek to live this out in pursuit of the ultimate role model; Jesus Christ. He demonstrated so clearly the type of men we need more of in this world. 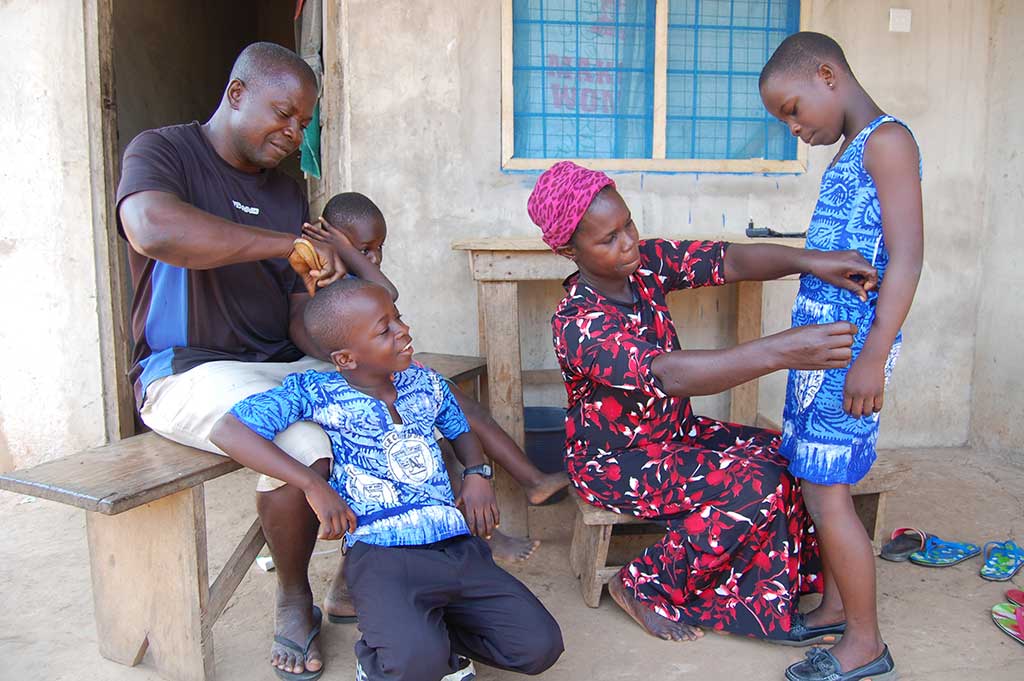 Gideon's dad takes the time to groom his hair in Mankessim, Ghana.[/caption]

I remember a few years ago meeting a passionate young man of God. He told me about the horrors of human trafficking and confidently asserted that he was going to do something about it. He shared his huge vision with me and I joked that his plans were so huge that if they didn’t come off, he’d lose his house. I’ve never forgotten his response; “It’s just as well I don’t own a house then.”

Ben Cooley went on to form Hope For Justice, an incredible charity fighting the evils of human trafficking in this nation. He is a man absolutely committed to sacrificing his needs on behalf of others. I’m grateful for men like Ben, who I can tell my sons about; that they too can aspire to be men that understand truly what it is to be a Man of God. 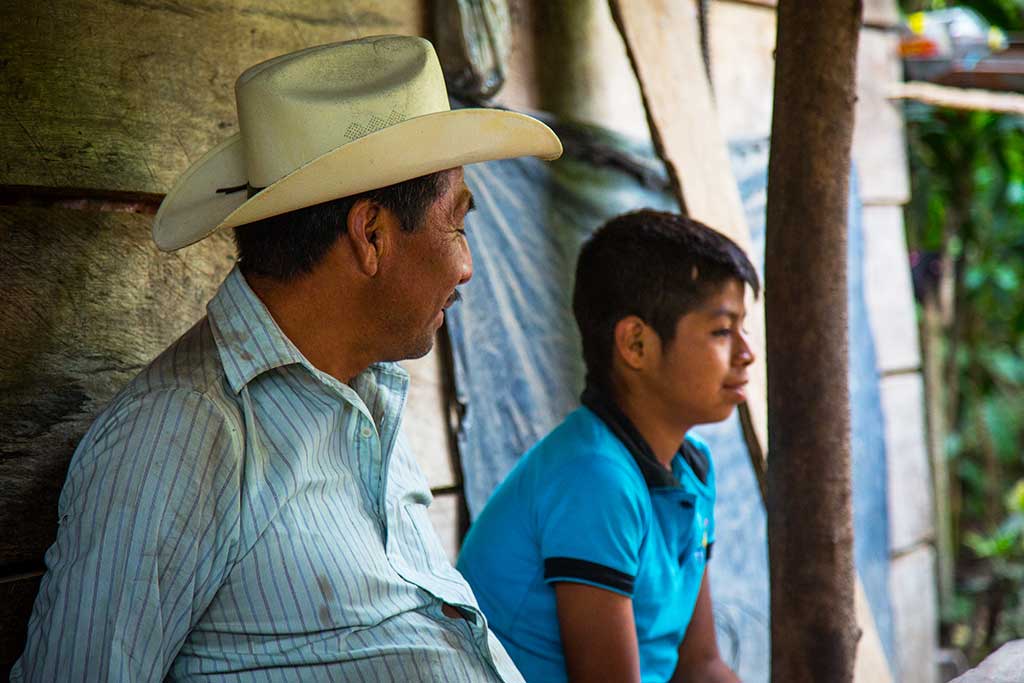 On the mountainous border between Mexico and Guatemala, Rogelio gives his son encouragement and advice.[/caption]

Throughout the year, I have the privilege of seeing Compassion’s work in action and I get to meet our inspirational colleagues who work tirelessly in challenging conditions. It’s sad to see that often, in the homes we visit, we find a mother raising her children alone - the father is absent.

I’m reminded during these visits that as men, we have the unique ability to offer encouragement, hope and support to children anywhere, who lack role models. We can write, speak and live out encouragement to the children around us and the children we sponsor. We can be men who seek to put the needs of others before ourselves and men who seek to keep Jesus at the centre of every part of our lives.

Let’s take the time to celebrate the men who have impacted our lives. Let’s seek to be men who are worth celebrating – not for human applause but for the praise and honour of the God we serve.