Be inspired by the courage and determination of children around the world. 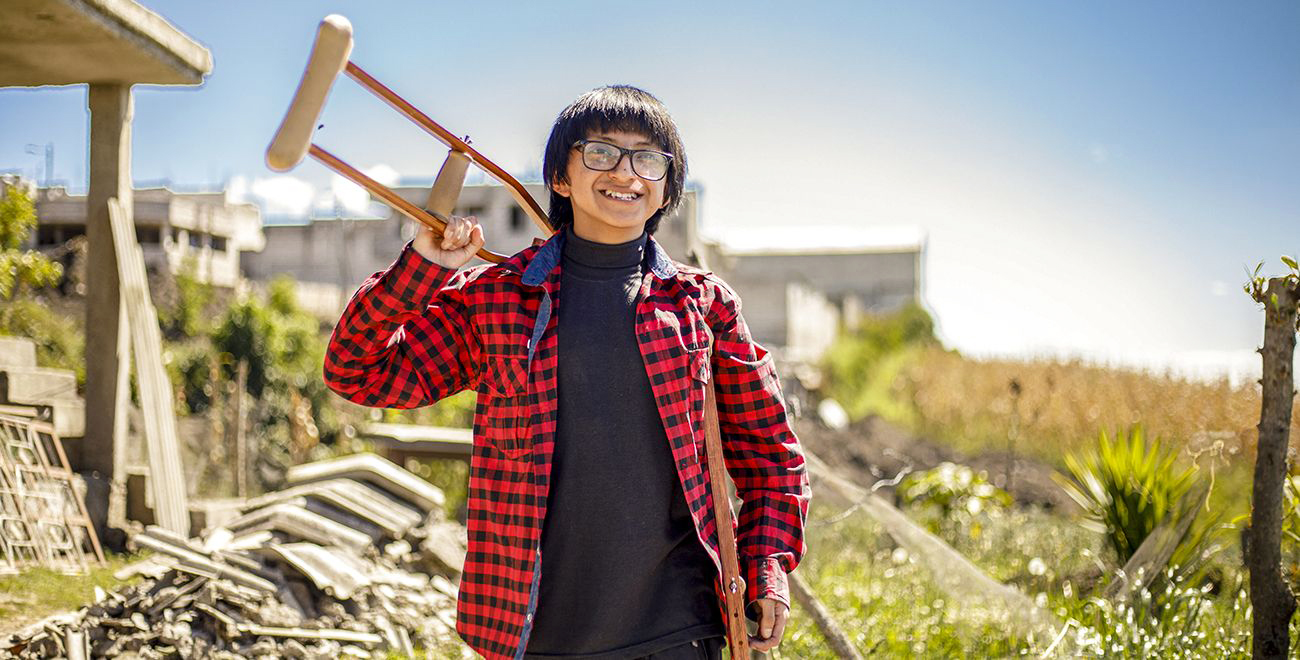 Living in poverty is hard enough. But living with a disability compounds the challenges for children in the poorest parts of the world. A little help, prayer and support can transform their experience.┬Ā

To mark┬ĀInternational Day of Persons with Disabilities, you can hear the voices of these children as they share their struggles, their hopes and their determination to live life to the full. If their stories inspire you and youŌĆÖd like to play a positive role in another childŌĆÖs life, you might like to consider sponsoring a child with an additional need.

SheŌĆÖs confident, bubbly with a fierce sense of humour. This extroverted 6-year-old loves to sing and dreams of recording her own album. 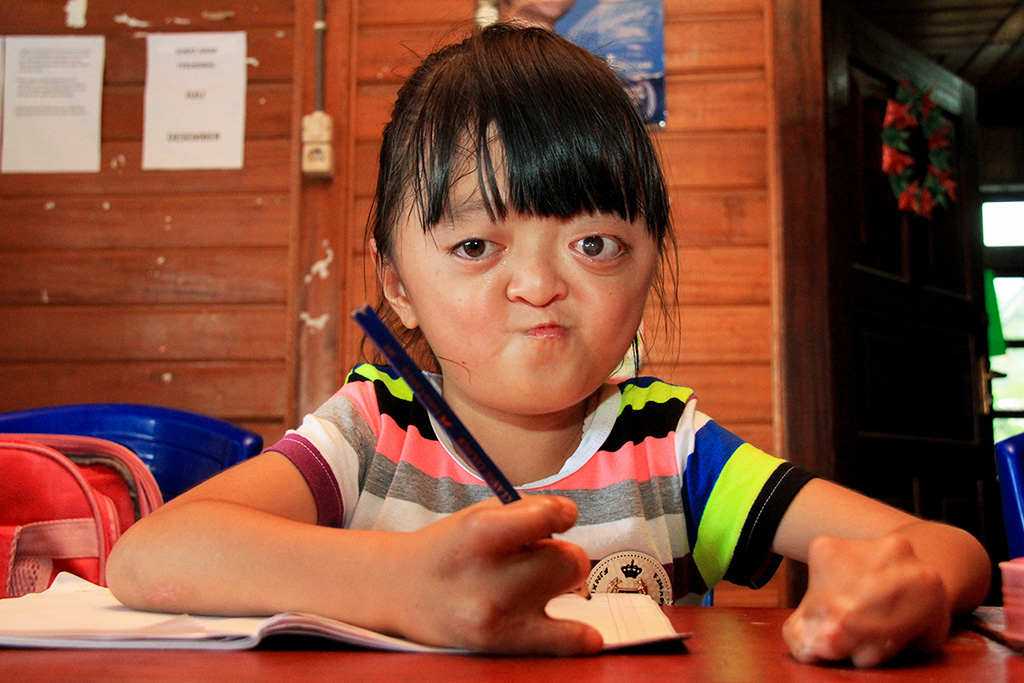 In the remote Bongkudai village, North Sulawesi,┬ĀIndonesia, thereŌĆÖs little help and support for children born with any form of disability.

When she was born, KaruniaŌĆÖs own father tried to hide her condition. Locally there was misunderstanding and fear. Her parents, Candra and Angel, found it incredibly painful when local children would run away afraid from their baby girl.

From the start, our local church partner was committed to supporting the family and educating the wider community about KaruniaŌĆÖs worth. Angel and Karunia were enrolled in a Compassion┬ĀChild Survival project┬Āwhere Angel was given parenting classes. Through home visits and activities, Angel and Candra began to feel supported and hopeful for their daughterŌĆÖs future.

In 2015, Karunia graduated to the┬ĀChild Development Sponsorship Programme and she continues to thrive. ŌĆ£I love to play with my friends at school and at the project,ŌĆØ she says.

Thanks to the support of her sponsor and our┬ĀRESPOND┬Āinterventions, Karunia will be able to undergo a further operation on her left hand later this year.

When you meet Karunia, you can see the fruit of the years of Compassion project lessons teaching self-confidence and the value God places on┬Āher. She clearly knows that she is a precious creation.

Her self-assured words speak for themselves: ŌĆ£When my friends mocked me because I donŌĆÖt have normal fingers, my mum taught me to say back to them that this is what Jesus gave me,ŌĆØ Karunia says.

18-year-old Yona has had to fight for his life. Discrimination and misconceptions about his albinism make him vulnerable to attack. The hereditary condition which results in a lack of pigmentation in skin, hair, and eyes, affects 1 in 1,400 people in┬ĀTanzania. 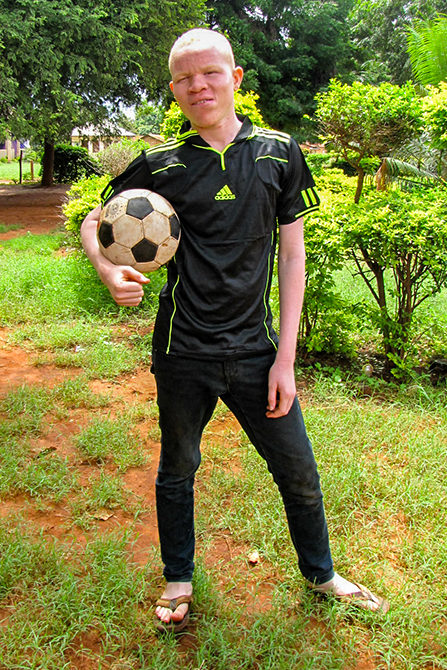 The killings are believed to be motivated by superstition and myth. Traditional healers and witch doctors in sub-Saharan African countries promote the belief that people with albinism possess magical properties and bring good luck and fortune. Body parts can be sold for thousands of dollars on the black market.

Those living with albinism are in constant fear that they could be next.

Things changed for Yona when he was┬Āregistered with Compassion and found a caring sponsor. The project provided an environment of love, care and protection, which allowed his confidence and trust in people to grow.

For the first time, he could put on a uniform and go to school.

Before I joined Compassion I had not enrolled in any school. My parents could not afford to send all of us to school at the same time because of school fees. If there was a need for one child to wait, I was always the victim.

YonaŌĆÖs hard work at school has paid off and earnt him good results in his national examinations. From a young boy without hope of an education due to poverty and stigmatism, Yona is now one of the highest performing students in his school. With his results Yona is optimistic he can achieve his dream.

ŌĆ£From the very beginning when I started secondary school education, I fell in love with science subjects. My plans were and are still the same, to study up to university level and become a chemical engineer,ŌĆØ beams Yona.

ŌĆ£My sponsor has stood by me from the beginning. He has been sending encouraging words about the future and about my dream,ŌĆØ Yona says. ŌĆ£His support to me is invaluable. I still need his prayers and support to achieve my dream.ŌĆØ

Baby Alexis was small and anaemic, slow to crawl and walk. As a toddler, he couldnŌĆÖt stop crying when he tripped up in the house.

Panicking, his parents took him to hospital. Doctors discovered he had broken his arm in the minor fall. Tests revealed Alexis had a rare genetic disorder known as ŌĆśbrittle bone syndromeŌĆÖ.┬Ā

ŌĆ£It was very hard for me. I saw him so little, so fragile, and suffering so much,ŌĆØ says his mother, M├│nica. ŌĆ£My heart broke every time I saw him. I never thought something like that could happen to us. ŌĆśWhy us?ŌĆÖ I wondered over and over again. I was heartbroken.ŌĆØ 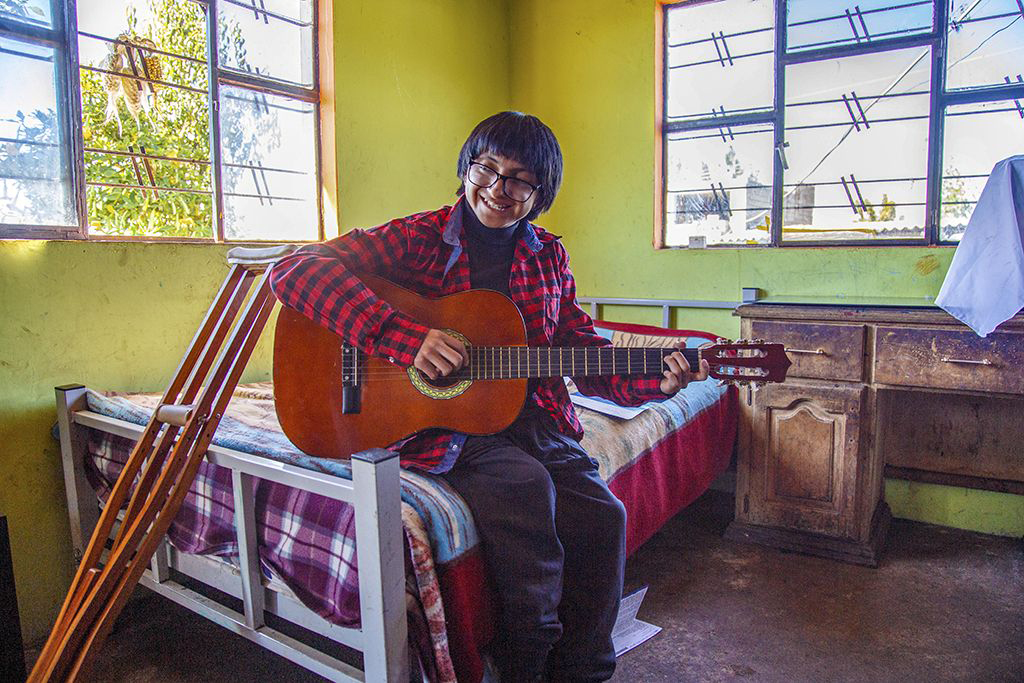 Alexis found hope when he joined the Compassion programme┬Ārun by his local church. Thanks to project funds, he had surgery to treat some of his bones.

Alexis also experienced GodŌĆÖs love through his sponsors, the Baker Family. When the Bakers found out about AlexisŌĆÖ situation, they started a relationship full of love and spiritual and economic support.

ŌĆ£My sponsors are like a second family to me,ŌĆØ says Alexis, now 16. ŌĆ£Every time I receive a letter, card or gift from them, my heart lights up. They always remind me how important I am to God and to them.ŌĆØ

You can empower a child like Alexis to overcome the challenges poverty and disability place in their path. Meet the children waiting for a sponsor today.┬Ā

Sponsor a child with an additional need

Fourteen years ago, Ariane could see. She wasnŌĆÖt born blind, but at age 4, she was found to have acute leukemia.

Immediately, ArianeŌĆÖs Compassion worker sought help from medical experts. The doctors said Ariane needed to undergo three years of chemotherapy to stay alive, and so began the long process of healing that would, after several years, leave Ariane blind. 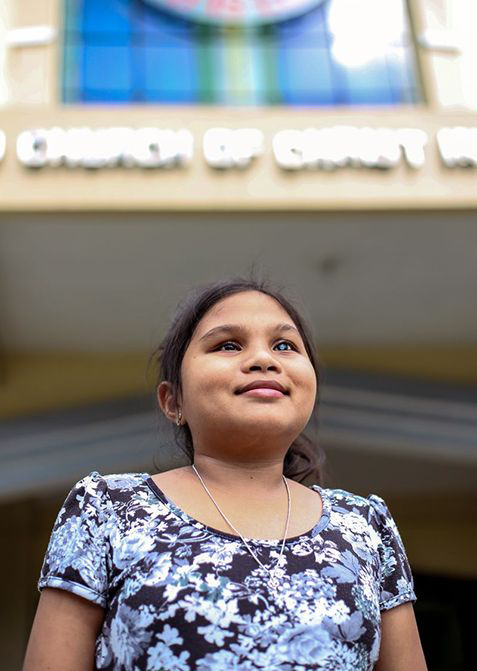 The doctors couldnŌĆÖt offer any explanation. They simply told ArianeŌĆÖs mother and Compassion child development worker that chemotherapy often does leave a permanent side effect, and thereŌĆÖs no way to predict what it could be. It all depends on how a patient reacts to the treatment.

I was so afraid when I began losing my sight. Things were fading to black, and soon I began bumping into things and hurting myself.

The young lady struggled with her new life in darkness. It wasnŌĆÖt easy. She was enrolled in a special school for children and teenagers with disabilities, thanks to help from Compassion. Her teacher understood just how difficult it was for a seeing person to become blind suddenly.

Ariane missed seeing things. She explains, ŌĆ£If given a chance to see again, I would like to see my family, the world.ŌĆØ

She felt sad, angry, and defeated ŌĆō but slowly, she became more comfortable in the┬Ānew school.

Ariane had a teacher who knew how to┬Āsupport children with additional needs, and she had new friends who were in a similar situation. 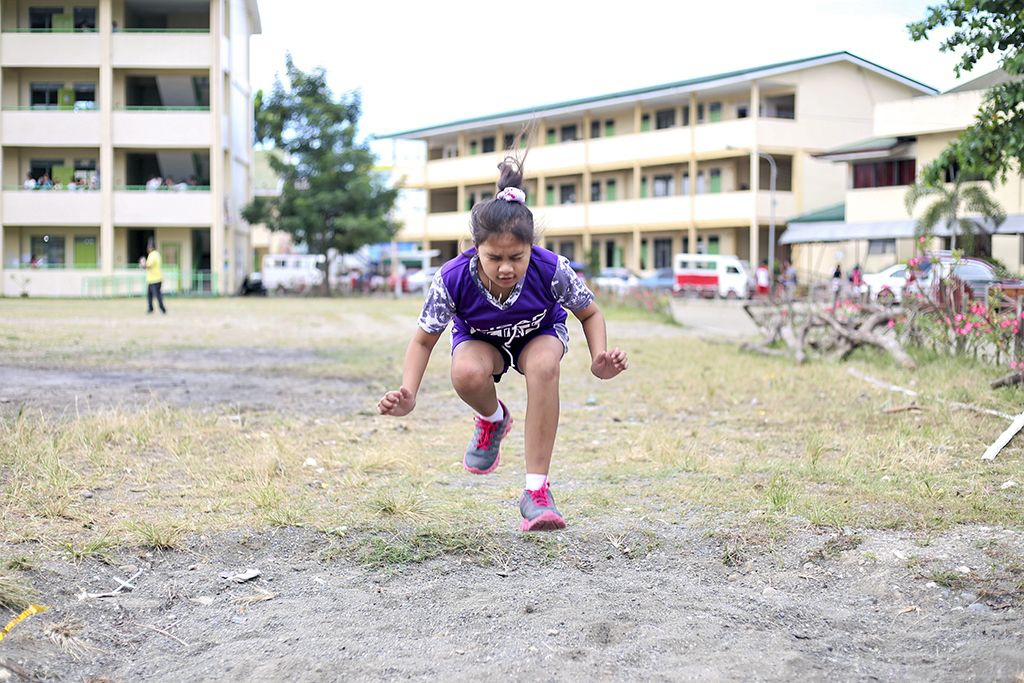 She slowly eased into her new life and was determined to figure out her purpose. She joined the schoolŌĆÖs athletics programme and represented her class in several running and long-jump competitions.

Ariane won a silver medal in long jump and competed in regional games that allowed her to travel to other cities and provinces. Ariane and her family are thankful to her sponsors, William and Donna Stacia.

ŌĆ£My sponsor gave me my most important possessions,ŌĆØ Ariane says, ŌĆ£a tablet with a talk-back function and rubber shoes for running and long-jump.ŌĆØ

Her mother couldnŌĆÖt be more grateful.

Marivic adds, ŌĆ£My daughterŌĆÖs sponsors helped pay for the chemotherapy and medicines. They have sent gifts through the years. Most of all I am thankful for their spiritual help. Our family knew they were praying when Ariane was sick.ŌĆØ

Why Now is the Time to Sponsor a Child

Could you sponsor a child today, and help them through this crisis and beyond?

COVID-19 And Your Sponsored Child: Your Questions Answered

As COVID-19 dominates the headlines, you may be wondering what this means for your sponsored child …

Our Sponsorship Rate is Changing to ┬Ż28 Per Month

15 of Your Most Loved Stories This Year

Discover how youŌĆÖve played a part in a global movement of compassion.