Committing to a charity is an important decision. With all of the choices available to you, it can seem bewildering. 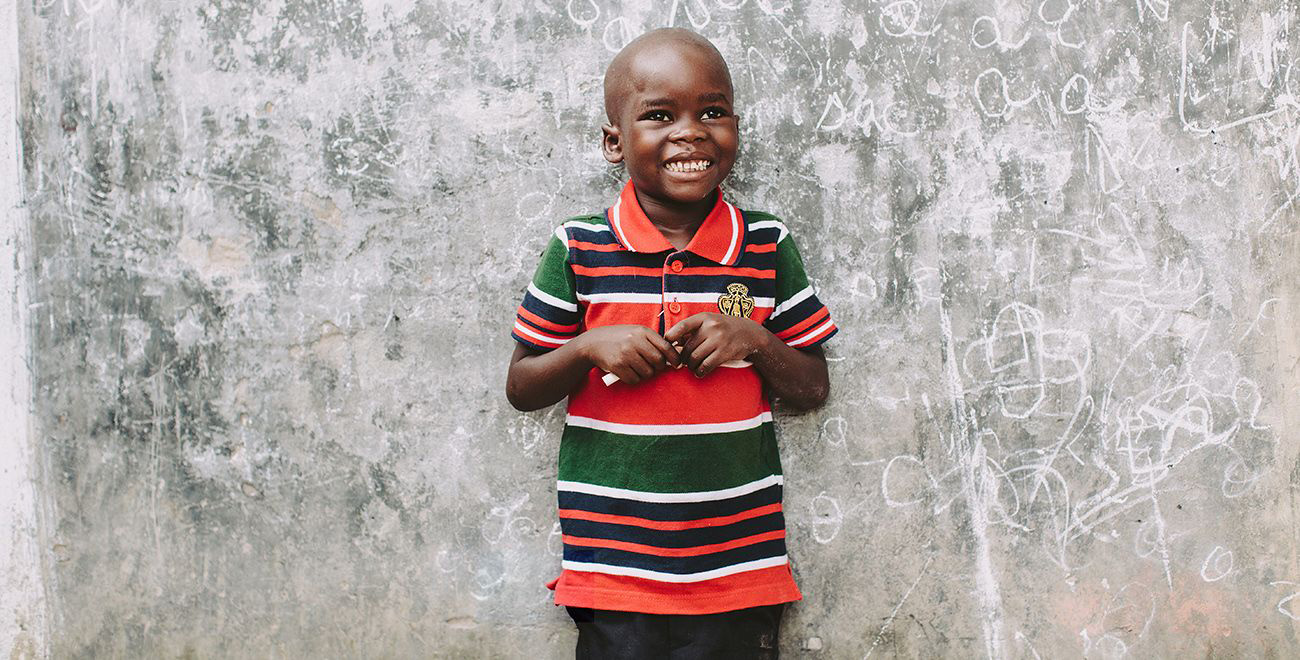 When you're trying to choose a charity to support, these questions are probably going through your mind:┬Ā

David and Esther shared these worries when they were looking for a charity to commit to in the long run. They wanted to support a charity who would┬Āput the majority of donations towards proven life-changing initiatives.

Here's the research and┬Āthought process that Dave and Esther went through before choosing to support Compassion:

Answering Your Concerns About Giving to Charity

ItŌĆÖs only natural to wonder if the funds you are giving to an organisation are actually making an impact.

David and Esther were concerned with these questions before they chose to become┬Ā Compassion child sponsors. "We wanted to support a charity with great integrity," Esther reflected recently with the Compassion team.┬Ā"One where you can be sure your money is going to make a great difference to others."

In their research, they discovered that: Compassion allocates at least 80% of their monthly sponsorship┬Ādonations directly for┬Ātheir sponsored childŌĆÖs development, such as food, clothing, and schooling.

"Compassion is so transparent," Esther added. "They do what they say they do. I've even been to their head-office where I was so blown away by the integrity of the organisation. Everything is focused on releasing children from poverty."┬Ā

Proven to Help┬Āin the Long-Term

Compassion has also conducted independent research to ensure that their┬Āsponsorship programme is proven┬Āhelp children overcome poverty, both in the short-term and the long-term.┬Ā┬Ā

David and Esther were so encouraged to learn that research conducted by Dr Bruce Wydick confirms that children sponsored with Compassion were more likely to finish primary and secondary school, as well as go onto employment and be community leaders.┬Ā

"The more I learnt, the more convinced I became that Compassion's child sponsorship programme is a great way that I can make a difference."

David Went One-Step Further (He Asked to See the Bookkeeping)

After becoming a Compassion sponsor, David took his research another step forward. He personally visited a Compassion project to meet his sponsored child.

"I can remember going to the project office and asking the project director, 'how do you manage and record what you spend from the support that comes in for the children?'

In response, he went up the wall, pulled down the file for Darwin, my sponsored child, opened it and there it was - a list of everything that had been spent on him. Every penny was properly accounted for."

Connecting Emotionally and Personally with the Charity You Support

Esther was most interested in knowing how she could personally connect with her sponsored child, and observe the positive impact that she was making as a sponsor.

In providing stability for her sponsored child, did it truly help that child to break the cycle of poverty in his or her family?

Were the sponsored children improving in both their education and practical everyday skills?

The Personal Letters Told the Story

The letters help you get to know your child, their family and how they're doing at school. It's just lovely. What's more, the children pray for you. I've been so blessed by the prayers of my sponsored children.

Each child would communicate how loved and safe they felt. They've gone on to thrive and become leaders in their families and communities. And Esther was joyfully there to witness and support the progress and growth of her sponsored children, documenting and celebrating each step!

From Loving Letters to Eye-Opening Visits 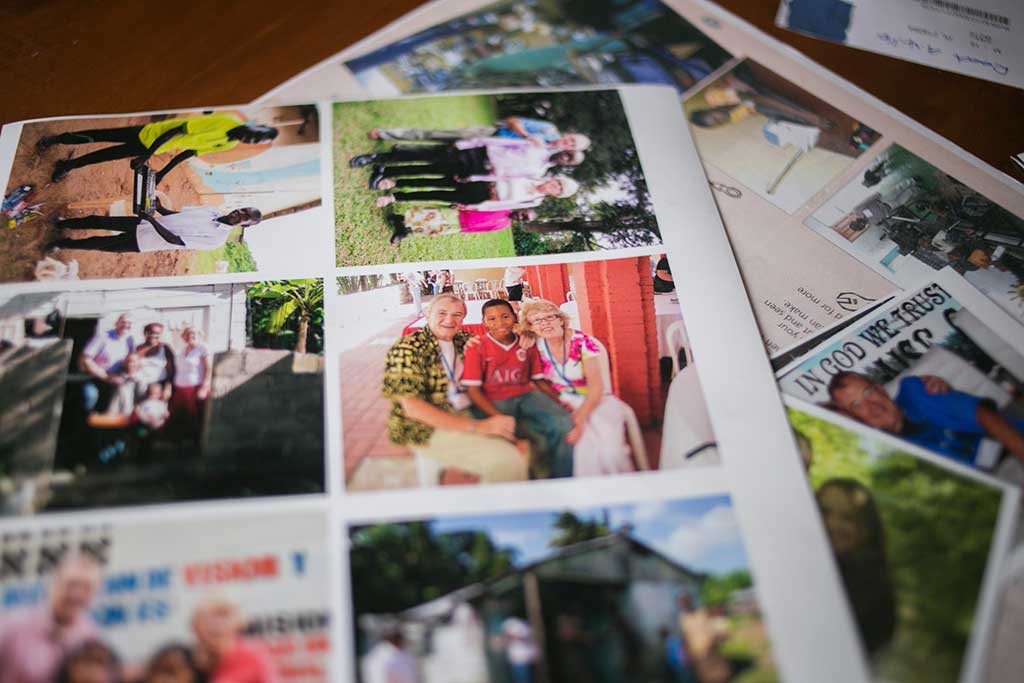 When Esther decided to personally visit her sponsored children, she found that everything written in the letters was true!

The children were in a safe and happy community. They were building friendships with their peers. Education, health checks, and┬Ānutritious meals were being provided┬Āwithout question.

Visiting was such a wonderful experience. The children's joy, love and exuberance at seeing you was amazing. We were so impressed with how the projects were being run. With great professionalism but so much love!

We witnessed the impact of our sponsorship first-hand - children being fed, singing together, learning lessons and being cared for in a safe community. For Compassion, my sponsored child isn't just a number, they're a real child who is known and loved.

Esther and David┬Āwitnessed the project staff showing children born into poverty the love of God. They saw how faith wasn't forced on anyone, but how the Compassion sponsorship programme demonstrates Christ's┬Āunconditional love and care to children in need.

The children that Esther sponsored were unquestionably growing to be healthy, happy, skilled, and empowered adults. For more than 13 years of sponsorship, Esther has seen how the children supported through the Compassion┬Āsponsorship programme grow to┬Ābring positive change to┬Ātheir local communities and end the cycle of poverty.

13 Years of Sponsorship and Still Going

David and Esther have been Compassion sponsors for more than 13 years, lovingly committed to helping children all over the worldŌĆōŌĆōfrom Colombia to Nicaragua, from the Dominican Republic to Bangladesh.

One thing that is clear to Dave and Esther is that through all the changes the world has undergone over 13 years, Compassion has remained a consistently outstanding charity that positively affects thousands of lives and hundreds of communities battling poverty.

ŌĆ£To show Compassion means to involve yourself with your heart. Caring for the situation that the other person lives in and not just to care for it but do something practical about making a difference in their lives,ŌĆØ David reflected.┬Ā

ŌĆ£By supporting even one child, youŌĆÖre doing something that will change her life. Her life will be marked for eternity by it and yours will too.ŌĆØ

Esther added, ŌĆ£Because I love Jesus and I know that He loves the poor, I want to do that in my small way.ŌĆØ

"Sponsoring a child is the most worthwhile you will ever do in your life. What can be better than empowering a child to come out of poverty? I for one donŌĆÖt know of anything better.

┬Ż28 a month can make an enormous difference to a child in need.

Will you join Dave and EstherŌĆÖs goal of getting 1000 children sponsored in their lifetime? A child is waiting for the simple outpouring of love and compassion in your heart.

Reflections on a Visit to Ghana

We had the opportunity to interview Bishop Ray Veira from House of Praise, Church of God of Prophecy, following his trip to Ghana.

15 of Your Most Loved Stories This Year

Discover how youŌĆÖve played a part in a global movement of compassion.

Get to know national treasure, and one of radio’s most loved voices, June Spencer.