Menu
Home >Pray & Connect > >As Christians, What Can We Do When Faced With The Reality Of Extreme Poverty?
+ 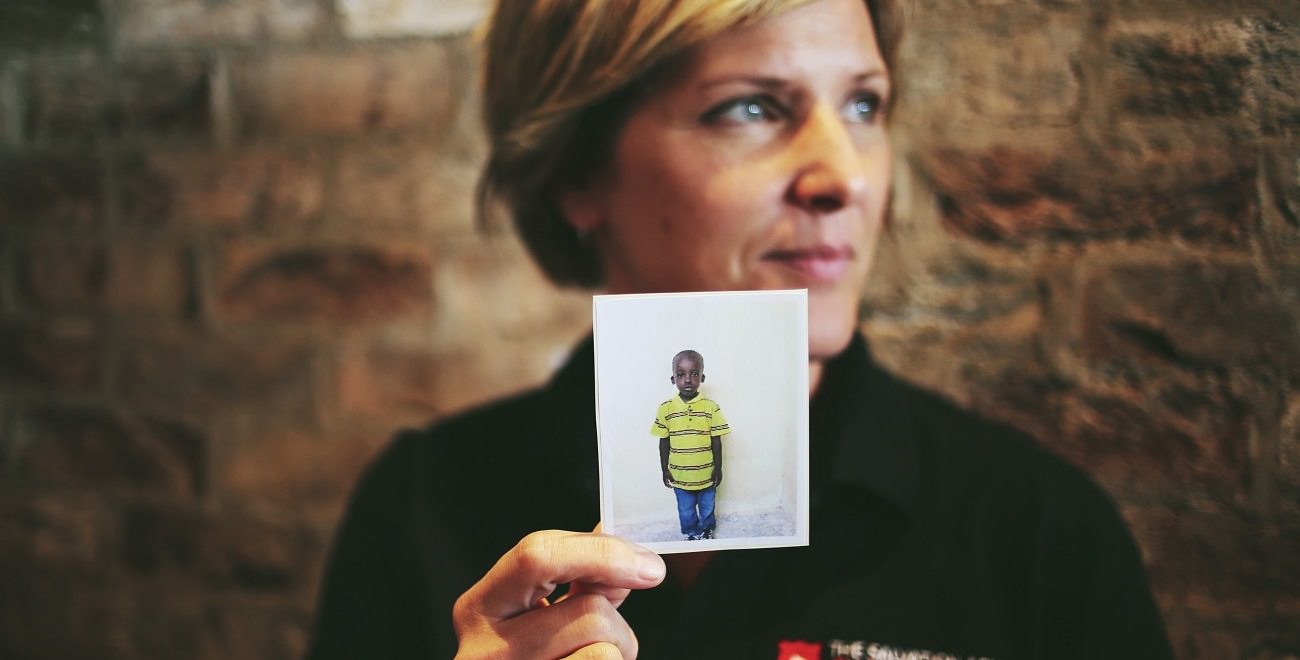 Danielle Strickland is no stranger to extreme poverty. As the co-founder of Stop the Traffic and Amplify Peace, she is on the front line in the battle against poverty and oppression, worldwide.

Working with Compassion UK as an Ambassador and Sponsor, Danielle recorded her life changing experience of meeting her sponsored child, Emerson, in the extreme poverty of Haiti.

Watch this unforgettable moment of love and justice, and learn more about how Danielle makes the choice to fight against extreme poverty, in Jesus' name:

Can one person really make a difference in the fight against poverty?

Jesus demonstrated that it can. He went to the one, He stopped for the one, He touched the one, He healed the one, He knew the name of the one. The child sponsorship model is powerful because itŌĆÖs choosing to see one individual. ItŌĆÖs like saying, ŌĆØEmerson, I see you. No one else does, other people might say youŌĆÖre one of those kids that doesnŌĆÖt have enough, but I choose to see you.ŌĆØ

GodŌĆÖs kingdom works one at a time; the lost son, the lost coin, the lost sheep. It is the nature of God Himself. I believe this one by one model can change the world.

Sponsoring a child is one vital step that can begin to rid the world of extreme poverty. And itŌĆÖs such a small and easy act, for those of us who have more privilege and wealth in the world.

Poverty revolves around a lack of choice

But that starts with you making the choice to help.

It's hard to face poverty, but Jesus calls us to be agents of change

Pay attention to the things that move you. That thing that irritates you, the news story that disrupts your day or the conversation you canŌĆÖt forget. Decide to tune in to what you canŌĆÖt ignore. What if those interruptions are God exposing the things he wants you to change?┬Ā

There is no changing the future without disturbing the present. - Catherine Booth

I think that a lot of people want a changed future without changing anything now - thatŌĆÖs impossible.

In the┬Ādeveloping world┬Āwe are in danger of a self-focused salvation so really my job is to be a bridge. I invite people to come out of comfortable backgrounds and encourage them to meet people even in Western contexts, which are supposed to jar them. 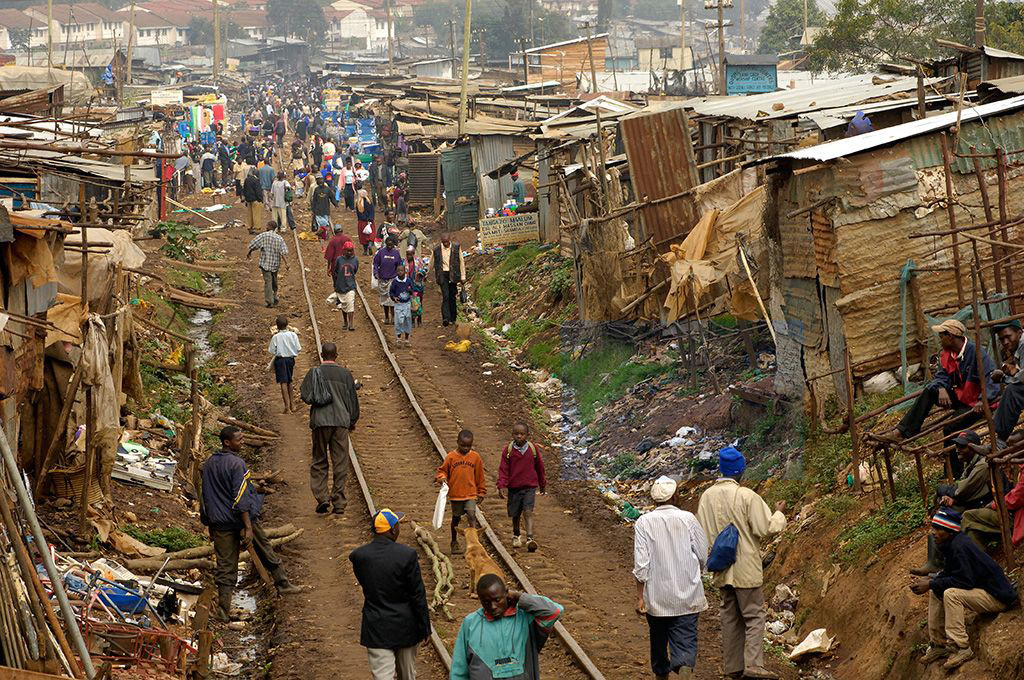 And then the question becomes,ŌĆ£Now what? Could we participate? What can we do?ŌĆØ

Action usually starts with a small step. In a Compassion context, it might start with sponsoring a child or it could be helping your kids to engage with poverty.

IŌĆÖve had a wonderful journey with my kids and sponsorship is where I have been able to really invite them into justice as kids. I share with them and say, ŌĆ£This is poverty, this child is just like you, living on the other side of the world and you guys can connect and have a friendship.ŌĆØ

If everyone took one small step, we could change the world. Will you take that step? 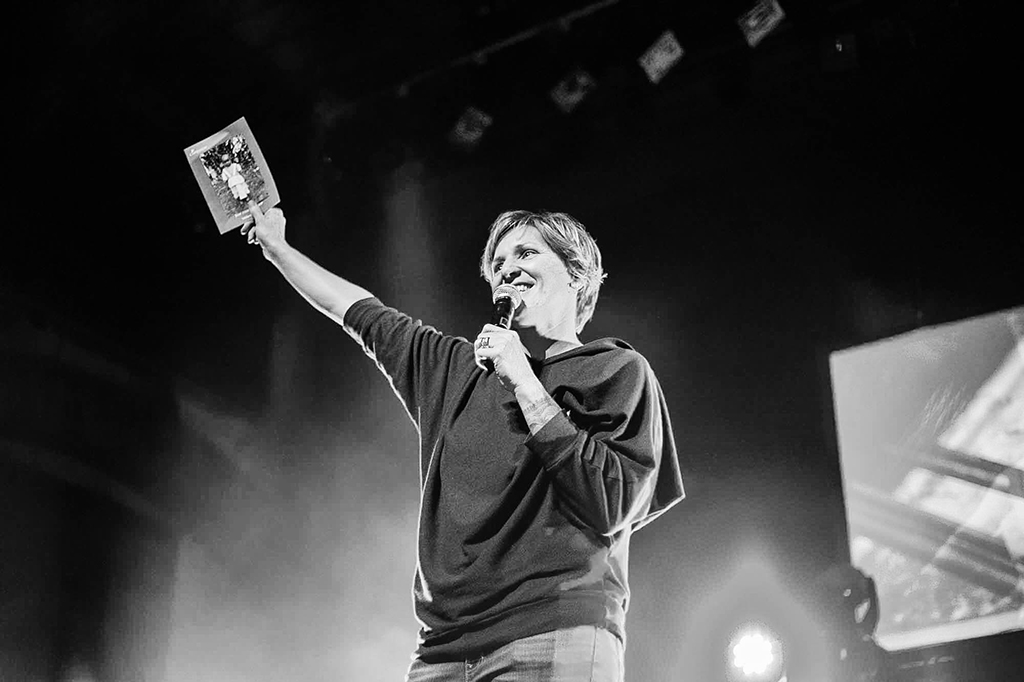 Challenge yourself, lean into the discomfort by learning more about the issue or cause that stirs you. Whether that is supporting refugees, getting to know your neighbours, donating to your local food bank, sponsoring a child, helping at a homeless shelter or praying for the persecuted church.

Do some research, discover the facts and connect with organisations who can face the discomfort with you. Being informed often takes away a lot of the paralysis and fear that so often holds us back.

People think that fighting injustice is for the experts or you need special qualifications.

We do this to poverty too, which is one of the reasons I love Compassion. ItŌĆÖs an accessible, ethical and relational way to engage in the issues surrounding poverty.

The answer to poverty is simply to share. We might think we need all the right knowledge, the exam grades or smart strategies. Start sharing what you have and see what happens.

In a few weeks, leaders from around the globe will gather in the UK for one of the most pivotal moment as we tackle climate change. HereŌĆÖs what you need to know about COP26, why it matters and how you can pray.

Girls and Computers: How Compassion is Helping Girls Conquer the Digital Gender Gap

Access to technology is crucial in this digital age. Yet women and girls are often excluded from it. For International Day of the Girl Child, Compassion explores the digital gender gap and how weŌĆÖre empowering girls to bridge it.

Compassion’s church partners are supporting children and families in the aftermath of the Haitian earthquake.

Pray for Haiti in the aftermath of the 2021 earthquake

Please keep Haiti in your prayers as the country recovers from the devastating 7.2 magnitude earthquake that has hit the country on 14 August.

A reflection from CompassionŌĆÖs Head of Global Programme, Sidney Muisyo.