Rwanda, the “land of a thousand hills,” draws tourists with its sweeping savanna, expansive lakes and wildlife. Many who call Rwanda home struggle to access basic healthcare and education. Compassion-supported children experience these realities daily. But at the Compassion project, there is hope. 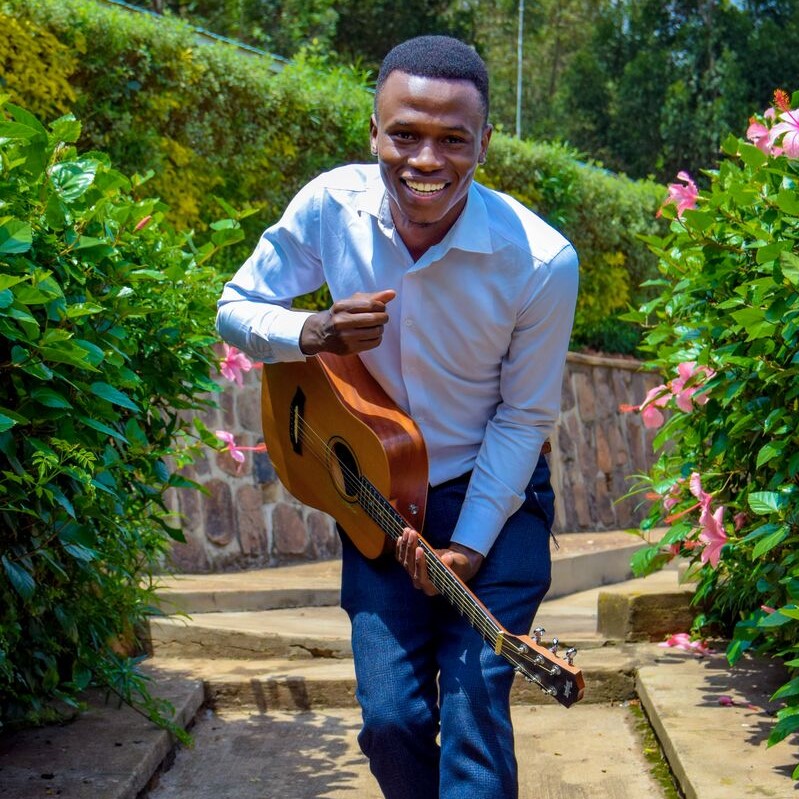 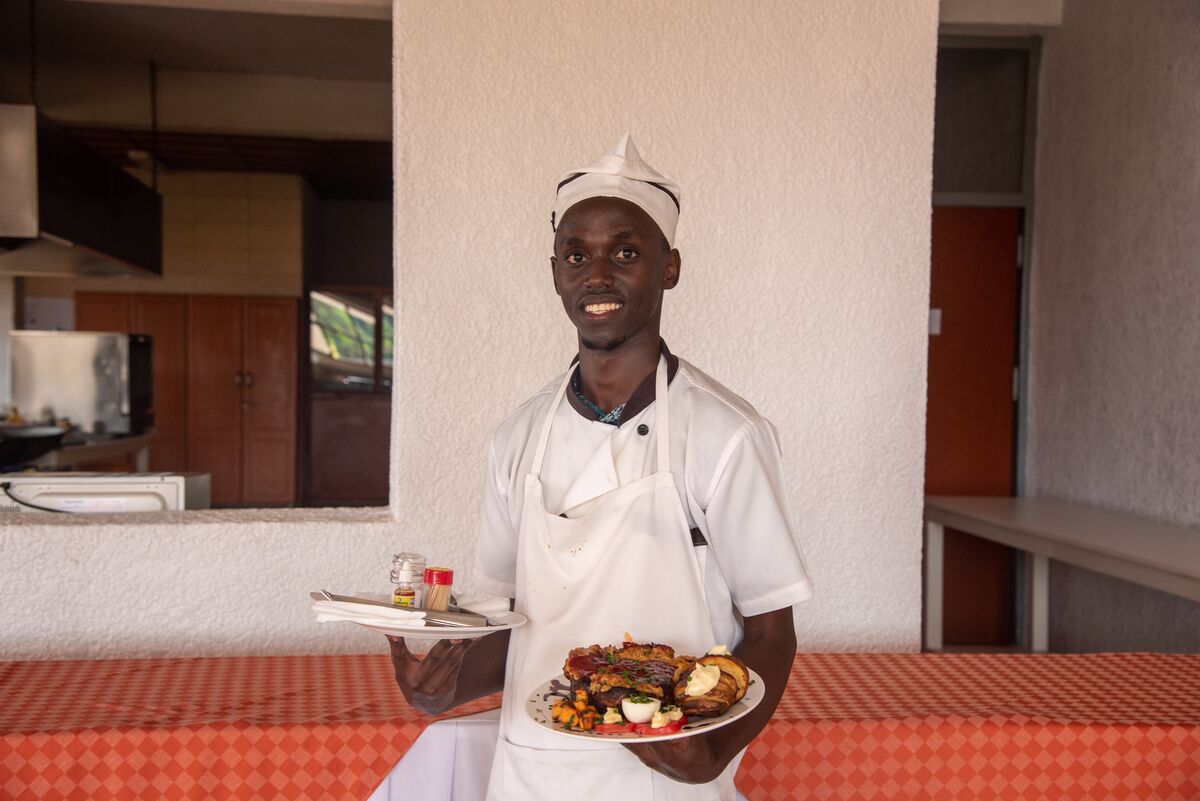 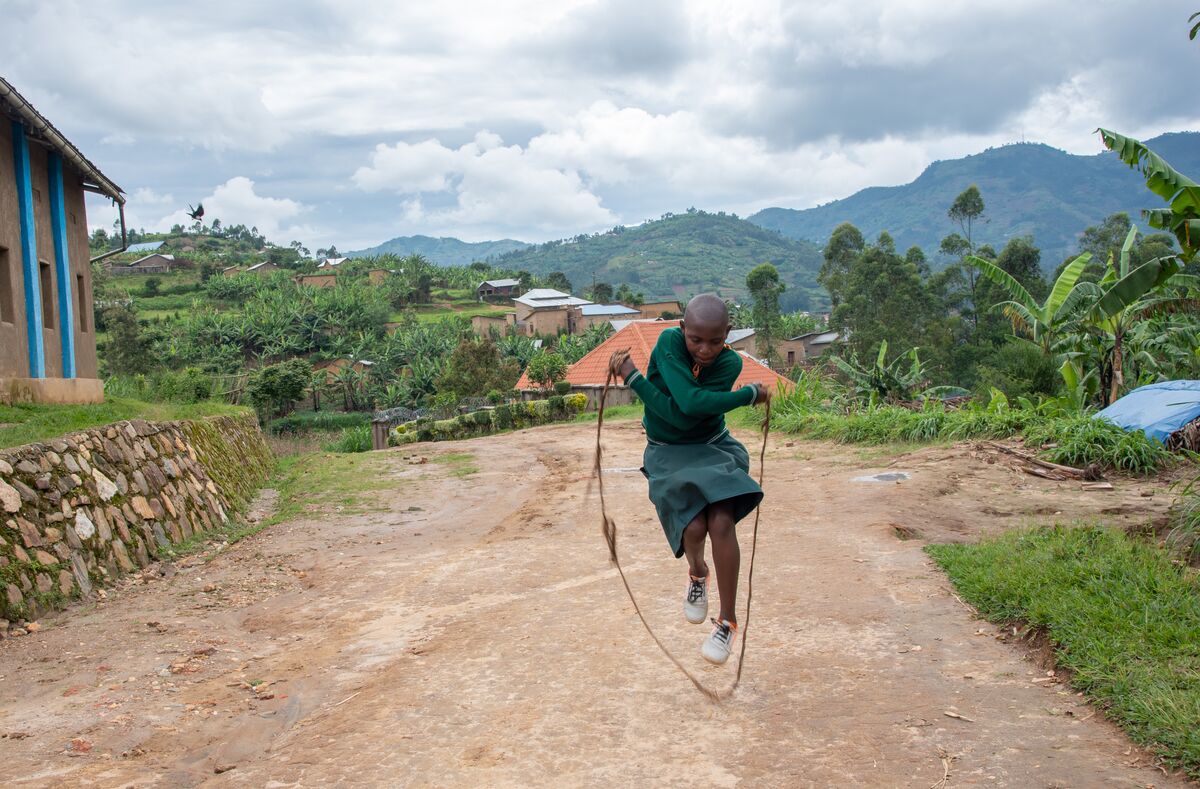 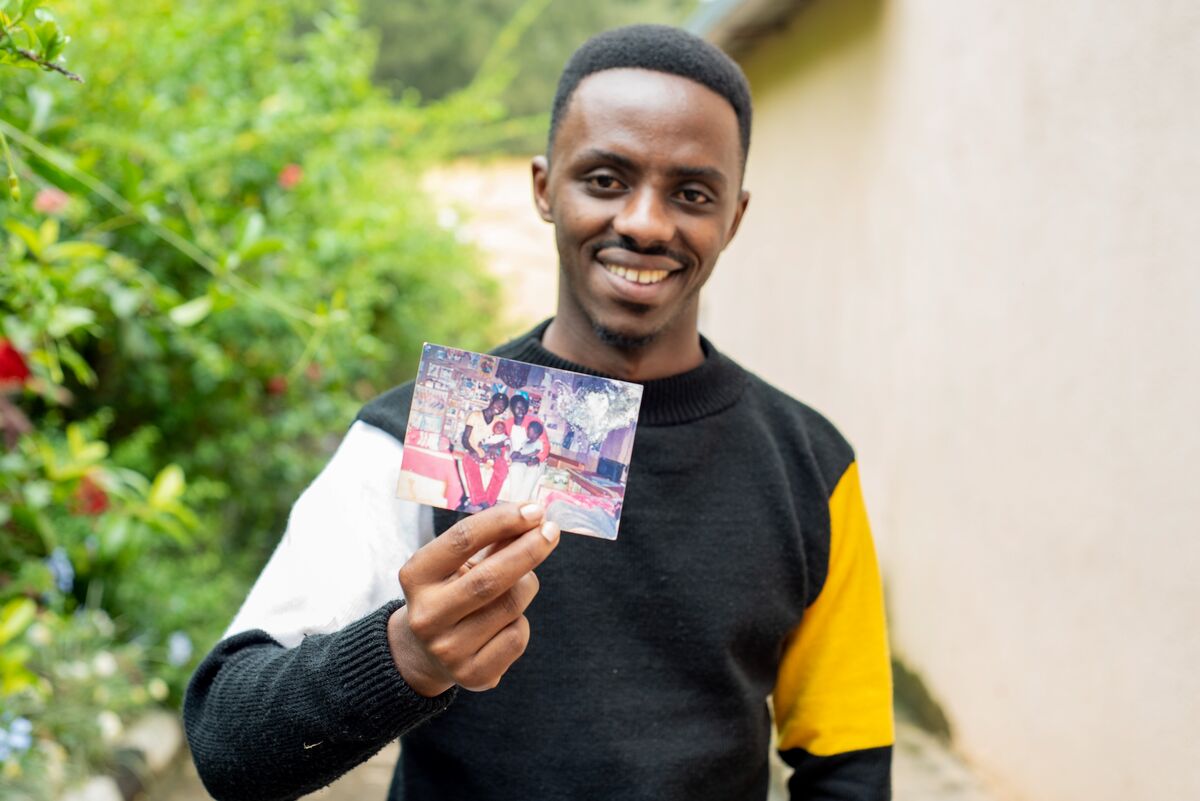 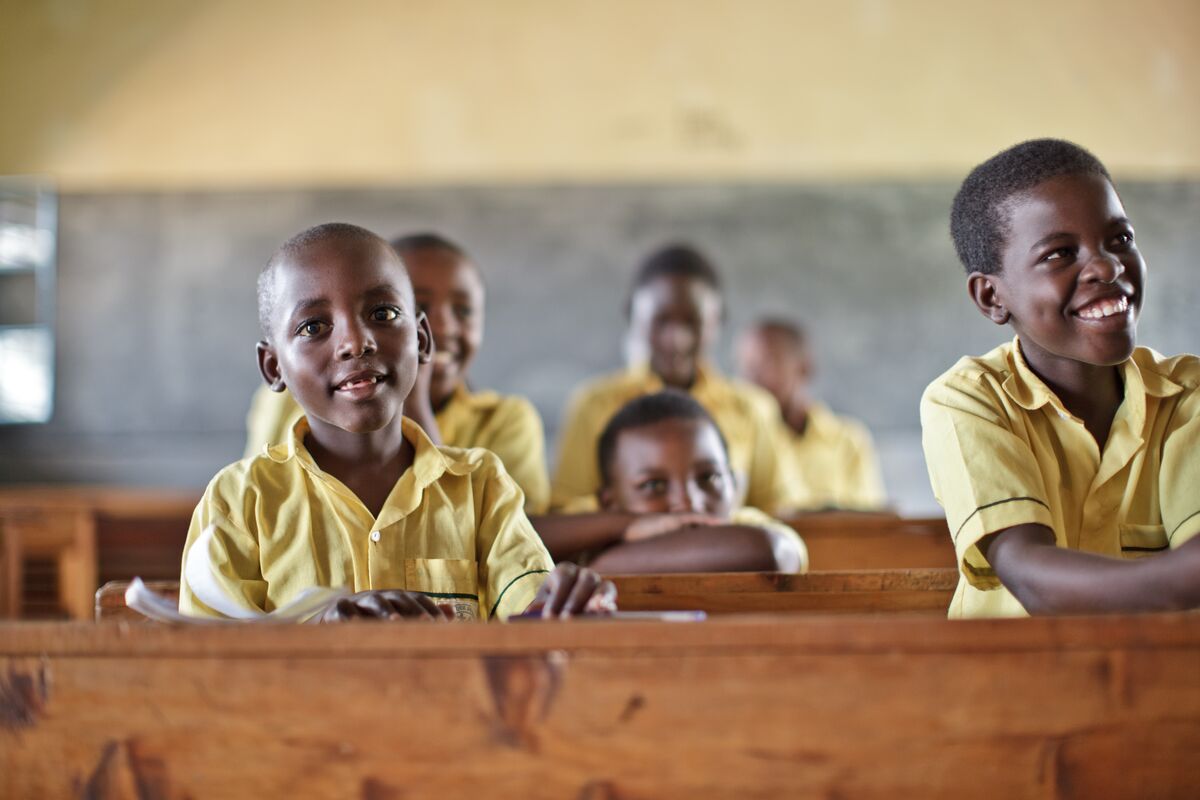 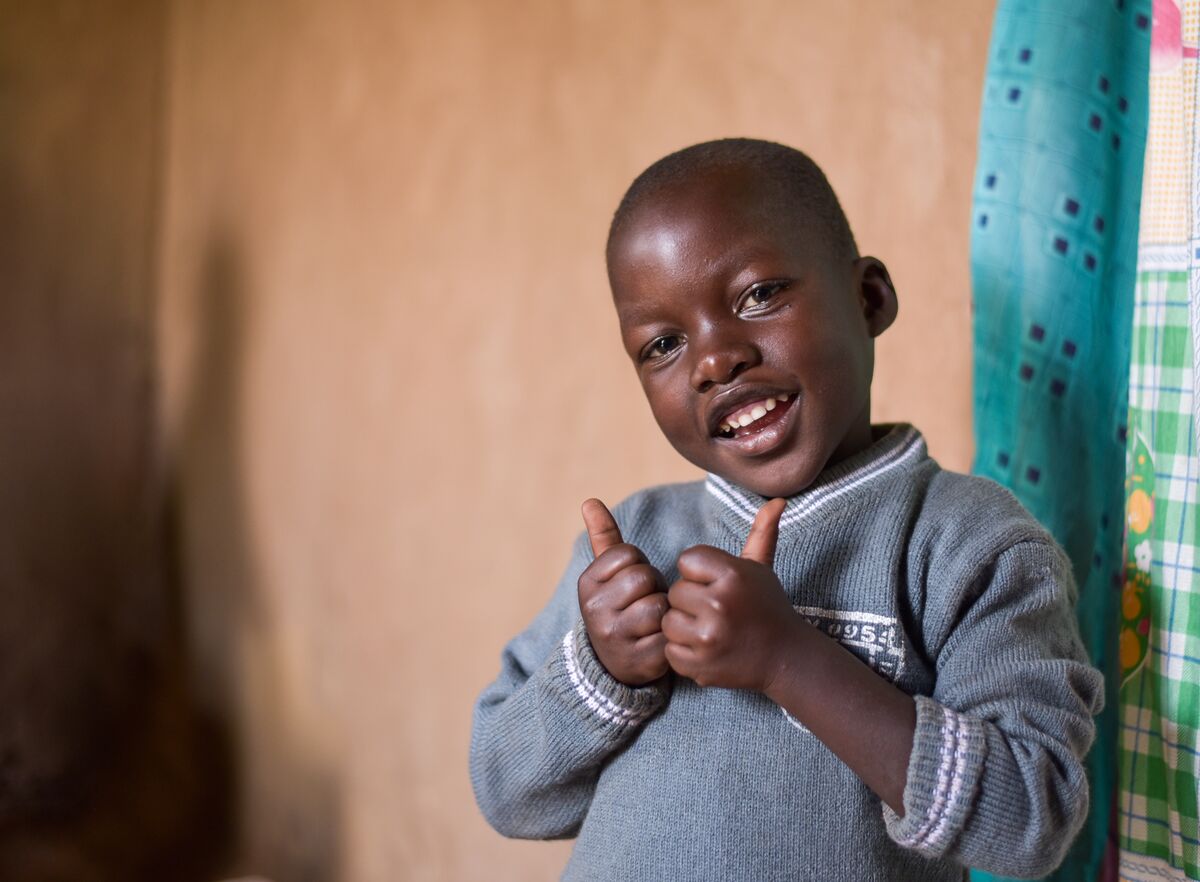 This video was released in July 2022.
If you've been inspired to sponsor a child from Rwanda, visit our sponsorship page.

God’s protection over vulnerable children and families in Rwanda

Endurance for staff and church partners ministering in communities

On the last Saturday of the month, the entire population of Rwanda participates in three hours of community improvement projects. The practice is called Umuganda.

Sponsor a child in Rwanda

Rwanda
Sponsor me
Search for children

Percentage of children under the age of 5 underweight: 7.7%

Religion: Approximately 44% of the population are Roman Catholic, 38% are Protestant, 2% are Muslim, 16% are of another/unspecified religion or none.

The land that now makes up Rwanda was initially settled by the Twa people, a hunter-gatherer group, closely followed by the Hutu people sometime between the 5th and 11th centuries.

The Tutsi people began settling in the area at the start of the 14th century, and a social hierarchy began to form where the Tutsi minority ruled over the Twa and Hutus. This persisted until the arrival of Europeans in the 19th century.

From the late 1800s to 1918, Rwanda was part of German East Africa before power shifted, and it was administered by Belgium until Rwanda gained independence in 1962. During this time, the traditional system of inequality between the minority ruling Tutsi and the Hutu was exacerbated.

In 1959 tensions grew, and the Rwandan monarchy was overthrown by a Hutu revolution. As a result, 300,000 Tutsi were forced out of the country, many were killed, and power was transferred to an all-Hutu provisional government.

Ethnic violence continued throughout the late 20th century. On 10 April 1994, the Rwandan genocide began with 100 days of terrifying and systematic slaughter. Every day, almost 10,000 people were killed, primarily Tutsi and some Hutu moderates. Many Rwandans fled across the border to escape the violence.

The genocide left huge scars on the country. 50% of the remaining population were children, more than 800,000 were orphaned, and 20,000 were in child-headed households.

Today, Rwanda has vowed to learn from the past and has developed a system of good governance, zero tolerance for corruption and promotion of gender equality. 56% of all parliamentarians are women, the highest proportion of female representation in the world.

Art
Rwanda has a rich history of storytelling, weaving and basketry. Historically, the skill of a person’s basket weaving was a way that families could express their social status. The indigenous group called the Pygmy Twa are renowned for their pottery.

Music
Rwandan musical instruments include homemade xylophones, stringed instruments and drums. Singing and dancing accompany important life events such as the birth of a baby, marriage, death, harvest, hunting, and the ceremonies that go with them.

Language
Kinyarwanda is the national language of Rwanda, and the first language of most people. Many people also speak French or English. Kinyarwanda: Mwaramutse. (Good morning.), Bite? (How are you?), Muraho (Hello), Witwande? (What's your name?), Nitwa ... (My name is ...), Murakoze. (Thank you.)

Sports and Games
Football is Rwanda’s most popular sport. Basketball and volleyball are also played by an increasing number of people in the country.

Rwandans value education highly, and parents see it as an essential step to a brighter future for their children. In sub-Saharan Africa, Rwanda is one of the top-performing countries in terms of education.

Although nearly every child enrols into primary school, only 71% of children complete their primary education. Classrooms are often too crowded, with an average of 62 students for every qualified teacher. Although there are relatively equal numbers of boys and girls in classrooms, girls are more likely to drop out of school.

When it comes to further education, far fewer girls are enrolled in technical, vocational, and tertiary education. The challenges are greatest in rural areas where access to teachers and resources is limited.

Approximately 44% of the population are Roman Catholic, 38% are Protestant, 2% are Muslim, 16% are of another/unspecified religion or none.

The Rwandan constitution allows for freedom of religion, and there is no state religion. The law requires religious groups and faith-based organisations to obtain legal status before they can operate. The law states that anyone who interferes with a religious ceremony or those who are conducting it can be imprisoned for up six months.

Students attending government-subsidised schools have the right to worship according to their beliefs during the school day, as long as their religious groups are registered in the country and the students’ worship practices do not interfere with their learning.

Meet Beatrice: foster mother to 15 children! She’s one legendary mum, and her story reminds us that we don’t need money to act with kindness. After surviving the 1994 Rwandan genocide, Beatrice believed God spared her life for a reason. “I made a vow to God that I would take care of vulnerable children. God protected me from the killers so that I could serve Him,” she says. With her biological children grown, Beatrice welcomed 12 orphaned or abandoned children into her home, plus her niece and two nephews. “She is a mother with a heart for the nation,” says Colette, a staff member at Compassion’s local church partner. Beatrice was empowered to start a tailoring business to support her family through Compassion’s Highly Vulnerable Child Fund. “Beatrice’s love for children teaches us every day that you don’t have to have much to take care of vulnerable people. She sacrifices all she has to see that the children get enough to eat and have a roof over their heads,” says Colette. “Above all, she teaches them that God loves them always.”

Meet Beatrice: foster mother to 15 children! She’s one legendary mum, and her story reminds us that we don’t need money to act with kindness. After surviving the 1994 Rwandan genocide, Beatrice believed God spare 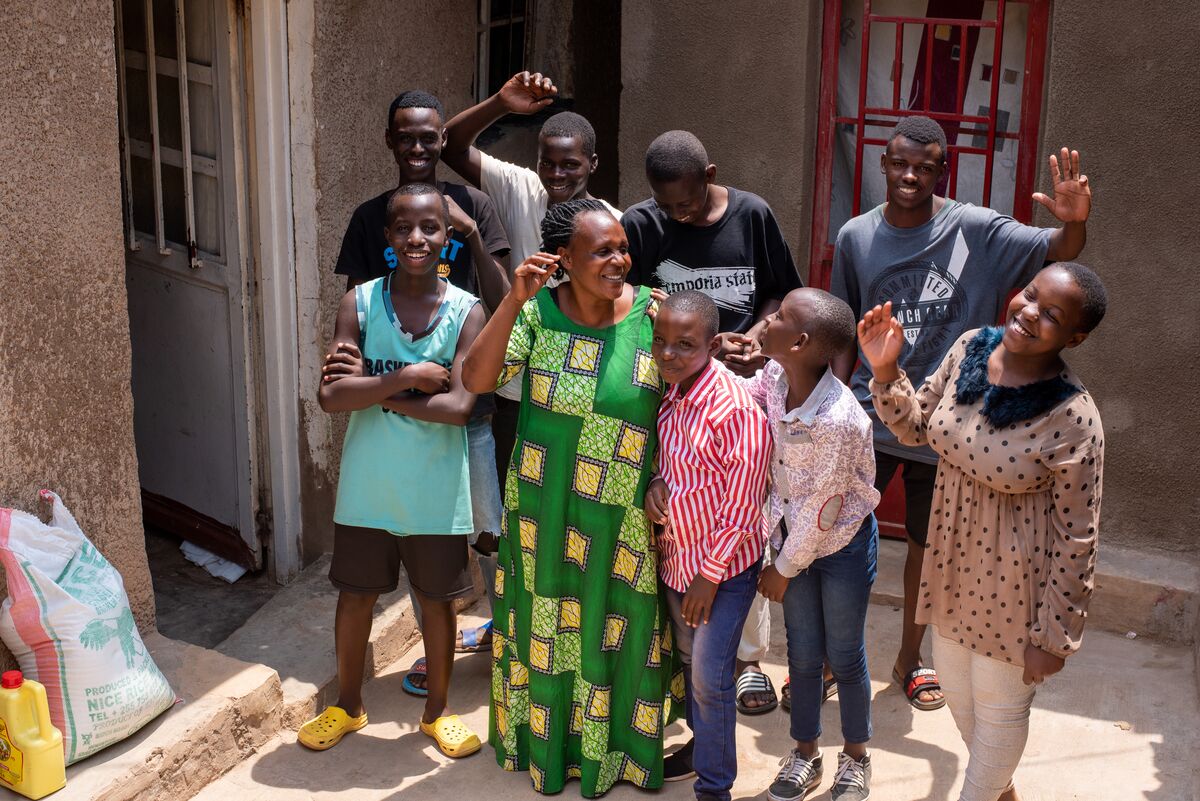