Made up of 7,000 tropical islands, many visitors to the Philippines call it paradise. Alongside the beauty, the nation's residents regularly experience the painful reality of natural disasters and social challenges. Compassion-supported children experience these realities. But at the Compassion project, there is hope. 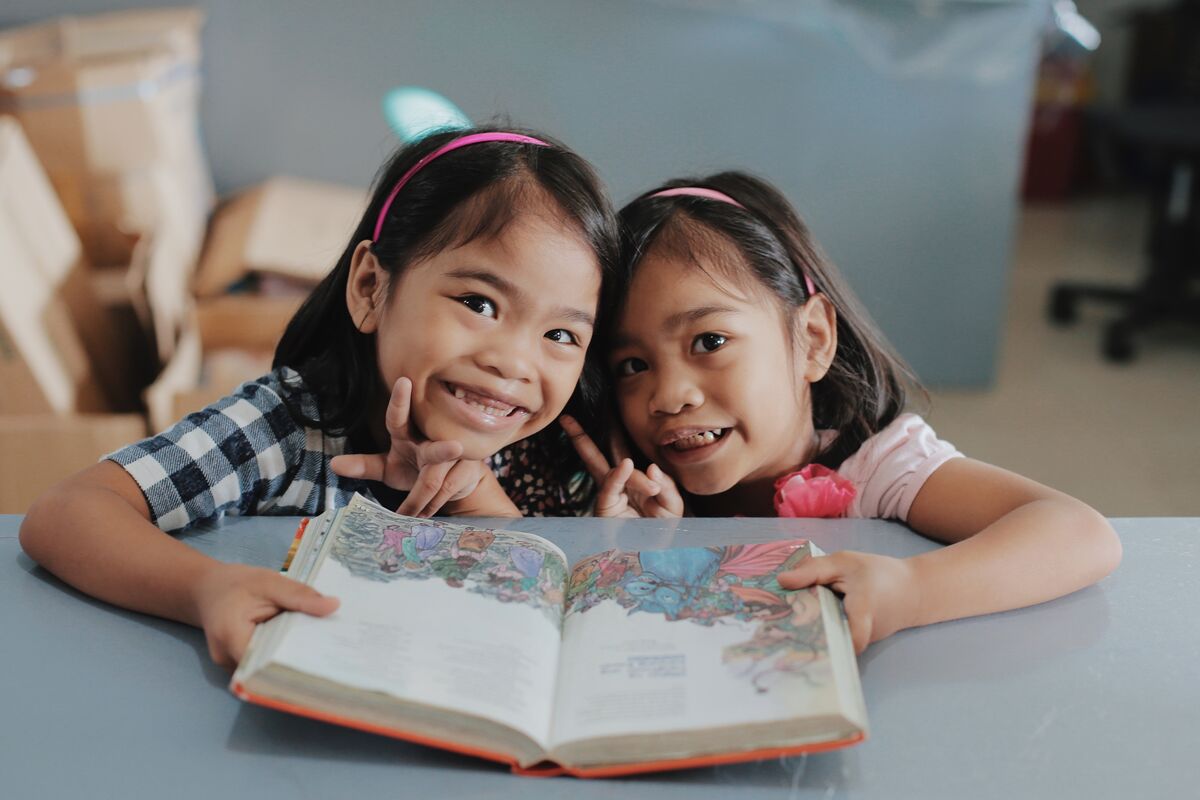 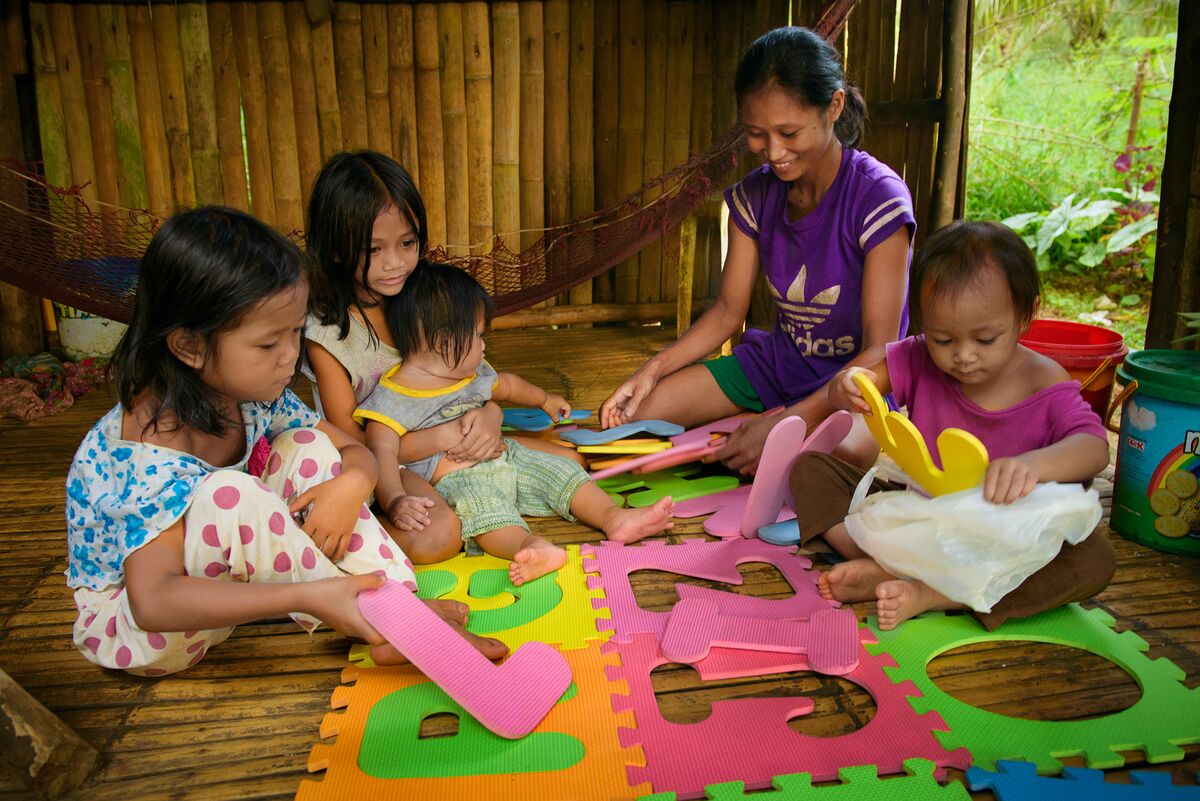 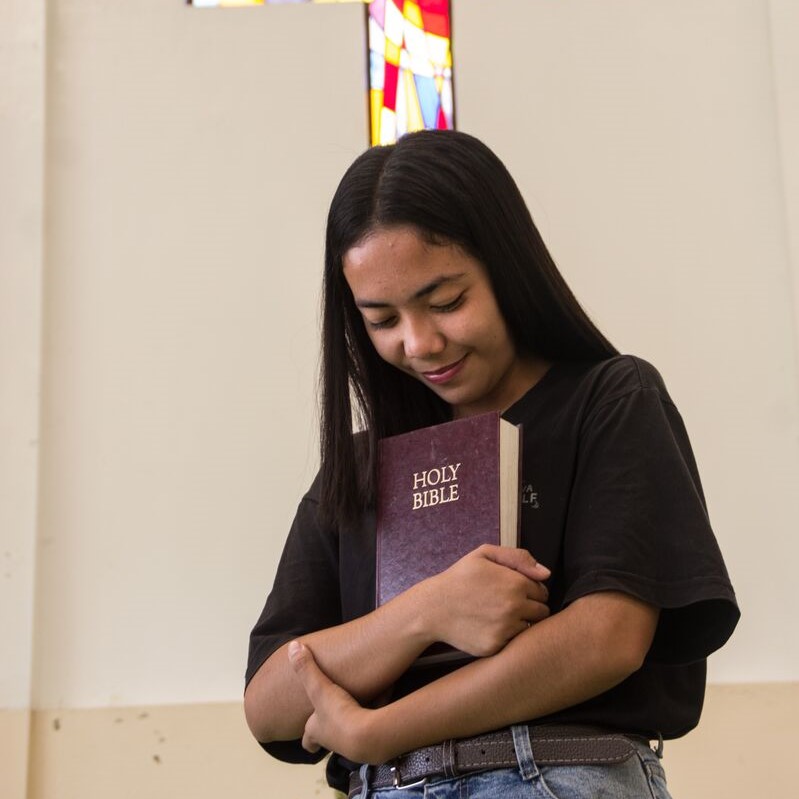 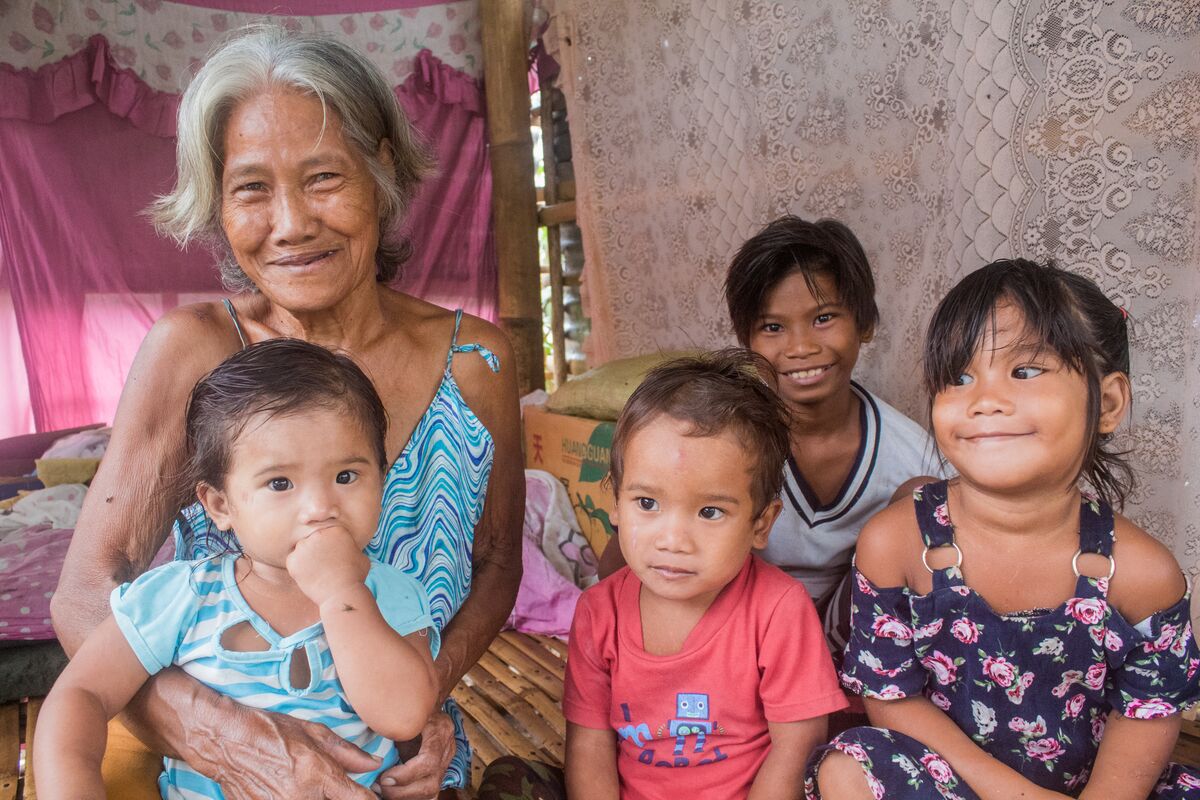 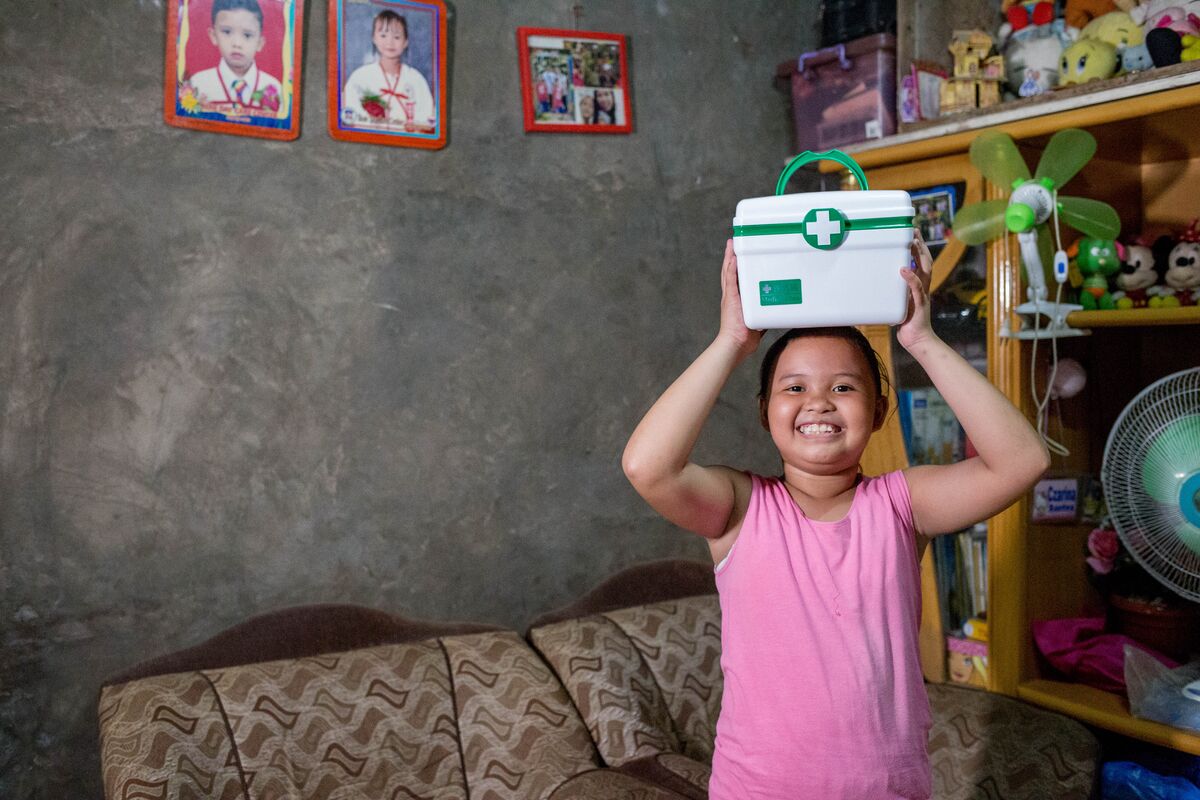 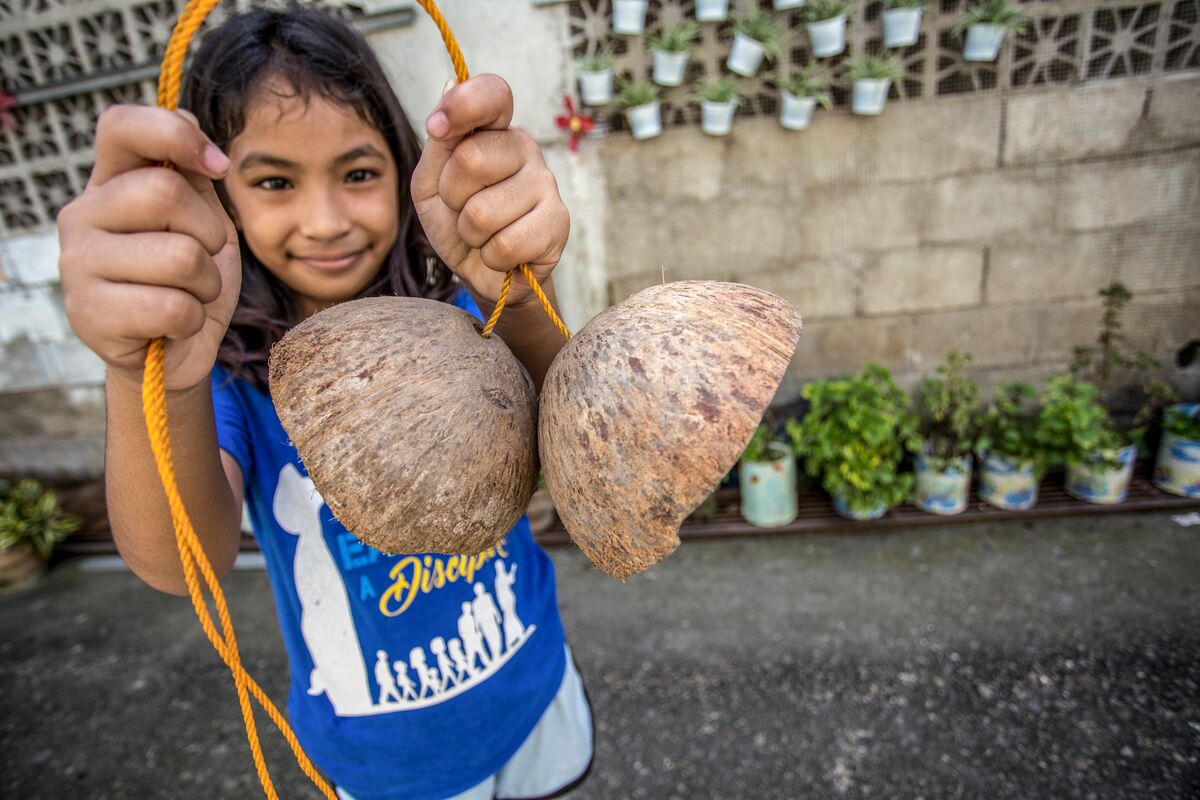 This video was released in July 2022.
The video refers to the challenges of online sexual exploitation of children (OSEC). Discover how Compassion local church partners are tackling this issue here.

Compassion staff seeking to serve their communities most effectively

The national dance of the Philippines is the Tinikling. Barefoot dancers imitate the movement of birds as they step quickly over and between bamboo poles.

Sponsor a child in Philippines

Philippines
Sponsor me
Search for children

Percentage of children under the age of 5 underweight: 19.1%

Religion: Approximately 79.5% of the population are Roman Catholic, 9% are Protestant, 6% are Muslim, 4% are of another/unspecified religion or none.

In ancient times the inhabitants of the Philippines were diverse people groups who arrived from across Asia. Contact with Chinese traders was recorded in 982, and there is still evidence of Southern Asian influences in the country.

During the 15th century, Islam was introduced to the island of Mindanao and the Sulu Archipelago through the island of Borneo. Another social change was instigated, and by the mid-16th century, two sultanates had been established, which took control of a number of smaller traditional barangays (traditional communities).

The Spanish arrived in the region around 1521. King Philip II (for whom the islands are named) dispatched three expeditions to the region before Miguel López de Legazpi finally established the first permanent Spanish settlement in Cebu in 1565.

Manila was founded as a Spanish city in 1571, and by the end of the 16th century, most of the coastal and lowland areas were under Spanish control. During this time, Catholicism spread across the country and by the 1800s, churches were responsible for overseeing public education.

The country gained independence from Spain in 1898 and was initially known as the “Malolos Republic.” November 1965 saw the beginning of the 21-year rule of Ferdinand E. Marcos. His presidency was marred by corruption and ended after widespread popular rebellion forced him into exile.

Music
Folk dances are popular, including tinikling – a traditional dance that evolved in the Spanish colonial era and involves a pair of dances using bamboo poles to beat out rhythms.

Language
Tagalog and Cebuano are the most spoken native languages in the Philippines spoken by around half the population. There are around 180 languages spoken in total throughout the country – including Visaya and Ilocano.

Sports and Games
Sipa (which literally means ‘kick’) is considered the national sport of the Philippines and is played by two to four people who pass a small rattan ball back and forth. It is typically controlled by the feet, but every part of the body, except the hands and arms, may be used. The unofficial national sport is basketball. It is so popular among Filipinos that virtually every district in the country has at least one basketball court. Among the other sports where the Filipinos have gained international recognition are billiards, 10-pin bowling, boxing and chess.

In the Philippines, the school year begins in June and ends in March. Primary and secondary education is provided free by the government, but many hidden costs exist. It’s quite normal for families to sell land and property to pay their children’s school fees.

While it’s compulsory for children to attend secondary school, many start dropping out around the age of 10 to support their parents due to these additional challenges.

According to UNICEF, only 78% of children complete basic education and the number of children out of school has reached 2.8 million.

Many schools lack even the most basic facilities such as clean water and toilets. It’s also a challenge to get qualified staff, so the quality of education varies across the country. The situation is particularly difficult for vulnerable children, those with disabilities and indigenous families in rural communities.

Approximately 79.5% of the population are Roman Catholic, 9% are Protestant, 6% are Muslim, 4% are of another/unspecified religion or none.

The constitution allows the population to freely practice the religion of their choice and prohibits the establishment of a state religion. The law treats intentional attacks of religiously affiliated buildings or facilities as war crimes or crimes against international humanitarian law.

Like many Compassion alumni, 23-year-old Aljon dreams of sponsoring a child himself. Since graduating from Compassion’s Child Sponsorship Programme in 2018, he has constantly thought of how he can give back. He is close to achieving his dream. In early 2019, he became a correspondent to two sponsored children, one in Thailand and another in Ethiopia, on behalf of their financial sponsors who are unable to write. “I decided to be a correspondent and hope to be a sponsor someday because that's what I have always desired in my heart, to give back,” Aljon said. He was overjoyed when he received the children's photos "because I remembered myself in them”. “They are part of my life now, and part of my prayers. My prayer to God, always, is for them to grow up living the purpose God has for them," he said. He grew up in a crowded, hillside squatters community outside of Manila in the Philippines. His parents were out of work, and the family often went without food. In 2003, at six years old, he was registered into the Child Sponsorship Programme and life changed. Today, Aljon works as an academic administrator for a language institute and helps to support his parents and younger sister.

Like many Compassion alumni, 23-year-old Aljon dreams of sponsoring a child himself. Since graduating from Compassion’s Child Sponsorship Programme in 2018, he has constantly thought of how he can give back. He i 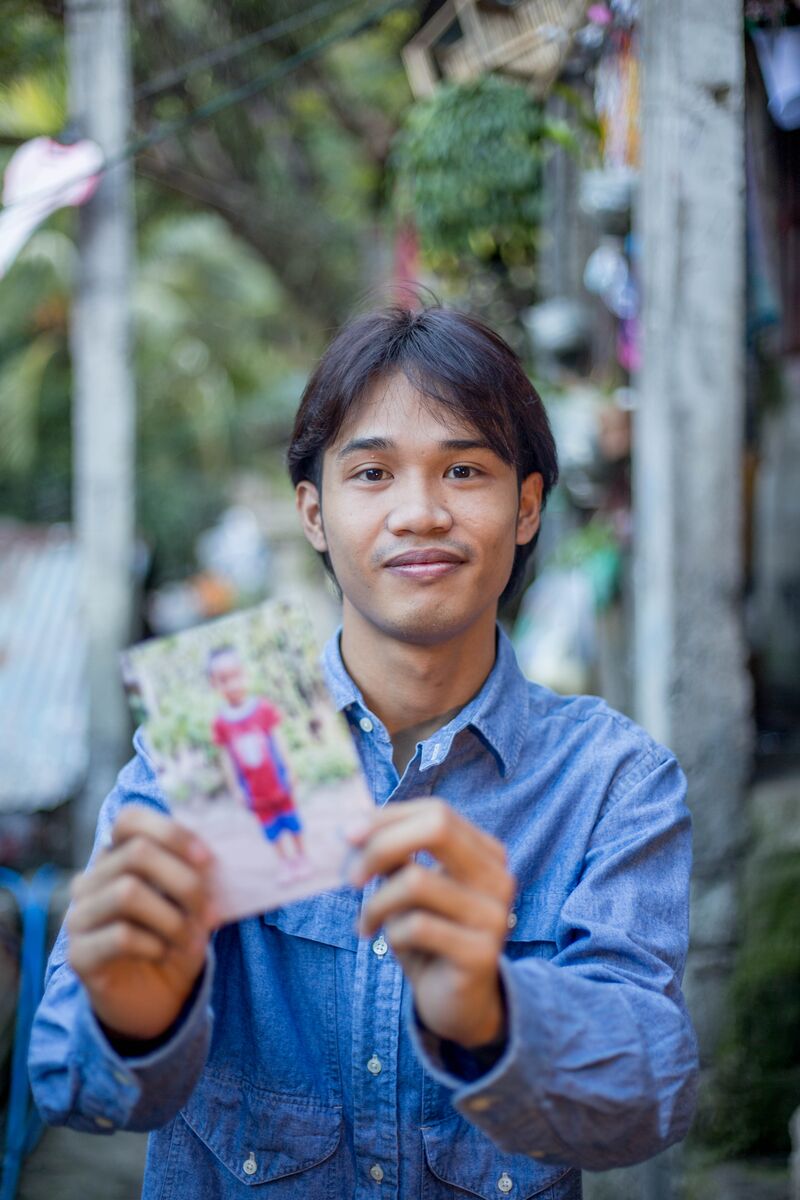