Peru’s attractions include the Amazon rainforest and the ancient city of Machu Picchu. Despite a wealth of natural beauty, Peru is home to areas of entrenched poverty where many children struggle to fulfil their potential. But at the Compassion project, there is hope. 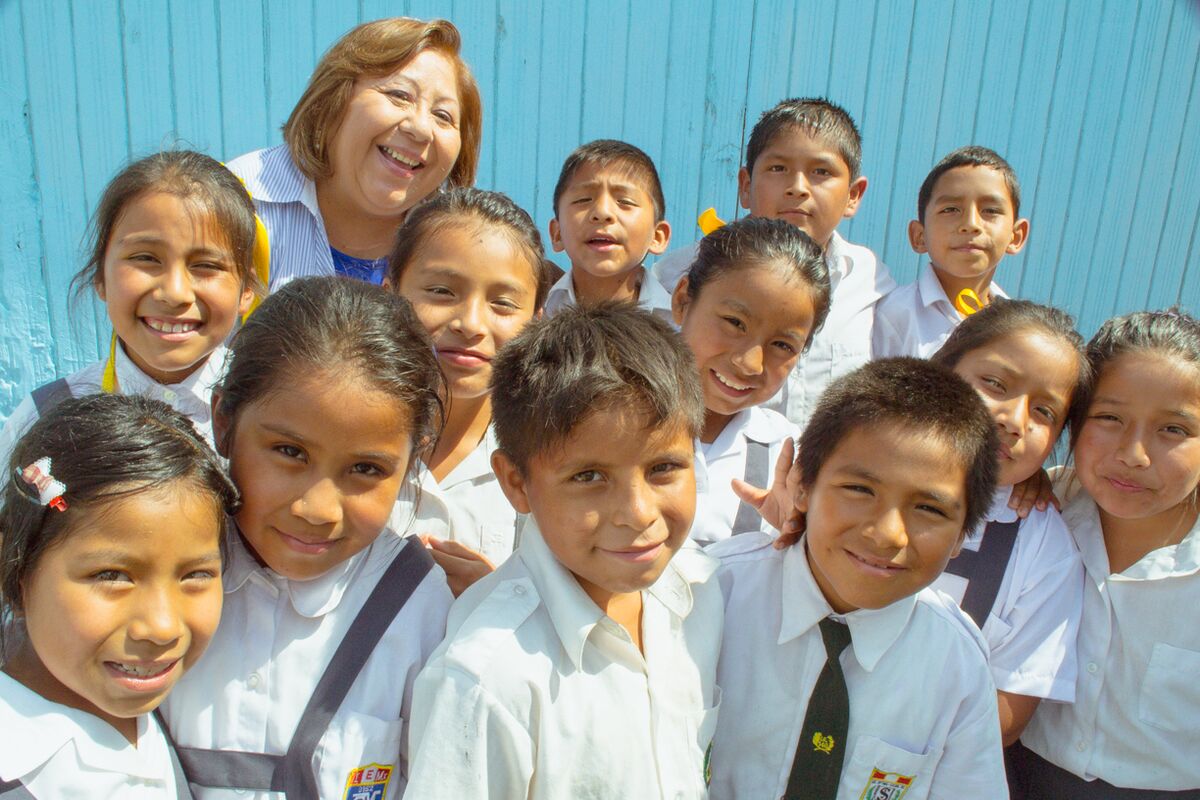 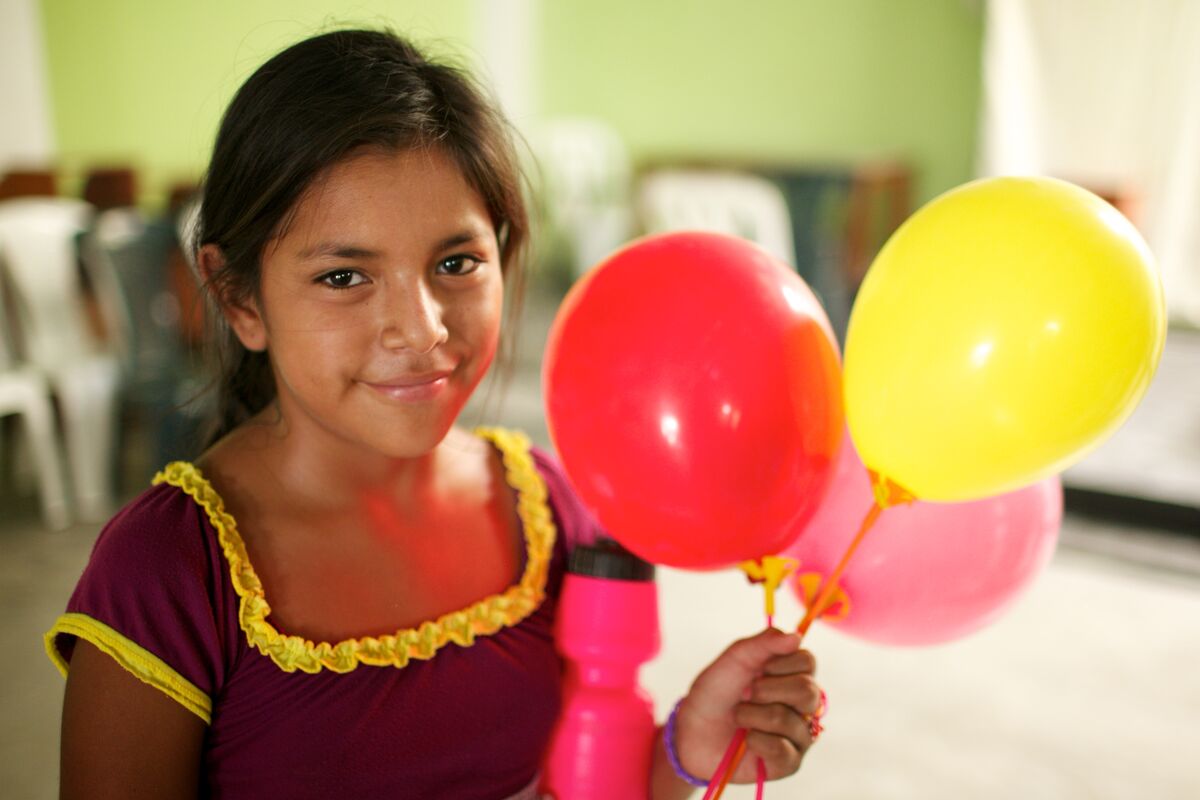 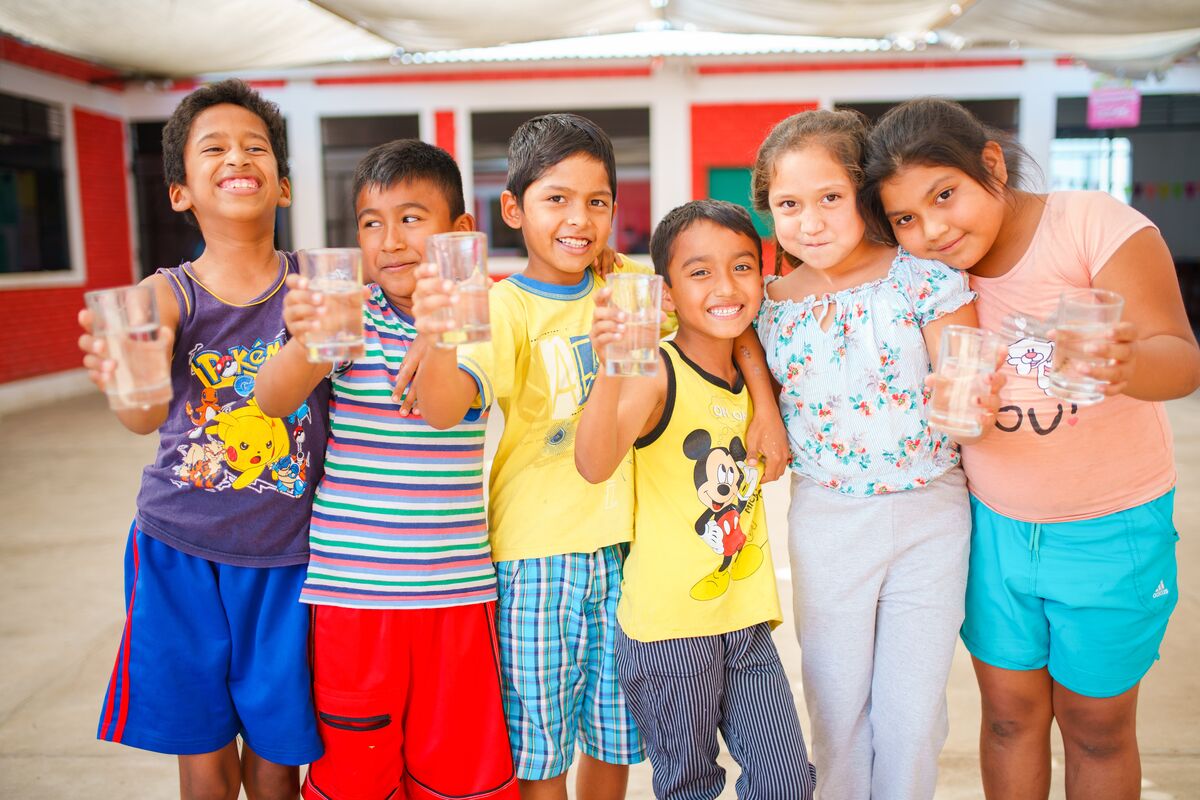 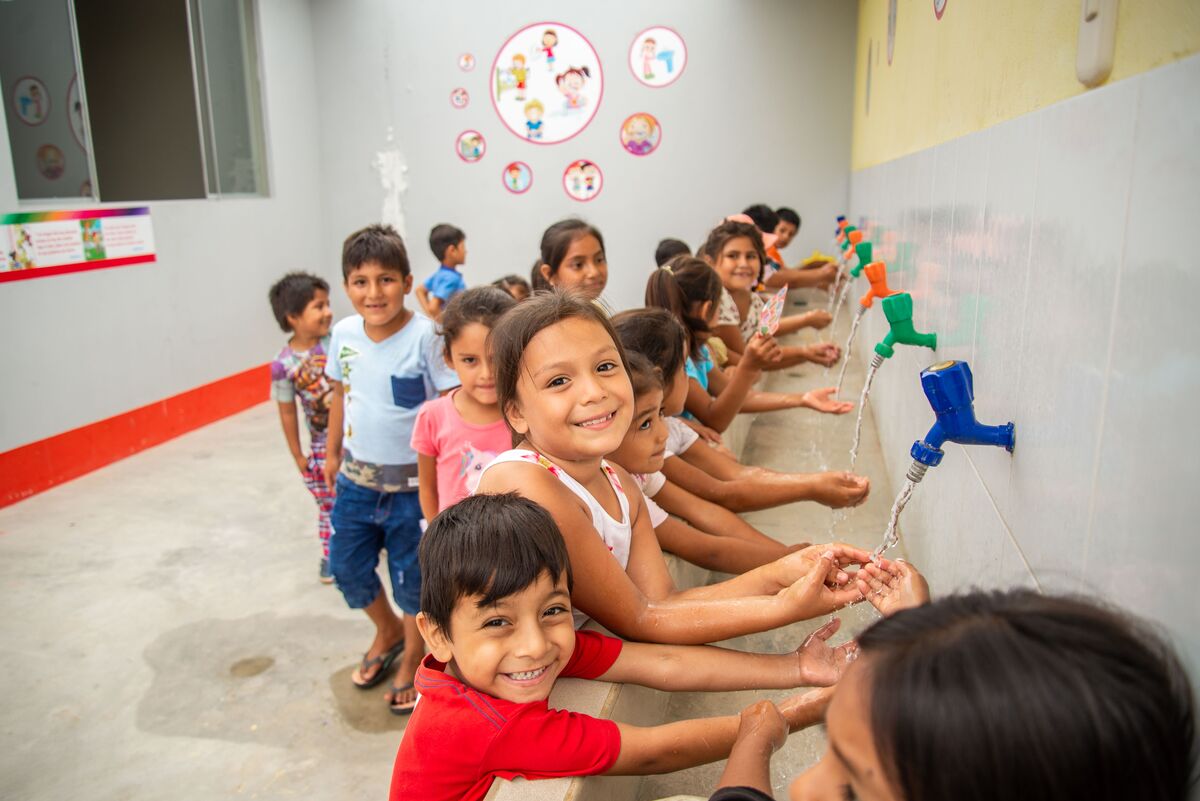 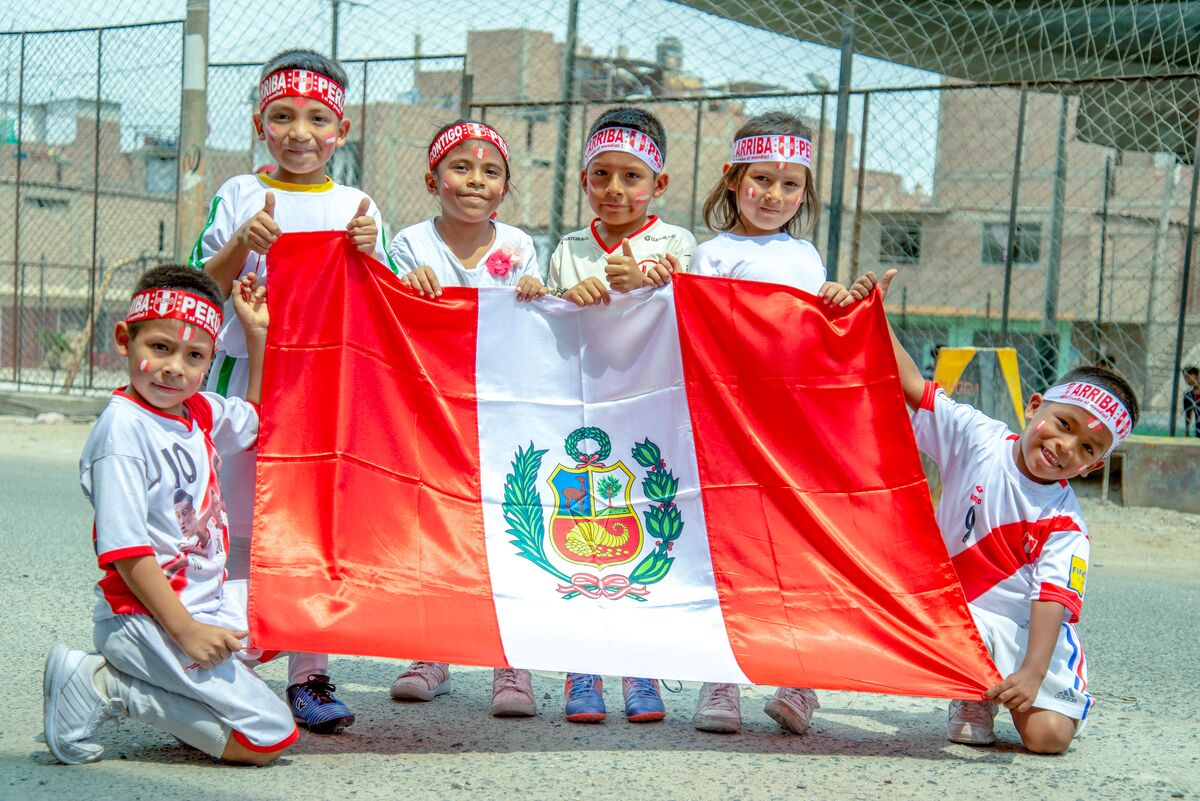 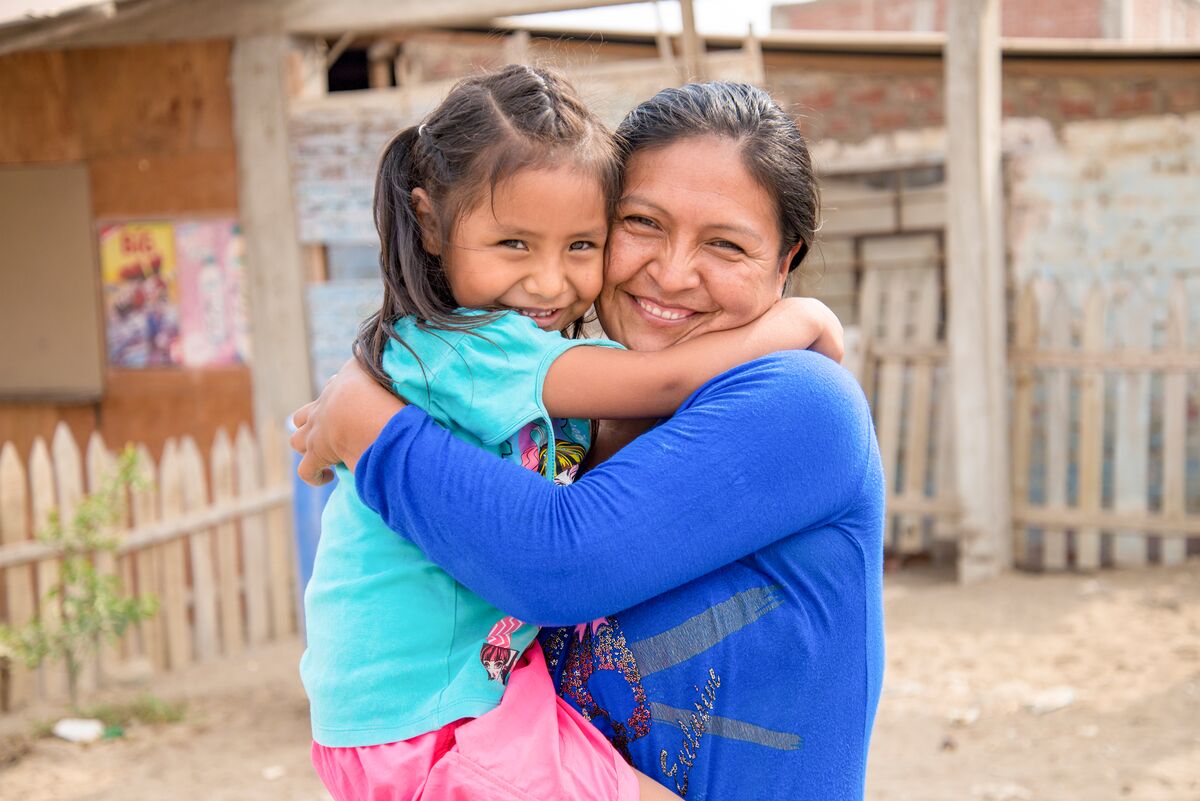 This video was released in July 2021.
If you have been inspired to sponsor a child from Peru, visit our sponsorship page.

God to do immeasurably more through the local church

God’s protection over vulnerable children and families in Peru

Wisdom and strength for those in positions of leadership in Peru

Peru is home to Machu Picchu — a mysterious city built high in the mountains by the ancient Incans. Today, Machu Picchu is considered one of the seven wonders of the world.

Sponsor a child in Peru

Peru
Sponsor me
Search for children

Percentage of children under the age of 5 underweight: 2.4%

Religion: Approximately 76% of the population are Roman Catholic, 14% are Protestant, and 10% are of another/unspecified religion or none.

When the Spanish arrived in Peru in 1531, the country's territory was the centre of the highly developed Inca civilisation. Centred at Cuzco, the Inca Empire extended over a vast region from northern Ecuador to central Chile.

The Spanish had captured the Incan capital at Cuzco by 1533 and consolidated their control by 1542. Gold and silver from the Andes made the conquerors rich, and Peru became the principal source of Spanish wealth and power in South America.

The arrival of the Spanish reduced the indigenous population to almost one-fifth of its previous size, with the introduction of European diseases, overworking and malnutrition to blame. The Spanish dominated the indigenous people and society, dividing rural agricultural zones into encomiendas, which ensured the best farmland belonged to a minority of wealthy owners who exploited the local population with forced labour.

Emancipation was completed in December 1824, when General Antonio Jose de Sucre defeated the Spanish troops at Ayacucho, ending Spanish rule in South America. Spain made futile attempts to regain its former colonies, but in 1879 it finally recognised Peru's independence.

After independence, Peru and its neighbours engaged in intermittent territorial disputes. Following a clash between Peru and Ecuador in 1941, the Rio Protocol sought to establish the boundary between the two countries. In late 1999, the governments of Peru and Chile likewise finally implemented the last outstanding article of their 1929 border agreement.

Art
Peru has a wide variety of indigenous Indian art forms, including neighbourhood theatres and literature by authors such as the world-renowned Mario Vargas Llosa.

Music
“Andean Blues” is a music style that has grown from the mountain communities. Its beautiful, melancholic style tells stories of poverty and social justice. Romantic songs are also popular in Peru. Marinera and tondero are romantic styles of Peruvian folk music that hail from the northern coast. Meanwhile, festejo is an Afro-Peruvian lively style of music that typically recalls the hardship of those brought to the country as enslaved people. More recently, the Peruvian opera singer, Juan Diego Flores, has made a name for himself worldwide, with many calling him Pavarotti’s successor.

Language
Around 84% of Peruvians speak Spanish, the official national language. Quecha is the second most commonly spoken language, followed by Aymara. Both have official status.

Sports and Games
Generally speaking, Peruvian boys play football, and girls play volleyball. Surfing is growing in popularity among more affluent communities in Lima and on the northern coast of Peru.

Typical Foods
Typical Peruvian foods include ceviche (fish and seafood marinated in lemon juice with spices and onions), rice, beef, pork (baked or fried with spices), potatoes, corn and fruit. Since potatoes were first discovered in Peru, they form the basis of many dishes enjoyed across the country.

The typical school year runs from April to December. Although free education is compulsory for children between the ages of six to 16, in reality, even public schools charge registration fees, and families need to buy uniforms, books, school supplies and pay for transport.

Many children living in poverty or in rural communities are simply unable to cover the costs. UNICEF estimate that 383,000 children under the age of 12 are out of school, and more than 643,000 are at risk of dropping out.

It is particularly challenging for children who live in remote locations in the Amazon jungle or high Andean towns. Here, there is both a lack of infrastructure and resources and teachers. Children are also required to help families with farming and other chores – so education takes a back seat.

Between 2012 and 2018, the Peruvian government received significant funding to increase the capacity and capability of the Ministry of Education. During that time, Peru achieved near-universal primary education, tripled access to preschool education, and raised the secondary school enrolment rate.

However, there is much more to do. Ensuring low-income and vulnerable children access to good-quality basic education is key to the country's future productivity and helping families improve their quality of life.

Approximately 76% of the population are Roman Catholic, 14% are Protestant, and 10% are of another/unspecified religion or none.

The constitution bars discrimination based on religious affiliation or belief and provides for freedom of conscience and religion. While the church and the state are seen as separate entities, the government recognises the historic importance of the Roman Catholic Church.

The Catholic Church automatically receives benefits such as tax exemptions, visas for religious workers, and the opportunity to serve as military chaplains. Other religious groups must apply for such privileges, an issue that is often raised by the Interreligious Council of Peru.

All schools, public and private, must provide religious education at primary and secondary levels. Public schools teach Catholicism, and the Ministry of Education requires the Catholic bishop within an area to approve the public schools’ religious education teachers. Parents may request that their children are exempt from these classes.

The law requires all employers to allow their employees to have time off to celebrate the religious days and holidays of their faith.

Jheymi lives with her grandma, Filomena, in Peru. Jheymi’s Compassion project ran a workshop to teach families to cultivate a vegetable garden at home. Just look at what they’ve grown! Once a pile of weeds and dirt, their garden is now something to be proud of. Filomena explains, “They taught me how to make furrows for irrigation, to lay out the beds correctly and how to fence the plants with nets to protect them.” Not only does the garden provide them with fresh, organic vegetables such as lettuce, corn, beetroot, celery, papaya, spring onions and avocado, they can sell what they don't ear to others in the community. This income is so valuable as Filomena recently lost her job. Filomena smiles and says, “The people at the centre have always been kind and loving towards us. They’re very good people…thank you for everything!”

Jheymi lives with her grandma, Filomena, in Peru. Jheymi’s Compassion project ran a workshop to teach families to cultivate a vegetable garden at home. Just look at what they’ve grown! Once a pile of weeds and di 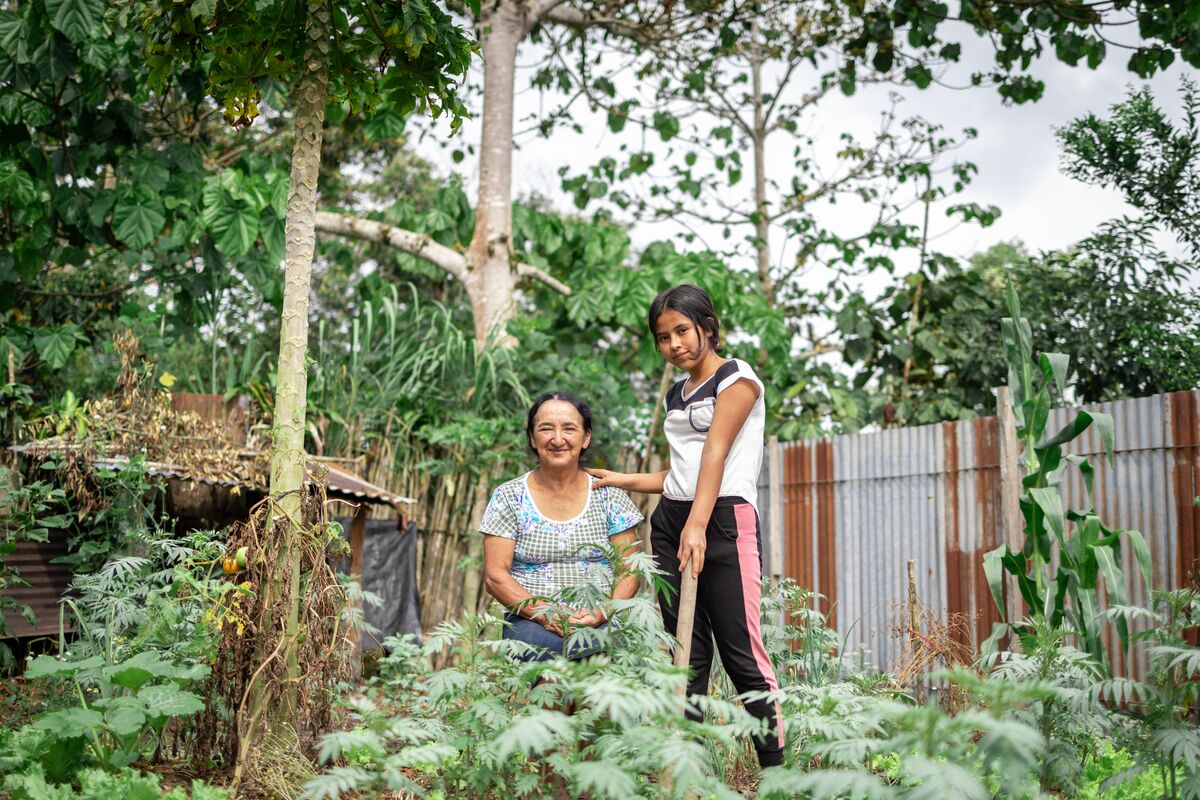