Volcanoes, beaches and tropical wildlife are Nicaragua’s greatest attractions. The country also struggles with widespread poverty and low school attendance. Compassion-supported children experience these realities daily. But at the Compassion project, there is hope. 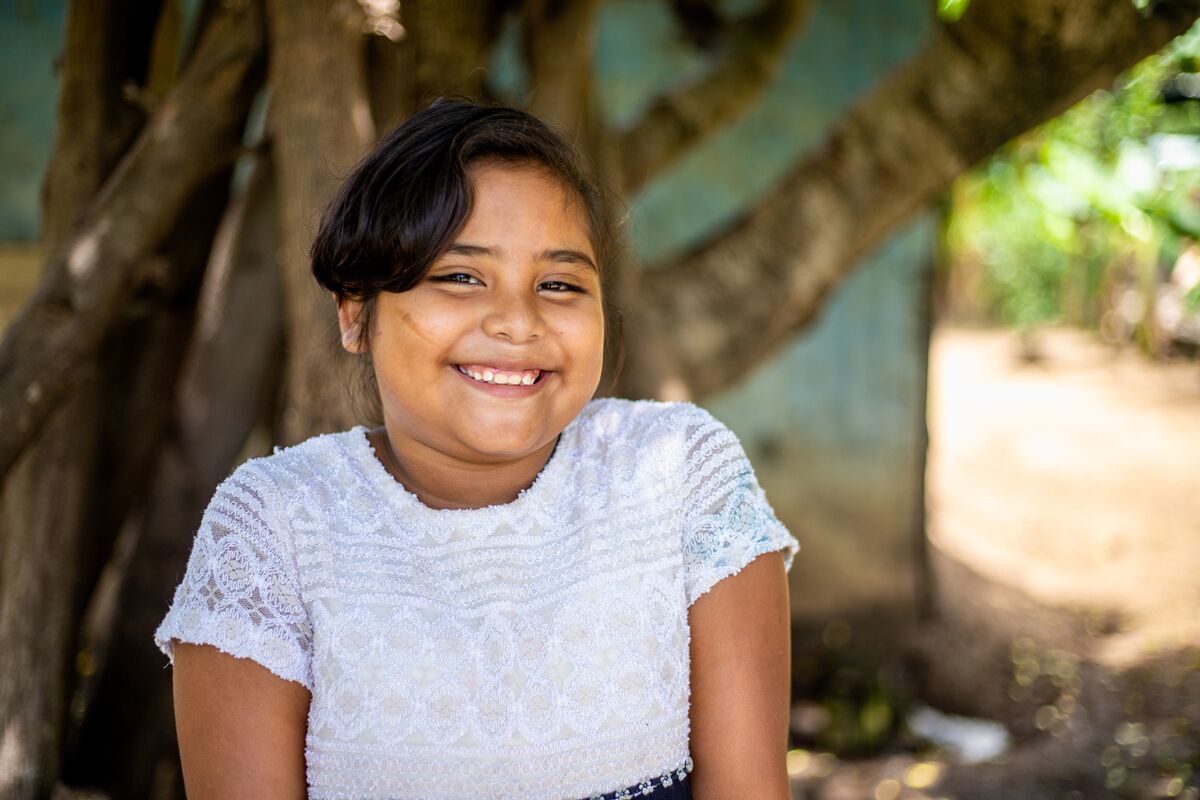 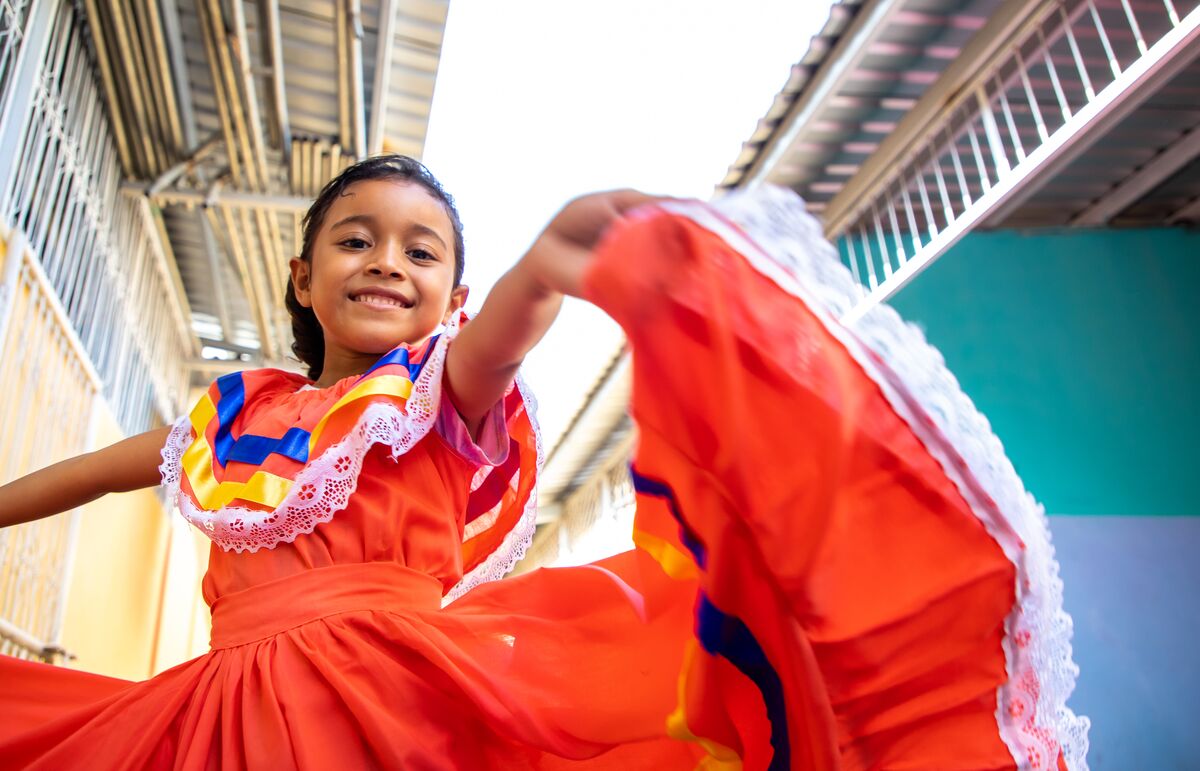 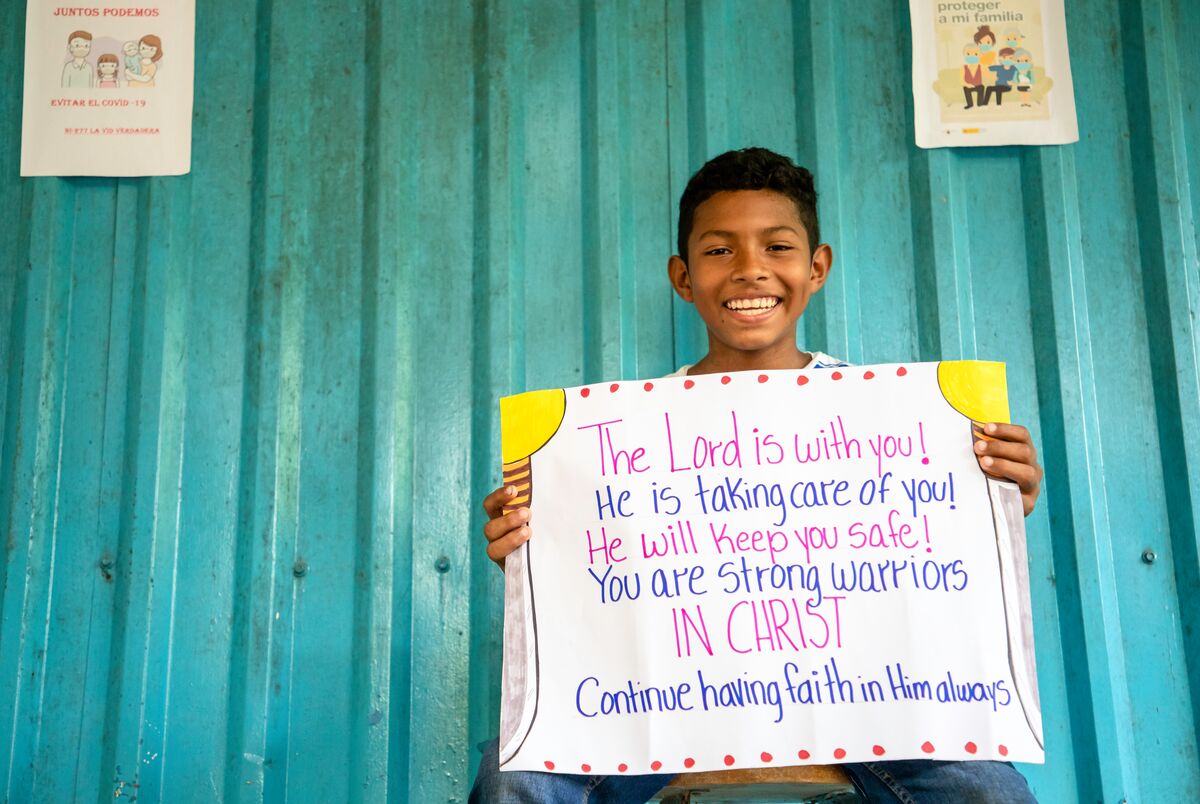 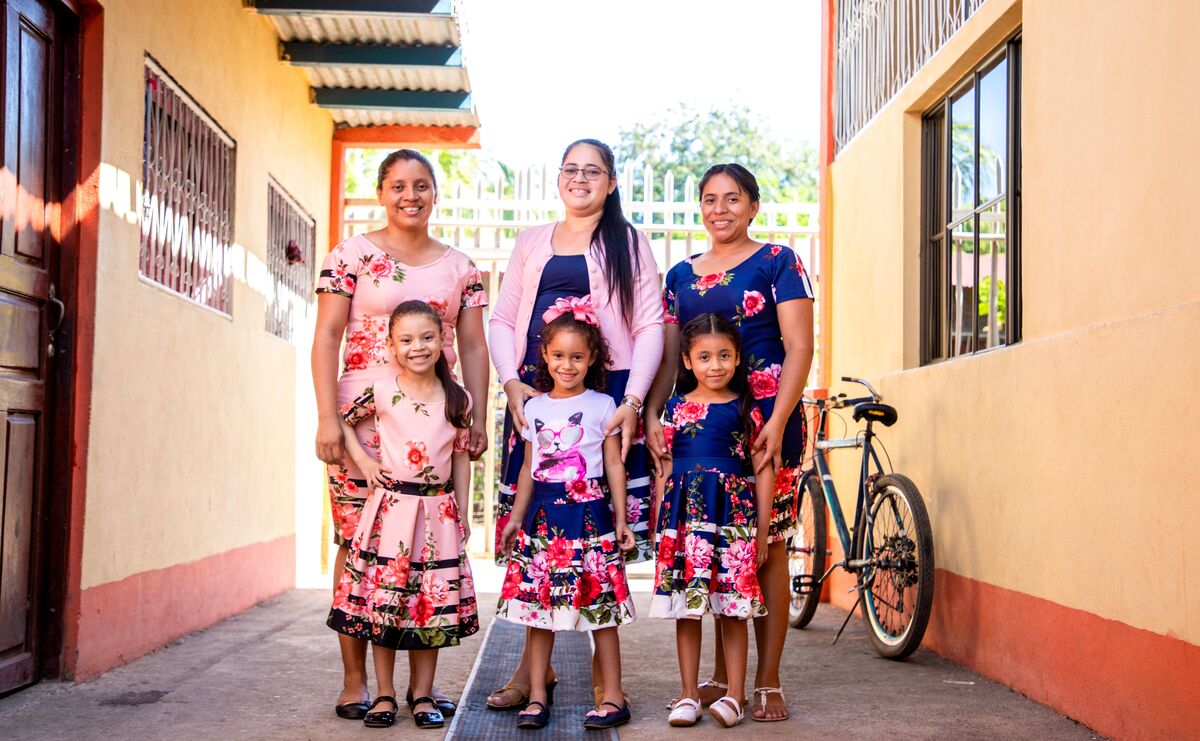 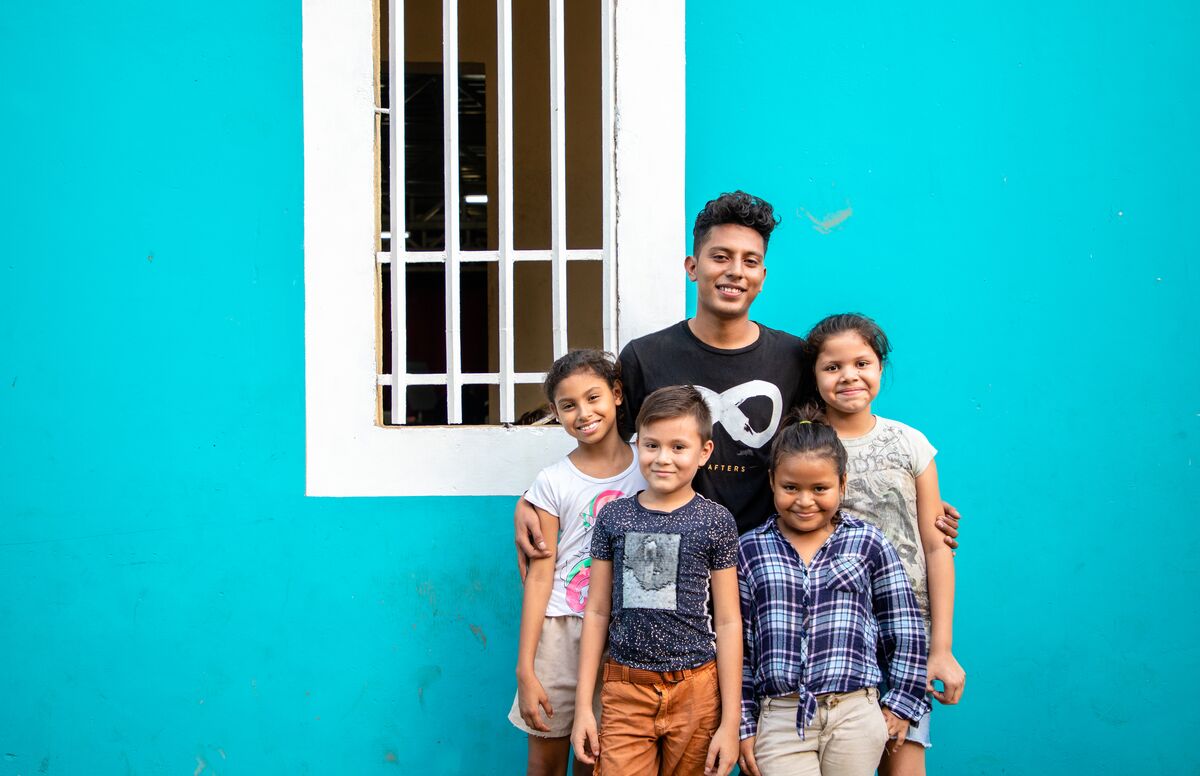 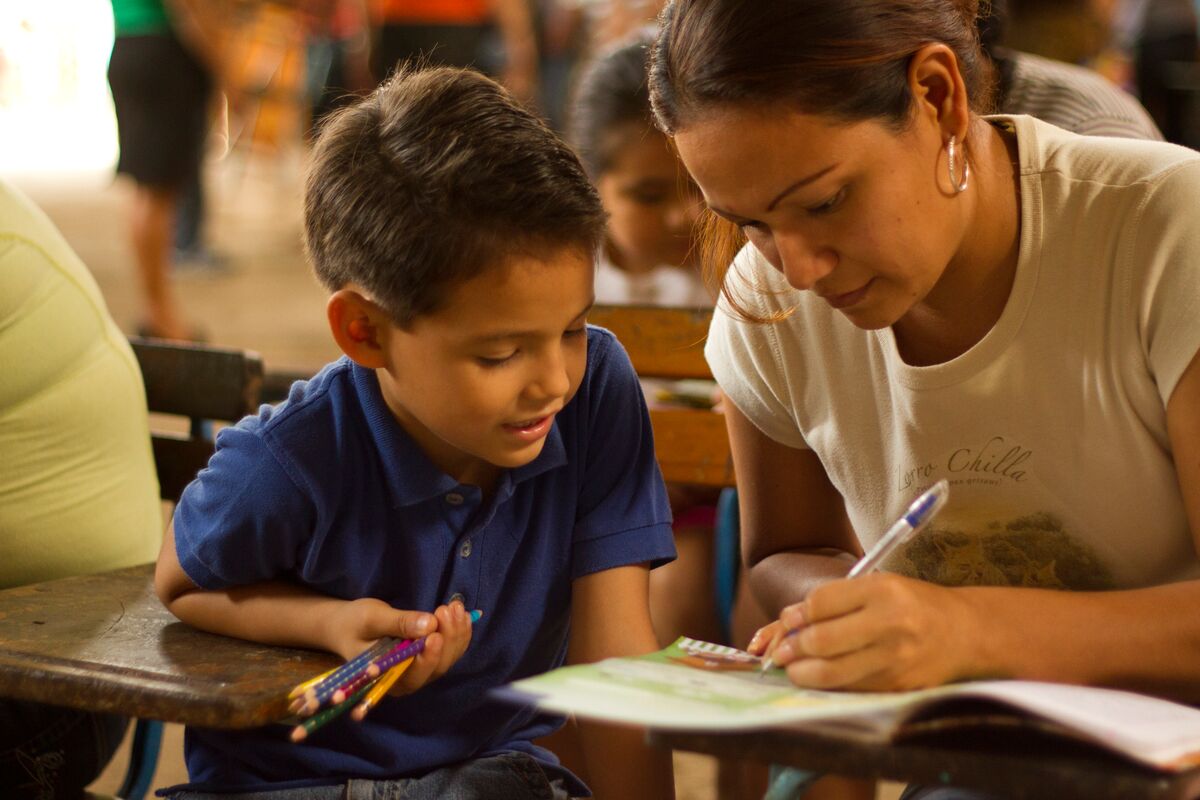 This video was released in July 2022.
If you've been inspired to sponsor a child from Nicaragua, visit our sponsorship page.

Wisdom and strength for those in positions of leadership in Nicaragua

Nicaragua is home to Lake Managua — the only freshwater lake in the world that has sharks. Bull sharks travel into the lake from the Atlantic Ocean through the San Juan River. They can adapt to fresh water, allowing them to live in the lake.

Sponsor a child in Nicaragua

Nicaragua
Sponsor me
Search for children

Percentage of children under the age of 5 underweight: 4.6%

Religion: Approximately 43% of the population are Roman Catholic, 41% are Protestant and 16% are of another/unspecified religion or none.

Nicaraguan land was inhabited during pre-Colombian times by a number of indigenous people groups. Christopher Columbus was the first European to explore Nicaraguan land during his fourth and last journey to America.

Within three decades of the Spanish arrival, the indigenous population was decimated by diseases while others were sold into slavery. Late in the 17th century, Great Britain formed an alliance with the Miskito people who lived in the Caribbean coastal region of Nicaragua. The British settled on the Mosquito Coast, and between 1740–86 the area was a British dependency.

Nicaragua gained independence in 1838, but conflict with foreign powers defined the country until the early 1900s when the United States began to regularly intervene. In 1978, a short-lived civil war broke out, resulting in the formation of the left-wing Sandinista guerrillas, who came to power in 1979.

Amid civil war, Daniel Ortega (from the Sandinista party) won a democratic (this is contested) election in 1985. Although they were defeated in free elections in 1990, 1996, and 2001, the Sandinistas regained control in 2006.

Ortega won (this is contested) a fourth straight term on 7 November 2021 – the second in a row - with his wife, Vice President Rosario Murillo, as running mate. However, the election was marred in controversy following a six-month crackdown on political rivals that saw seven presidential candidates thrown into jail or placed under house arrest.

Literature
Poetry is one of Nicaragua’s favourite forms of art. Rubén Darío (1867-1916), known as the “Prince of Spanish-American literature,” helped inspire the modernist literary movement in South America. Generations of Nicaraguan poets, fiction writers, and essayists have followed his example and are popular across the country.

Art
Earthquakes and war have obliterated much tangible evidence of Nicaragua’s cultural heritage, especially its colonial architecture. However, the city of León retains many fine, old buildings from this period and is also famous for street murals. The Archipelago de Solentiname, a collection of tiny islands found in the south of Lake Nicaragua, are a haven for artists, poets and craftspeople.

Music
Many Nicaraguans favour Mexican styles of music, often characterized by guitars and marimbas – a type of xylophone. Tonada music – a type of traditional poetic folk song, which captures the spirit of traditional South American rural life, is also popular. In Bluefields, the largely English-speaking town on the Caribbean coast, music has been heavily influenced by the rest of the Caribbean, so you’ll find reggae is popular here.

Sports and Games
Baseball is the most popular sport in Nicaragua. Younger children also enjoy a game of tag.

Typical Foods
A traditional Nicaraguan meal consists of eggs or meat, beans and rice, salads of cabbage and tomatoes, tortillas and fruit. Also common is gallo pinto, a blend of rice and beans. Other typical dishes include bajo, a combination of beef, greens, ripe plantains, and yucca; and vigorón, which is yucca served with fried pork skins and coleslaw.

The school year in Nicaragua runs from January to November. Education is free and compulsory for children between the ages of five and 11. However, there are a number of indirect costs, such as uniforms, books and transport, which many families simply can’t cover. Only 65% of children from the poorest families complete primary school compared to 90% from the wealthiest families.

UNICEF estimates that 500,000 Nicaraguan children aged three to 17 are not in the education system. Those who live in rural areas, are from indigenous communities, or have disabilities are particularly disadvantaged.

Approximately 43% of the population are Roman Catholic, 41% are Protestant and 16% are of another/unspecified religion or none.

The constitution prohibits discrimination based on religion and allows all individuals to practice the religion of their choice. It also states that no one “shall be obligated by coercive measures to declare his or her ideology or beliefs.”

The Ministry of Education has an established elementary grade curriculum is based on “Christian, socialist, solidarity” principles and “human development” policy. The government’s 2018-2021 Human Development policy establishes the promotion of religious and faith-based festivities as a key component of all government policy.

When Jessenia was six months pregnant, she was registered into the Survival intervention at a church in Nicaragua's capital city Managua. Jessenia’s pregnancy seemed to be going well, but at eight months, during a monthly checkup, she found out that ther baby was severely under weight. “He told me that I needed to go to a private clinic for further testing, because this could mean he was severely malnourished. I felt disheartened when I saw that my baby’s life was in danger,” Jessenia said. Immediately, Jessenia went to the centre and asked for help because the medicines and food the doctor had recommended were too expensive for her to buy. The Survival coordinator stepped up to help her and provided her with the medicines she needed. During another weekly checkup, doctors also found that Jessenia had high blood pressure and high blood sugar levels, so three weeks before her due date she was hospitalised. “I felt desperate because I didn’t want to be there. I was scared,” she days. “Even those days, though, I was happy to know that my mother and the centre were thinking about me and praying for me. I knew that I had their support, and that the Lord was taking care of me.” Her family and the centre staff prayed tirelessly and went to see her during the limited visiting hours, providing her with spiritual and emotional support. To the doctor’s surprise, Jessenia's baby, José, had gained five pounds, and he was ready to be delivered. “I was so happy! I saw that all the effort from the centre had been fruitful, and that the Lord had answered our prayers,” Jessenia said. Thanks to the centre’s support, Jessenia and José are looking forward to a bright, healthy future.

When Jessenia was six months pregnant, she was registered into the Survival intervention at a church in Nicaragua's capital city Managua. Jessenia’s pregnancy seemed to be going well, but at eight months, during 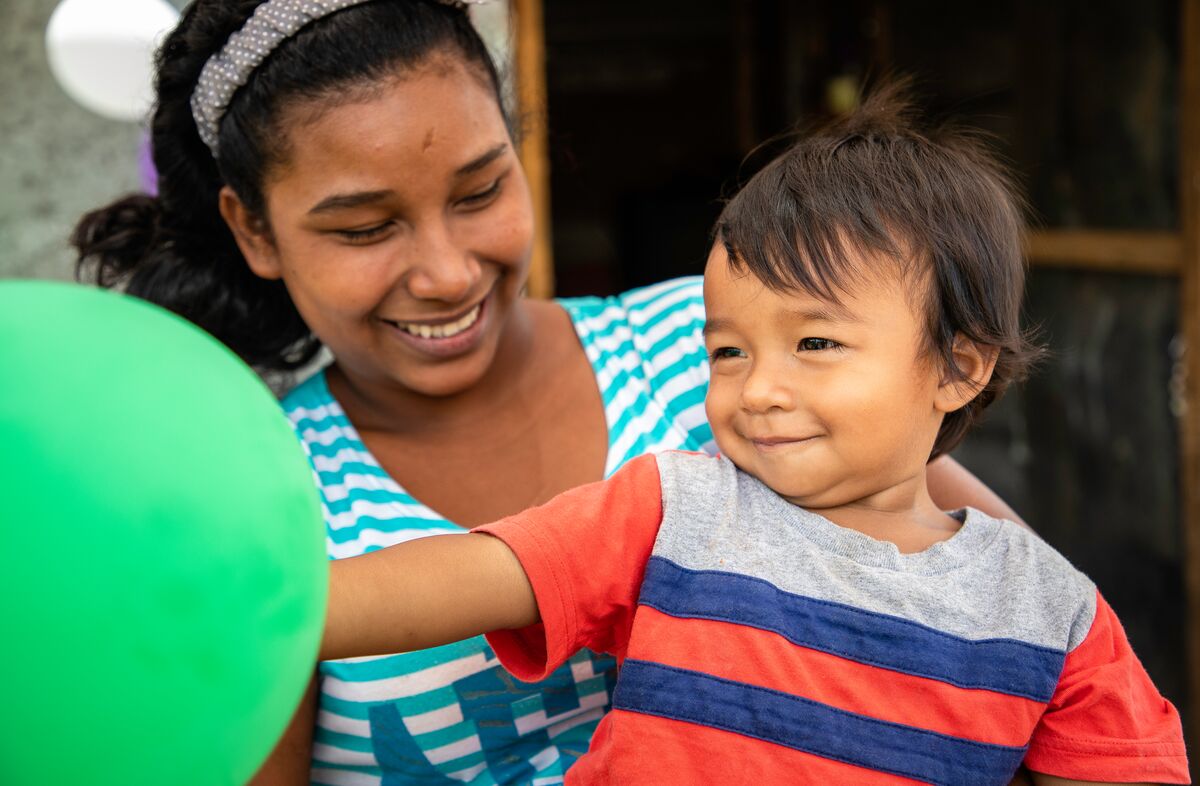