Luxury resorts and ancient ruins make Mexico one of the world’s most popular tourist destinations. It's also a country that faces poverty and has struggled to get a grip on a growing drug trade. Compassion-supported children experience these realities daily. But at the Compassion project, there is hope. 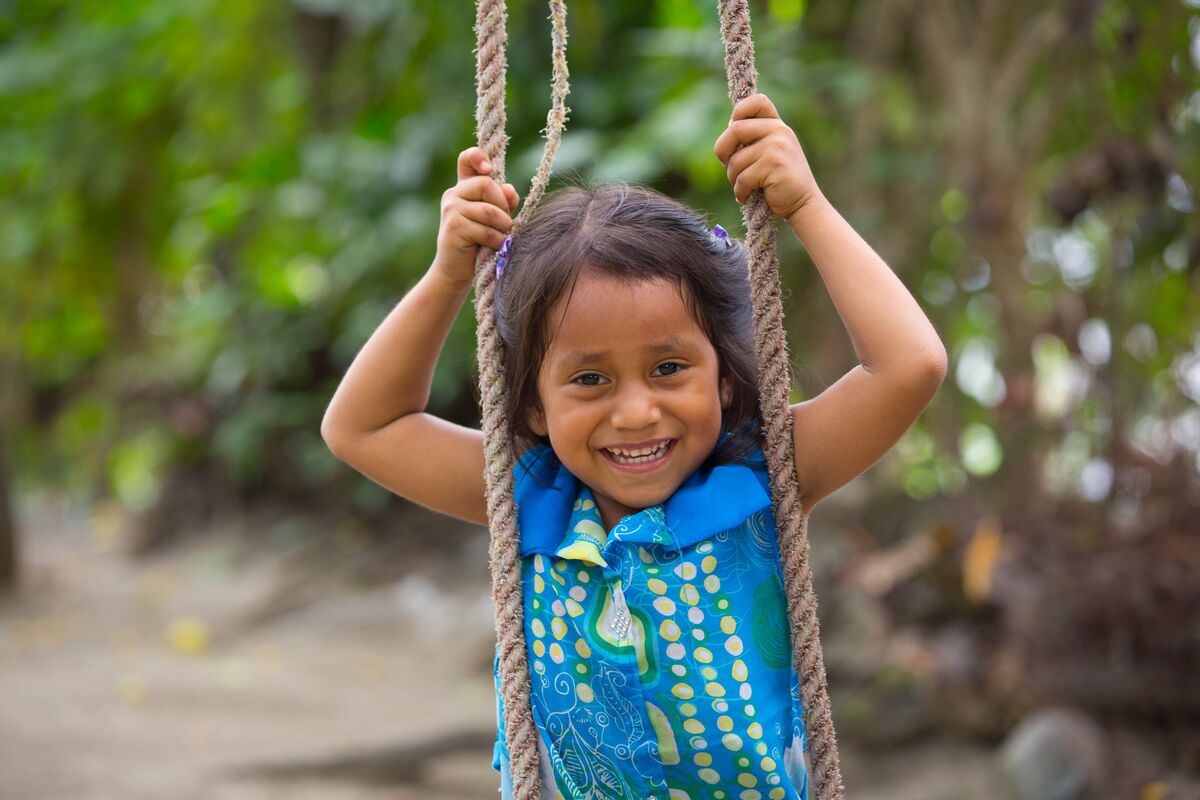 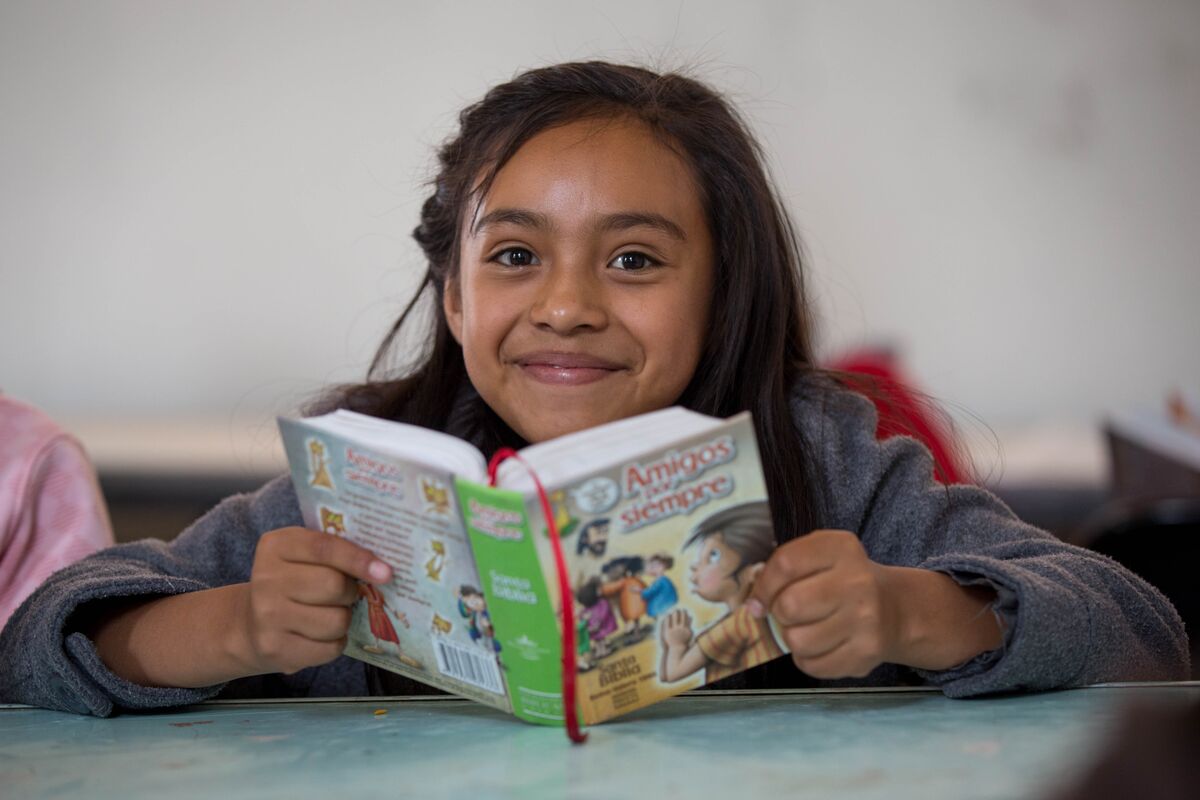 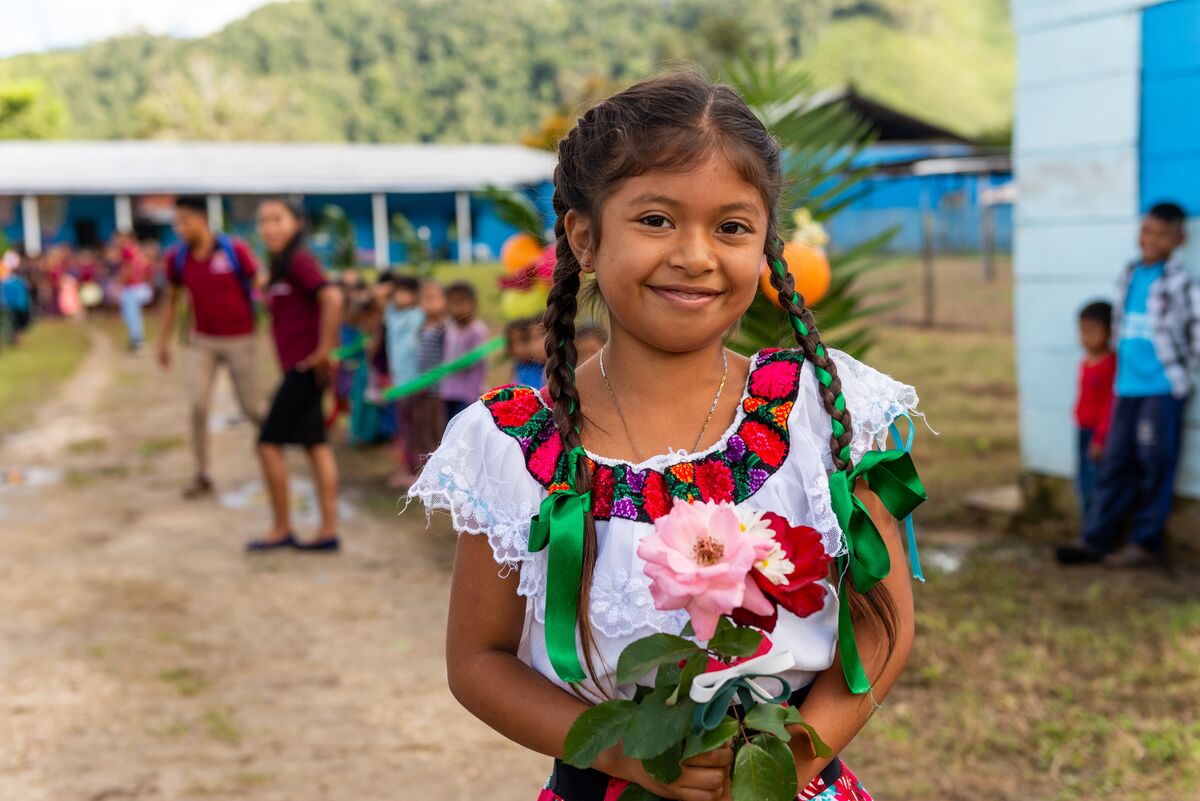 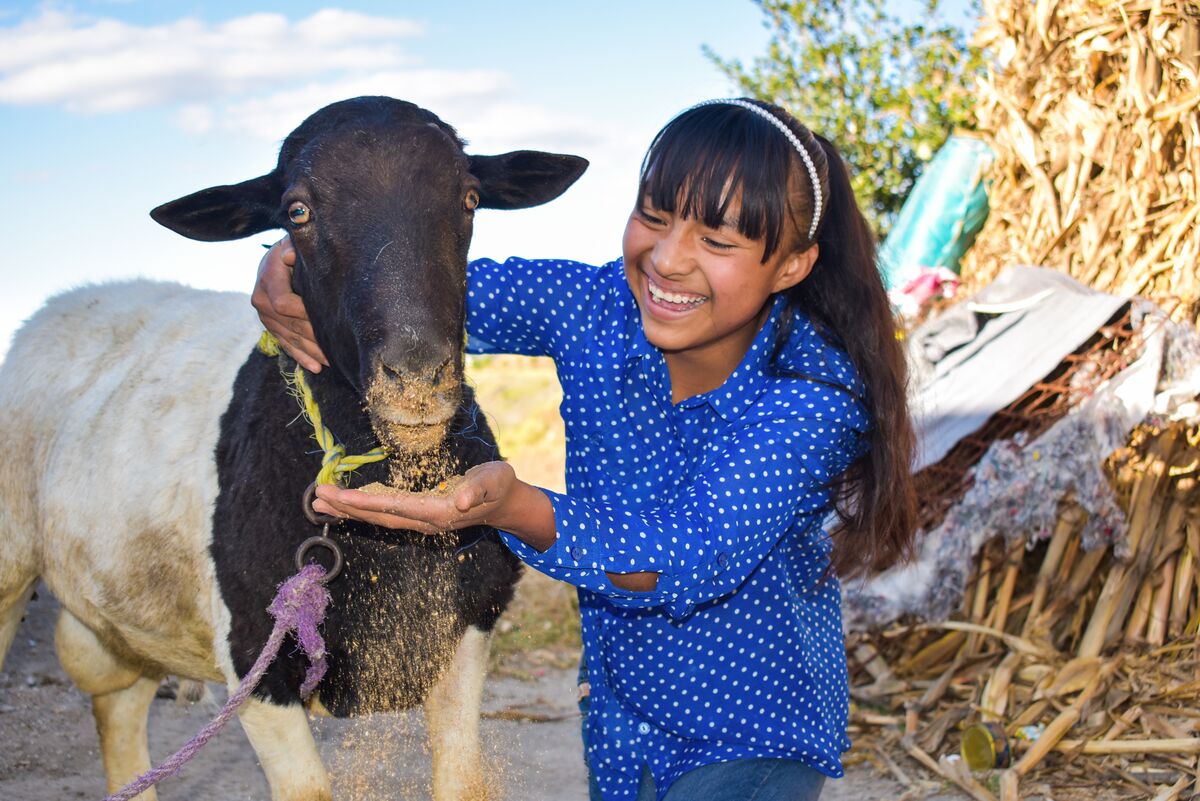 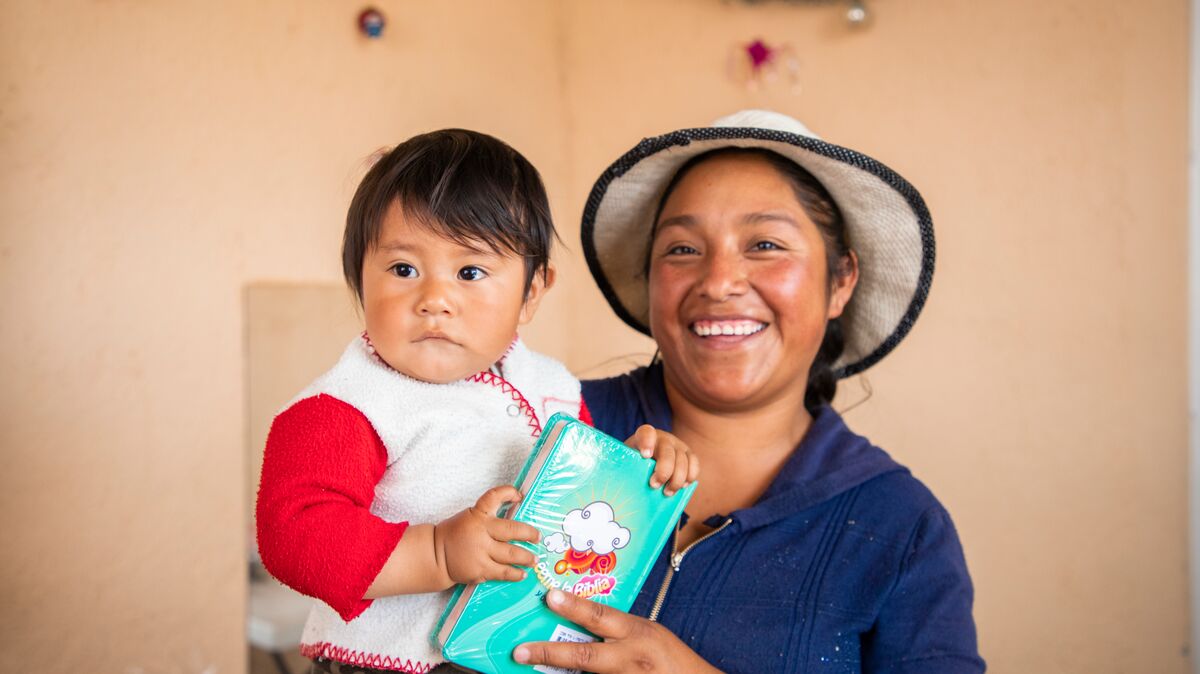 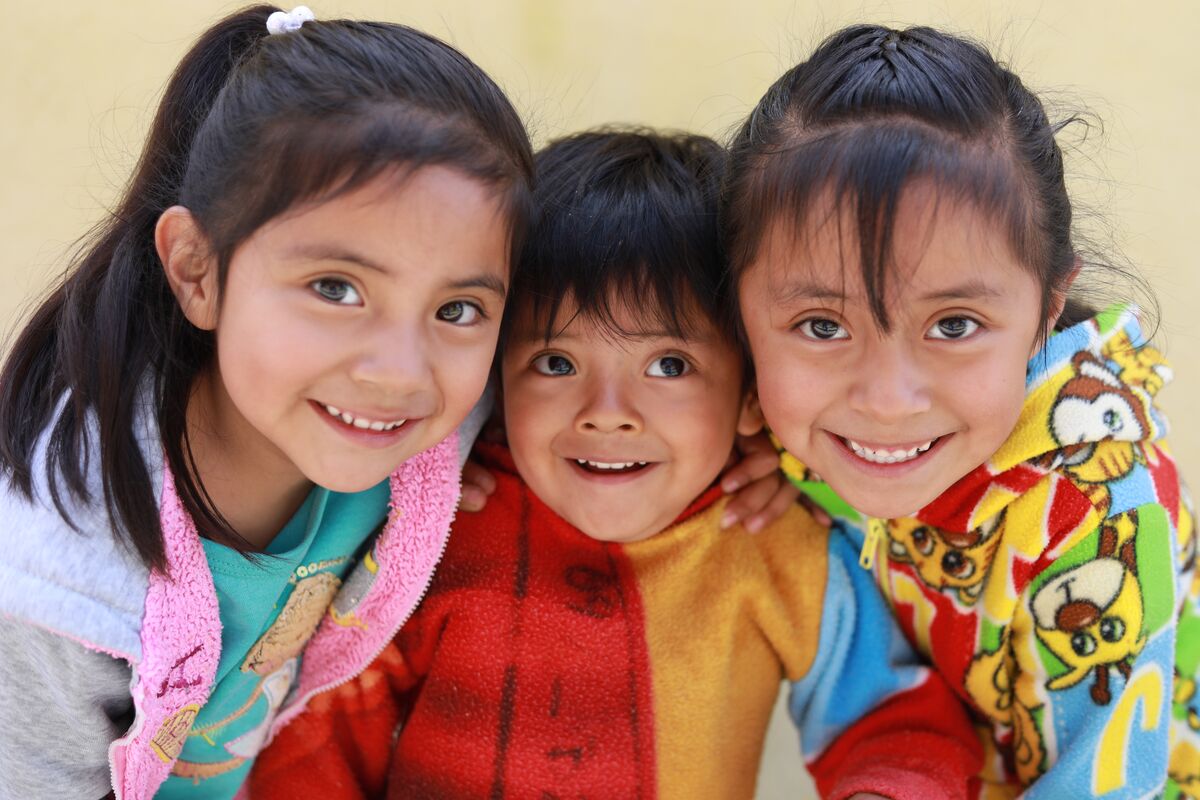 This video was released in July 2021.
If you have been inspired to sponsor a child from Mexico, visit our sponsorship page.

Health and swift economic recovery after the pandemic

Children and families who are struggling through a difficult season

Wisdom and strength for those in positions of leadership in Mexico

Mexico is home to the world’s largest pyramid. The pyramid of Cholula is 66 meters high, has a 400-metre base and a total volume of 4.5 million cubic meters. It’s significantly larger than the pyramid of Giza in Egypt.

Sponsor a child in Mexico

Mexico
Sponsor me
Search for children

Percentage of children under the age of 5 underweight: 4.7%

Religion: Approximately 78% of the population are Roman Catholic, 11% are Evangelical Christian, 0.2% are Pentecostal, 2.5% are of another religion and 8.1% do not practice any religion. Percentage living on less than $1.90 a day: 1.7%

Ancient civilizations, such as the Maya, Toltec, and Aztecs, flourished across Mexico long before the Europeans arrived. They built sophisticated societies and made significant breakthroughs in science and education.

In 1519, Spanish explorers led by Hernan Cortés landed in Mexico. The Aztec emperor, Moctezuma II Xocoyotzin, welcomed the men believing they were the embodiment of an ancient legend which said that the Toltec god-King would return in 1519.

Cortés and his men took the emperor hostage and eventually overthrew the entire empire, thanks to help from local population who opposed the Aztecs and proceeded to exploit the country’s natural resources. Cortés named the colony Nueva España (New Spain).

Nueva España claimed independence from Spain in 1821 after 11 years of war. Independence was followed by 30 years of great political turmoil, which included the Mexican American War of 1846-1848 in which Mexico lost almost half its territories, including Texas, California, and New Mexico to the victors.

From 1910 to 1920, approximately one in eight Mexicans lost their lives in the Mexican Revolution when the Francisco Madero challenged and eventually deposed military dictator Porfirio Diaz. Since 2000, the Partido Acción Nacional (PAN) party have been in power. The party have waged a high-profile attack on the drugs trade and gang violence, but both continue to ravage the country.

Family and traditional values are very important in Mexico. Respect and courtesy are held in high regard, and relationships take precedence over everything.

Art
Mexico has a rich history in art, which stretches back centuries. A number of renowned architects, painters, composers and writers all come from Mexico. The country is particularly famous for it’s mural artists, including the famous Diego Rivera, who was married to another famous Mexican artist and political activist, Frida Kahlo. Writers, such as Octavio Paz, who won the Nobel Prize for Literature in 1990, have also captured Mexican culture with beautiful poetry.

Music
There are many types of folkloric music in Mexico, including mariachi and ranchera music. A mariachi band consists of five or more musicians dressed as traditional Mexican cowboys. The unique sound of the mariachi is made by trumpets and violins, with traditional guitars called vihuela and the guitarrón. Ranchera music is also popular. These “songs from the ranch” began during the Mexican Revolution and are about rural life, lost love, and social causes. The marimba, a type of xylophone, is often used in family gatherings or religious functions to cheer people up.

Sports and Games
Football is the most popular sport in Mexico, followed by baseball. Jai alai, a type of handball, is also played by many.

Typical Foods
Traditional Mexican food comes from the indigenous Indians, and many dishes are made with corn, hot peppers, squash, rice, rabbit, armadillo and turkey. Molé, a dish made with chocolate and red chilli, is one of the most important dishes in Mexico, specially prepared for grand celebrations.

The school year in Mexico runs from September to June. Mexicans value education and see it as a route to a better life.

The Mexican government have made primary education, which lasts for six years, free and compulsory. Children are then encouraged to progress to secondary school where they will spend three years before specialising in an area of study.

Around 96% of children complete their primary education, but only around 45% go on to complete secondary education.

Approximately 78% of the population are Roman Catholic, 11% are Evangelical Christian, 0.2% are Pentecostal, 2.5% are of another religion, and 8.1% do not practice religion.

Mexico is a secular country, and, as such, church and state are separate. Everyone is free to profess their chosen religious belief and practice ceremonies and acts of worship accordingly. Mexicans of different religions have a generally amicable relationship. However, in some southern regions, political, cultural and religious tensions continue to limit the free practice of religion within some communities.

Members of the clergy are not allowed to hold public office, advocate their political views, support political candidates, or oppose the laws or institutions of the State. Religious associations may not hold political meetings of any kind or own or operate radio or television stations.

14-year-old Rafael lives with his parents and two brothers in Mexico. When Rafael was three, the family left Mexico City and moved to Temoaya in order to start a church in the community. While building the church, the family lived in a tent and a variety of tiny homes. The church partnered with Compassion, Rafael was registered and he built a strong relationship with his sponsors. Rafael received a visit from his sponsors who have helped the family to expand their home so all five family members don’t have to share a bedroom. "Thanks to my sponsors," says Rafael, "I don’t live in a tent or in tiny place anymore. I now have a room that I share with my brother."

14-year-old Rafael lives with his parents and two brothers in Mexico. When Rafael was three, the family left Mexico City and moved to Temoaya in order to start a church in the community. While building the church 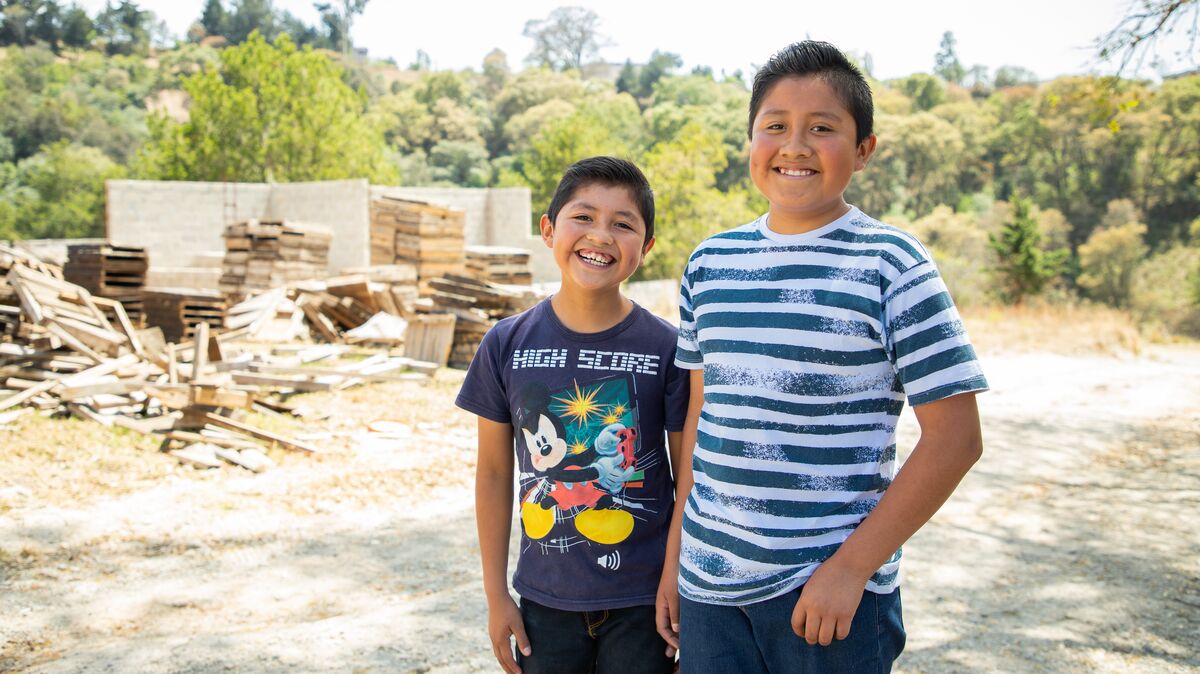