Guatemala is a beautiful, multicultural country. It's also a country that faces poverty. Struggles with discrimination, illiteracy, violence and malnutrition are common. Compassion-supported children experience these realities daily. But at the Compassion project, there is hope. 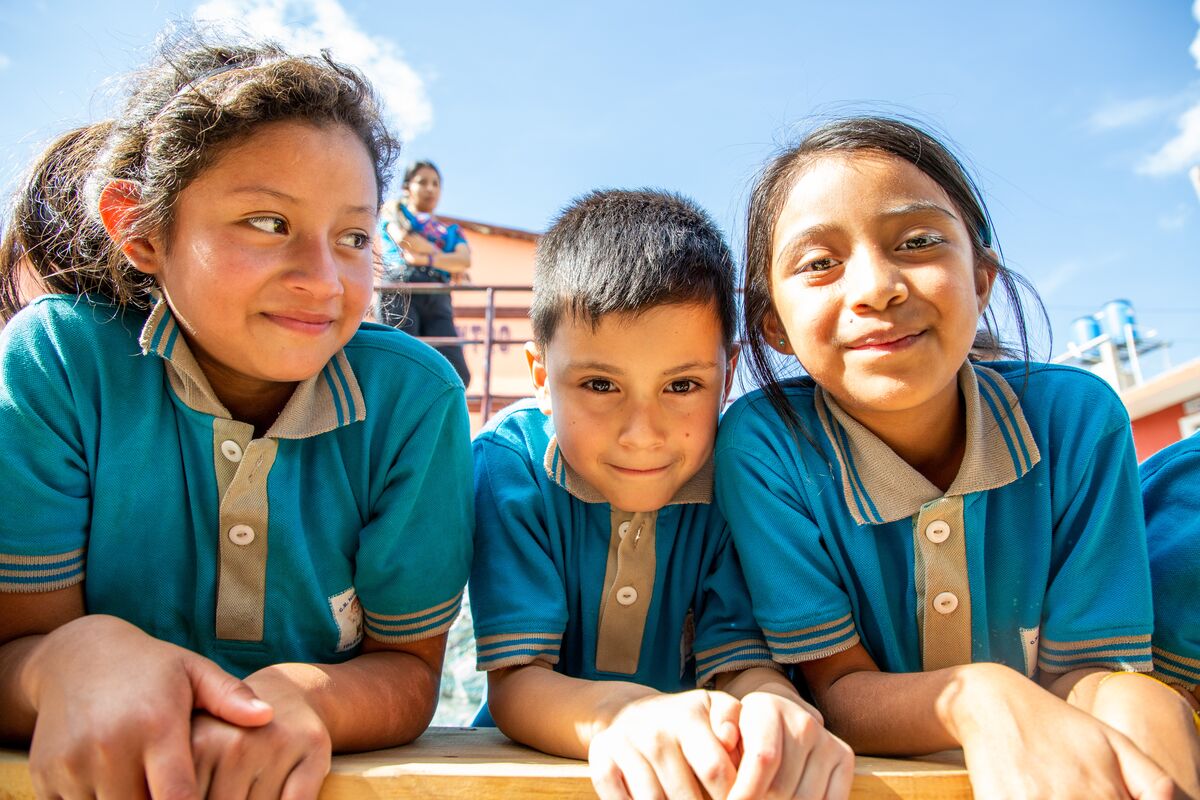 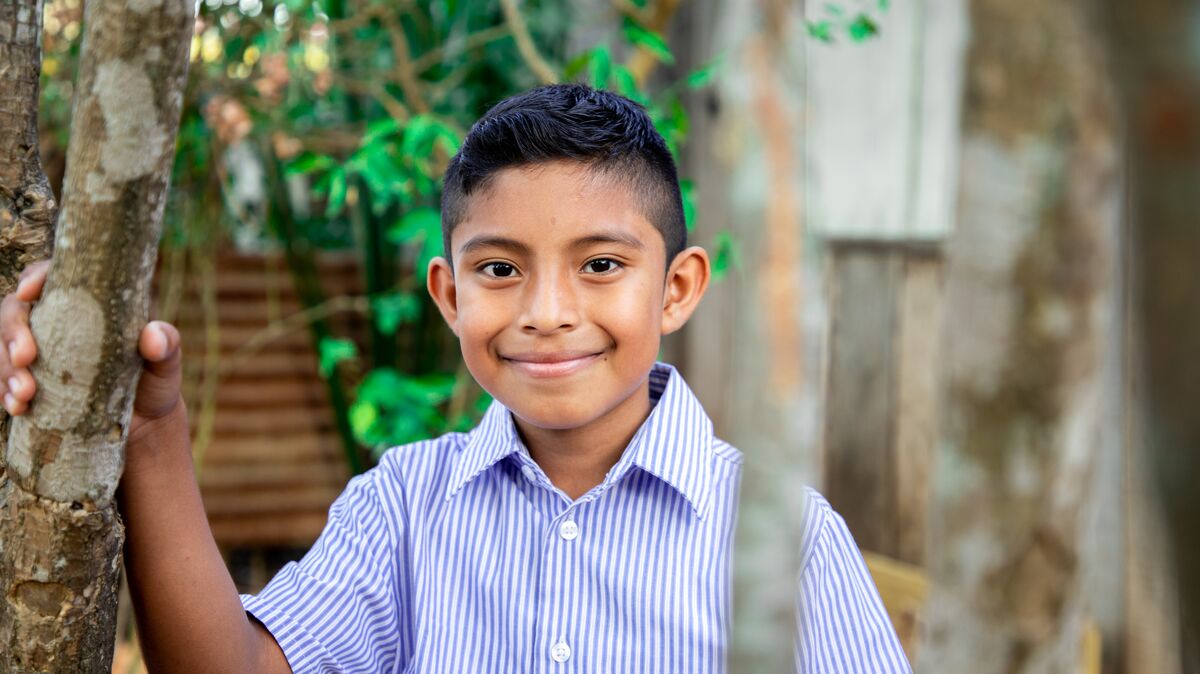 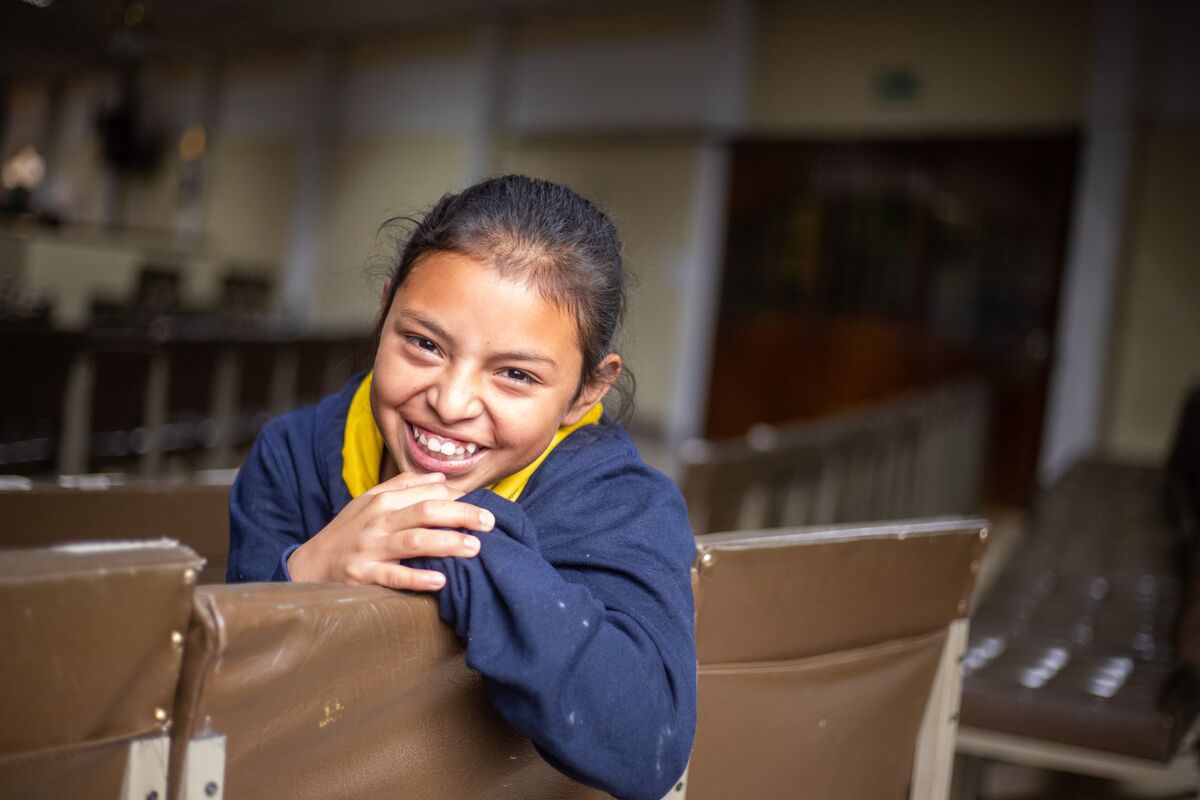 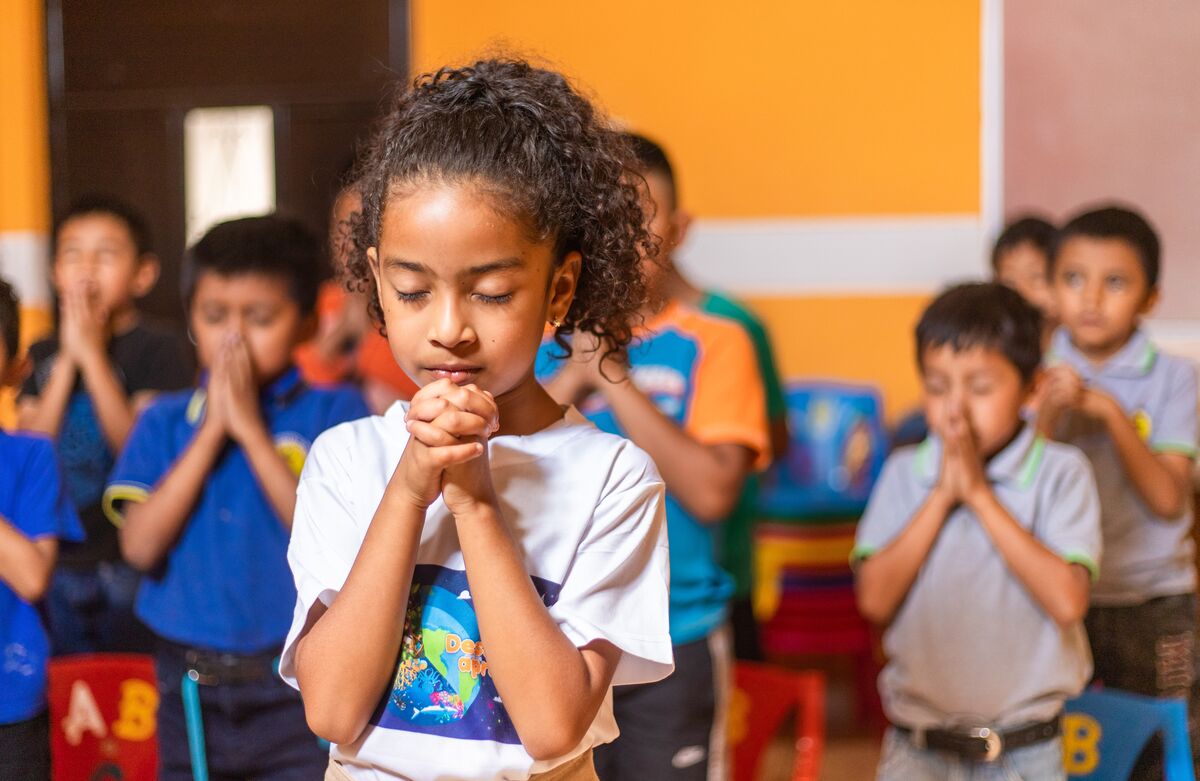 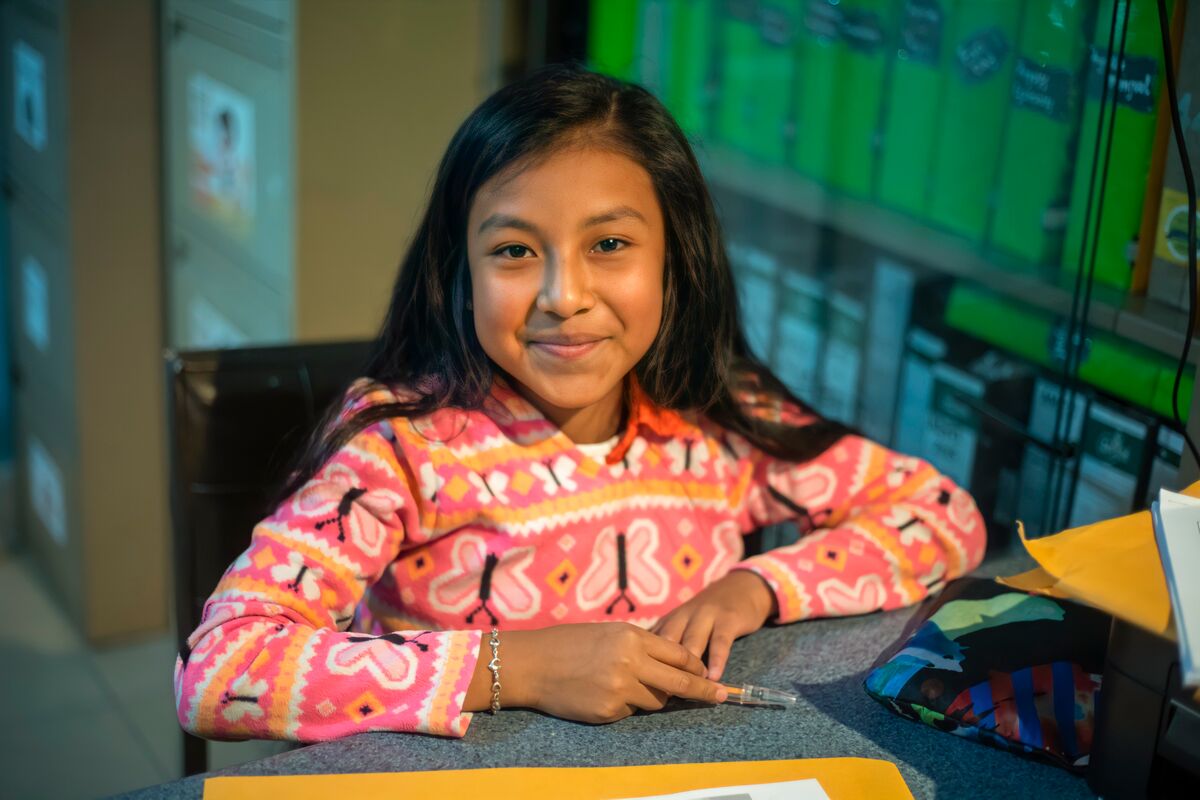 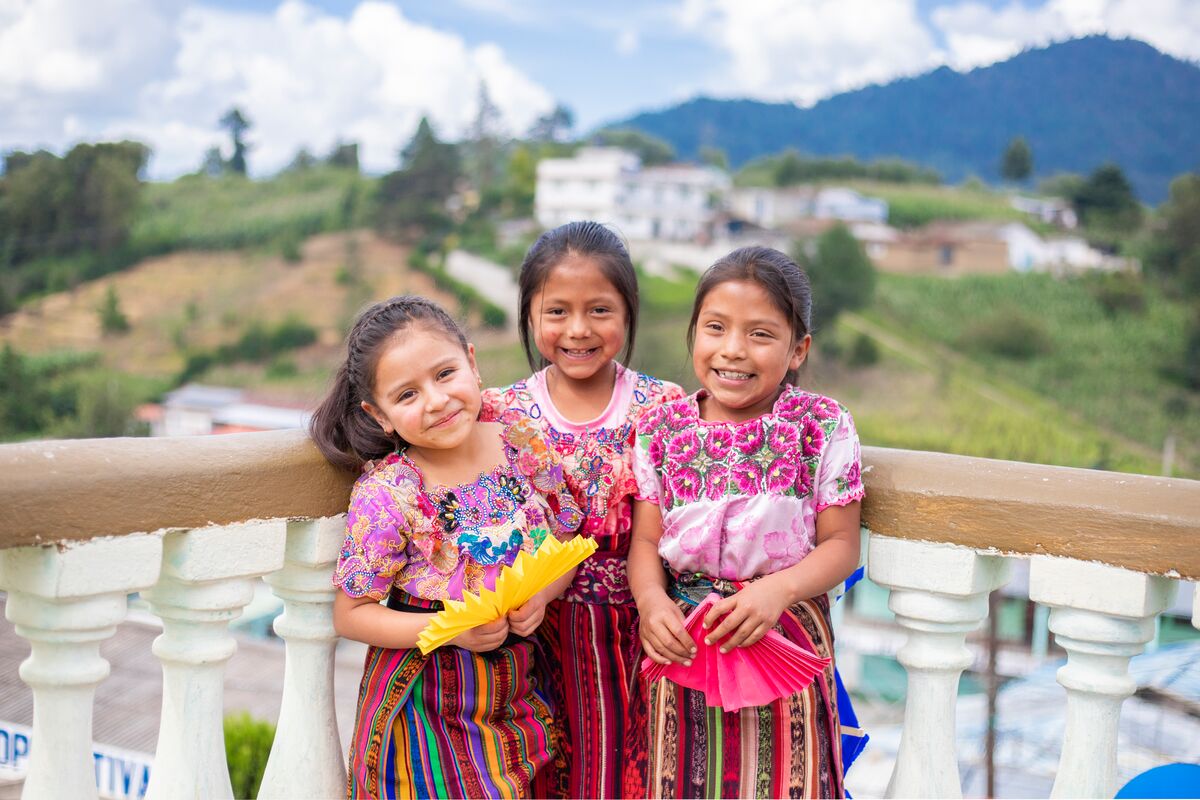 This video was released in July 2022.
If you've been inspired to sponsor a child from Guatemala, visit our sponsorship page.

Guatemala is home to Lake Atitlan. At 900 feet deep, it’s the deepest lake in all Central America and was created by a volcano many years ago.

Sponsor a child in Guatemala

Guatemala
Sponsor me
Search for children

Percentage of children under the age of 5 underweight: 12.4%

Religion: Approximately 45% are Roman Catholic, 42% are Protestant, 11% are unaffiliated, and 2% are of another/unspecified religion or none. Percentage living on less than $1.90 a day: 8.8%

During the first millennium, the Maya were one of the most highly developed people in the Americas and built a number of cities in what is now Guatemala. However, these were abandoned during the 9th century and by the time Spanish colonists arrived in the 16th century, many cities were in ruin. The Spanish arrived in 1521 and conquered the territory by feigning alliances with Mayan groups and murdering their rivals, only to then turn on them. The settlers enslaved the remaining Mayans, exploiting all profitable resources from the land.

Guatemala gained independence in 1821, but this largely benefited those of Spanish descent and further subjugated indigenous populations whose land was stolen for sugarcane and tobacco plantations. After gaining independence, a small elite group of families and landowners maintained ultimate control, and Mayan conditions continued to deteriorate.

His successor, Jacobo Árbenz Guzmán, attempted further agrarian reforms. The United States intervened in fear of Communism and orchestrated an invasion by the Guatemalan military, exiled in Honduras. The overthrow was successful, and 30 years of military rule followed.

In 1963, a 33-year civil war broke out between guerrilla fighters and the government. During the violence, hundreds of indigenous communities were destroyed. Rios Montt, a Christian President with close ties to the U.S., ordered a scorched earth policy against Mayans from 1982-1983.

By the conclusion of the civil war in 1996, more than 200,000 had been killed or forcibly disappeared, 80% of whom were from indigenous communities. After a peace accord was signed in 1996, Guatemala held its first democratic elections in 2000.

The country is still ravaged by the effects of the civil war, with high inequality and poverty across the country. On 10 May 2013, Ríos Montt was convicted by the court of genocide and crimes against humanity, and was sentenced to 80 years imprisonment.

Music
Music is made with many instruments, including the marimba - a percussion instrument similar to the xylophone - flutes and drums.

Language
Spanish is the official of Guatemala. In addition, there are 22 different Mayan languages as well as indigenous languages Garífuna and Xinca. Spanish: Hola (Hello), ¿Cómo está? (How are you?), Bien (Fine), Sientese.(Please sit down.), ¿Quiere cafecito o un vasito de agua? (Would you like a little cup of coffee or a little glass of water?), ¡Es bien rico! (It is really good!)

Sports and Games
Guatemalans are passionate about football. They also enjoy basketball and cycling. Children enjoy ball games, such as volleyball and dodgeball.

The typical school year runs from January to October. Education is free and compulsory for the six years of primary school. Some children then move on to secondary school followed by college or university.

Guatemalans' attitudes toward education vary greatly depending on personal experiences. Some parents think girls should not attend school and prepare for motherhood instead; some feel their children should be working to support their families, and others fail to see the importance of education at all.

Of course, many Guatemalans would like to attend school but simply can't afford to cover the costs. Even for wealthier families, the burden of school fees can be significant.

Alongside this, many schools don't have enough facilities, supplies, or even things like desks and chairs for all the children who need them. There are not even schools or teachers in some areas to take the classes.

Approximately 45% are Roman Catholic, 42% are Protestant, 11% are unaffiliated, and 2% are of another/unspecified religion or none.

There is no state religion. However, the constitution recognises the Catholic Church as a distinct legal entity. Any non-Catholic religious groups must register with the Ministry of Government if they are to be exempt from paying taxes.

Freedom of religion is upheld within the constitution, which includes the right for all people to practice their religion in public and private.

Non-Catholic groups do not have to register in order to worship, but they do need to register for legal status if they wish to rent or purchase property or benefit from tax exemptions for properties used for worship, religious education, and social assistance.

The constitution permits but does not require religious education in public schools. There is no national curriculum for religious studies, so the content of classes tends to be worked out on a local level.

There are a number of interfaith organisations that work together to resolve misunderstandings among religious groups and to promote a culture of respect.

Registered at three years old, 20-year-old Marta recently graduated from Compassion’s programme. The project was a place where her family met Jesus and where her mother, Ofelia, found the support she needed. Marta experienced a whole range of benefits, including the provision of school uniform and supplies, so she was able to go to school. "The project supported my studies for years, right through high school," says Marta. She loves to talk about a letter she received from her sponsor, which was a huge encouragement. The letter said, 'Never give up! Chase every dream you have and give it to God. He will support you to achieve it!' "Those words gave me the strength I needed in my life," says Marta. After graduating, Marta stayed at the Compassion project and now tutors students. “I am so thankful to the centre, they gave me everything and now I am enjoying giving something to the children by being a tutor," says Marta. Even through COVID-19 restrictions, Marta continued teaching online, occasionally visiting students and their families while adhering to health guidelines.

Registered at three years old, 20-year-old Marta recently graduated from Compassion’s programme. The project was a place where her family met Jesus and where her mother, Ofelia, found the support she needed. Mart 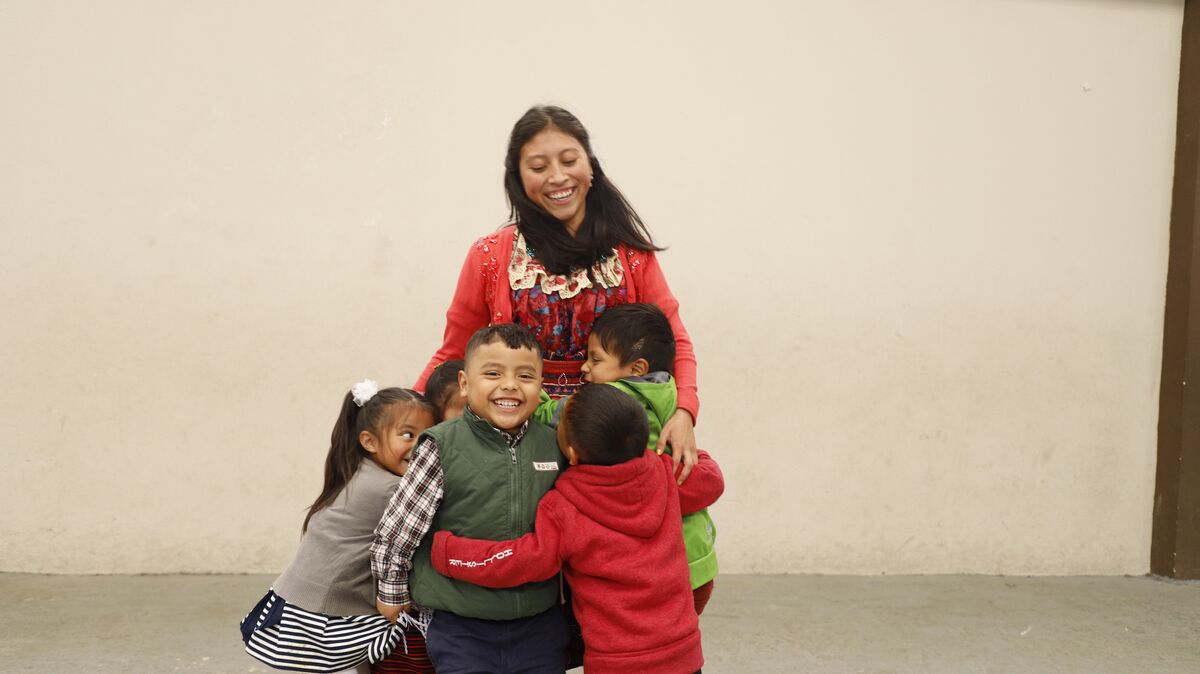