Every year, 15 million girls marry before their eighteenth birthday. For girls like eight-year-old Maindi, child marriage can have a devastating impact on their physical, emotional and economic welfare.

These striking images capture how one church in Kenya is taking a stand and protecting child brides.

You can bring hope to a child by becoming a Compassion sponsor today. 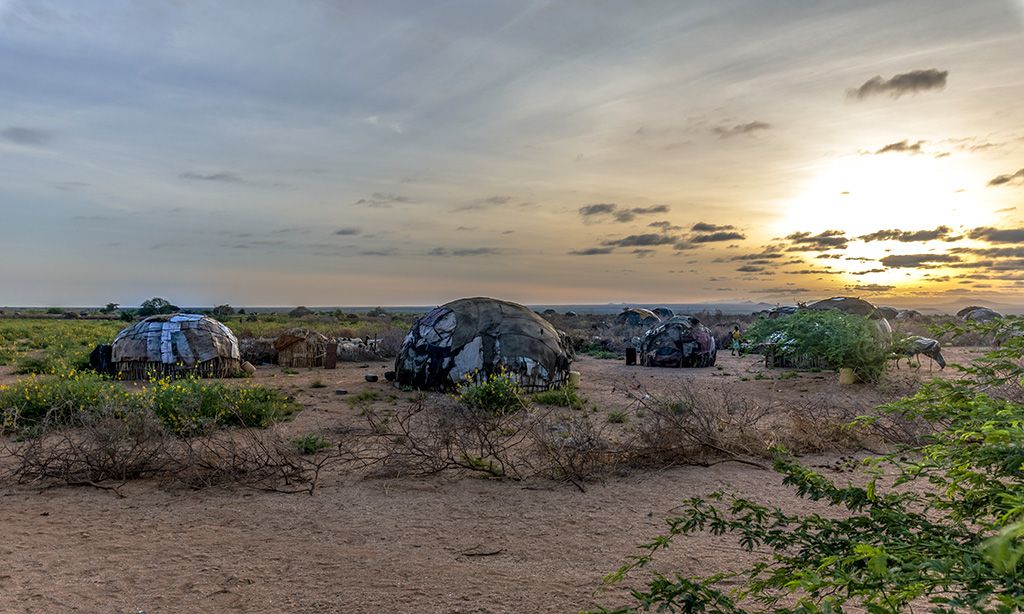 As the sun rises over the manyatta (village), the dawn light dances around the tiny mud hut Maindi shares with her family of seven. 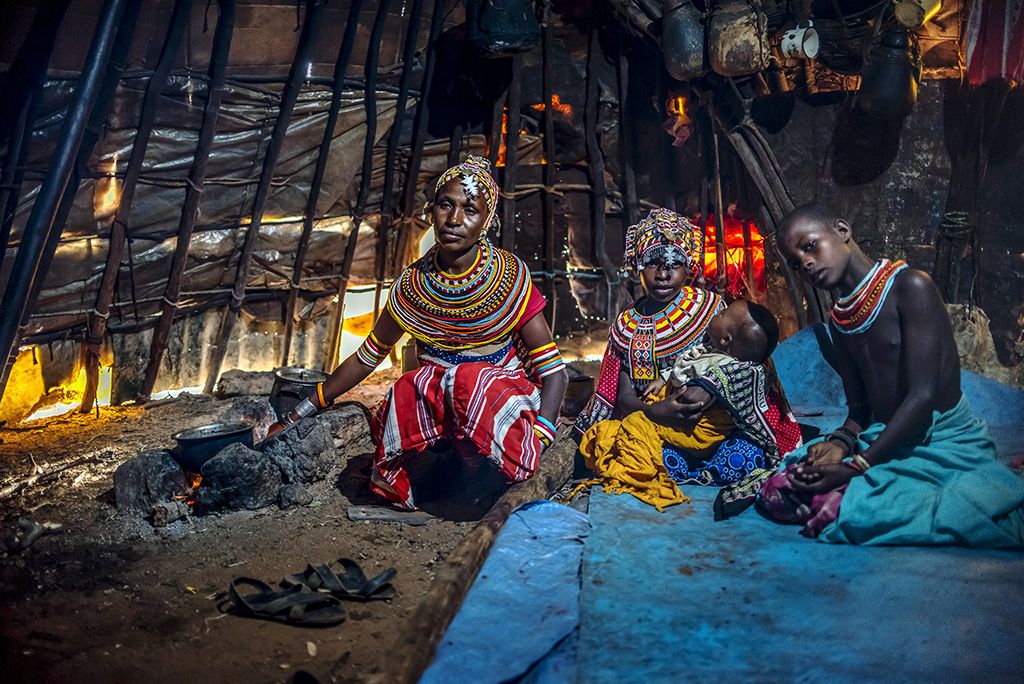 Part of the Rendille community, an indigenous tribe in Kenya, Maindi is the youngest of five children. 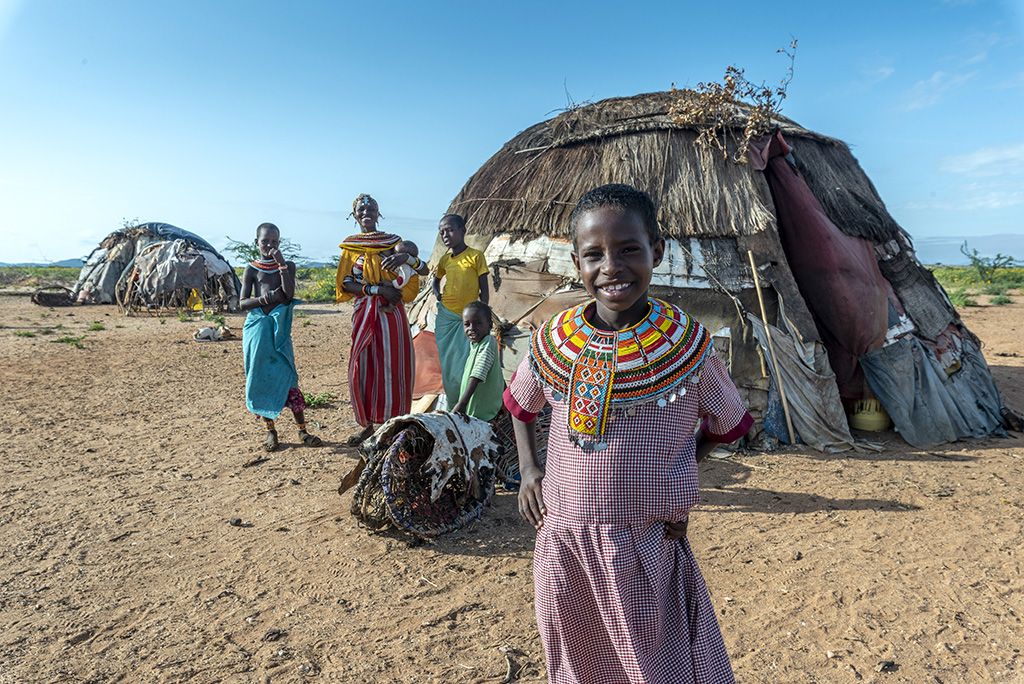 “We named our daughter Maindi, which means maize, since she was born during a time of abundance, just after the community had faced the worst famine ever, in which we lost almost all our animals,” recalls her mother Koreiya, the sorrow still evident in her voice. 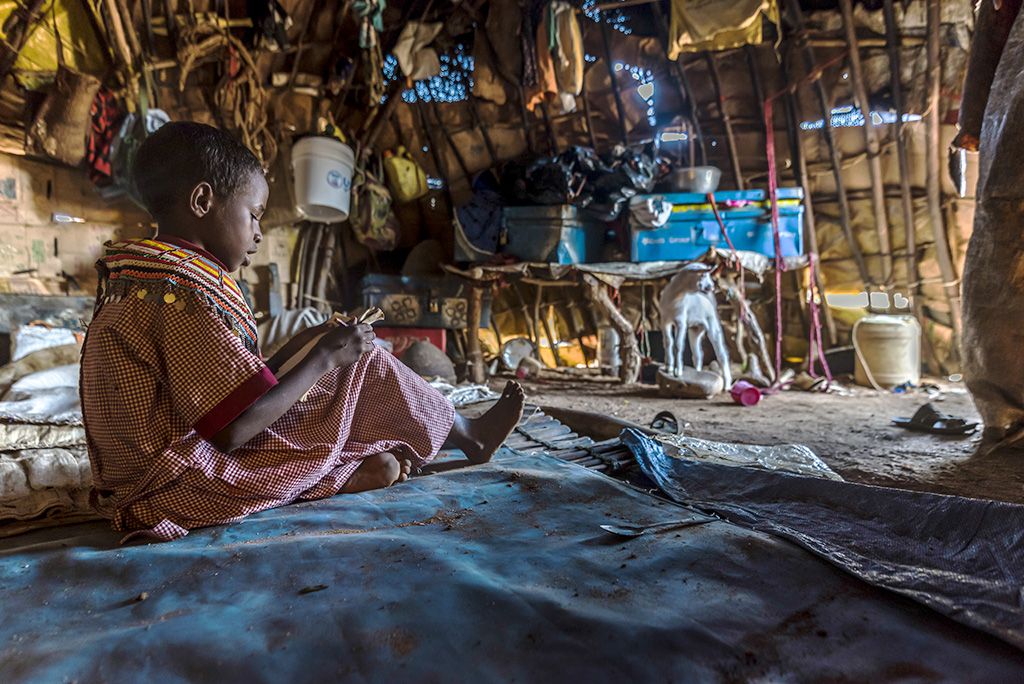 Like many women in her community Koreiya never received an education and was a victim of young marriage in her early teens. A cycle that looked set to continue for Maindi.

What is child marriage and how does it happen?

Child marriage is a formal marriage or informal union that takes place before the age of 18. “Young girls are ‘booked’ at a very young age by older men,” explains Mathew, pastor of African Inland Church:

They marry as young as ten or twelve years old. The Rendille women’s shift from maidenhood to matrimony is manifested by the agonizing rite of female genital mutilation (FGM), which happens in private on the very morning of her wedding. The church is at the forefront of fighting these retrogressive cultural practices.

What is the impact of child marriage?

The dangers of child marriage are well documented. According to UNICEF, child brides are at risk of violence, abuse and exploitation. If attending school, they are less likely to remain in the classroom, more likely to experience domestic violence, and have a higher risk of dying during pregnancy and childbirth.

Girls in poverty are more vulnerable to child marriage

For communities like Maindi’s with scarce resources and a reliance on livestock for survival this presents a huge challenge when it comes to protecting girls.

“For the Rendille community Education is not valued since children are considered as readily available labour to help the family look after their goats and sheep,” says Matthew. “Boys and girls as young as two years old stay out in the bush for prolonged periods of time tending to the animals. A huge task bestowed on children.”

Breaking the cycle of early marriage

In 2015, pastor Matthew and his church began partnering with Compassion. Maindi was one of 255 children who was found a child sponsor. She became the first in her family to attend school. 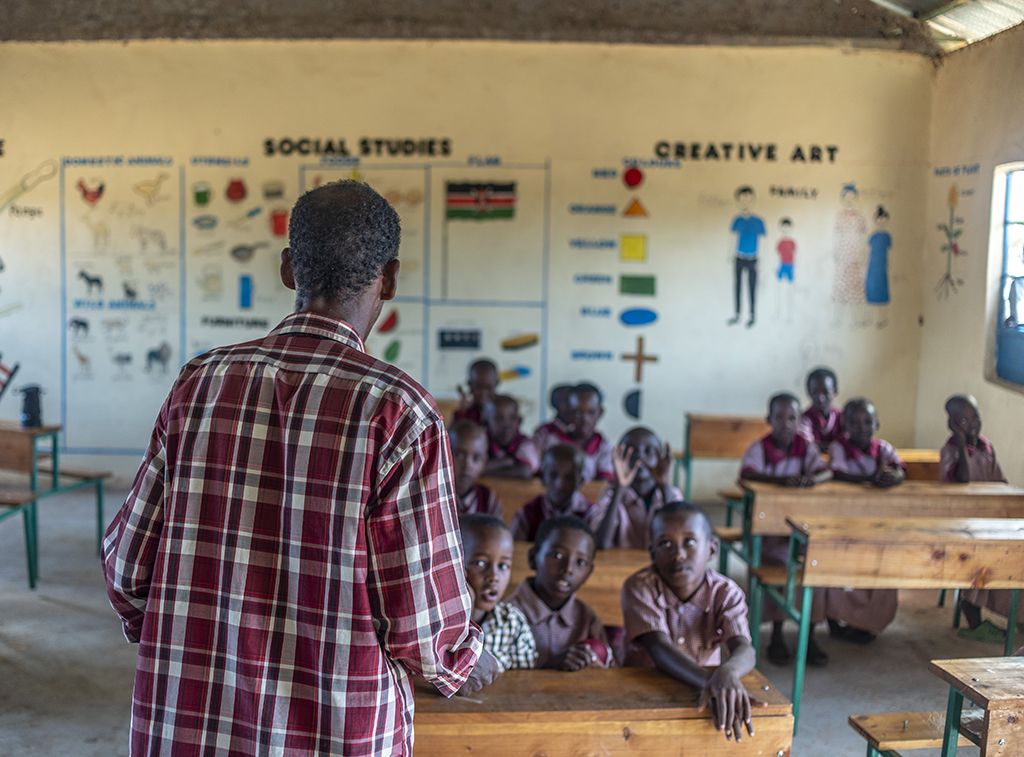 “Maindi is the only one of my children who attends school because the [Compassion] project greatly assists with her school fees and supplies,” says Koreiya. 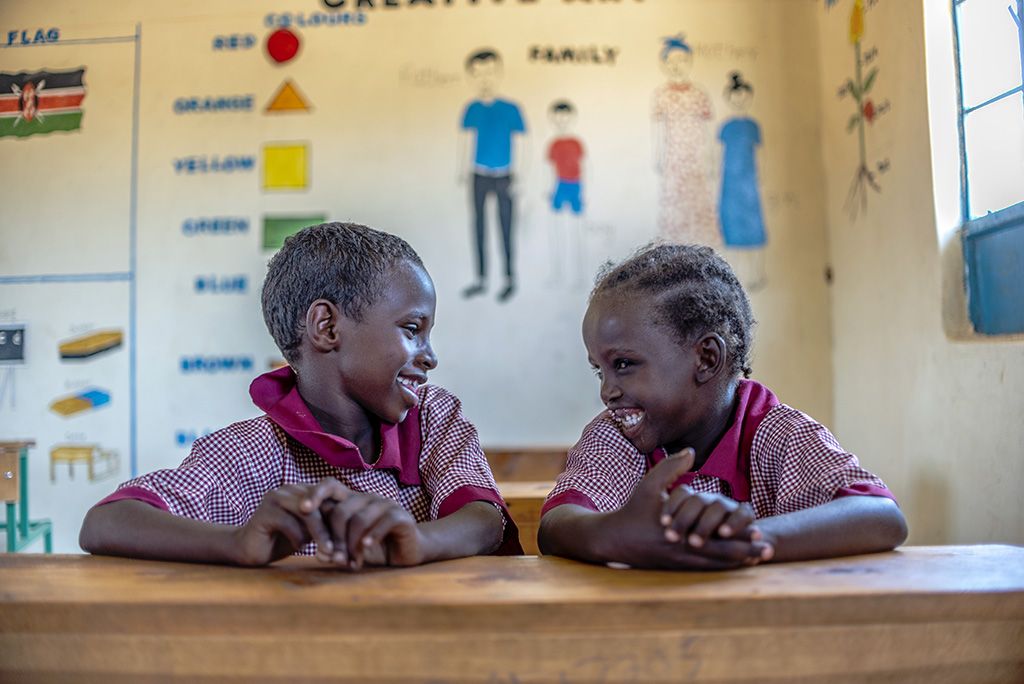 Providing girls like Maindi with an education helps them break the cycle of poverty. Research shows educated women are less likely to marry early and against their will, less likely to die in childbirth, more likely to have healthy babies, and more likely to send their children to school.

You can protect the next girl like Maindi by becoming their sponsor today. 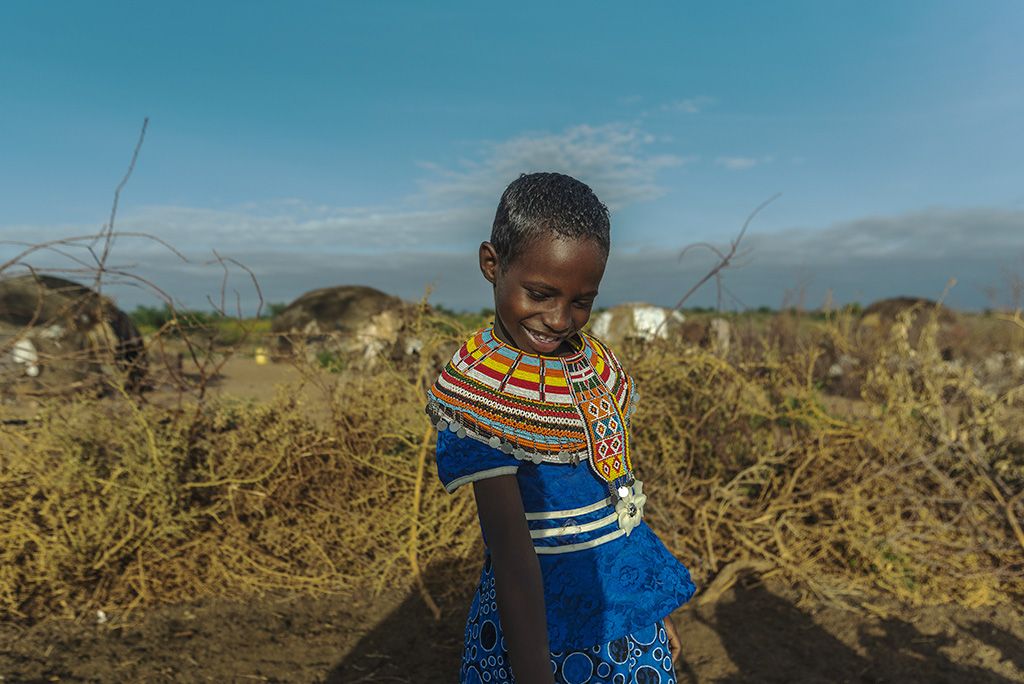 Dressed in a bright cobalt blue dress, a birthday gift from her sponsor, and adorned in colourful beads Maindi prepares to attend her Compassion project which holds activities every Saturday.

Keen not to be late, she’s eager to finish her chores quickly. Hoping skillfully over the fence she swiftly separates the goats and beginnings milking. As she works, Maindi lets a stream of milk fill her cupped hand before raising it to her month to drink, the warm milk running through her fingers and down her arm. 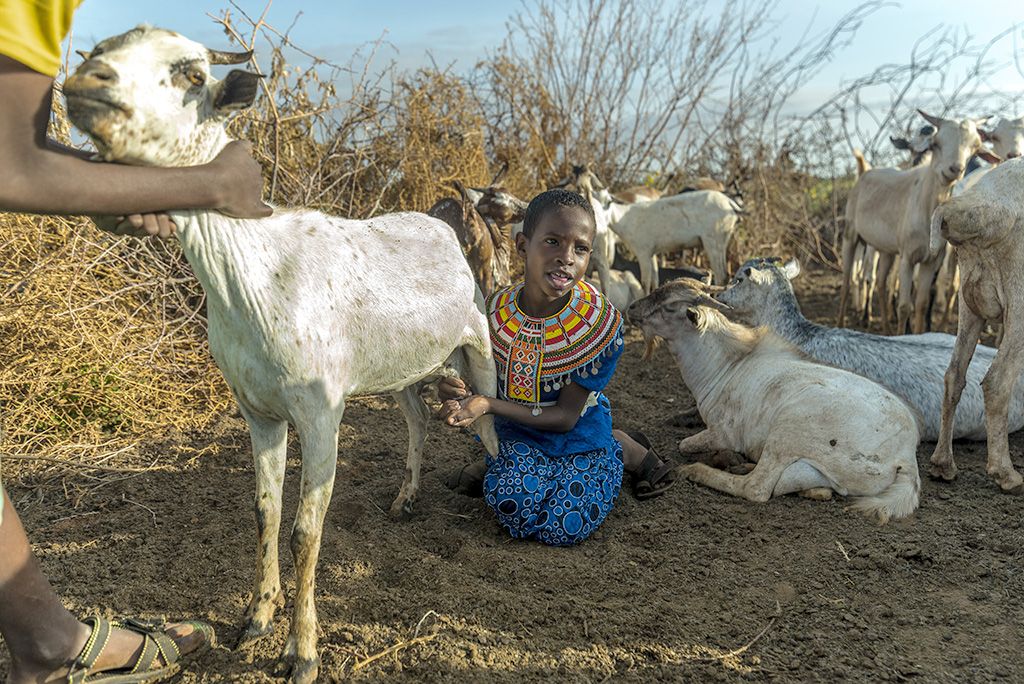 Watching this familiar sight, her mum laughs fondly, “She’s a very cheeky one. That’s her favourite part about milking the goats. But I’m glad she helps around here even with the little things. We are so happy that she is in the [Compassion] project because she can attend school unlike her siblings and hopefully help her family in future.”

Thanks to partners like African Inland Church, Compassion is able to ensure sponsored children are known, loved and protected.

Through culturally sensitive programmes delivered by local churches who understand their community’s social customs and challenges, we’re educating girls and their families about the dangers of early marriage.

Pray for girls at risk of child marriage

For the sake of future generations, we need to act practically and turn to God in prayer. Pray wi...

As budgets are forced to tighten, some families are facing desperate situations. These eye-openin...