Pressure Makes A Diamond: How One Girl Overcame Poverty

Discover how one courageous young woman broke free from poverty in Jesus’ mighty name with the support of her sponsors and her local Compassion project.

Unlike many who enjoy the freedom of childhood and the comfort of knowing that they’re loved and valued, Lidia’s young life was not without challenges.

At just 12 years old Lidia was cooking and carrying out household chores, as well as caring for her younger brother and sister. Required to grow up well beyond her years, this was Lidia’s reality.

She grew up in Bolivia in a violent home, with a father who was often absent, and a mother who left the family, due to the stress of living in an abusive environment.

Lidia’s father refused to support the family financially. Lidia had no choice but to look for ways to earn money to cover their school fees and living expenses.

“When we didn’t have food, we used to sell plastic bottles and batteries. We gathered them from rubbish or from the streets,” Lidia explains. 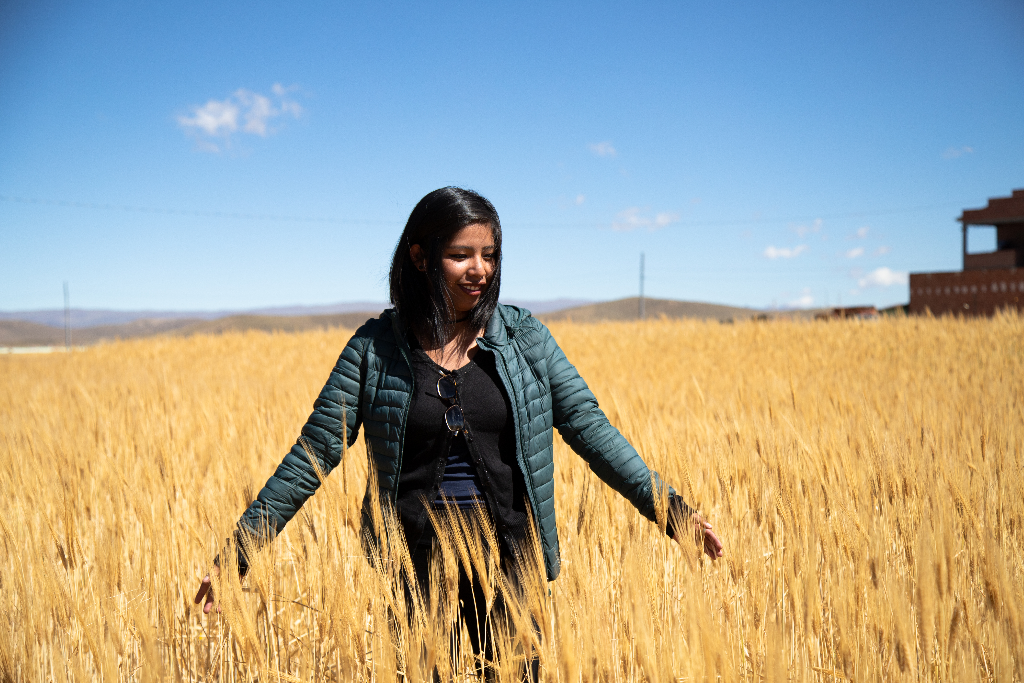 At home, Lidia witnessed physical and verbal abuse. It was part of ordinary life. Lidia would often hide her father’s guns, knives, and anything else that could be used as a weapon. She felt unsafe.

The National Directorate of Special Force to Fight Violence highlights, each day across Bolivia, eight children are victims of physical abuse in the family. Due to the challenges of reporting such abuse, the true number is likely much higher.

When Lidia’s father remarried three years later to a woman with children of her own, Lidia and her siblings felt the enormity of loneliness and neglect again.

“We cried until it seemed that we didn’t have any more tears. We felt great pain,” says Lidia.

“People called us orphans and that hurt very much. That was a stage in my life where I should have been playing like any other child my age, but instead, I had to behave as a person who had obligations.”

Growing into her teenage years, Lidia continued to carry the responsibility of caring for her younger siblings. She worked wherever she could: as a kitchen assistant, selling food, washing dishes, and peeling vegetables until four in the morning.

But Lidia’s story does not stop here. There was hope ahead.

Being able to attend the Compassion project at her local church changed everything for Lidia. She found sponsors to support her and speak words of life and encouragement in their letters. They believed in her and she could dream again.

The Compassion project quickly became a haven. Lidia looked forward to attending each week. The love and joy she felt were such a contrast to the lies that poverty had told her. 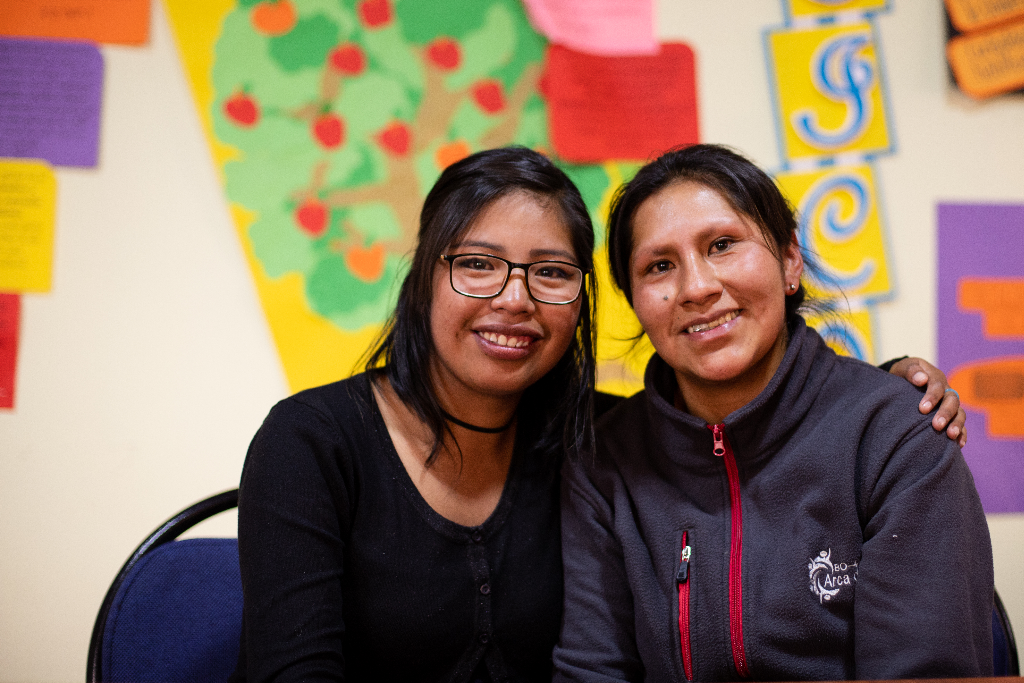 “The project was my second home. Once I got inside, I always forgot all my problems. I felt happy and supported,” says Lidia

“I didn’t feel alone because I had my sponsors who prayed for me. My sponsors and friends Bob and Chery are wonderful people whom God placed in my life. They were always praying for me and sending me letters. I have so much to thank them for.”

When Lidia’s family were struggling, God answered her prayers through the financial family gifts her sponsors sent. Lidia was seeing God at work in her life.

The burdens and responsibilities that had weighed greatly on Lidia began to lift.

“Since I was twelve, I didn’t know what a family was. I did everything for myself. Sister Lidia was my tutor [at the Compassion project], she showed me what a mother’s love is like. When I arrived late to the project, there was always a plate of food waiting for me,” recalls Lidia.

As she grew older, Lidia shared her painful experiences with people she trusted at her Compassion project. Little by little she began to find peace and healing and the encouragement to pursue her dreams.

An opportunity to thrive

Lidia graduated from high school with excellence. At university, she was invited to be a teaching assistant in two subjects. She earned a scholarship and won several competitions.

As part of Compassion’s programme, Lidia also won an entrepreneurship contest to start her own business—a library. The income helps her and her siblings to study and cover some of their living expenses. 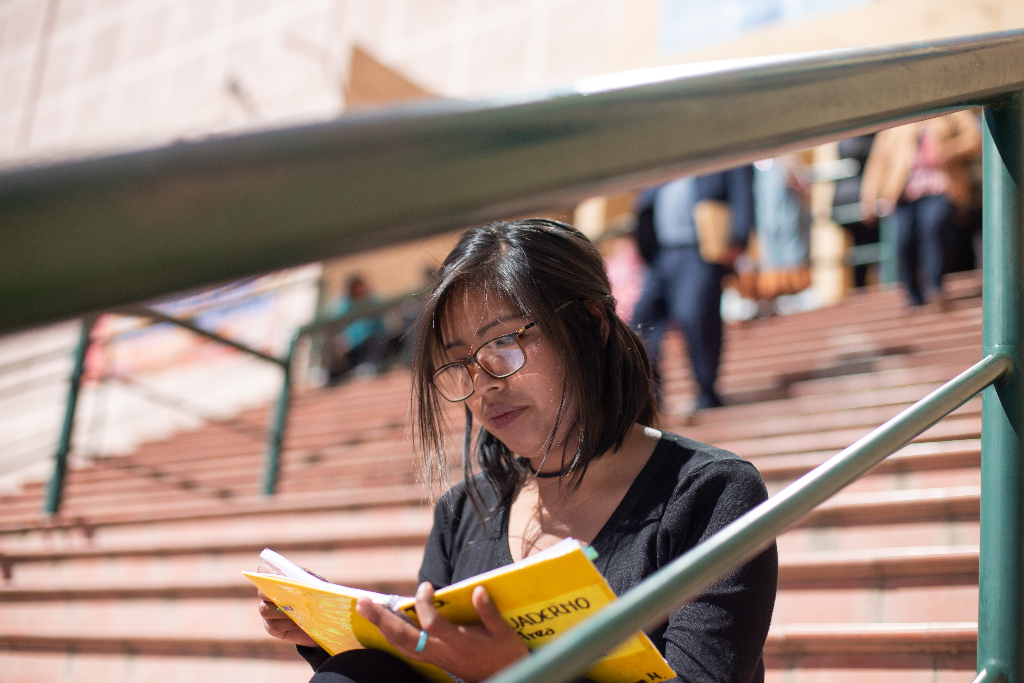 And we know that in all things God works for the good of those who love him, who have been called according to his purpose. Romans 8:28

Today, Lidia uses her childhood as a motivation to help change the lives of others through her career as a social worker as well as running a library. Now age 22 she works at a prison for young women. Speaking life over people who need to hear her story of hope.

“If Compassion didn’t exist, I don’t know if I would be here. If I hadn’t been in the project, I would probably not be studying. Probably, I would be like the youth I work with, in prison, an alcoholic or a drug addict, and nothing would have mattered to me,” says Lidia. 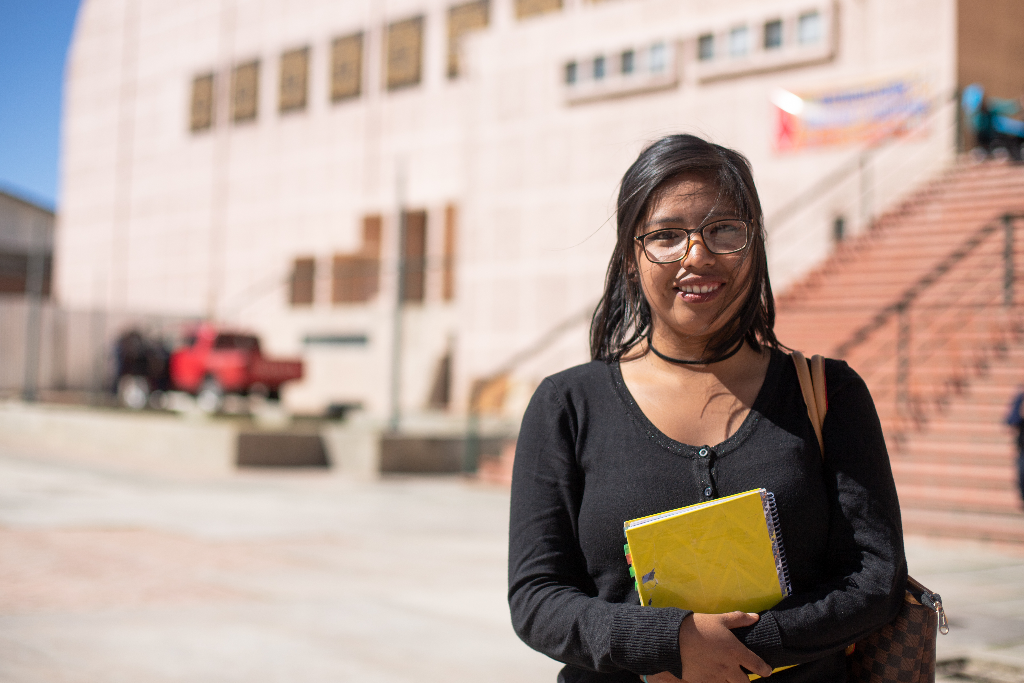 You too can be part of a story of transformation and change. Become a sponsor today and empower young women like Lidia to break free from the chains of poverty in Jesus’ name.

If you think poverty is too big an issue to solve, let’s begin with a child.