Securing Citizenship for a Refugee 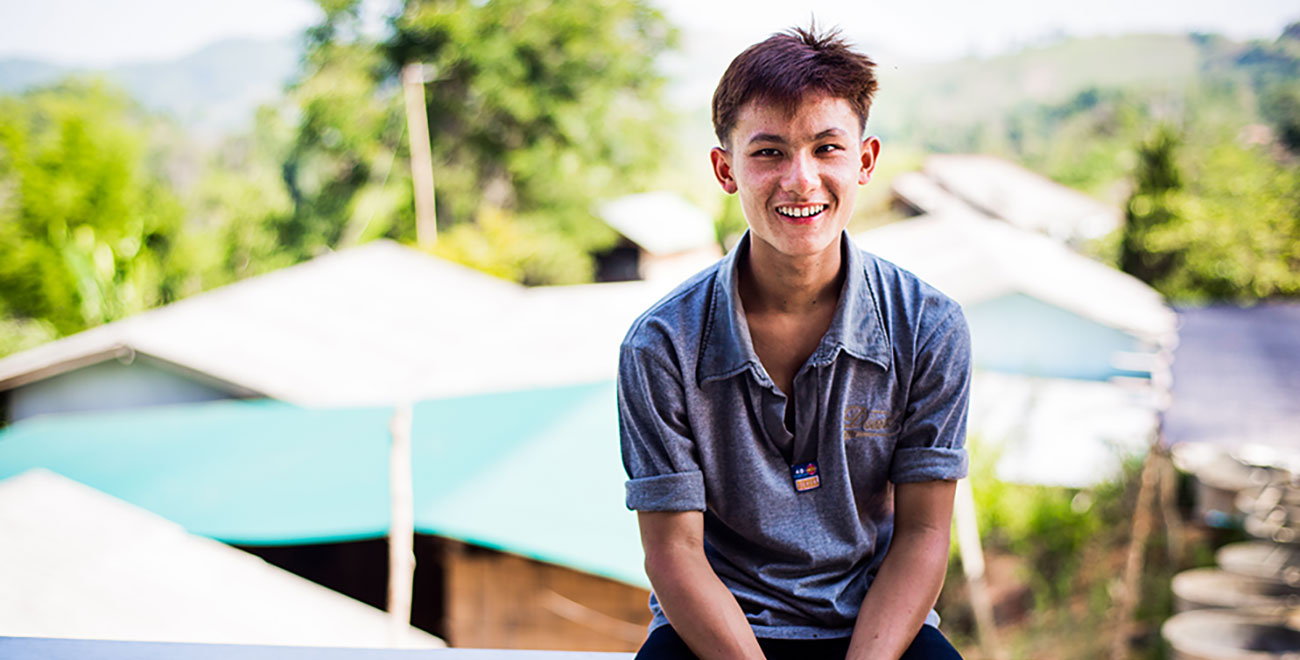 The tears that fall from SombatŌĆÖs eyes are striking. As a towering 17-year-old lad, heŌĆÖs not prone┬Āto crying. He looks down and smiles as he grasps a single piece of plastic tightly. This identity card confirms his new status as a Thai citizen. Before, he had limited access to employment opportunities and healthcare. Now heŌĆÖs excited about what the future holds.

Thailand is home to an estimated 645,400 refugees, asylum seekers and those who the United Nations Refugee Agency defines as stateless. Many of the refugees fled armed conflict in Myanmar (Burma) and have sought refuge in Thailand for decades. Others have recently travelled to the country, living in temporary shelters with no legal way of making a living.

Thousands of stateless people have never been registered as Thai and have now lost their connection with their countries of origin. New regulations mean they can confirm their Thai identity, however all too often poverty stands in the way.

Seeing the urgent need, a special team at Compassion ThailandŌĆÖs office is┬Āworking tirelessly with government agencies to help eligible children receive their citizenship. To date, almost 100 children have received full citizenship thanks to dedicated staff members standing in the gap and liaising with the authorities.

Children are not only being given security for the future, they're gaining protection in the present as citizenship safeguards┬Āagainst child trafficking.

ŌĆ£Sombat comes from a very difficult background,ŌĆØ explains his Compassion project director Worawut. ŌĆ£His mum had to raise him and his siblings alone. TheyŌĆÖre in poverty.ŌĆØ Sombat has grown up without his father who is in prison after getting caught up in the drugs trade. SombatŌĆÖs mother Aya, a quiet but determined lady, has had to fight hard to care for her four children. 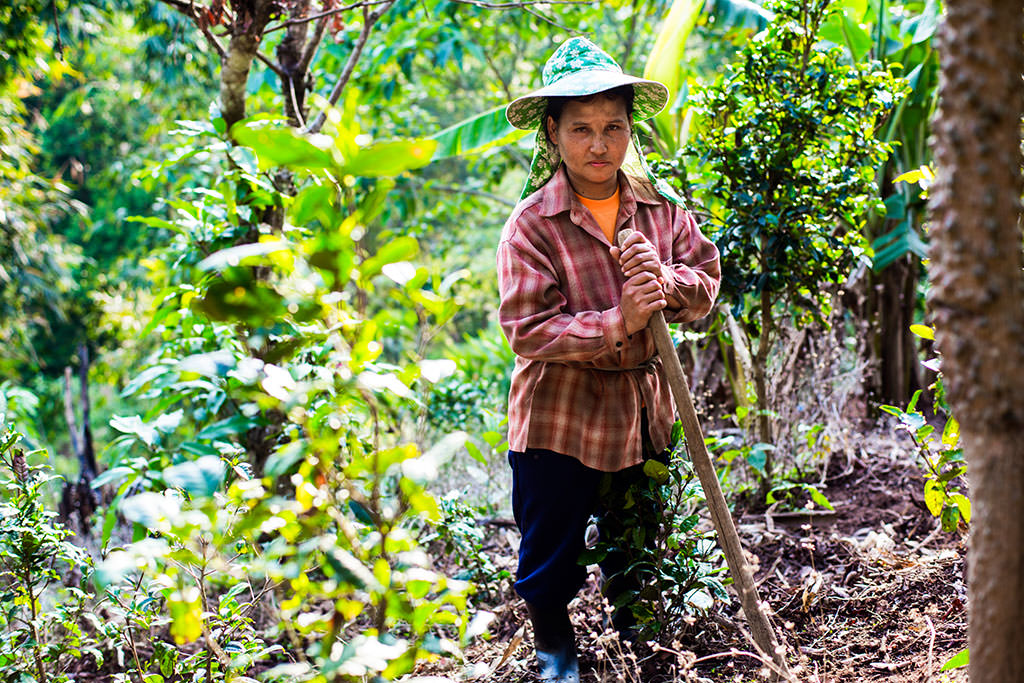 SombatŌĆÖs lack of citizenship made life even harder for the family. ŌĆ£Before he had his citizenship, I was so worried,ŌĆØ Aya explains. ŌĆ£It was very heavy on my heart that Sombat would not be able to do things that the other children could do. He did not have the opportunities they did. You couldnŌĆÖt travel or just go and find work like everyone else.ŌĆØ

"Not having an identity is a very discouraging thing" confirms Sombat. "Without it you have to pay a lot to go to the hospital and you have to work very hard and you donŌĆÖt have any protection from the police."

Aya reflects on┬Āan agonising occasion when her son fell ill and ŌĆ£there was no one to help me, no one to translate. I took Sombat to the hospital and the doctors told me there was nothing wrong with him. They did not want to treat him because he did not have citizenship and they did not think I would be able to pay for the treatment.ŌĆØ

In partnership with the local church, Compassion Thailand has come┬Āalongside the family to secure a birth certificate and complete the required documents for Sombat. Aya has never been taught to read or write. She doesnŌĆÖt speak Thai. Without help, legal citizenship would have been out of reach for Sombat. ┬Ā 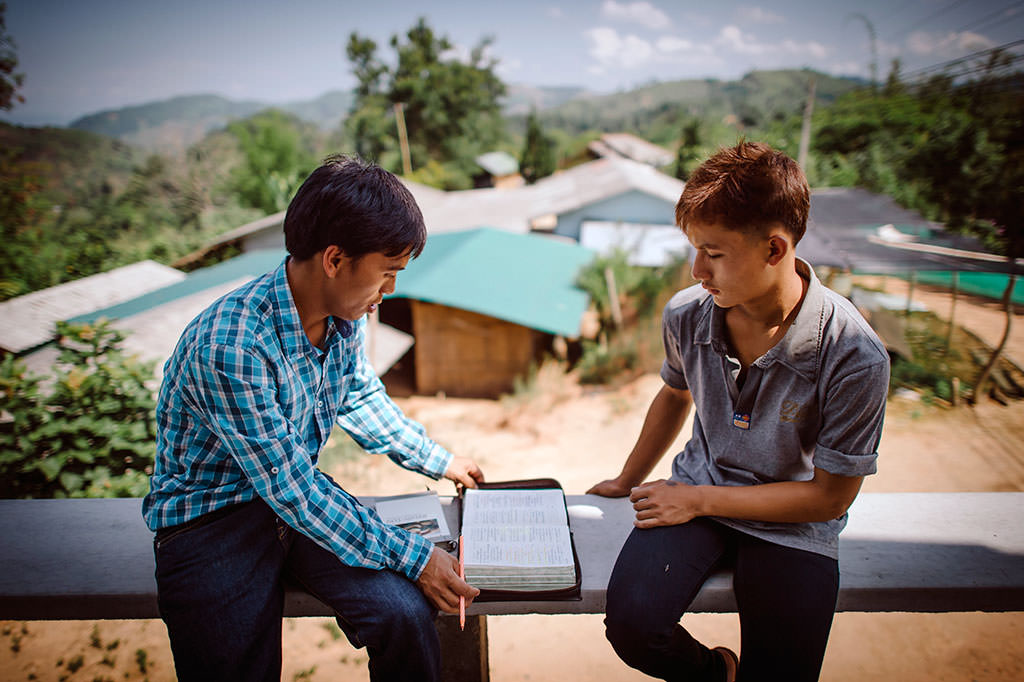 ŌĆ£The day we went [to collect my documents] I was very happy,ŌĆØ Sombat reflects. ŌĆ£We drove a long way to get there and I stood in line a long time.ŌĆØ Sombat smiles as he pulls out his new identity card and shows it off. ŌĆ£This is my identity card. It proves that I am Thai.ŌĆØ His eyes filling with tears, he says, ŌĆ£To everyone who helped me, thank you.┬ĀNow I have education and a future."

Father God, we thank you that you care deeply for children and families around the world who have been displaced from their homes. We pray you would protect those fleeing violence and persecution. Watch over children, who are often the most vulnerable.

We give thanks for the work of Compassion Thailand and the local church. Provide for them as they help stateless children to secure their citizenship. Amen

Pray for refugees as the worst refugee crisis since the Second World War continues.

In photos: 6 teen entrepreneurs lifting their parents out of poverty

Pray for the parents of children in Honduras who are unable to find work to provide for their families.

Pray for children at risk this Christmas

Pray for children fleeing the violence in Syria.

Volunteer in the Compassion post-room!

Could you be a part of the team and help us open the sack loads of children’s letters we get each week?

Compassion UK makes no.15 in Sunday Times Best Not For Profit Companies

We’re passionate about our mission to release children from poverty.

An interview with global development advocate and local MP for Stafford, Jeremy Lefroy.

Sponsorship is changing the lives of children fleeing violence.

Sewing Out of Poverty

Tizita is now running her own business thanks to the vocational training she received as a sponsored child.