“I thought I was rubbish, but I am not”

Healing for Ana and baby Cristal.

Unworthy, ugly and unwanted. That is how Ana* from Guatemala felt after a series of traumatic experiences during her childhood: successive rape, gang membership and a miscarriage.

After so many years of feeling vulnerable to sexual assault, she decided to learn how to fight.

I wanted to be able to defend myself. I never wanted anyone else to lay a finger on me.

Ana felt abandoned by the people from her church and her family. Her only comfort came from a group of gang members she had met on the streets. They quickly became friends and illegal activities became part of her daily life. ŌĆ£After I was raped, I got lost. I became a cold, violent criminal," she describes. "I mugged people and became an accomplice to my friendsŌĆÖ crimes.ŌĆØ

When she turned 17, Ana met Samuel, a 22-year-old police officer. ŌĆ£Our relationship developed quickly. After three months of dating, he won my heart, and that made me quit the gang,ŌĆØ Ana recalls. ŌĆ£He was also trying to convince me to have his child, but I was not sure.ŌĆØ She had so many questions, ŌĆ£The world is a bad place. Why would I bring a child into it to suffer like I suffered?ŌĆØ

Ana became pregnant with SamuelŌĆÖs baby. When her┬Āmum heard the news, she kicked Ana out of the house onto the streets. To make things worse, on one of the few occasions when Samuel was home, Ana discovered┬Āthat he was cheating on her. ŌĆ£When I confronted him about the other woman, I asked him to choose between us, and he chose me. But I became a burden to him, and I stopped taking care of myself and my pregnancy.ŌĆØ

Ana did not know it at the time, but the stress and poor care of her body would soon take a toll.

In the meantime, Ana's aunt told her about a Compassion┬Āproject that had just opened near her house. It held special activities for pregnant women and babies called the Child Survival Programme. Ana soon developed a close friendship with one of the tutors, Sister Rosa.┬Ā

ŌĆ£I did not think much of it, but I started attending anyway,ŌĆØ Ana explains. But she only attended a couple of meetings before tragedy hit again and she miscarried four months in to her pregnancy.

AnaŌĆÖs feelings of guilt came back stronger than ever. ŌĆ£I had hurt my baby. I did not want to exist anymore. I kept repeating in my mind that I was a bad woman and that I had only brought a baby into the world to suffer. I was convinced that I deserved punishment,ŌĆØ Ana says.

She stopped going to the project and Sister Rosa became worried and made contact. ŌĆ£I was very ungrateful and told Sister Rosa about my miscarriage, but I did not want her support,ŌĆØ Ana admits. With great sorrow, Sister Rosa saw Ana leave the programme.

Almost 11 months after she lost her baby, Ana had her mind set that she wanted to get pregnant again. The doctors said it wouldnŌĆÖt be possible, but Ana became pregnant a second time. This time Samuel made sure to take good care of her. But in the second month of her pregnancy, the doctors told her she was going to lose this baby too.

This time however, Ana was not alone.

Sister Rosa had found out that Ana was pregnant again and enrolled her back into the programme.┬ĀShe regularly called┬ĀAna to see how her pregnancy was going. ŌĆ£Sister RosaŌĆÖs words gave me strength,ŌĆØ Ana remembers. During her seventh month, two months too early, Ana went into labour. ŌĆ£I prayed to God. I told him I needed a child. I said, ŌĆśIf you give me the child I am asking for, I will surrender my life and my childŌĆÖs life to you,ŌĆÖŌĆØ Ana explains.

Both Ana and the baby survived but the baby had to fight for her life in her first few weeks and months.

ŌĆ£When my baby was in the hospital, I went through so many processes. I slept on the floor of the hospital, because there was no room. I lost my breastfeeding milk. But God promised me my baby, so I knew she was going to live,ŌĆØ Ana says. After two months, Ana was able to take her baby home. 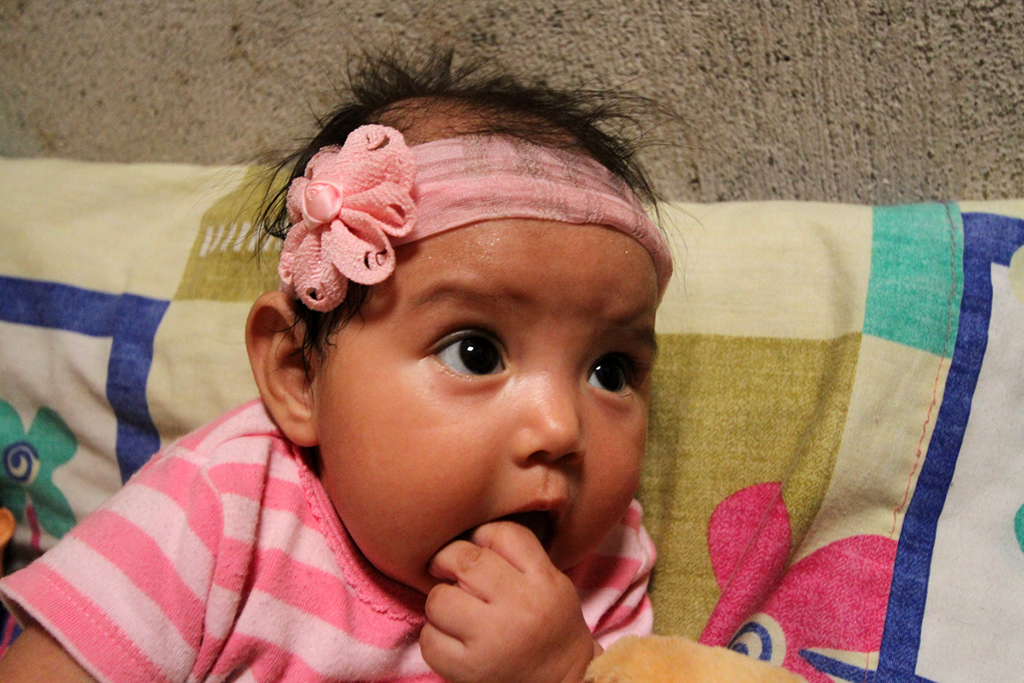 Ana decided to name her baby Cristal, because she was so fragile and small - her veins visible through her transparent skin. Initially Ana was frustrated that she could not feed her and did not have the money to buy milk. But the project provided her with formula to help Cristal gain weight.┬ĀThey also provided fortified drinks for Ana so she could start producing milk again.

During those two months Ana became closer to God and the staff from the programme. She was able to finally open up and she allowed God to heal her hurt and pain.

The tutors made me see that I am a strong woman. I thought I was rubbish, but I am not. I learnt that I have love in my heart, but especially, I was able to learn that Christ loves me and that He does exist.

A few months┬Ālater, Ana and Cristal attended a reconciliation retreat organised by the project. ŌĆ£I made up with God. I had prayed, but I had not actually reconciled with Him. That day I felt God speaking to my heart and telling me to fulfill my promise of serving Him with my life and so I did,ŌĆØ Ana beams. 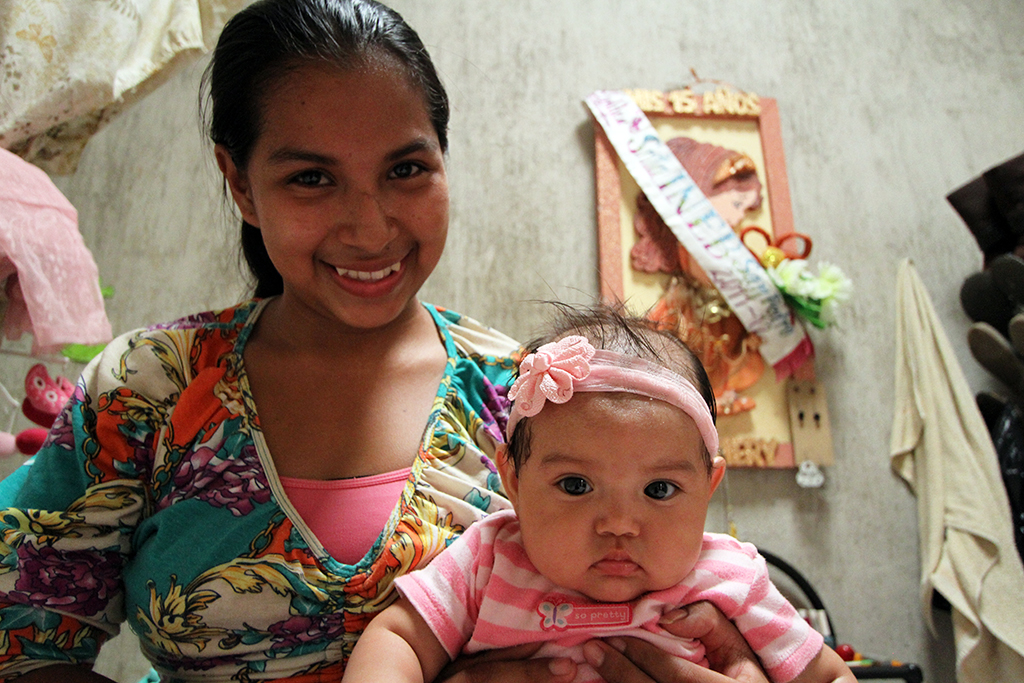 Little by little, Ana began to serve at the monthly meetings. She now helps other mothers think through scripture and ministers during worship time. She has also become an example to her husband who now attends church with baby Cristal.

ŌĆ£I am thankful for the second chance I got and for all the physical, moral and spiritual help I have received here [at the Child Survival Programme],ŌĆØ she says gratefully. ŌĆ£I am not the woman I used to be. I know now that I am worth it and it changed my life.ŌĆØ┬Ā

*All names have been changed to protect identities. The mother requested that her name be changed, but gave permission for her image to be used.

Be encouraged in your prayer life during this challenging season with this collection of prayer j...

Let this collection of Bible verses bring you perspective as we head into 2022.

Look after yourself this new year with tips inspired by the quality children receive in the Compa...