A Matter of Survival: Ama’s Story of Hope and Transformation

Read Ama's story and see how our Child Survival Programme in Togo, with the support of UK Aid, is helping empower women to transform their lives.

Ama sat in the moonlight that streamed in through the hole in her roof. Her hunger pains were so fierce they kept her awake. She clutched a steaming cup. Then, closing her eyes, she lifted the hot water to her lips, trying to convince her mind it was porridge. It was a trick her grandma taught her. For a little while, it would keep her hunger at bay. 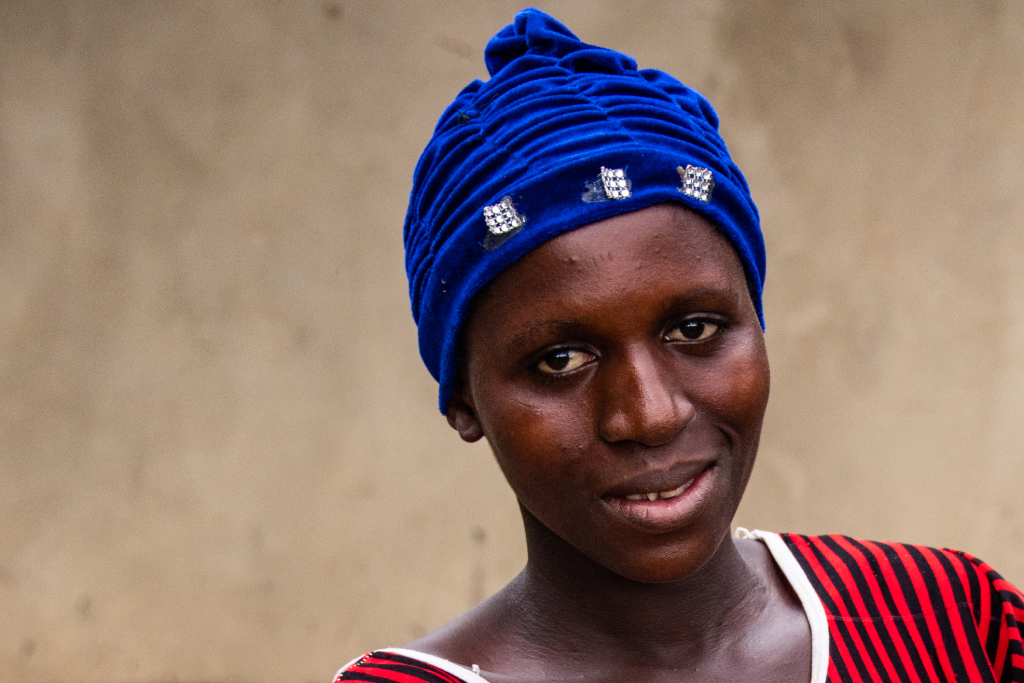 Life can be difficult in Togo. Poverty is a significant challenge. In the rural areas where Compassion projects are based, approximately 69% of households live below the poverty line.

This economic vulnerability, and the many hardships that come with it, have severe consequences for Togolese women and children. It’s a terrible reality that one in 20 babies don’t reach their first birthday, and women have a one in 58 chance of dying in pregnancy or childbirth.

Ama tried begging for food for her toddler from her neighbours, but they’d grown tired of her frequent pleas. Ever since she’d told her husband she was pregnant, life had become a nightmare. He’d disappeared. At first, Ama thought he just needed time to process the news.

“I searched for my husband, but he was nowhere to be found. Then his friend informed me that he had travelled to a foreign country,” she says bleakly.

The 22-year-old single mother now had to fend for herself. She laboured on local farms or sold mangoes on the street. But, despite her efforts, neither job provided enough income to support her and her son, Esso. 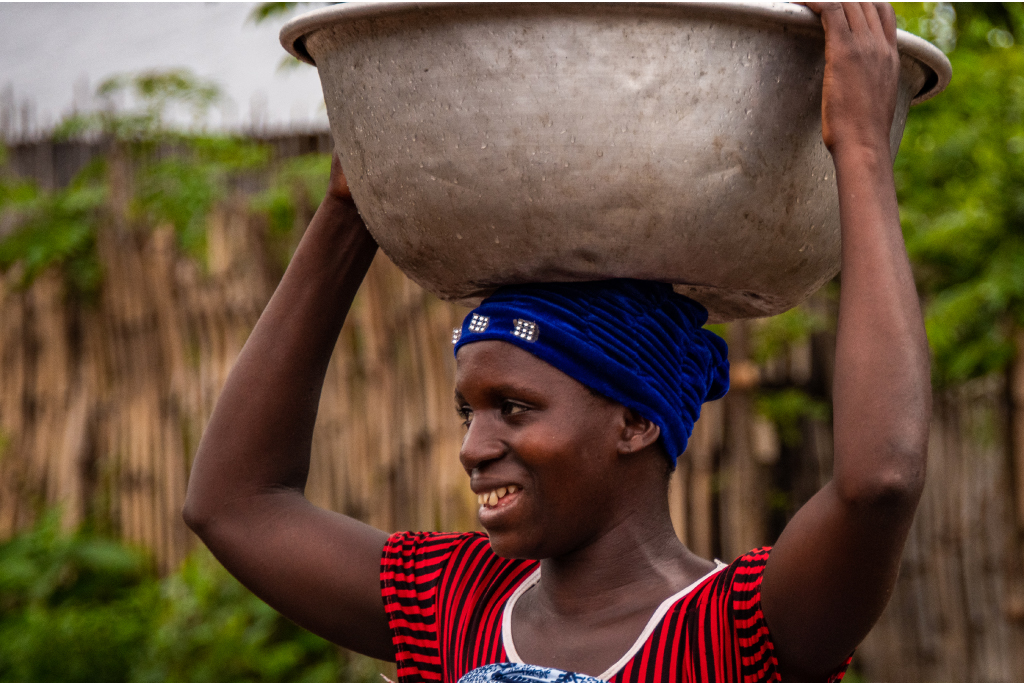 The depressing living conditions and daily struggle to feed Esso chipped away at Ama’s dignity until she felt worthless.

“I couldn’t consider myself a human being, I was so miserable,” she says. Seeking to escape her challenges, she turned to alcohol. “I believed consuming alcohol would drive away my problems,” she says.

“I didn’t know alcohol was harmful to a pregnancy.”

Fortunately, Ama’s desperate situation hadn’t gone unnoticed in her close-knit community. A neighbour told her that pregnant women were being registered into a Child Survival Initiative at the local church to receive support. The news brought a spark of hope. She travelled to the church to find out more. Ama was now five months pregnant.

When she heard she had been accepted into the programme, Ama was relieved.

“At last, my sufferings will be over,” she responded.

Ama, who’d never been able to afford a prenatal check previously, could now visit the hospital and see a doctor. The monthly food baskets and hygiene kits transformed her living situation. She was finally healthy—and hopeful.

“I stopped being dirty thanks to the soaps included in the hygiene kit. I had rarely used soap before—I could not afford it,” says Ama. “I said to myself, ‘I’m a human being!’”

However, alone at home, she recognized that all was not well. Alcohol had become a crutch to the point of addiction. She confessed her struggles to Sophie, a worker at her Child Survival project, expecting judgment. Instead, she found support.

Sophie and the team provided information on the danger of consuming alcohol during pregnancy and provided the practical support she needed to overcome her habit.

With their love and encouragement, Ama began attending church. Slowly, surely, she cut back on her drinking. By the time she was eight months pregnant, she was sober.

“I will always testify that it is a spiritual deliverance for Ama to stop consuming alcohol,” says Sophie. “It is a miracle.” 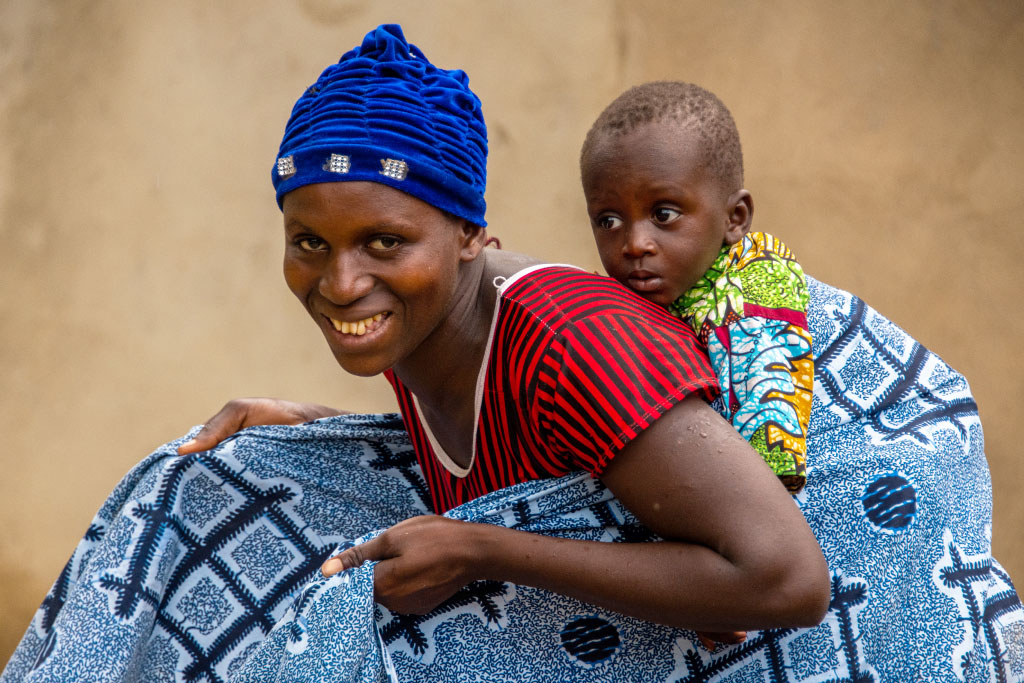 One month later, baby Dieudonne entered the world. But Ama’s challenges weren’t over. Her tiny baby was underweight at birth and struggled to feed. Then, at six months old, he stopped feeding entirely. At seven months, he weighed just five kilograms—the average weight of a two-month-old.

A doctor confirmed the baby’s struggles were possibly due to the high quantity of alcohol Ama had consumed during pregnancy.

Little Dieudonne received vitamins, a special diet, and lots of love and prayer with the centre’s support. At 12 months old, he still couldn’t stand or hold himself up. But seven months later, he had a spark in his eye and energy in his limbs.

For the first time, Ama could look at her son and see a hopeful future. 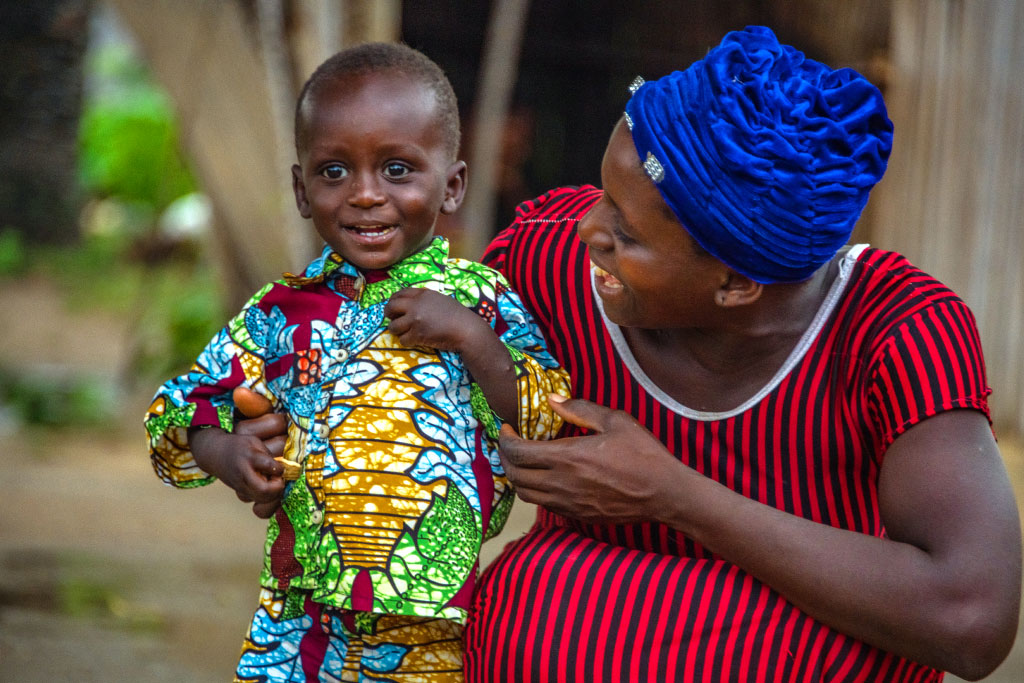 Compassion’s Child Survival Programme empowers mothers with income-generating activities so that they can provide for their families. Together, Ama and the staff decided she would make and sell soya-bean cheese. Supported with the capital and equipment she needed, Ama soon had a growing business.

Today, Ama has moved into a secure rented room with her sons, confident in her ability to pay the rent and put food on the table. Her days of sipping hot water to try and keep hunger pains at bay are over. And with the tireless support of the project staff, she knows she can overcome life’s challenges. 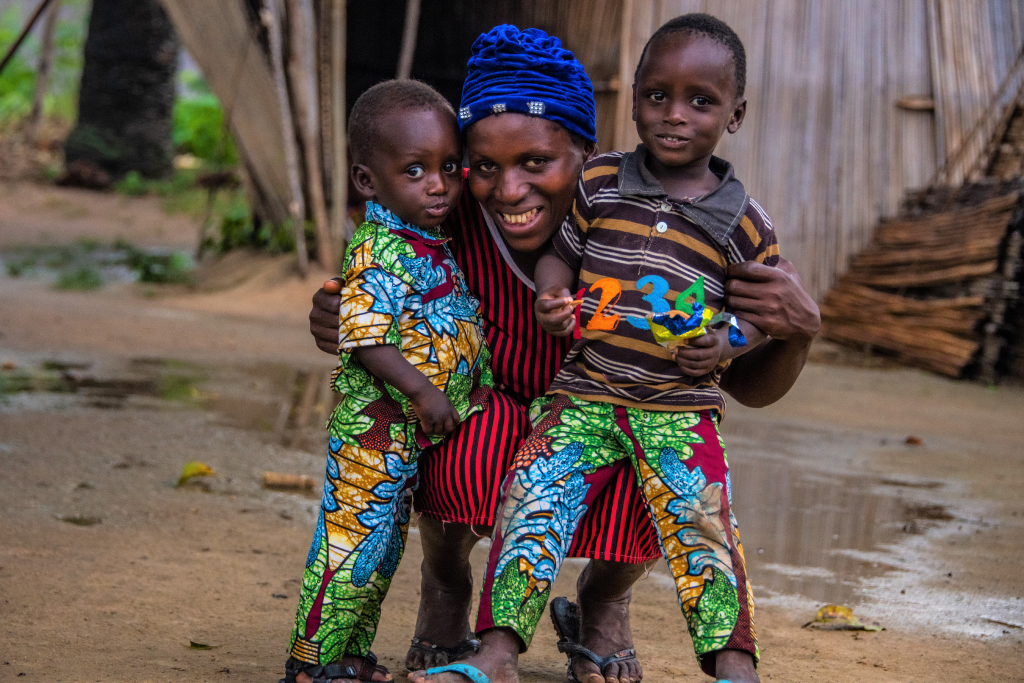 “If the centre hadn’t helped me, I don’t know whether I would still be living or dead. I don’t know what would have become of my son Dieudonne,” says Ama. “I am grateful. May God bless all Compassion supporters and reward them a hundredfold.”

You too can help support a mother and baby, like Ama and Dieudonne, through our Child Survival Programme.

This work has been made possible by the generous support of sponsors and donors and UK AID which matched public donations to the ‘Different Path’ appeal which enables Compassion to improve pregnant women’s access to antenatal check-ups and trained birth attendants, offer life-saving assistance including basic healthcare, hygiene, nutritious food and safe water, as well as providing mentoring, support and spiritual guidance for families.