When Emmanuel was accused of witchcraft, Compassion staff made a daring rescue. 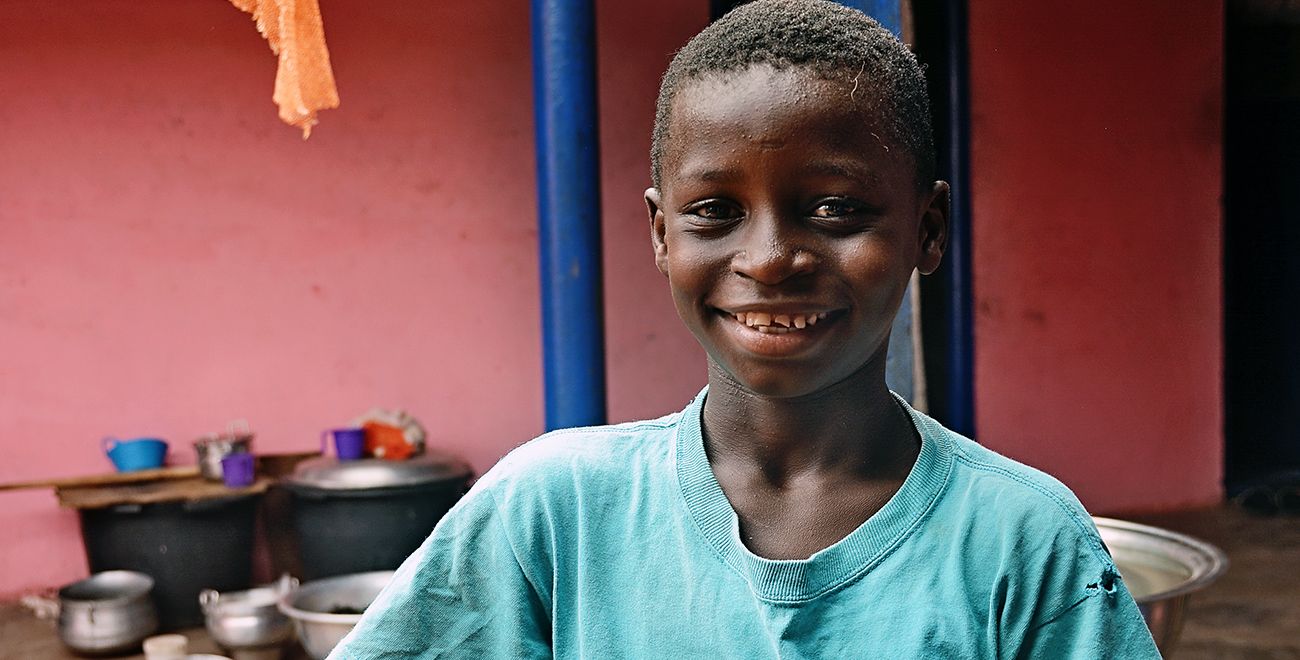 ŌĆ£They said I was a witch ŌĆ” that I put sickness on people. They said I caused every bad thing that had happened. I donŌĆÖt know if itŌĆÖs true.ŌĆØ

ŌĆśI donŌĆÖt know if itŌĆÖs true.ŌĆÖ Every time I read EmmanuelŌĆÖs words they break my heart. Why? Because heŌĆÖs a ten-year-old boy from Ghana who stood out for being assertive.

ŌĆ£I was taken there [a camp] because they said I was a wizard and the man there would take the witchcraft out of me.ŌĆØ

Emmanuel was accused of witchcraft by his aunt, Gifty. For centuries, witchcraft has been used in Ghana to explain not just evil, but natural phenomena, from little-understood genetic conditions and mental illness to crop failure. Believing her nephew was possessed by evil spirits, Gifty thought sending him away to a witch camp would help cure him. 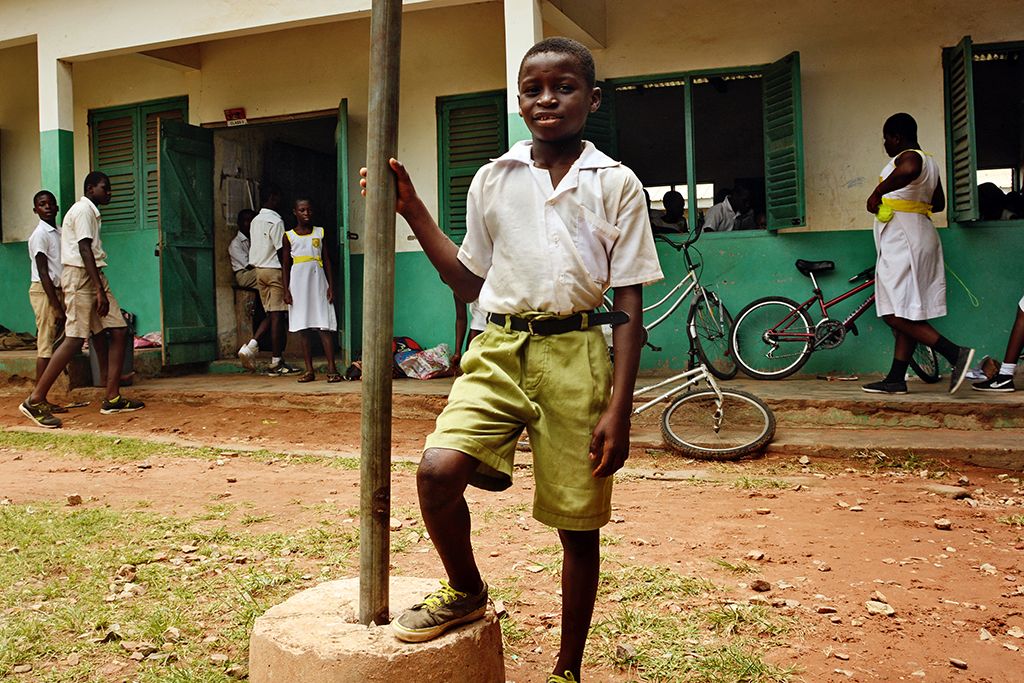 Abandoned and alone, thankfully the local church knew Emmanuel, immediately noticed he was missing and came to his rescue.

Punished for being assertive

Emmanuel was 5-years-old when he first joined his church-based Compassion project and found a child sponsor. Unlike his shy classmates, Emmanuel stood out as a curious young boy who was always asking questions. The project workers and volunteers loved his happy, polite, assertive personality and encouraged his inquisitive character.

At home however, it was a very different story.

Emmanuel was adopted by his aunt, Gifty, after his mum could no longer care from him due to ill health. Despite all the positive qualities the project workers saw, Gifty believed his outgoing personality was a sign of something far more sinister.

To the project workerŌĆÖs surprise, she started bringing bad reports, saying Emmanuel was too assertive, too noisy and asked too many questions. Despite their best efforts to persuade her to have patience, it was not long until she stormed back to the project office.

This time her accusations were far more serious. She told the project workers that a ŌĆśspiritualistŌĆÖ in their community had confirmed that Emmanuel was operating under witchcraft.

The project workers were alarmed. In their community and other parts of Ghana, accusing someone of witchcraft can have very serious consequences. The accused can be banished from their families, while others escape to witch camps for safety, usually to avoid being stoned or lynched.

Philip, the project director knew he had to act careful to protect Emmanuel. So, he suggested the pastor pray with Emmanuel. 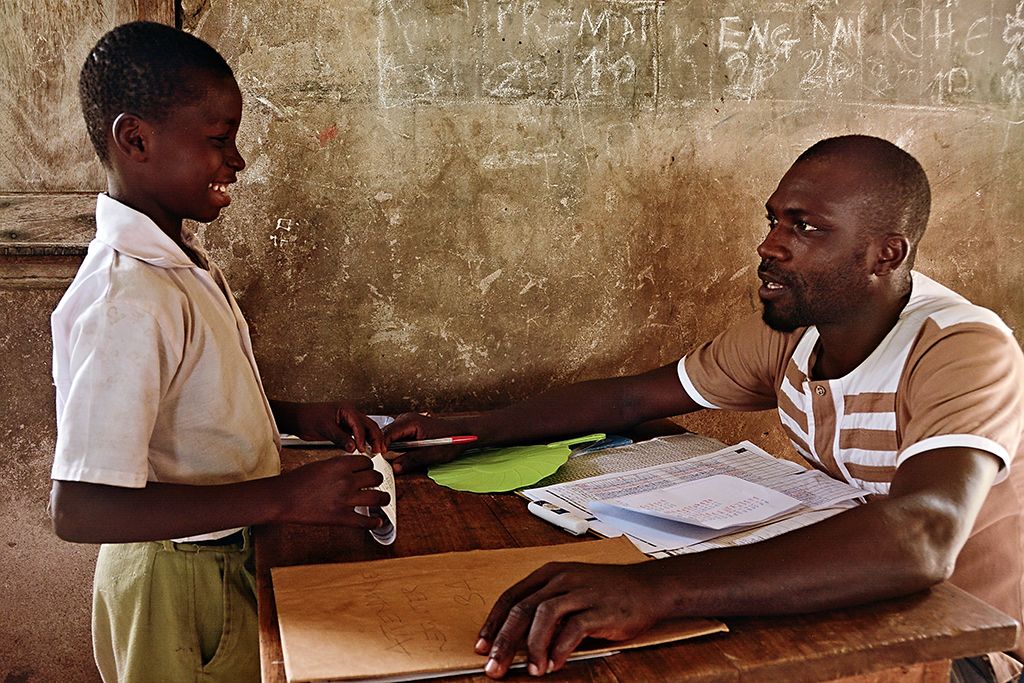 ŌĆ£If you believe that Emmanuel practices witchcraft, then you know that this is a spiritual thing which is beyond us, mere men,ŌĆØ he told Gifty. ŌĆ£So, allow us to refer this to our pastor to handle it from here. And let us all pray for Emmanuel.ŌĆØ

For weeks Emmanuel and the pastor met daily to pray. This meant someone was always checking on EmmanuelŌĆÖs welfare. And there was someone to notice when he went missing.

The pastor raised the alarm and straight away the project contacted Gifty. She explained Emmanuel had gone to visit his grandmother in the village and assured them that he would return as soon as the schools reopen.

This did not happen.

Schools resumed but Emmanuel didnŌĆÖt return. Gifty kept giving excuses about her lack of time to travel and bring Emmanuel from the village. Several weeks elapsed. Still, Emmanuel did not return. The workers became suspicious and decided to delve deeper.

They found out that Emmanuel had been sent to a camp and left there. Gifty denied it and insisted that Emmanuel was with his grandmother in the village.

No amount of persuasion could make Gifty disclose where Emmanuel was or bring him back.

Determined not to give up, the project contacted a specialised unit of the Ghana Police Service and the Department of Social Welfare, a government agency responsible for the promotion and protection of the rights of children. A warrant was issued for GiftyŌĆÖs arrest, unless she disclosed EmmanuelŌĆÖs whereabouts.

Finally, she led the project social worker to an isolated place in a forest, the witch camp, where Emmanuel had stayed for over three months. There they found a circle of clay huts without doors in a clearing surrounded by dense trees. Inside were children whoŌĆÖd also been accused of witchcraft sleeping on star mats on the floor.

Each day Emmanuel was given a bitter concoction to drink that left him violently retching; it was meant to purge the spirit from his stomach. ŌĆ£Because of that I used to feel pain in my ribs and the area between my chest and stomach,ŌĆØ explains Emmanuel timidly.

The social worker was able to negotiate EmmanuelŌĆÖs release and brought him back to the community.

Breaking down the stigma

Despite being rescued from the camp, Emmanuel was worried how he would be treated when he returned home.

ŌĆ£Those times [before] everybody insulted me. They said I did a lot of things I donŌĆÖt understand. All my friends stopped playing with me because their parents told them that I would kill them. I felt that everybody hated me and they treated me badly,ŌĆØ says Emmanuel.

Still shaken by the accusations his friends and neighbours made, Emmanuel now has access to a series of counselling sessions thanks to donations made to Compassion's Interventions Fund. 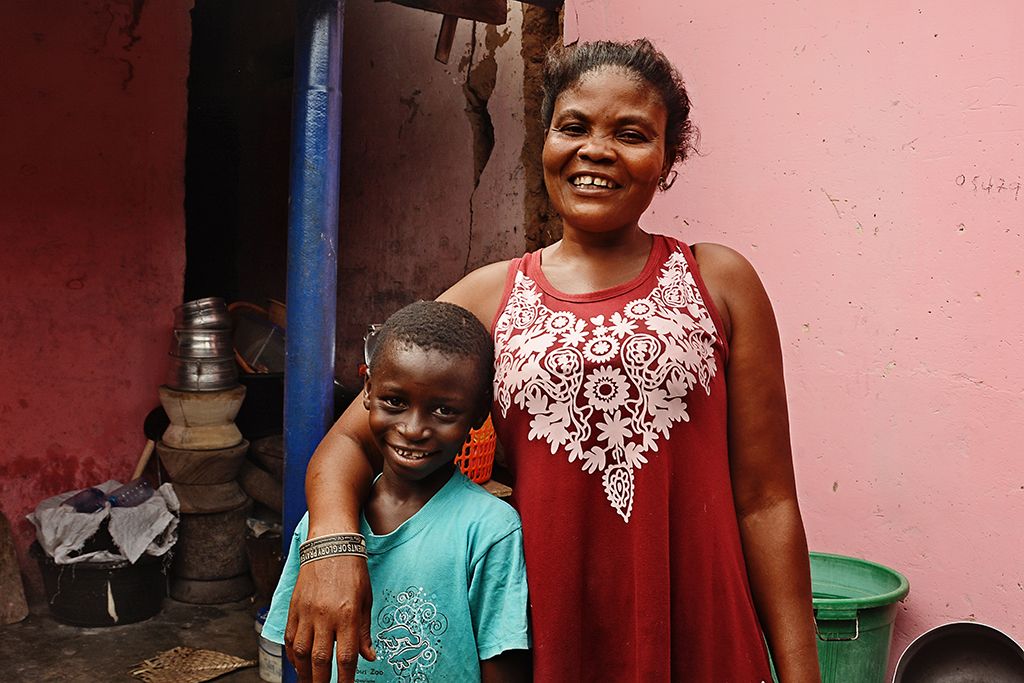 At the project, they tell him he is fearfully and wonderfully made; that his outgoing personality is something to be celebrated. ItŌĆÖs a message theyŌĆÖve shared with Gifty, family members, neighbours and the wider community; cautioning them against any form of ill-treatment towards Emmanuel or any other child. Progress is being made.

Since I came back from the forest, my aunt has been kind to me. Many people have stopped calling me a wizard. Somebody told me that the teachers at the project came to talk to all the people to stop doing those things to me. So I am happy now.ŌĆØ

The love that rescued Emmanuel is also restoring him. Despite being a little more reserved, the project workers have noticed his cheeky grin beginning to reappear. They hope in time, he will return to the fun, inquisitive, confident Emmanuel they know and love.

After 26 years without even a photo of his father, discover how Christian was reunited with the family he believed he’d lost during the 1994 Rwandan genocide.

Can Kindness Transform A Child’s Future?

Child sponsorship programme, Graduate, It works, Tanzania, what we do

An Exciting Update from Our Church Partners Around the World

Learn more about how our incredible church partners are serving children during this season.