Leaders from around the globe gathered in Glasgow for one of the most pivotal moments as we tackle climate change. Here’s what you need to know about COP26, why it matters and how you can pray.

The climate crisis affects all of us, but it’s those living in extreme poverty who are being the first and hardest hit. This year alone we’ve seen devastating cyclones across India and Bangladesh, billions of locusts destroying crops in Kenya, and the first climate change induced famine in Madagascar which has left more than 1.1 million people in some kind of severe food insecurity.

Without urgent action, the World Bank estimates that climate change could push an additional 132 million people into poverty in the next ten years. That’s on top of the health and economic impact of COVID-19 which also threatens to undo hard-won development gains.

It’s against this backdrop that the UK will host the United Nations’ annual climate summit, otherwise known as COP26, in Glasgow this month.

With the latest UN climate change report signalling a "code red for humanity," we have a once-in-a-generation opportunity to act, and the decisions made at COP26 will be critical to this.

Discover what COP26 is, why it matters, and how you can pray.

What is COP26 and why does it matter?

Between 31 October and 12 November, the UK will host the 26th UN Climate Change Conference, also known as COP26. Taking place in Glasgow, COP26 will bring together governments of practically every country, alongside climate experts and campaigners.

This is a pivotal moment in the fight against climate change as it’s the first time countries are obliged to lay out concrete plans for reaching the targets they set five years ago in the Paris Agreement.

The Paris Agreement, which was signed in 2015, was significant because it was the first time every country agreed to work together to combat climate change by limiting global temperature rise to well below 2 degrees Celsius and given the “grave risks”, to strive for 1.5 degrees Celsius.

Why does it matter?

According to the UN Secretary General, "Global heating is affecting every region on Earth, with many of the changes becoming irreversible.” As warming accelerates so do the frequency and severity of extreme weather and climate disasters, putting billions of people at immediate risk.

“We owe this to the entire human family, especially the poorest and most vulnerable communities and nations that are the hardest hit despite being least responsible for today’s climate emergency.” UN Secretary General.

Time is now running out if we are to hold temperature rises to 1.5 degrees Celsius, which is why COP26 is so important.

As a Christian, why should I care about climate change?

Climate change will have the greatest and most devastating impact on those we are called to love – the poor and vulnerable (Proverbs 31:8-9). While climate change will impact all of us, it disproportionately affects those living in extreme poverty. So as Christians, taking action and caring about the climate should be a way to live out John 13:34 and love others as God loves us.

For a group of 119 Compassion-supported young people from Bolivia this act of love takes the form of a regular litter pick in their community. The young people live in a beautiful part of the country know as garden city. Sadly, over the years it has also become one of the most polluted areas due to a lack of waste disposal, meaning rubbish is dumped which pollutes watercourses.

During their litter picks the young people also stand by traffic lights holding signs to generate awareness about taking care of the environment, something they learnt at their church-based Compassion project.

“… God teaches us to take care of what He has given us,” says 19-year-old Noe. “So, if He gave us this nature that is so beautiful and a country so diverse with many beautiful things, then we have to accept the responsibility of taking care of what God gave us.”

Will COP26 make a difference to those living in poverty?

In the lead up to the talks there has been growing concern that vaccine inequality and quarantine rules will make it harder for those in the Global South to attend. While the UK government has offered vaccines to all delegates unable to receive them in their home countries, those from red list countries will have to quarantine and some may still find it difficult to attend. Those in the Global South are the least responsible for climate change but are the most vulnerable to its impact.

Madagascar is currently experiencing one of the first climate change-induced famines, highlighting this injustice. A devastating four-year drought in the country has placed more than 30,000 people in the most extreme stage of food insecurity: a level five famine, as defined by the World Food Programme (WFP), and at least 1.1 million in some kind of severe food insecurity. However, Madagascar produces a little more than 0.01% of the world’s annual carbon dioxide emissions every year.

For COP26 to be successful, the governments from the Global South need equal representation and the agenda must prioritise vulnerable communities over big polluters.

How does climate change impact children? 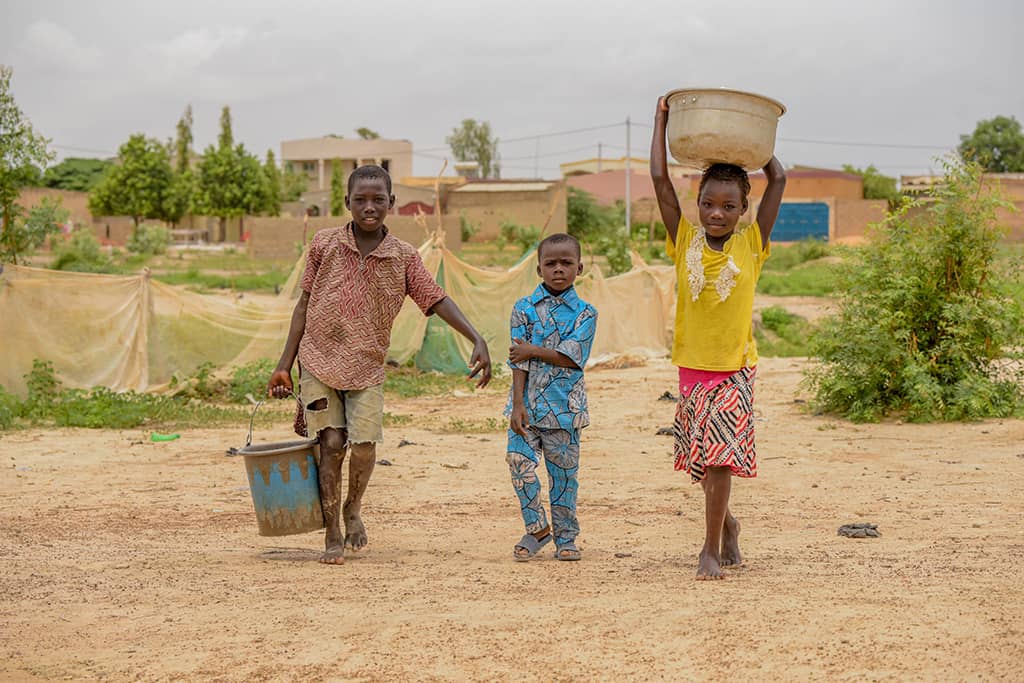 Children are the most vulnerable to the effects of climate change and as it worsens, so too do the effects on children’s lives. As water sources become scarce, it is often children who must walk further to fetch water. As parents lose income, children’s illnesses go untreated. And as family resources disappear, children are pulled out of school to work or the family migrates, taking children away from the safety of their community.

A recent report from UNICEF makes it clear that the climate crisis is also a crisis for children’s rights. “Almost every child on earth is exposed to at least one climate and environmental hazard, shock or stress such as heatwaves, cyclones, air pollution, flooding and water scarcity.”

Children are more adversely impacted because they are more physically and psychologically vulnerable than adults to the effects of climate change, biodiversity loss, and increasing levels of pollution in the air, soil, water and oceans. And they face a difficult future as “...any deprivation as a result of climate and environmental degradation at a young age can result in a lifetime of lost opportunity.”

Children and young people are also helping to lead the way in caring for their environment and raising awareness of the impact climate change is having. In the coastal region of Ecuador, youth from the local church-based Compassion project have been heading to the beaches every month armed with protective gloves and bags. The volunteers help collect plastic waste as part of a social awareness initiative which the local church is leading. 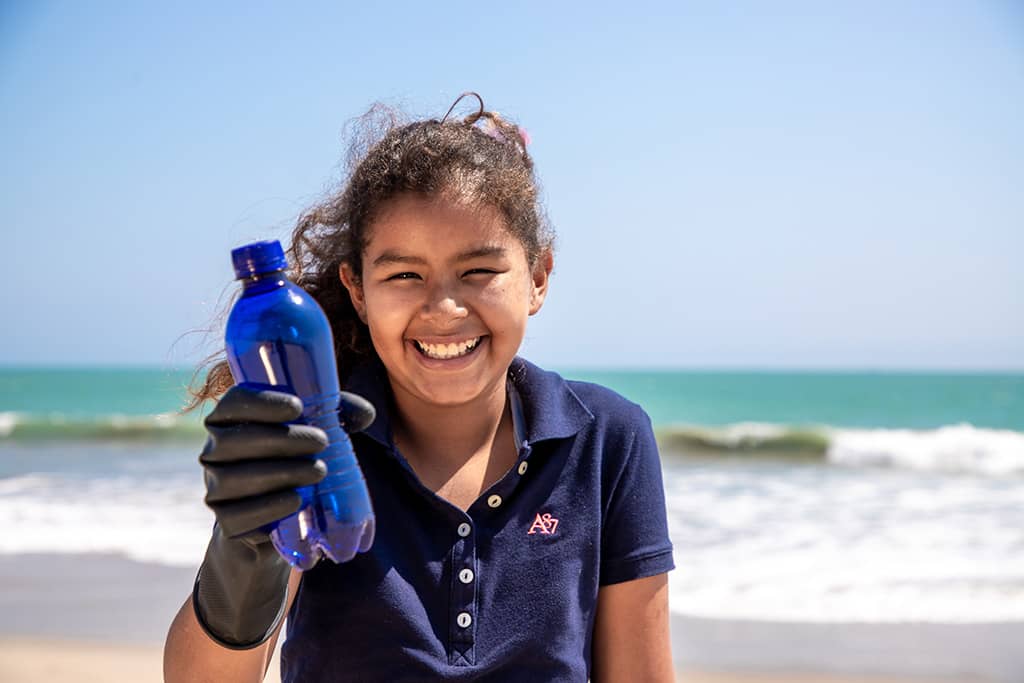 "In the church we have learned that we must take care of God's creation, that we must be good stewards of what God has given us, so we like to care for and clean the sea," says 11-year-old Alejandra.

The children always wear protective gloves and have been taught how to handle the waste carefully, avoiding cuts and injuries. Since they started in June this year, the children have enjoyed not only using the cleaner beach but also spreading awareness to others. 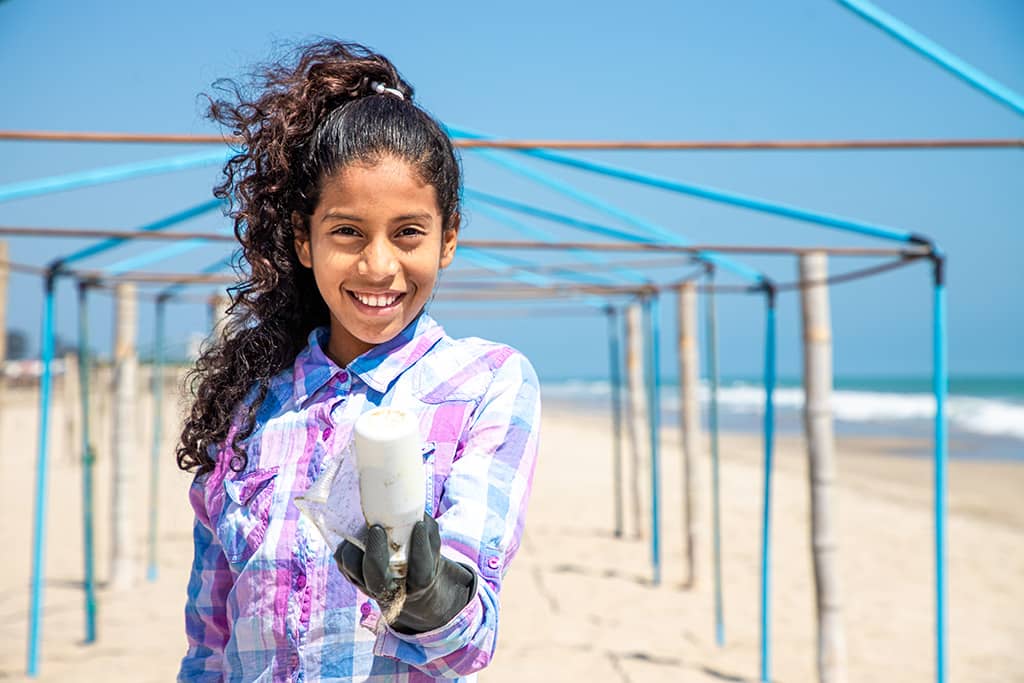 "It's not only about cleaning, we must also tell people around the world to stop littering and recycle. Otherwise, our seas are going to be destroyed," adds 10-year-old Gislayne.

Seven ways to pray for COP26 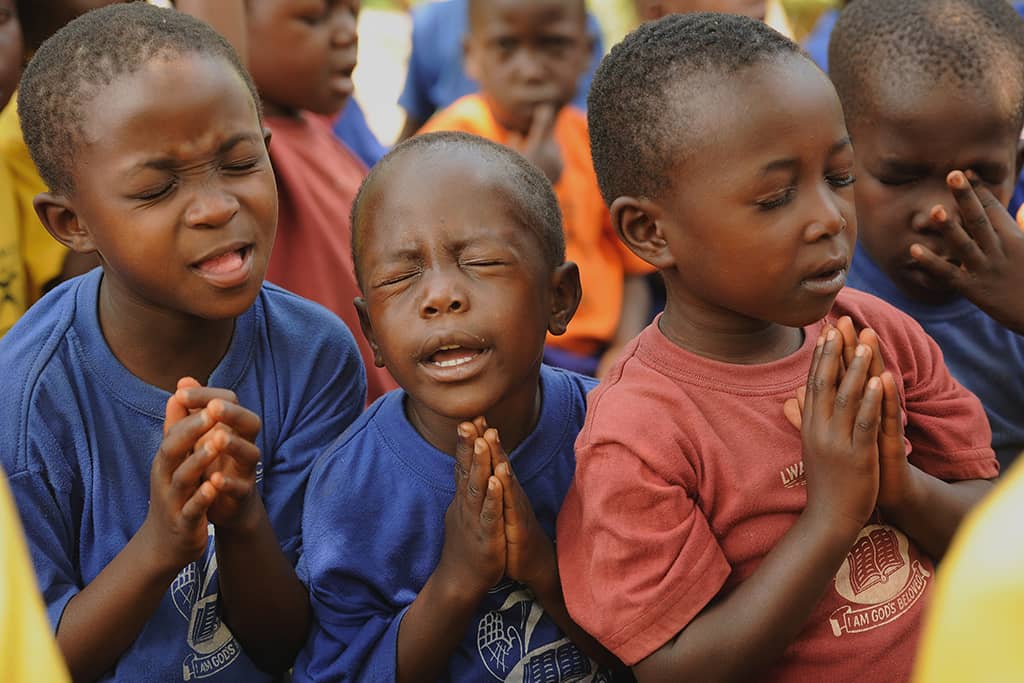 One powerful way you can take action during COP26 is through prayer. When it comes to big issues like climate change it can seem overwhelming, so we’ve set out seven key areas for you to pray into during the summit.

Father, we pray for all world leaders, especially during COP26. We ask that you grant them wisdom as they work to lay out concrete plans to reach the targets set out in the Paris Agreement.

We pray for any country unable to attend in person due to COVID restrictions. We ask that this doesn’t detract from their ability to participate and pray for technology to run smoothly.

Loving Lord, we pray that you will place on the hearts of every leader those who are most vulnerable to climate change. Amen.

Heavenly Father, thank you for your beautiful creation that you have entrusted us with. We’re sorry we have not cared for your world in the way you intended us to. We pray that as we learn more about the climate crisis that we will not be overwhelmed. We pray that you will help us to each play our part in caring for your planet and everyone on it. Amen.

Pray for those most vulnerable to climate change

Lord God, our hearts break at the devastating impact the climate crisis is already having on those living in extreme poverty. We pray that this injustice will not be ignored, that more will be done to protect those left vulnerable and that governments will take action to protect those most vulnerable around the world, not just those in their own country. Amen.

Loving Lord, your word reminds us how much you value and love children. We pray for the climate crisis and the devastating impact it is having on children’s lives.

We thank you for young people and their passion and conviction to care and protect your world. We pray that their actions and words will be taken seriously. We ask that as adults we will strive to protect the world that they will grow up in. We thank you for Compassion’s local church partners and for the amazing work that they are doing to protect children and their communities. Amen.

God of justice, we pray for fairness during the COP26 talks. Lord, we know that those who are worst hit by the climate crisis are those who have done least to contribute to it and have the fewest resources to implement change. We therefore pray for radical justice and for fairness in the decisions made at COP26. Amen.

Father, we pray that the decisions made during COP26 won’t be empty words. We ask that those in positions of power will be held accountable to the targets that have been set and that they will work with conviction to not only achieve these but go beyond them. We ask that the momentum is not lost after the talks have finished. Amen.

Ask God what you can do

Heavenly Father, we ask you to stir our hearts into action. Inspire us with ways we can make a difference in our homes, communities and the world around us. We pray for your prompting where we can do more to love our neighbour. Amen.

If you’ve been inspired, here are a few more actions you can take:

Organise a litter pick in your community.

Make ethical swaps. Discover how to turn your cup of tea and coffee carbon neutral.

Learn more and find out how Compassion is responding to the impact of climate change.

Spread awareness by sharing this blog with your friends and family using the buttons below.