No room at the inn? 5 families given shelter this Christmas

“… she gave birth to her firstborn, a son. She wrapped him in cloths and placed him in a manger, because there was no guest room available for them.” Luke 2:7 (NIV)

Jesus was born into extreme fragility. Scripture describes how, “he made himself nothing by taking the very nature of a servant, being made in human likeness.” (Philippians 2). It explains how Mary placed Him in a humble manger. God Himself, the king who deserved the riches of a palace, experienced the extremes of human vulnerability.

Many of the children we work alongside are born into similar fragility. Each night they face a daunting reality: no secure shelter. Imagine being left unprotected in the midst of torrential rains. Or going to sleep with no wall to separate you from the gun shots fired by local gangs.

But thanks to our RESPOND Initiative, we’re able to give families back security and dignity. Here are just some of the shelters your donations to our Stability Response have funded:

“When it rained, it felt like we were outside. We would all wake up and sit on one side where it is not raining,” explains Kenneth’s mum Joniva. 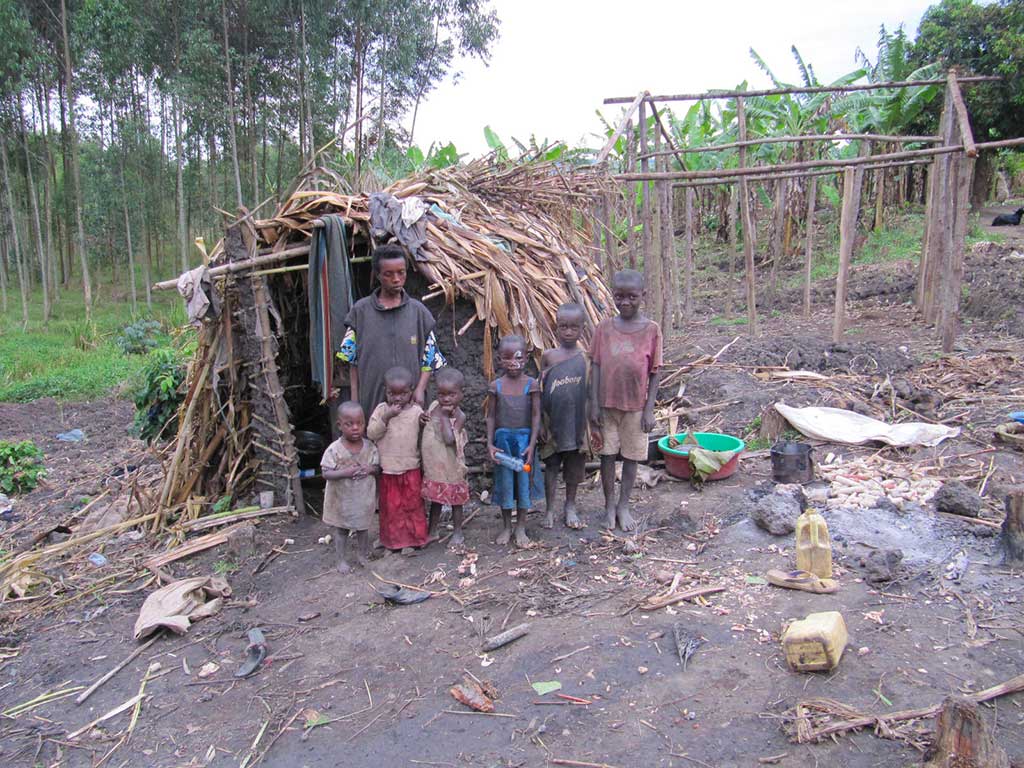 “The house was almost falling down. I couldn’t imagine having such families in our community,” adds Compassion project director Herbert.

After seeing their hut, Compassion’s church partner built them a new home. The church registered Kenneth with Compassion’s programme, which provided the family with food, clothing and other essentials. 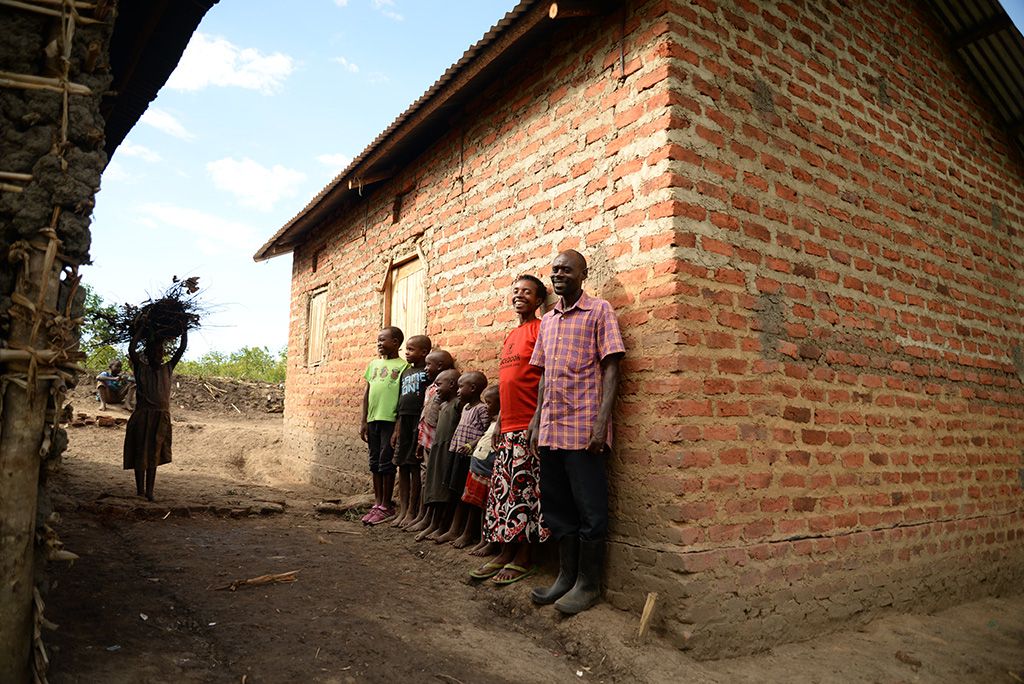 Joniva began to pray every day that her husband, Edward, would return. One day, Edward heard a strange voice telling him to go home — and he did. When he saw everything God had done for his family, he asked Jesus into his life. He now works for the Compassion project as a security guard and faithfully provides for his family.

“Bereket, my last born, was not even one year old, when my husband left home,” explains Almaz. “I knew he was not happy and was constantly complaining about the hardship but I never suspected that he would leave. I felt as if I was sinking. To make matters worse, my landlord evicted me saying the children were making too much noise. They were crying every day because I had nothing to give them.”

Almaz became homeless with three young children. She had nowhere to go and no one to depend on. “An old man told me the swine manger is the only space he had. I agreed to pay the 100 birr monthly rent. Even though he told me the condition of the place, I didn’t want my children to sleep on the streets. When I went there, the manger was recently evacuated and the floor was covered in dirt and there were all kinds of pests. I didn’t have any mattress so we slept on a plastic rug. The manger had no door.” 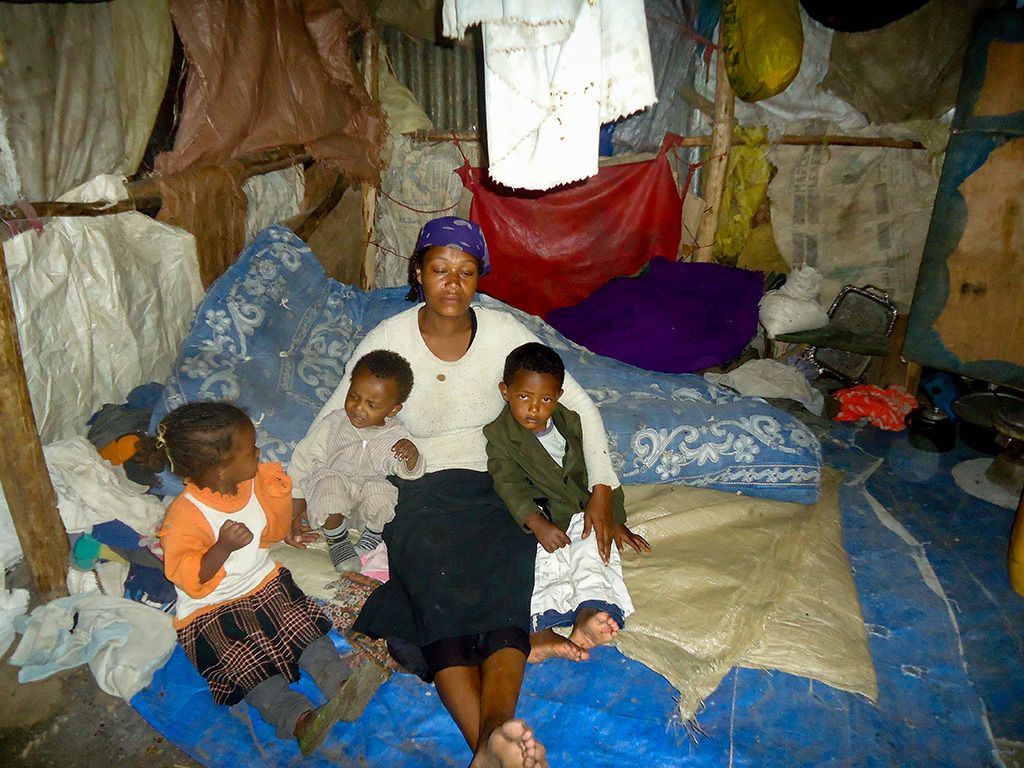 Almaz gets emotional when she describes living in the swine manger:

I had no sleep at night because of the sound of wild animals around the house. The walls were half-covered with plastic rugs and the rest seemed like it would collapse anytime. I lay my children on the mattress closer to the wall and I would sleep last thinking I would be like a buffer for them in case a hyena forced the door open or pushed the already giving corrugated iron sheet wall. I was always ready to protect my children from the attack of wild animals. I daily reminded God that I’m His child and He shouldn’t let anything happen to me or my children for the sake of His name. He was faithful to protect me.

Because of the urgency of the family’s need, the local Compassion project were able to provide immediate support. The team from our partner church were able to provide funds to renovate their house, as well as offering training and a micro-finance loan to enable Almaz to set up a vegetable trading business. 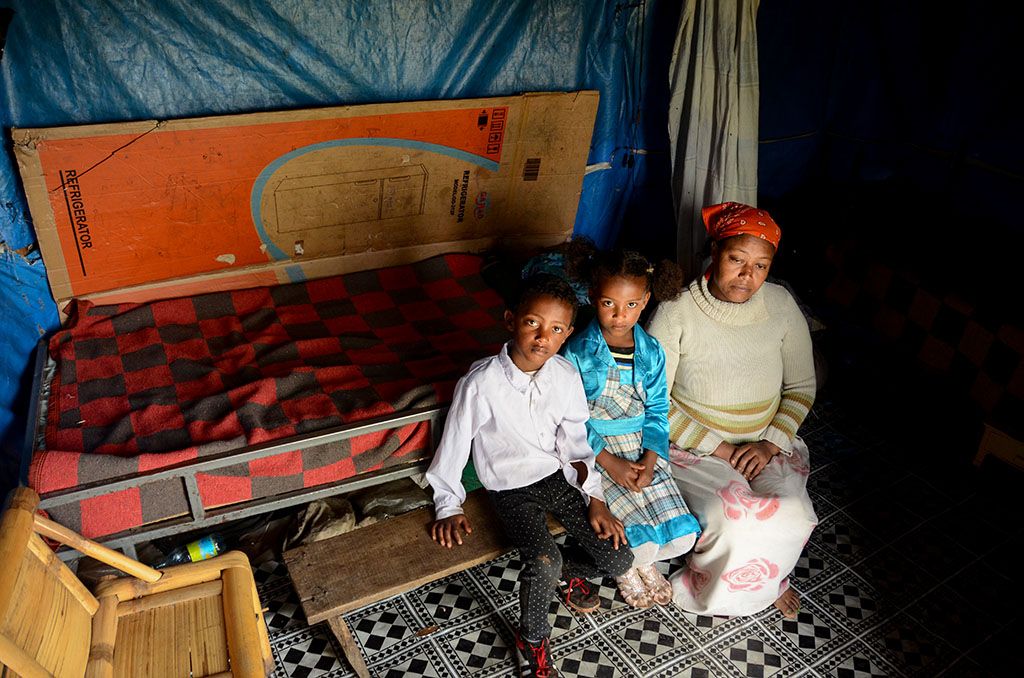 “After the kids joined the project, they became perfectly healthy. They started school and they are very intelligent. What excites me is that they have started talking about their dreams. They never want to miss school or church. They say they want to serve the Lord. We kneel before the Lord together every day. That is what I leave for them. I tell them that if they have God they will overcome anything. My third child is also going to school. My children are the ones who will take over the country and the church. I pray against their failure. I pray that they succeed.”

3. Comfort’s story: no longer an outcast

As a sufferer of leprosy, Comfort was treated like an outcast. She moved to a run-down shack at the edge of the forest after the birth of her first son. It was there, alone under the shade of a tree, that Comfort gave birth to her second son. 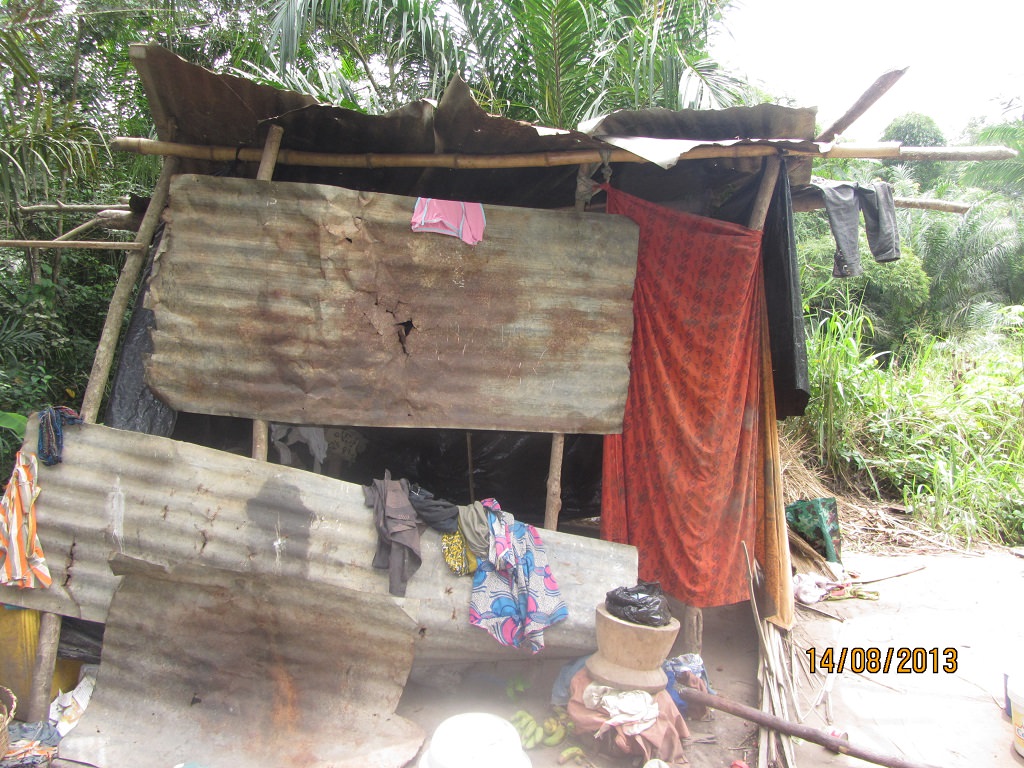 Every night Comfort went to bed praying against rainstorms due to the holes in her roof. She says, “My biggest fear was snakes. Sometimes I returned from the stream to find a huge snake stretched out in front of the tent. Imagine such a snake entering our tent at night. But God has protected us; that has never happened; we only saw them in the day and frightened them away.”

Emmanuel Hammond, the project director, thought he had come to the wrong place when he first visited Comfort’s home. “It was not a home for any human being,” he says. Emmanuel took photos and showed them to the rest of the project staff who were stunned. Everyone agreed that the family must be relocated from the forest shack at once. 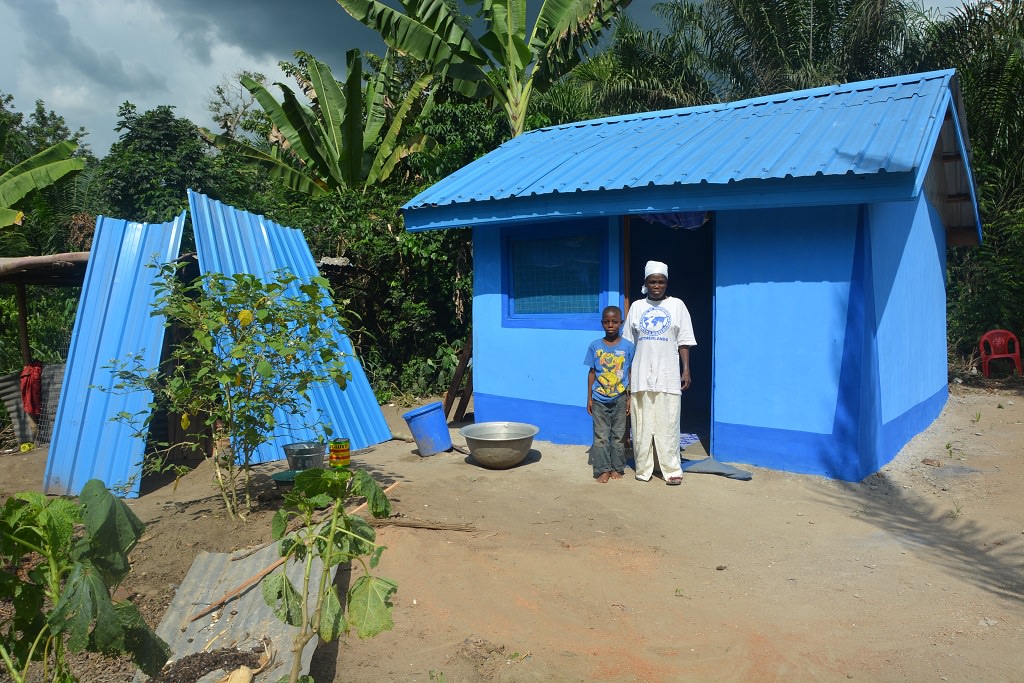 Through Compassion, funds were raised to provide a new home for Comfort and her family and a strong sky-blue home was built on a safe piece of land closer to town. Comfort says, “Sometimes I feel that I am dreaming. I am not used to receiving so much attention. I pray for God’s blessing for all the people who are showing so much love to me and my children. Now I do not have any worry when night falls or when the rain comes because we have a proper house. I am so grateful to all who made it possible.”

Tracy was born in 2005 during the Lord’s Resistance Army (LRA) insurgence in Uganda. 12 of her family members were abducted during the violence and three were killed. Tragically Tracy’s father lost his life. Tracy was left in the care of her grandma who faced the overwhelming responsibility of caring for six young children on her own. 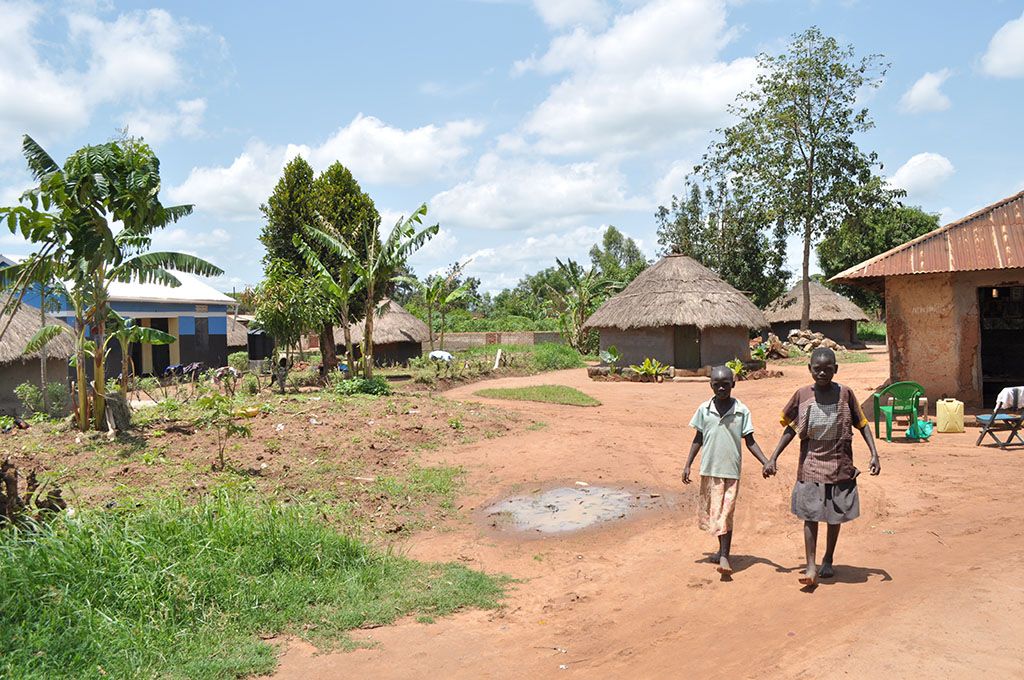 “Looking after them was challenging, because sometimes I got sick,” explains Robinah. “I would over work, and my neck would swell,” says Robinah.

Robinah’s breakthrough came when Tracy was found a Compassion sponsor. As well as providing vital educational support for her granddaughter, the project also constructed a new shelter for the family. 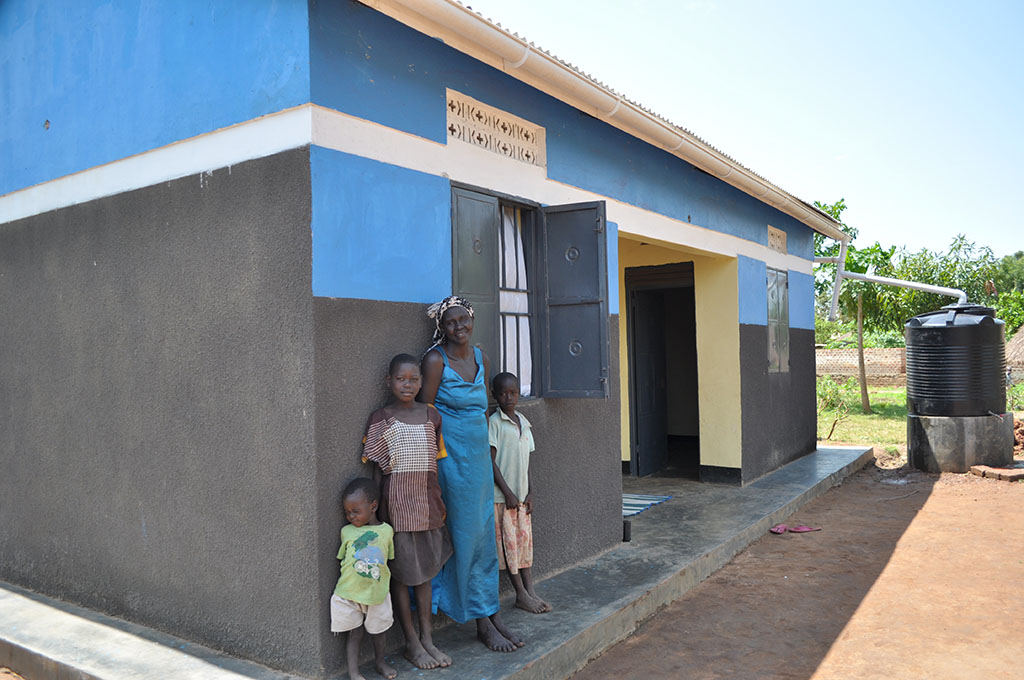 “I felt happy when Tracy was registered. I realised that someone was willing to walk with me. They built us a home. I feel so, so happy and excited to live in a roofed house. I give so much thanks and glory to Compassion. I thought I’d die before living in an iron-roofed house. It is not easy to construct such a house. It is only God who has done this for us through Tracy,” Robinah says beaming.

5. Edward’s story: recovery after the storm

Edward Mitenga has always lived on the shores of Lake Victoria, the largest lake in Africa. One night, after a long day’s work fishing, Edward was asleep with his children when he was awakened by screaming and loud noises. Initially, he thought the village had been invaded by a mob, but he soon realised water was pouring into his home. 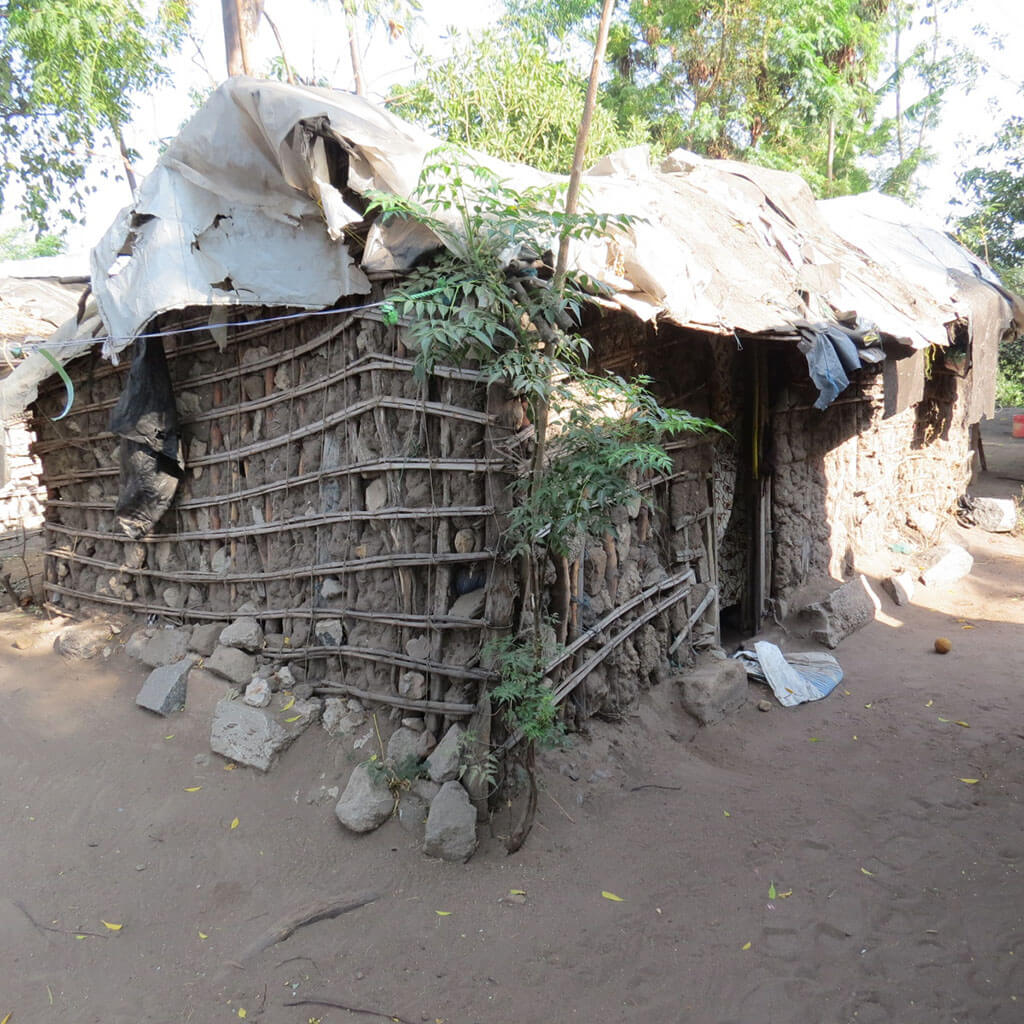 “The house was built in the sand on the valley overlooking Lake Victoria,” he explains. “The stones were nothing to the wind and they were propelled like papers and started falling on the weak house. The water started to fill up as it protruded through the walls in all directions of the house and in no time, our household equipment was floating.”

Edward helped his children to escape, taking shelter in another small building nearby. The storm completely destroyed the family’s home and belongings. Facing the reality of homelessness, Edward went to the Compassion project where his children were registered. Hearing of the damage, the project staff took immediate action, arranging temporary shelter and emergency food supplies. Thanks to resources from RESPOND, they were then able to provide new homes for not only Edward, but the other 21 families whose homes were destroyed that evening. 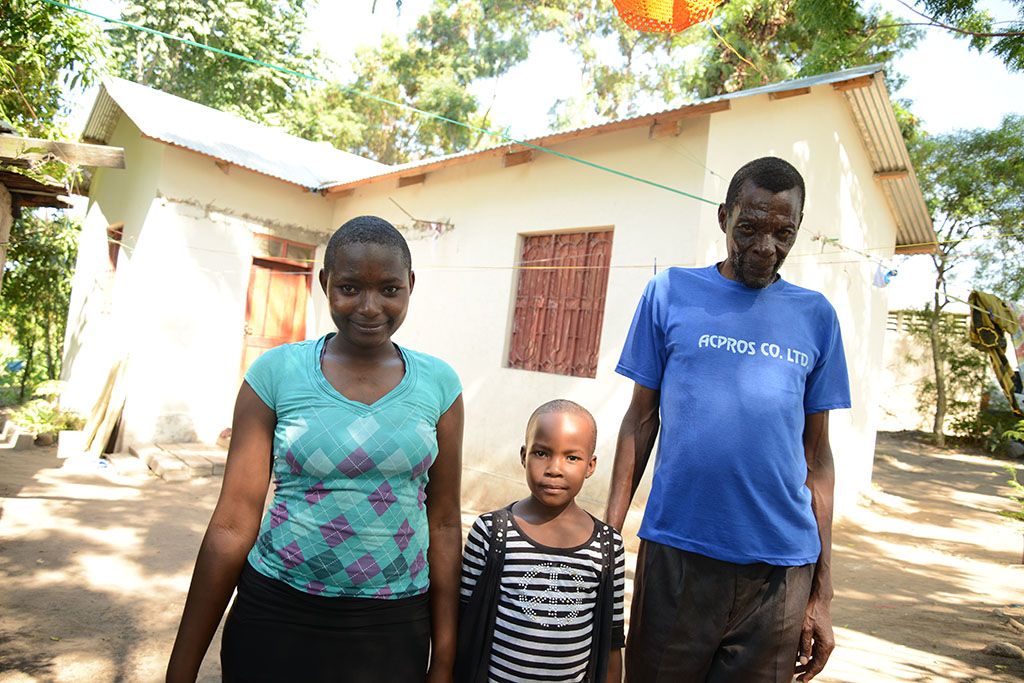 “On behalf of all the eight beneficiaries in our project and the entire 22 beneficiaries in Mwanza, I am so thankful for the church and the donors who have made this possible for the houses to be constructed. I had never imagined that I would own such a good house,” Edward shares.

“Even the passersby who thought I was finished after my house was ruined in the flood, they now stop by my house and give thanks to God for what has happened. They can’t believe that I have such a good and modern house with three bedrooms and a sitting room.”

We rejoice that these 5 families now have a safe place to rest over Christmas. You can help us support the next family in crisis by donating to our Stability Response Fund.

Give a family shelter

For the sake of future generations, we need to act practically and turn to God in prayer. Pray wi...

As budgets are forced to tighten, some families are facing desperate situations. These eye-openin...