In Photos: Haiti After Hurricane Matthew

10 photos that will stir your heart to pray for Haiti. 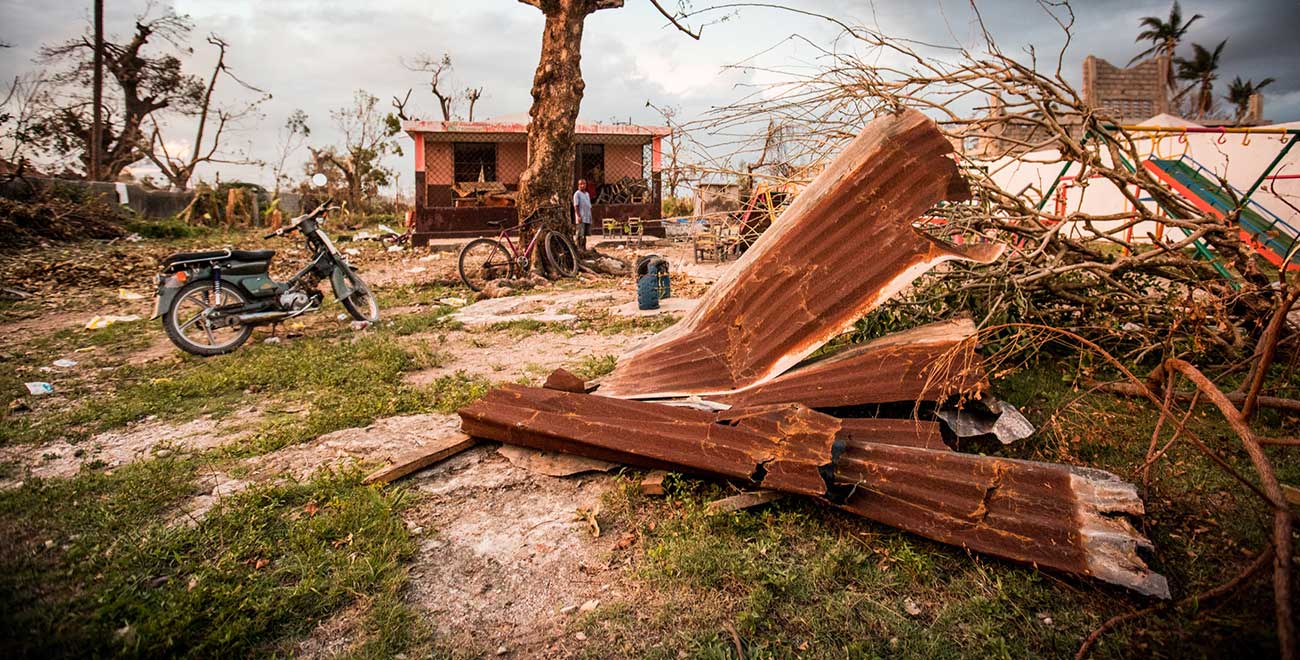 On October 4, Haiti was struck by the most powerful hurricane to make landfall in the Caribbean for a decade. The nation is now facing its worst humanitarian emergency since the earthquake in 2010. Here are 10 photos that will stir your heart to pray for┬Āa nation in mourning. 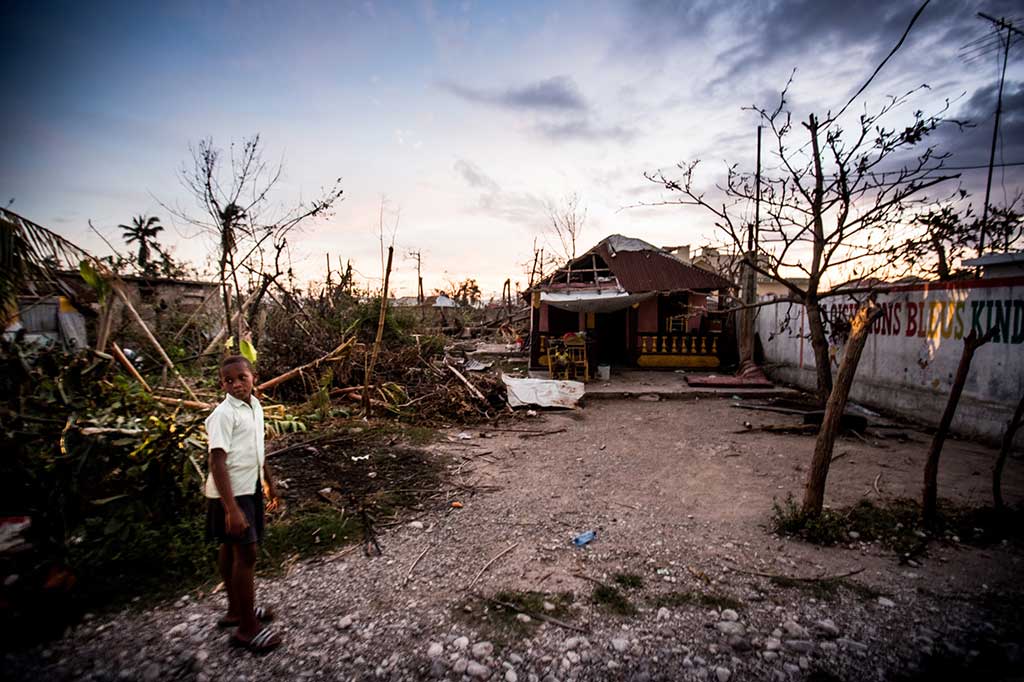 An estimated 900 people have lost their lives, 1.4 million are in need of help and 300,000 have taken refuge in shelters across the nation. 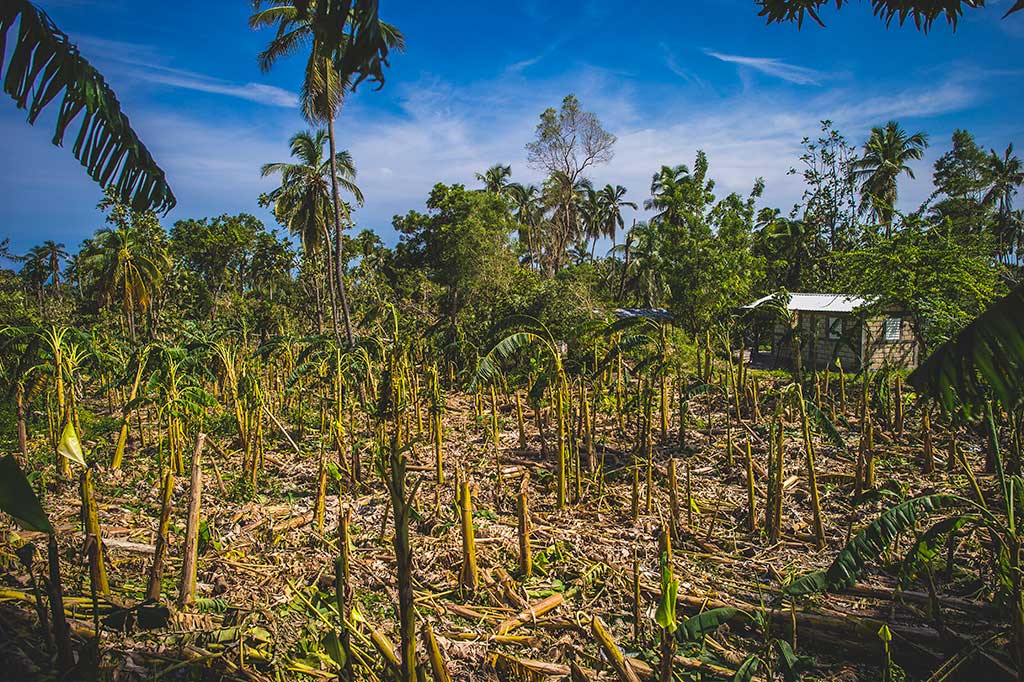 Haiti's interim president,┬ĀJocelerme Privert, has warned that the nation faces the risk of famine.┬ĀPowerful winds and flooding have destroyed farms, food reserves and┬Āmuch of this year's harvest. 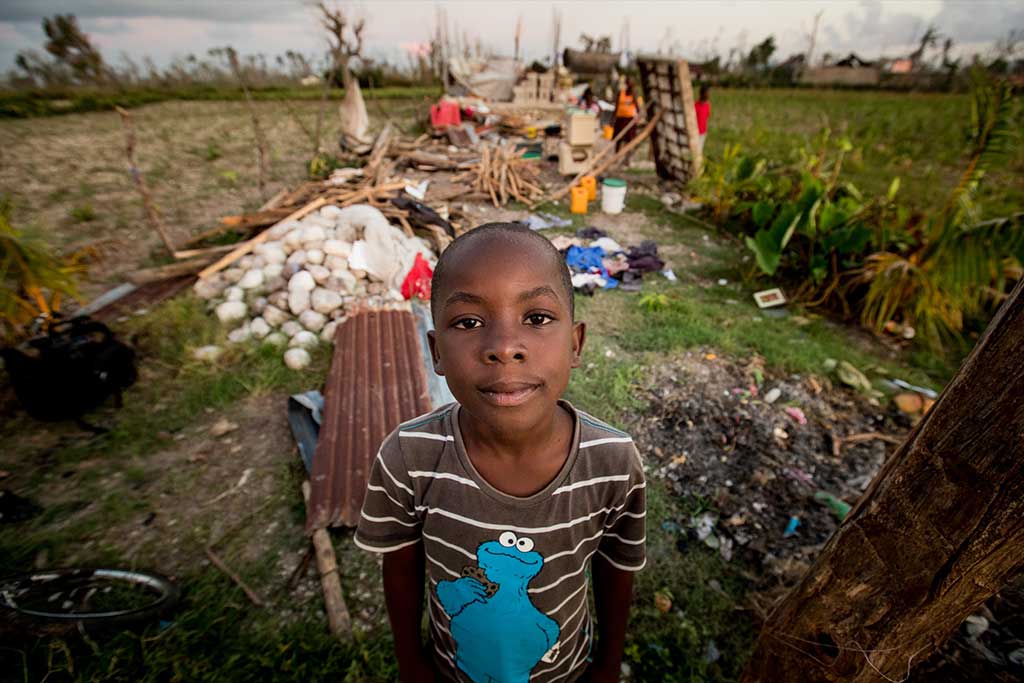 Estimates show half a million children live in the most affected areas in Haiti, particularly in Grand-Anse and the south.*

There are fears┬Āof a cholera epidemic following┬Āthe widespread flooding. Haiti has faced an ongoing battle against cholera brought on by the 2010 earthquake - around 10,000 people have lost their lives since. 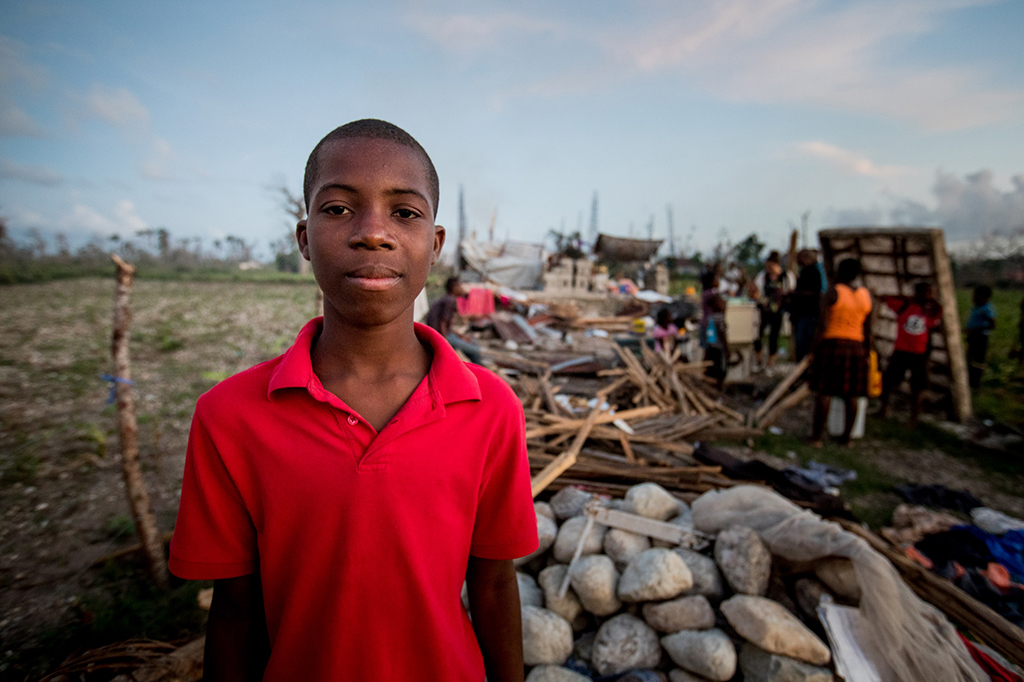 Paul Kelly stands in front of what is left of his home. The entire house collapsed during the hurricane. All five children survived, suffering just minor cuts from the debris. 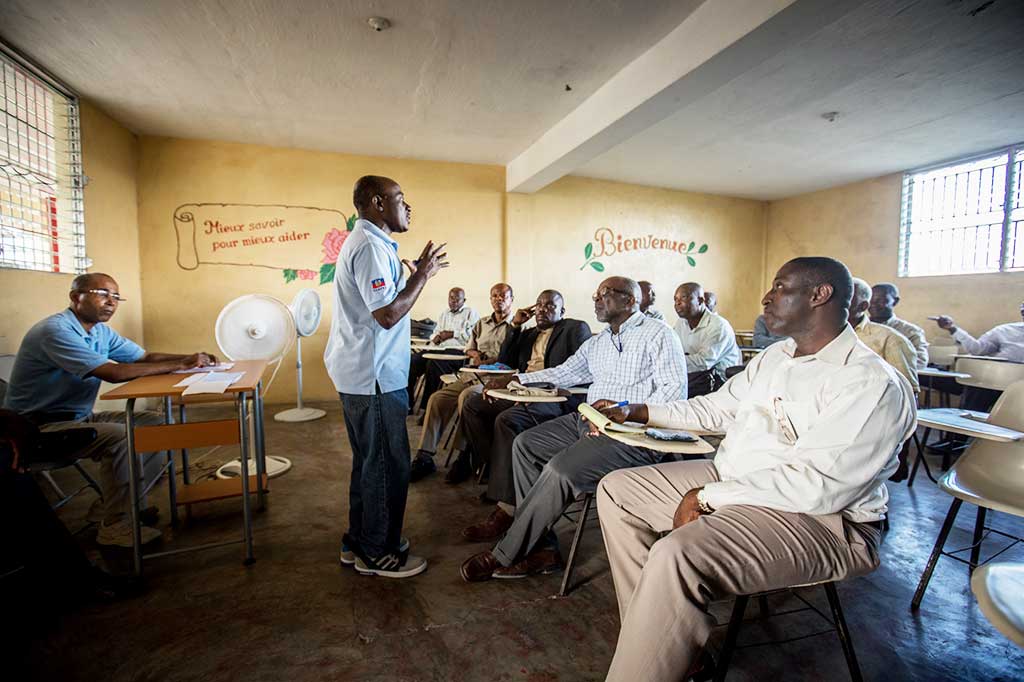 Here, Compassion Country Director, Guildbaud Saint Cyr, is communicating the disaster and reconstruction strategy to a group of our local church partners in western Haiti.┬Ā"Due to the scale of the hurricane, we have accounted for several children and caregivers who have died and more than 15,000 children and their families affected. They see their homes flooded, roofs blown off, losses of personal belongings and livestock," he explains. 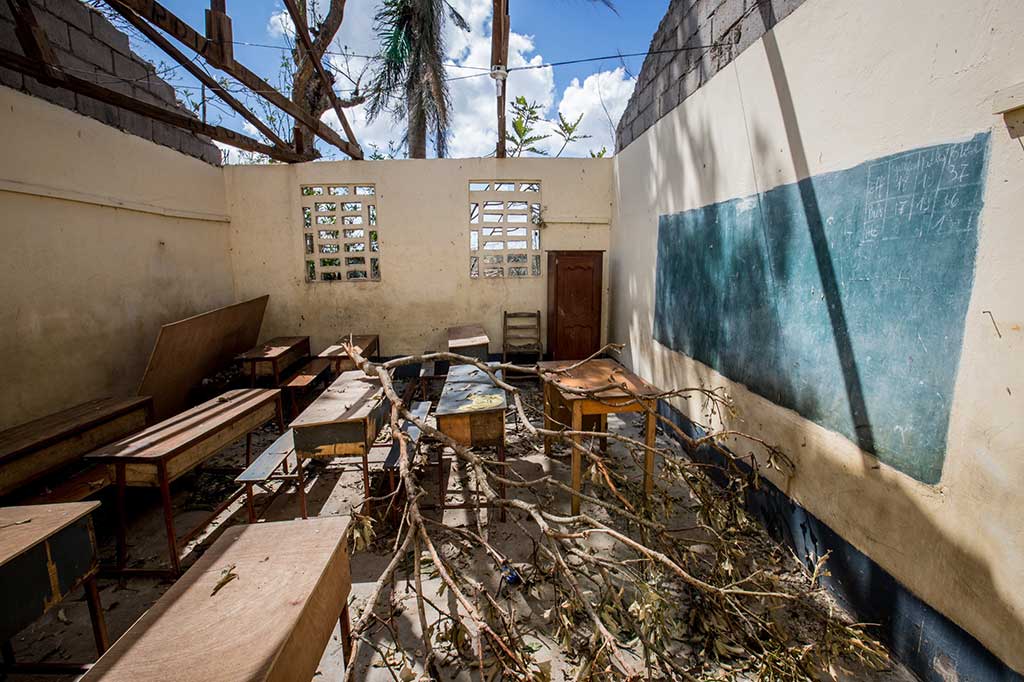 81 of our church partners have been forced to temporarily close. Hurricane Matthew is estimated to have caused ┬Ż8 million worth of damage to our projects. 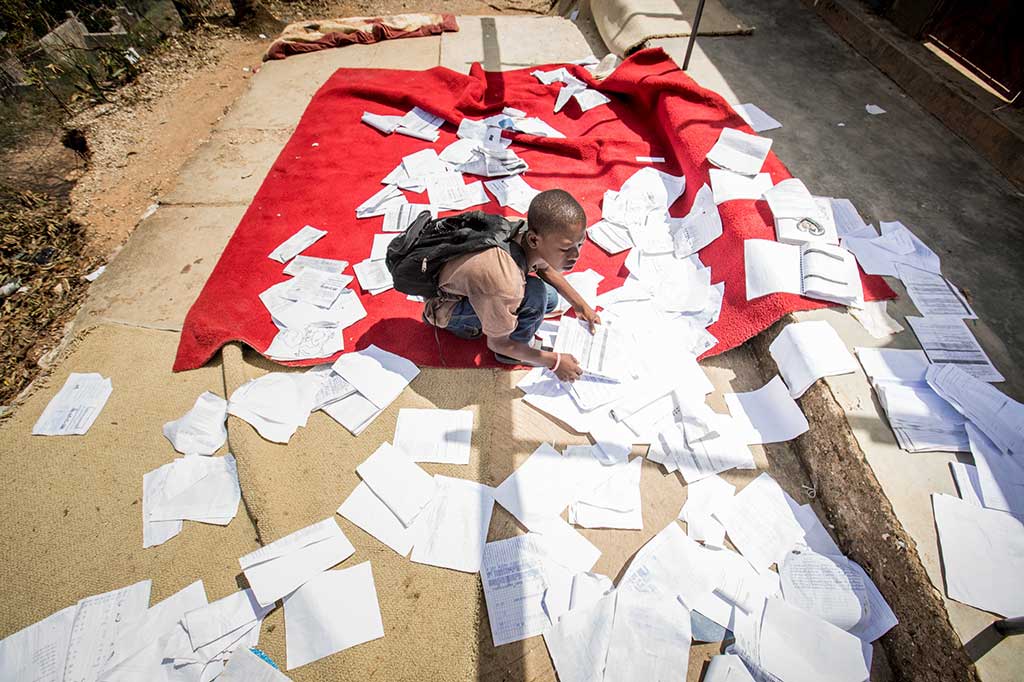 Pierre looks through piles of documents for the papers from┬Āhis project file. His Compassion project, Picot Child Development Centre, was badly flooded. Thankfully they have some digital copies, but not everything is backed up. 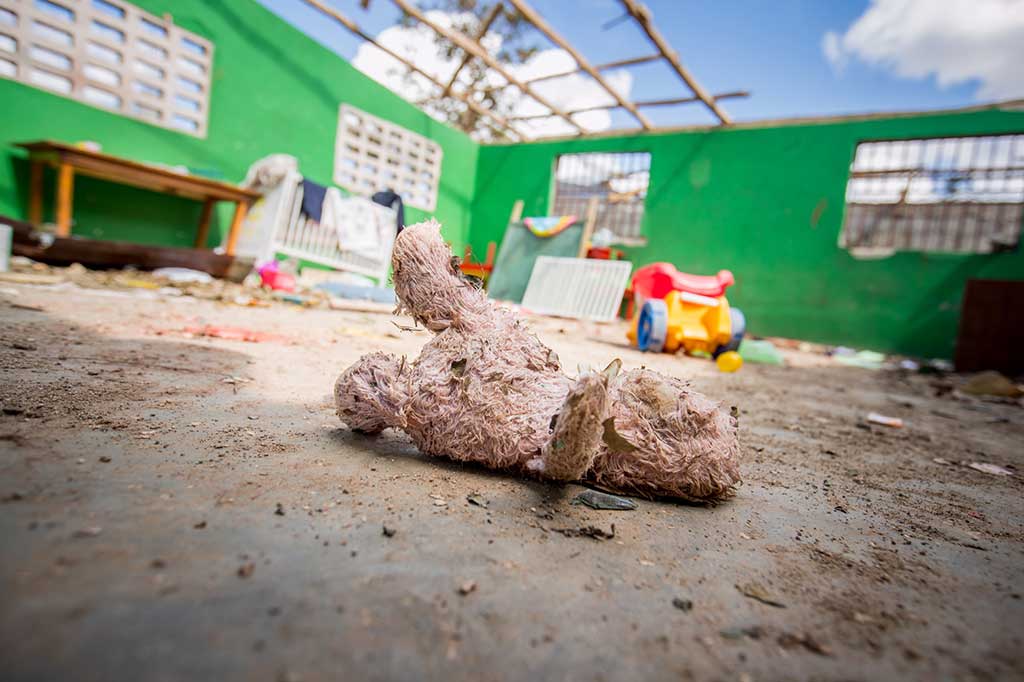 Toys from one of our Child Survival projects destroyed by the flood waters. A child's teddy lies abandoned on the floor. 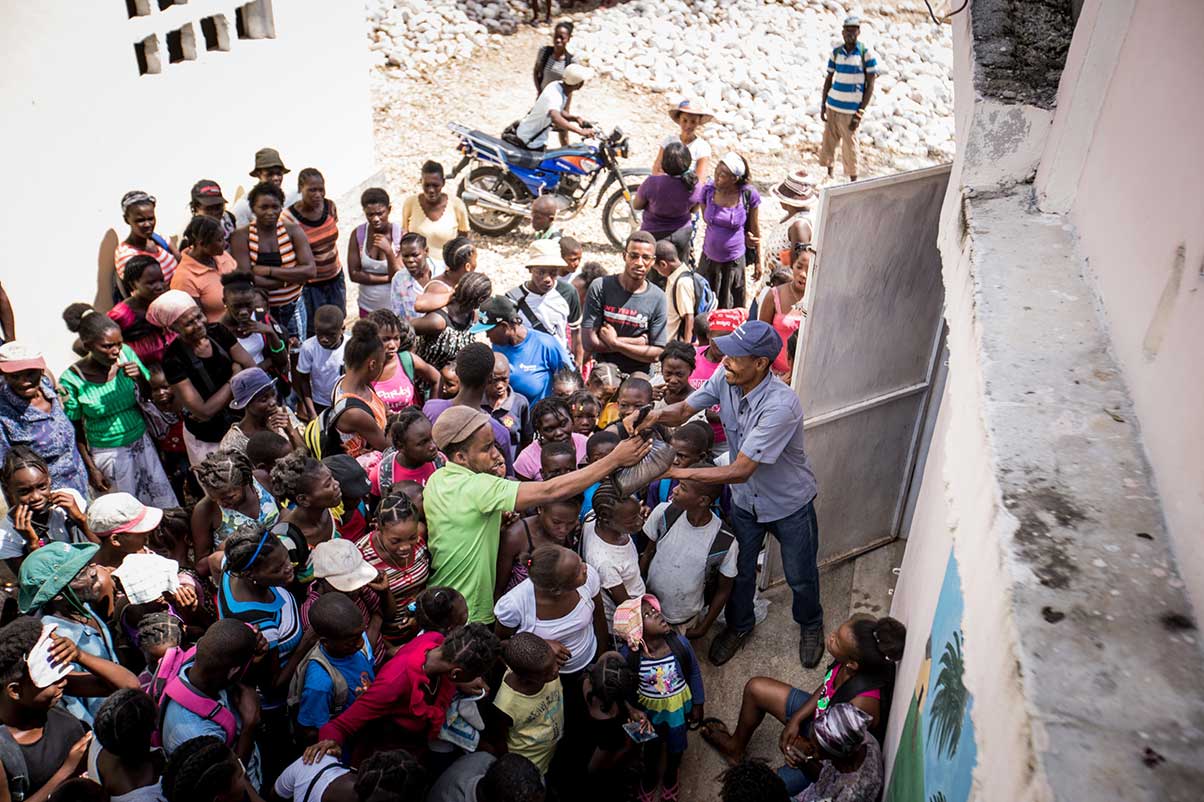 Our church partners giving out essential food packages to families.

As news reports move on from Hurricane Matthew, our staff and church partners continue to work round the clock to provide help to children and families in the worst hit areas.

Join us in praying for Haiti as the nation begins the slow journey to recovery. Please donate to our emergency appeal to enable our church partners to┬Ākeep┬Ādistributing emergency supplies including food, water and hygiene kits.

Help children and families in Haiti

Cyclone Amphan: Pray With Us

A week ago, the fiercest super-storm in decades ripped through southern Bangladesh and India destroying homes and killing more than 90 people.┬Ā

Update: Pray For The Unrest in Haiti

Discover how joy and laughter triumphed over uncertainty at a Compassion project in Haiti.

Please keep praying for the those impacted by flooding in the Philippines and Compassion projects supporting the local community.

One year on from the dramatic Thailand cave rescue, discover how life has changed for Adun.