To mark the 29th World Aids Day, we share 29 signs of hope that the goal for an AIDS-free world by 2030 is achievable. 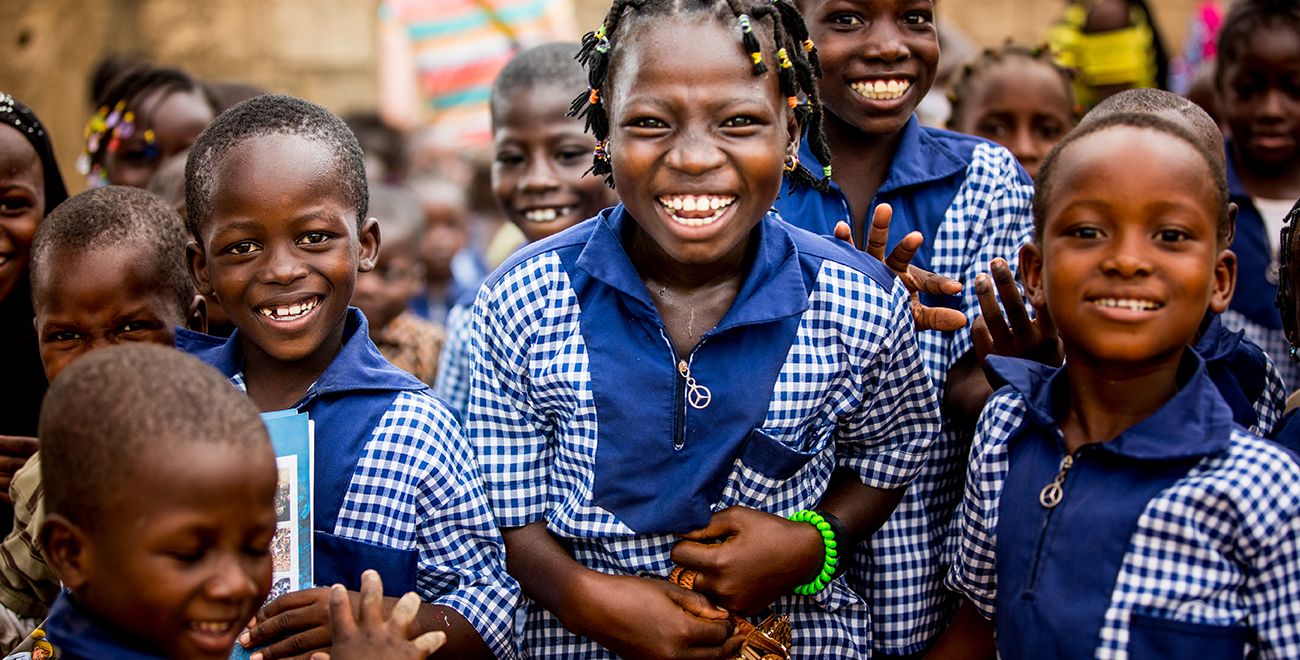 UNAIDS has set the world a Fast-Track target to end AIDS as a public health threat by 2030.

The huge mobilisation of global resources behind this goal ŌĆō including governments, NGOs, philanthropists, and communities ŌĆō is unprecedented in the history of public health.

And for good reason. 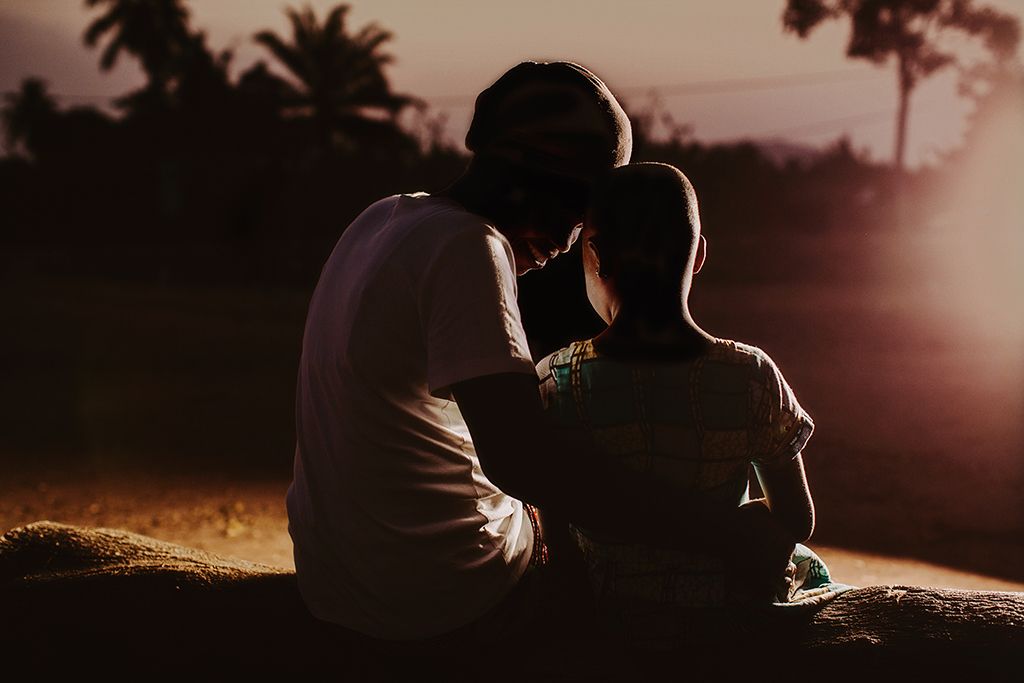 World Aids Day, which takes place on 1 December each year, is an opportunity for people worldwide to unite and show support for people living with HIV and to commemorate those who have died. It is a day to reaffirm the worldŌĆÖs mobilisation to be part of the solution to end the virus for good.

At Compassion UK, we are privileged to be a part of that solution.

With your help, our Health Response initiative works directly with some of the worldŌĆÖs most vulnerable children suffering from HIV and AIDS-related illnesses. When you sponsor a child, you make a difference.

You can support our response to HIV and AIDS by donating today.

From┬ĀTanzania┬Āto Colchester, we wanted to highlight some amazing projects and developments happening around the world. To show that despite emerging funding gaps, progress is happening.┬Ā

2. UNAIDS has launched the 90-90-90 treatment programme: 90% diagnosed, 90% on treatment and 90% virally suppressed by 2020. Since the targets were launched in 2014, the data shows substantial progress has been made. More than two thirds of all people living with HIV globally knew their HIV status in 2016. Among those who knew their HIV status, 77% were accessing antiretroviral therapy, and 82% of people on treatment had suppressed viral loads. Interestingly, new figures from Public Health England show that England is very close to achieving 90-90-90.

3. In an historic commitment from the US, the U.S PresidentŌĆÖs Emergency Plan for AIDS relief has been set up to help save the lives of those suffering from AIDS. It is the largest commitment from any nation to combat a single disease.

4. We love the innovative approach to awareness being taken by the charity Watoto. Among other initiatives, Watoto have a childrenŌĆÖs choir who tour the world to advocate for children orphaned by AIDS, poverty and war.

5. This World Aids Day, the city of Colchester is turning its landmarks red. Colchester Castle and the Town Hall will be illuminated red to raise awareness and reduce discrimination surrounding HIV and AIDS.┬Ā

6. Pope Francis recently gave the ŌĆśthumbs upŌĆÖ to the ground-breaking work of a leading Argentinian-Canadian doctor who has pioneered the use of Antiretroviral drugs to treat and prevent HIV infections. Dr MontanerŌĆÖs team has implemented the so-called Antiretroviral ŌĆśtriple therapy cocktailŌĆÖ which stopped the progression of HIV infection to AIDS and premature death.┬Ā

7. Significant progress has also been made in the prevention of mother-to-child transmission of HIV. In 2016, 76% of all pregnant women living with HIV accessed treatment to prevent HIV transmission to their babies ŌĆō this is up from 47% in 2010.

8. In January 2017, a group of Compassion projects in Tanzania launched a HIV education campaign for all of our projects in Arusha. 75 Compassion Health Specialists were trained in HIV behavioural change communication. They were taught HIV prevention, care and treatment services with emphasis on antiretroviral therapy, nutrition for people living with HIV and AIDS, home based care and life skills. 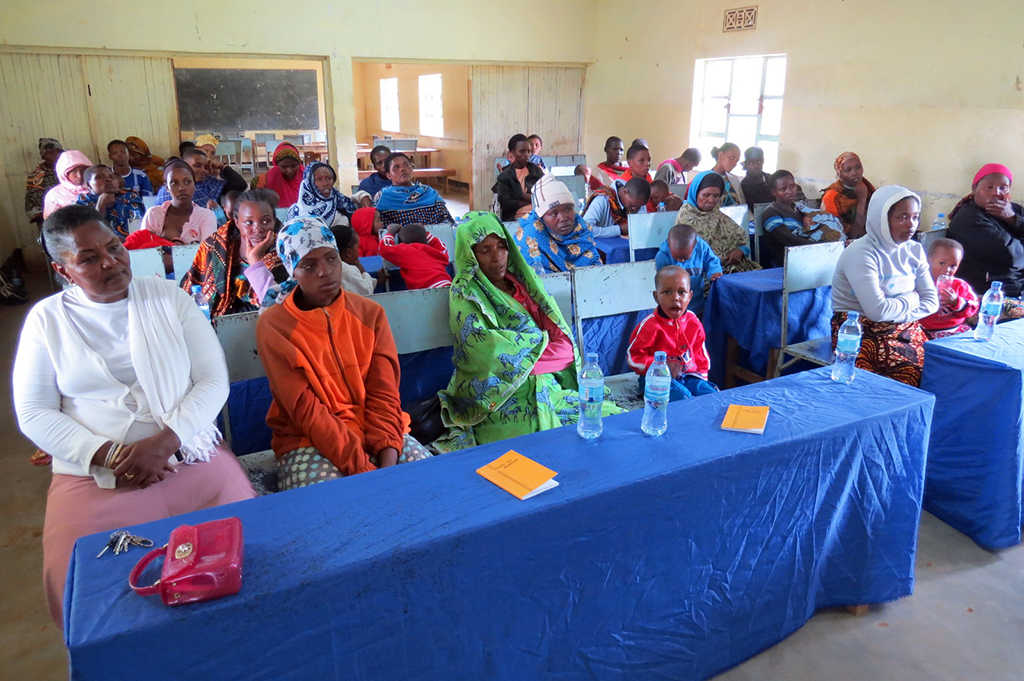 Every health specialist has since been sharing their learnings with the children at their local project. As Grace explains, ŌĆ£ŌĆ”as a teenager this has been an eye opener as far as HIV and AIDS is concerned and a platform through which I voluntarily and deliberately devote to focus on my life and the lives of other fellow youth.ŌĆØ

9. In recent years, a number of African countries such as Botswana, Kenya, Uganda, Malawi and Rwanda have implemented national campaigns to encourage uptake of HIV testing and counselling. In 2016, 76% of people living with HIV had knowledge about their status ŌĆō an improvement from 72% in 2015.

10. The United Methodist Global AIDS Committee (UMGAC) is doing some amazing work to strengthen the Church's compassionate response to HIV and AIDS. They run 200 programmes in over 35 countries stemming the pandemic through education and advocacy. UMGAC have a particular focus on preventing the transmission of HIV from an HIV-positive mother to her child during pregnancy, labour, delivery or breastfeeding. They even have some great resources to raise awareness of HIV and AIDS in your church on World Aids Day or throughout the year.

12. Elton JohnŌĆÖs AIDS Foundations in the UK and USA have raised over $385 million over the past 24 years to respond to the urgent needs of people around the world living with or dying of AIDS.

13. Christian Charity, ACET UK has been doing great work to inspire individuals, schools, churches and organisations, in the UK and internationally, to transform culture by promoting healthy self-esteem, positive relationships and good sexual health. In Zimbabwe, the HIV prevalence among females is 7%, almost double the rate among males. Working in partnership with The Shining Star Project, ACET UK recently identified women and adolescent girls from the sex work community in Bulawayo to receive HIV awareness training. 40 women and girls received training on family planning, sexually transmitted infections, living with HIV and how to be a peer educator. After completing the training, the women passed on the educational messages and life-saving information to 2,447 sex workers.┬Ā

14. The World Health Organisation reports that 20.9 million people living with HIV were receiving ART by mid-2017.

15. Not be left behind by Colchester, the Royal Border Bridge in Berwick is to be lit up red on December 1 to mark World AIDS Day.┬Ā

16. CompassionŌĆÖs Health Response has made the world of difference to Charles. Charles was infected with HIV at birth. Tragically both his parents died when he was just three-years-old. Charles has been brought up by his grandfather, Laurence who used to walk 12 miles to get his grandson ARV medication. 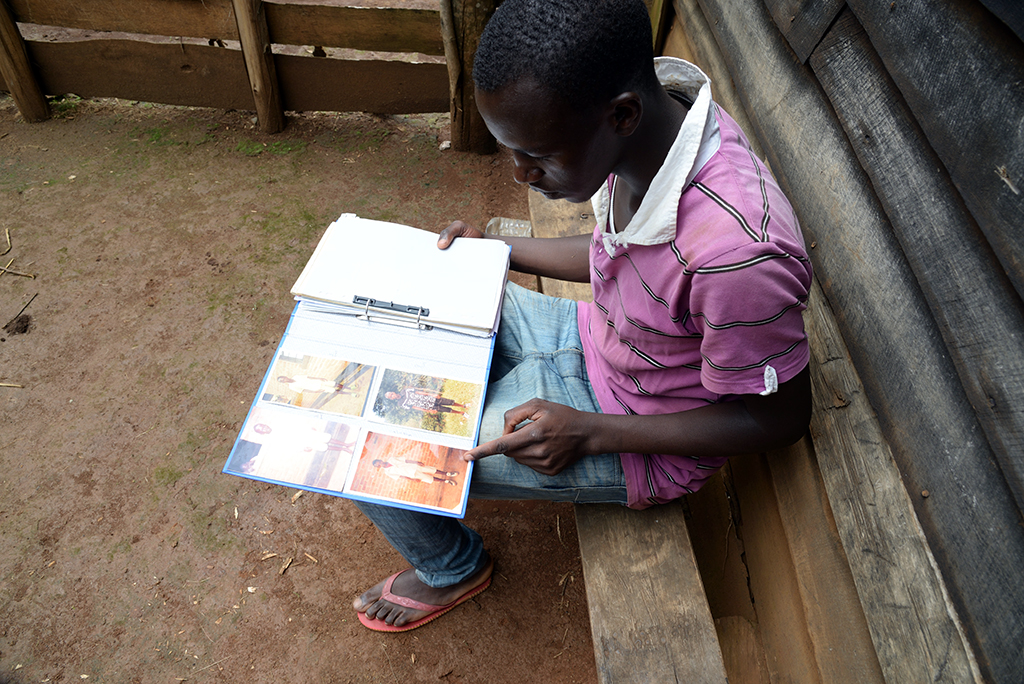 Things changed when Charles found a sponsor through Compassion. ŌĆ£My grandson is still alive thanks to Compassion child sponsorship,ŌĆØ Laurence explains. ŌĆ£I could not afford the medication and food supplements for Charles at the time he was diagnosed with HIV, and neither can I afford them now. He is healthy today because Compassion has given him food supplements and all that he needs.ŌĆØ

18. Did you know thereŌĆÖs a World AIDS Museum? The museum in Florida provides interactive experiences that document the history, deepen the understanding and remove the stigma of HIV and AIDS.

20. The World Health Organisation are running an "Everybody countsŌĆØ campaign. WHO are advocating for access to safe, effective, quality and affordable medicines, including diagnostics and other health commodities as well as health care services for all people in need.

21. Talking of awareness progress, the National AIDS Trust have been campaigning every MP to wear a red ribbon at Prime MinsterŌĆÖs questions next week. TheyŌĆÖve also produced a load of handy school resources for teachers.

22. Between 2010 and 2016, new HIV infections in east and southern Africa declined by 56% among children (0-14 years) to an estimated 77,000. Declines in new infections were greatest in Mozambique, Uganda and Zimbabwe. 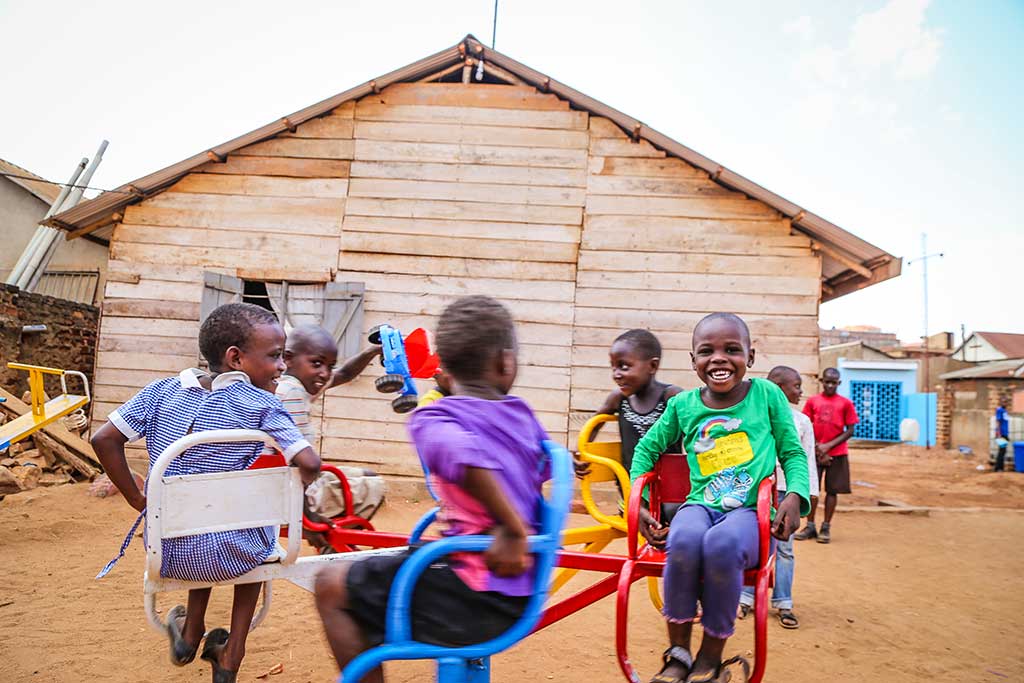 23. The Salvation Army has been a vital player in the fight against HIV and AIDS since the early 1980s. Today, the Salvation Army World Service Office provides broad, effective support for people living with HIV and their families. In Nigeria, theyŌĆÖve been ensuring mums have access to antiretroviral treatment to stop the spread of the virus to unborn or newborn children.

24. Data is being generated and innovative research undertaken to accelerate the progress in the global fight against AIDS. The World Health Organization and the Collaborative Initiative for Paediatric HIV Education and Research of the International AIDS Society┬Ā have undertaken a global research prioritisation process. TheyŌĆÖve established a global research agenda aimed at guiding research efforts and maximising available resources. ItŌĆÖs focused on testing, treatment and service delivery for informing global policy change. Its laser focus is on improving outcomes for infants and children living with and affected by HIV.

25. A major milestone was achieved in 2016 where, for the first time, it was found that more than half of all people living with HIV (53%) now have access to life-saving treatment.

26. This weekŌĆÖs questions to the ministers will include a number inspired by World Aids Day. The questions will include supporting young people as partners, leaders and advocates within the global response to HIV and the effect of reductions to the public health grant since 2015-16 on access to sexual health services and HIV prevention services.

27. In east and southern Africa, improved availability of provider-initiated and community based HIV testing services now means three out of four people living with HIV are aware of their status.

29. Last year, Compassion gave 13,686 children, 261 babies and 1,985 parents and caregivers access to antiretroviral drugs. We enabled 162,337 children and 109.399 parents to receive their first HIV test. WhatŌĆÖs more, our Health Response enabled us to provide specialist support to 2,297 HIV positive children in 25 countries around the world.

How to Make a Football From Plastic Bags

Looking for ideas to keep your kids entertained this summer? Why not have a go at making your own homemade football …

Period poverty is real. It robs girls of their dignity and leaves them vulnerable to sickness.

WeŌĆÖre sharing 30 striking water photos that made us think twice about wasting water.