After 26 years without even a photo of his father, discover how Christian was reunited with the family he believed he’d lost during the 1994 Rwandan genocide. 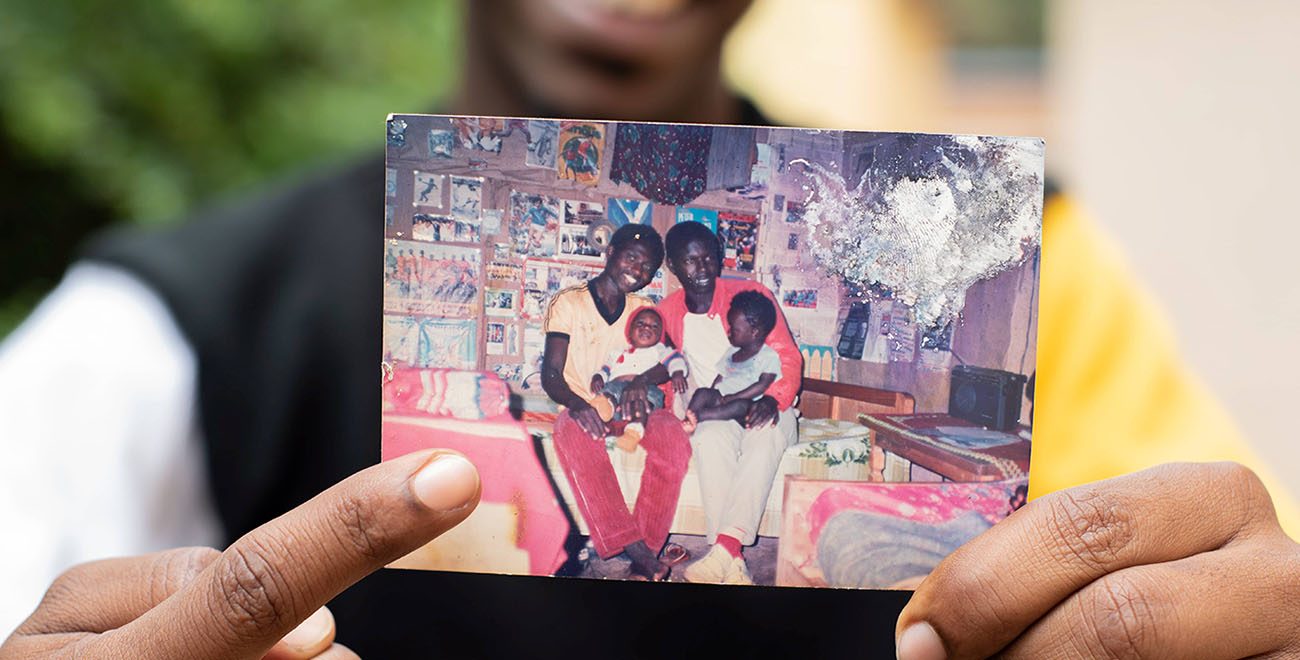 How Christian and his mum survived the 1994 Rwandan genocide remains a mystery to him. In the space of one hundred horrific days, more than 800,000 men, women and children were slaughtered as Hutu militias took up arms against the ethnic Tutsis and moderate Hutus. By the end, 12 percent of the Rwandan population had been killed, leaving many families with only one or two surviving members.

For the last 26 years, Christian and his mum believed they were the only survivors from their entire family.

A phone call changed this. Fifteen missed phone calls, to be exact.

A family lost through genocide

While Christian is too young to remember the genocide, that doesnŌĆÖt change the lasting trauma the event had on his life.

ŌĆ£I have very little information of how my mother and I survived the genocide because itŌĆÖs still tough for her to share with me what happened,ŌĆØ says Christian. ŌĆ£It was so traumatic for her as she lost my father at the time when they had just married and started a family.ŌĆØ

The genocide not only left Christian without a father, their house and any memories of his father were also destroyed. Since then, Christian has longed to even hold a photo of his father.

ŌĆ£When I lost my father, I lost my identity. I always wished to at least see a photograph of him. But God had great plans for me,ŌĆØ says Christian.

Christian was six years old when he was registered at a church-based Compassion project. Thanks to the local church and his Compassion sponsor, Christian not only received educational opportunities, nutritious meals and regular medical check-ups, he also found healing and forgiveness.

ŌĆ£I was given hope,ŌĆØ exclaims Christian. ŌĆ£I received love and care from my sponsor and the Compassion project staff. With their help, I was able to come to terms with not having a father because I have Jesus Christ as my Saviour.ŌĆØ

Thanks to the support of his child sponsor, Christian excelled at school and went on to university. Today, heŌĆÖs a prominent presenter and news anchor at Authentic Radio and Television in Rwanda. 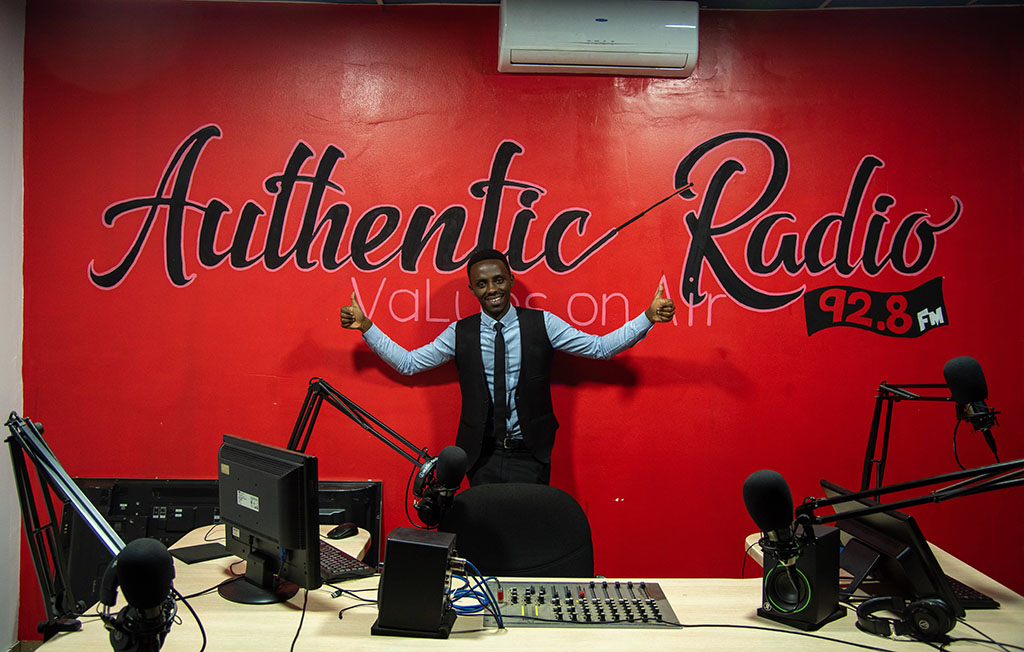 ŌĆ£On the shows I host, we encourage people. Our message is that despite all the troubles in this world, GodŌĆÖs love is greater than the challenges we face,ŌĆØ says Christian.

In 2019, Christian shared his testimony with Compassion to mark the 25th anniversary of the Rwandan genocide. He never imagined that sharing his story of loss and forgiveness would enable him to reunite with long-lost family. Once again God was at work.

One of Christian's uncles was reading a Compassion blog when he saw Christian's testimony.

ŌĆ£I was in church when I realised I had 15 missed calls,ŌĆØ Christian shares. ŌĆ£My phone had been on silent mode. When I stepped out of the service to call and find out why someone had made 15 calls in the space of seven minutes, the person on the other side of the call told me they were my uncle from my fatherŌĆÖs side of the family.ŌĆØ

Understandably, his initial reaction to the phone calls was scepticism: ŌĆ£I thought they were con men, so I switched off my phone because I couldnŌĆÖt believe it,ŌĆØ he says.

However, the man on the other end of the phone was indeed ChristianŌĆÖs uncle.

Christian eventually turned his phone back on after the church service, and his uncle called again.

ŌĆ£I asked them several questions and put them in contact with my mother to verify if they were truly my relatives,ŌĆØ Christian says. ŌĆ£After talking to my mother, she confirmed to me that they were my uncle and aunt.ŌĆØ

Amazingly, Christian's aunt, Pascasie, was an avid listener to his radio show and had always admired how he counselled listeners and preached the Gospel. 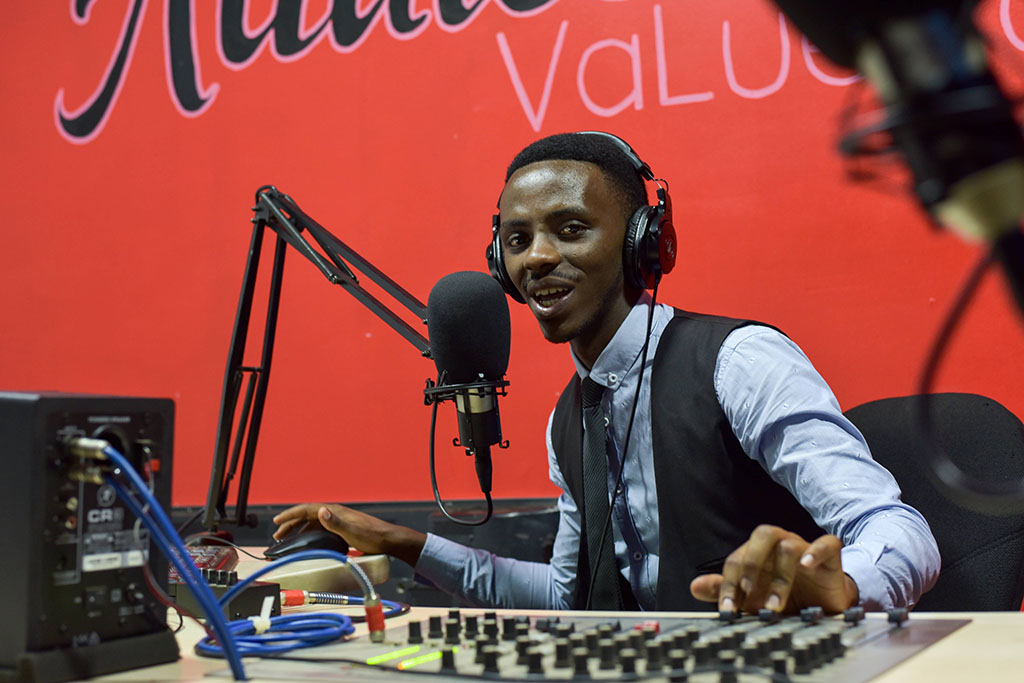 "I had never met Christian physically, but I enjoyed listening to his radio shows. When I was told that he was my nephew, I couldn't believe that we would be reunited with him after 26 years. It's a miracle because we had been told that they had been killed when their home had been destroyed in the genocide," says Pascasie.

"When I met Christian the first time, it was like seeing my brother again,ŌĆØ she continues. ŌĆ£They look so alike. I hugged him and I didn't want to let him go. I'm so grateful to Compassion because you didn't only take care of our nephew by sending him to school and providing for all his needs, but now you have also reunited us as a family."

"I wish to also thank our nephew's sponsor for standing in the gap for us and loving our nephew unconditionally so that today he is the great man he is thanks to all of you."

You can stand in the gap for a child by becoming a Compassion sponsor today.

Being reunited with his fatherŌĆÖs side of the family also fulfilled a life-long desire of ChristianŌĆÖs. He finally had a photo of his father. 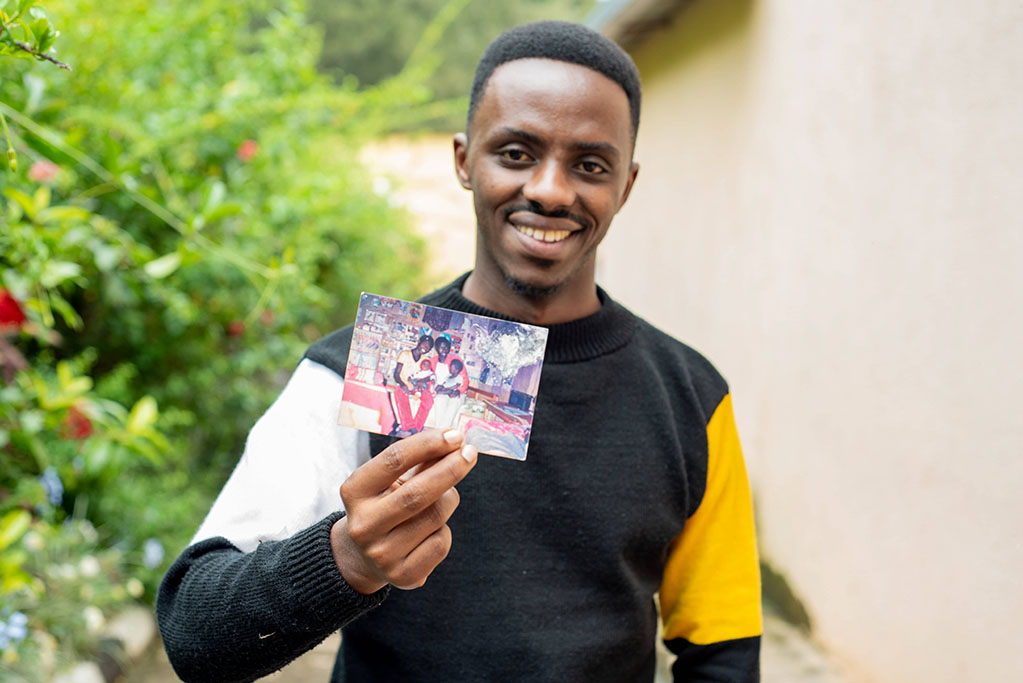 "I was so excited to hold a picture of my father in my hands as it was always my wish,ŌĆØ says Christian, his voice full of emotion. ŌĆ£When I saw the photo, I was reminded of a dream I had as a child of my fatherŌĆöI was surprised that there was a striking resemblance. I'm so grateful to God and Compassion for once again bringing joy to my life."

"It's true that God works in ways that we cannot understand. I didn't know that telling my story would be a platform for reuniting with my family and getting my long-time wish of seeing my father's photograph. Miracles truly exist."

ChristianŌĆÖs story is testament to the fact that God transforms lives. When ChristianŌĆÖs sponsor made that life changing decision to sponsor a child they never imagined how God was going to use that young, six-year-old Rwandan boy whose photograph and letters they treasured. Beyond the educational opportunities, nutritious meals and regular medical check-ups, sponsorship helped Christian find love, healing and forgiveness. Something he continues to pay forward today.

You too can empower the life of a child like Christian in JesusŌĆÖ name.

This brand new free resource will help you talk to your children about big issues such as poverty and caring for the world around them.

Girls and Computers: How Compassion is Helping Girls Conquer the Digital Gender Gap

Access to technology is crucial in this digital age. Yet women and girls are often excluded from it. For International Day of the Girl Child, Compassion explores the digital gender gap and how weŌĆÖre empowering girls to bridge it.

Your Words, Their Treasure: How Kind Letters Make a Difference

Ani’s about to graduate from the Compassion programme. As she reflects on her time at Compassion, it’s her relationship with her sponsor that’s given her much joy. Read AniŌĆÖs story and be encouraged. Our letters matter, and our kind words make a difference.

As we look forward to celebrating International Youth Day (12 August), let’s hear from Compassion’s sponsored children around the world as they share their dreams for the future.