A 3 minute guide to the East Africa drought

You may have read about the devastation the East Africa drought is causing, but how does it affect a child? A family? 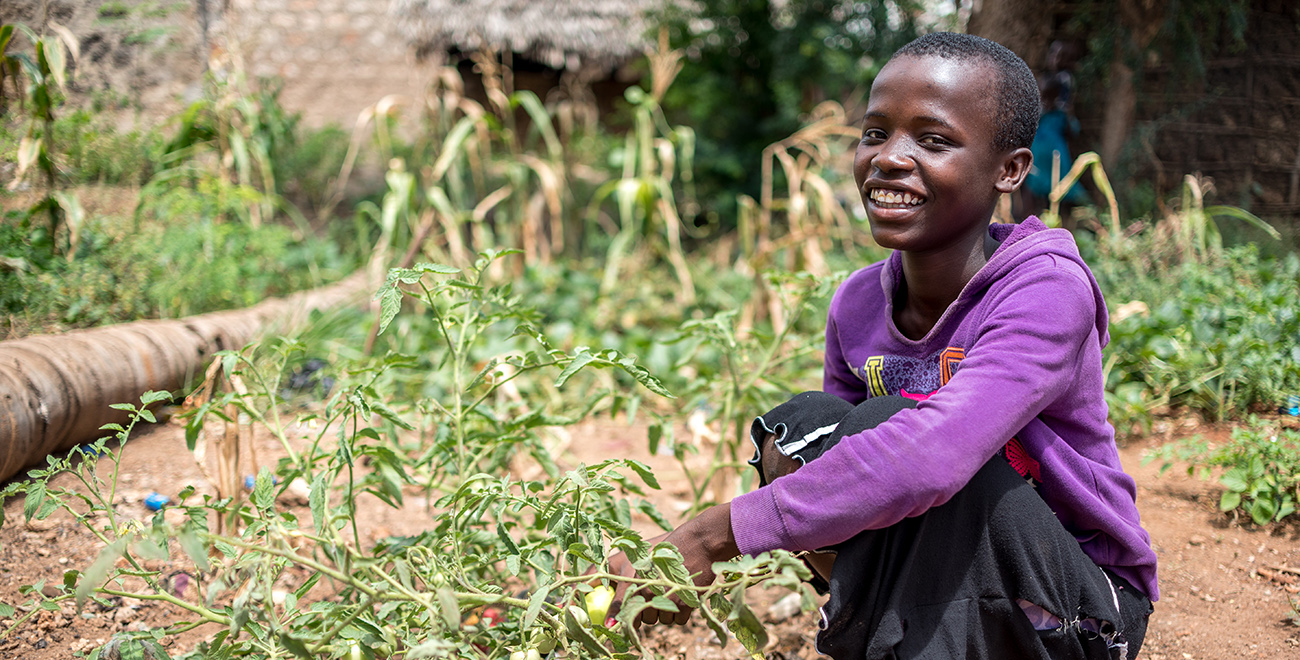 You may have read about the devastation the East Africa drought is causing, but how does it affect a child? A family?

Flora, 13, wakes up as the sun peeks over the horizon. She starts getting ready for school, taking care not to wake her five siblings who are asleep next to their mother Zawadi on the floor of their single roomed house in Muyeye, Kenya. Flora momentarily soothes her rumbling stomach with a hot cup of strong tea and puts on her uniform. 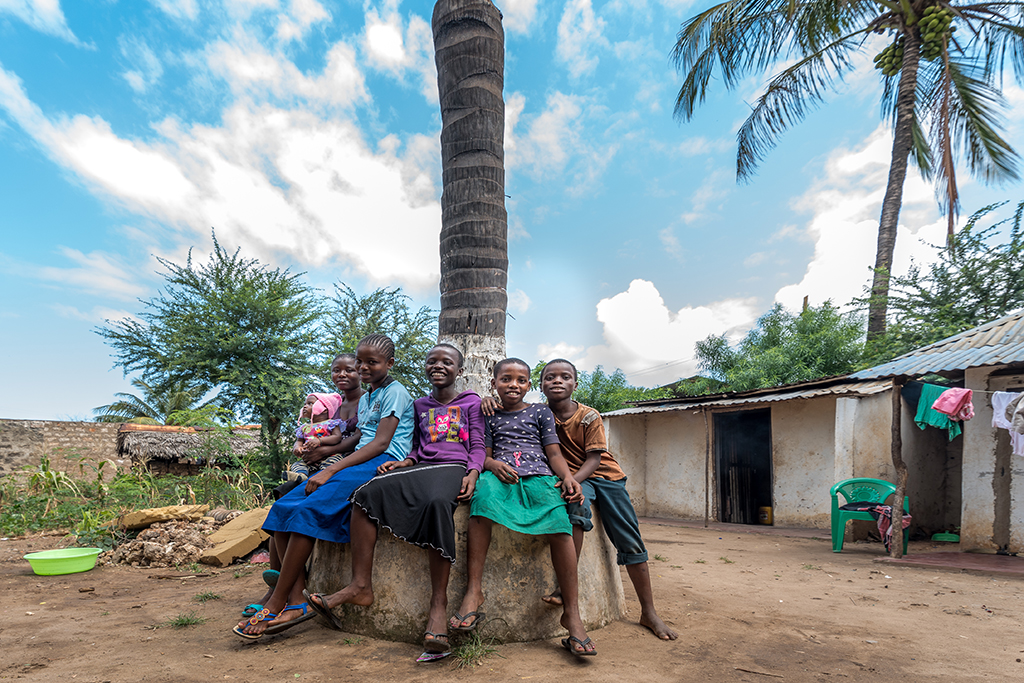 Barely two hours later, Zawadi receives an urgent message from school that Flora has collapsed. A few of her classmates carry her to the edge of the playground and rush to call the teacher who administers first aid. When Flora regains consciousness, she describes her ordeal, amidst tears, ŌĆ£I struggled to concentrate in class all morning. By 9 oŌĆÖclock, the hunger pangs were unbearable ŌĆ”ŌĆØ

When did the East Africa drought start and what caused it?

During the 2016 October to December season, rainfall dropped significantly across the East and Horn of Africa. Prior to this there had already been three consecutive years of diminished food production and pastoral resources. This led to a reduced capacity to absorb another food shortage and as a result, over 23 million people in this region are currently in need of food assistance. Conflict-ridden countries like South Sudan and Somalia are at risk of famine; South Sudan has already declared famine. If there are continued seasons of less than expected rain, the crisis will deteriorate. The UN has called this ŌĆśthe worst humanitarian crisis since World War TwoŌĆÖ.

Are the countries where Compassion works affected?

Currently the countries where Compassion works that are affected include Kenya, Uganda, Ethiopia and Tanzania. These four countries have experienced lower agricultural yields and, as a result, higher food prices. 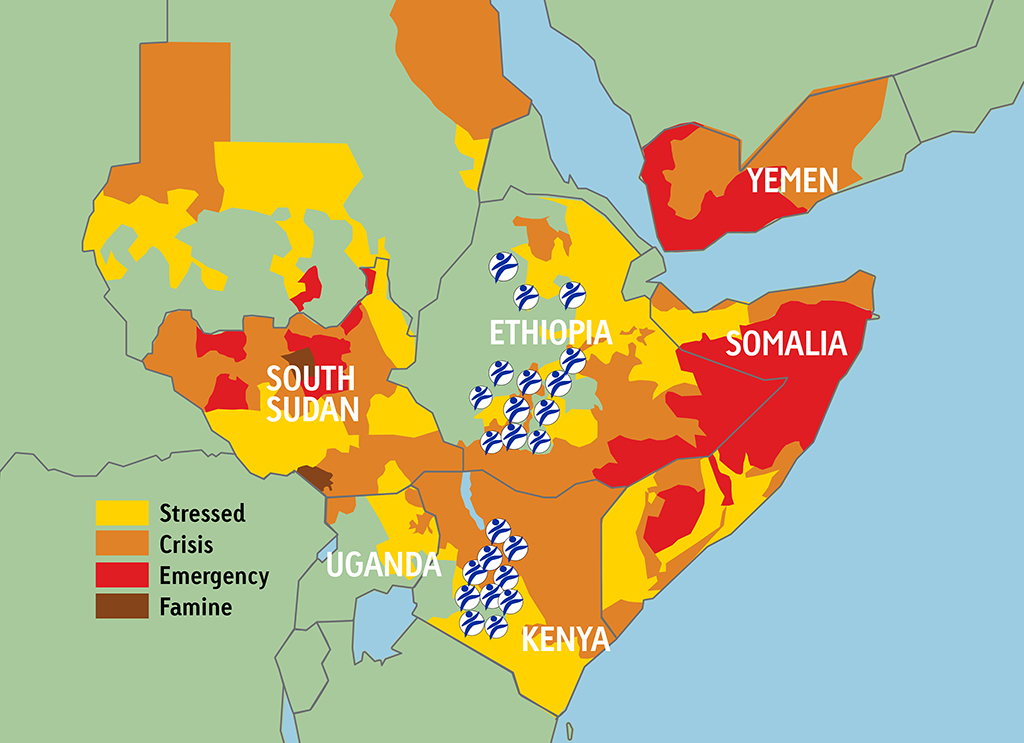 The drought is having an impact on Compassion-assisted families in these regions and many families have been left without reliable access to sufficient quantities of affordable, nutritious food, and clean water. If the upcoming rain seasons donŌĆÖt suffice, the drought will have a far-reaching effect on our church partners, especially those based in arid regions, and more intervention will be needed to sufficiently meet their needs.

Because CompassionŌĆÖs programme is delivered with the local church, our response is centred on supporting and resourcing the affected churches to meet the long-term needs of their communities.

Our local church partners who are located in some of the drought-prone areas are offering contextual interventions that enhance food security to children and their families. They are continuing to identify families who are at high risk and providing additional food rations or supplements in the short-term. 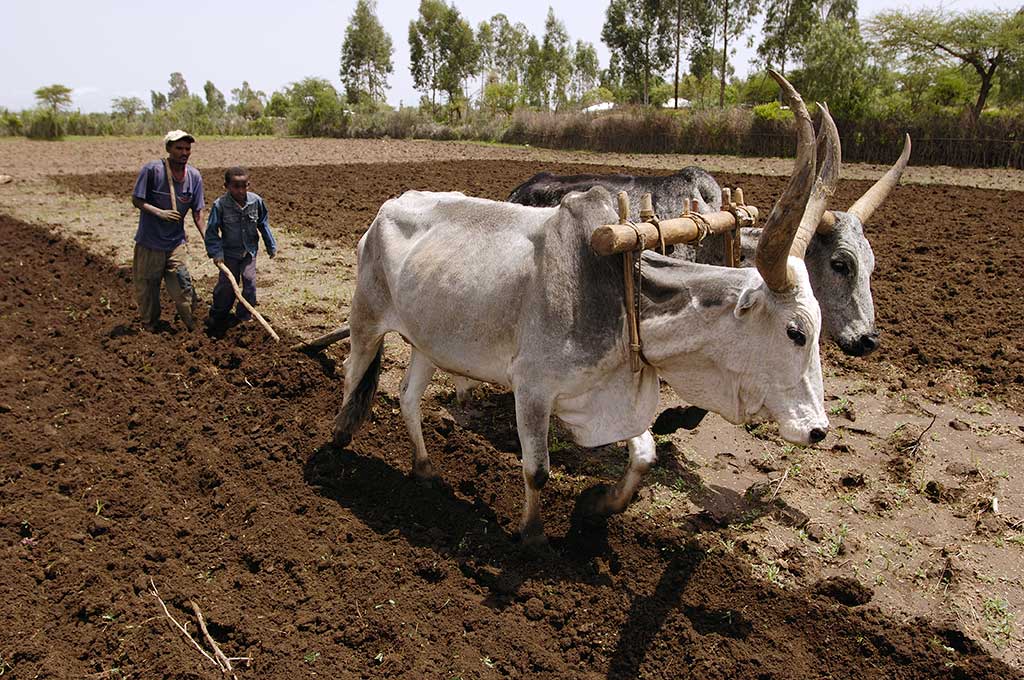 In addition, they are instituting long-term measures through RESPOND such as education on farming methods that employ simple, yet modern technologies in order to increase efficiency and crop yield, micro-enterprises that diversify and increase income sources for families, as well as revolving saving funds which encourage caregivers to save and lend to each other at sustainable interest rates.

Church partners are also reaching out to local agencies to garner more support towards affected families in their respective communities and arranging rapid disaster assessments for areas where thereŌĆÖs potential need.

As consecutive seasons of drought scorch harvests and ruin livelihoods, itŌĆÖs become increasingly important to empower children and their families through education and providing long-term practical interventions to help mitigate the effects of drought.
Families have benefited from certified seeds and modern farming technologies such as greenhouses that help to increase yield by reducing pests and diseases, while conserving available water for irrigation. Through CompassionŌĆÖs RESPOND fund, churches have also been able to provide water tanks to households to increase water storage capacity, and build wells, sand dams, underground water tanks and water pans for rainwater harvesting that benefit not only the individual sponsored children, but also the communities around them.

Many families have participated in income generation activities such as farming goats, sheep, chicken and other livestock, which supplement daily dietary needs and offer income when sold. This response is in line with the World Food ProgrammeŌĆÖs guidance; that quicker and more creative methods need to be employed to scale-up food and nutritional responses.

What can I do? How can I help?

Thankfully, none of our local church partners are in areas experiencing a level of drought that has been categorised as being in the ŌĆśemergencyŌĆÖ phase. And thanks to generous supporters, we have been able to use RESPOND funds to support many of the initiatives described above to help families that are being affected.

We ask you to stand with us in prayer, not just for the Compassion-affected countries, but for every nation currently facing this crisis. And giving to our RESPOND fund means we are well equipped on a global scale to deal with crises like this as they arise.

ŌĆ£When Flora fainted from weakness as a result of starvation, I was heartbroken,ŌĆØ Zawadi says struggling to keep back her tears. ŌĆ£That feeling of not being able to provide for your children makes me feel helpless.ŌĆØ 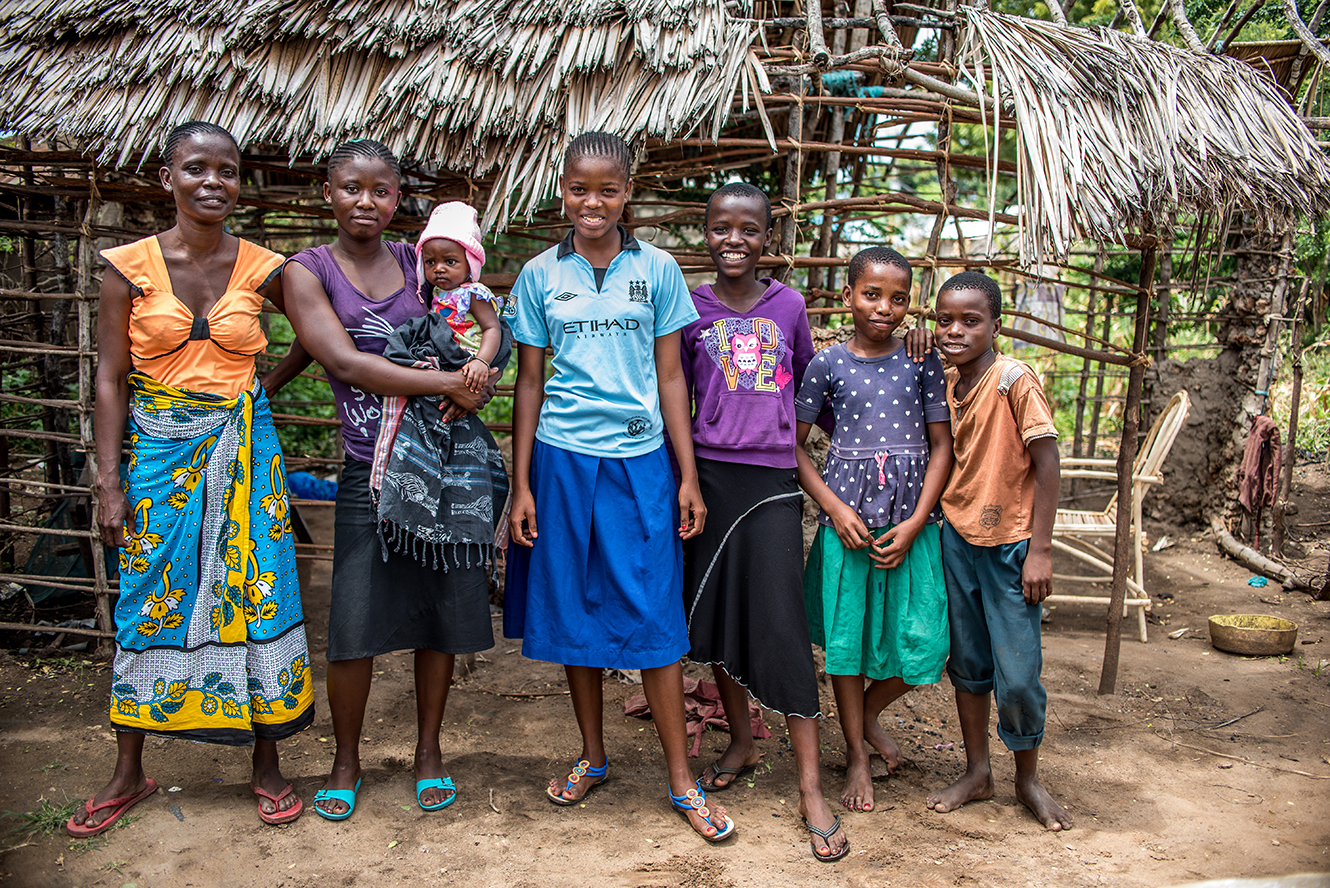 As a single mother of five children, Zawadi has done every odd job imaginable to try to provide for her family. ŌĆ£I used to break rocks for a living but when I started having chest complications as a result of the dust, I had to stop. I presently wash clothes for people for small fee.ŌĆØ Unable to afford rent, her older brother allows her to stay in a room with her children.

It was with great joy that Zawadi received the news eight years ago that her daughter Flora had been sponsored by a lady in the UK. Flora started going to school, playing at the project and receiving weekly nourishment. But even that was not enough to fend off the full effects of the drought.

Which is why ZawadiŌĆÖs family was among the 5,000 beneficiaries from 50 Compassion-assisted churches that benefitted from a RESPOND project which aimed to alleviate hunger among the people affected by the drought. On the day of the food distribution, the centre was pulsating with singing and dancing as the caregivers thanked God for the provision. Many of them had brought their entire families along to help in ferrying the sacks of food back home. 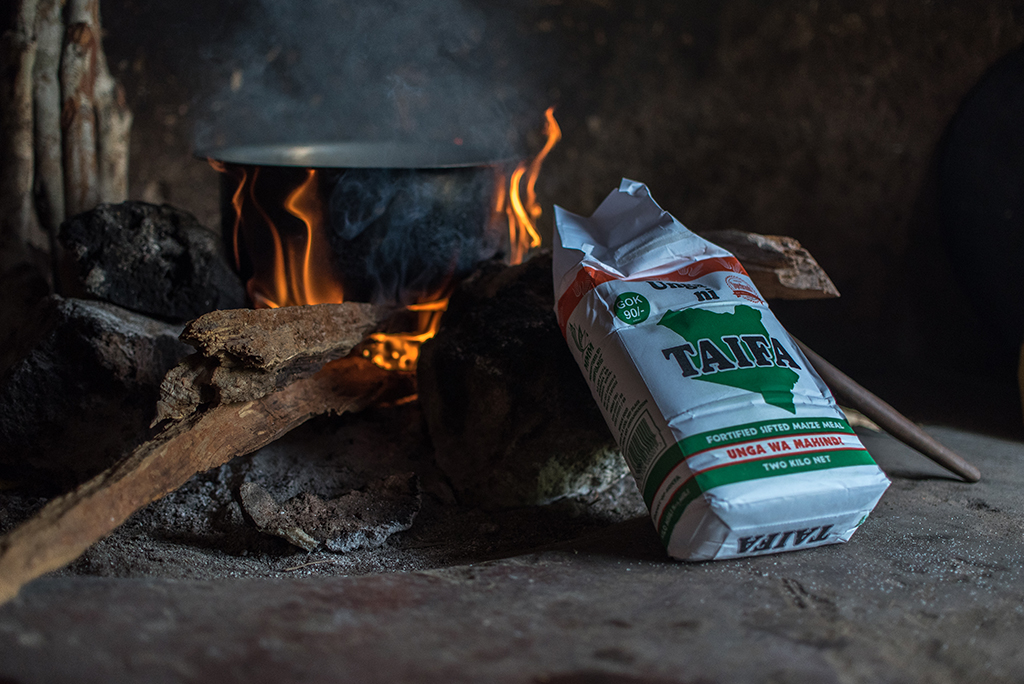 ŌĆ£I received 10 kilograms of rice, beans and maize meal flour. It was a great burden lifted off my shoulders. Now my children could eat to their fill for a few months. I was able to save some money that I used to buy vegetables and other food items. I am very grateful and I thank the donors who made it possible. This was GodŌĆÖs blessing to us,ŌĆØ Zawadi explains.

Many families have been provided with seeds for a vegetable garden so they can cultivate tomatoes, onions and other vegetables to consume at a household level. FloraŌĆÖs family is one of them.

Every day after school, Flora rushes home to tend her small vegetable garden. It gives her great joy and a sense of responsibility. She gently prunes the leaves of the tomato plant and carefully sprinkles water on its roots. Flora pauses momentarily to watch a plane fly overhead and disappear into the horizon, reminding her of her desire to one day conquer the skies as a pilot.